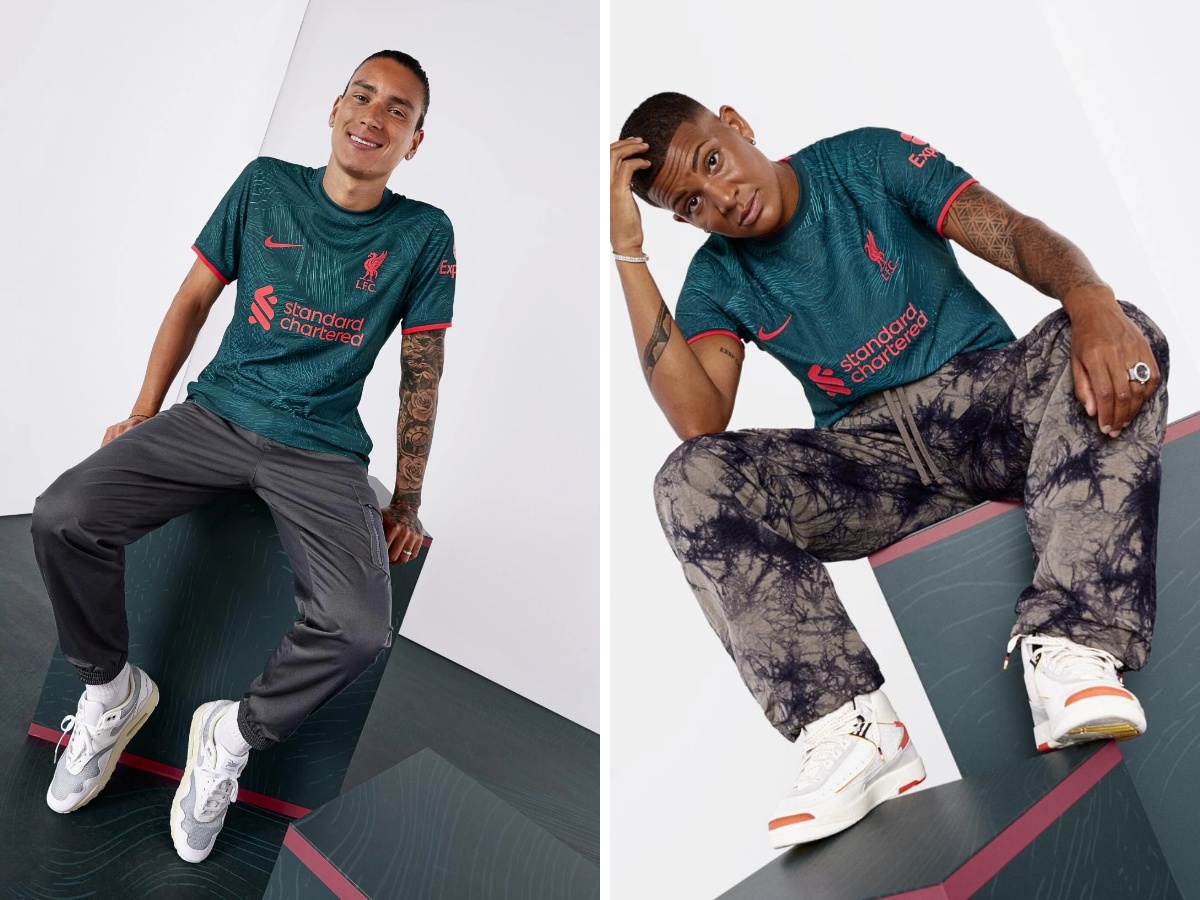 Nike have just dropped off Liverpool’s Third Kit for the 2022/23 season, with a slick new design that celebrates the flags and banners taken across Europe by the travelling Kop.

Arriving with a dark green body, the shirt is hit with red accents on the club badge and lining, with a colour scheme described as “Dark Atomic Teal and Rio Teal, with Siren Red sleeve cuff”.

The club’s alternate kits have long been linked to European competitions and with the Champions League group stages back this week, Liverpool salute the supporter tradition that plays a huge part in the club’s rich European history and success.

Liverpool will wear the kit on away matches in Europe and some away days in The Premier League, with the kit getting its first outing when The Reds travel to Naples to face Serie A outfit Napoli on Wednesday night in their first group match of the Champions League campaign.

A special custom-made banner by supporter and flag maker Mark Sweatman has also been produced for the launch, taking centre stage in the campaign video above. The footage was filmed at the Olympia in Liverpool – an iconic venue used after Liverpool’s European nights – with the soundtrack supplied by local Liverpool band (and Reds fans) The Cheap Thrills.

Similar to the new season’s home and away strips, the away kit is also sustainably made, with on the pitch and replica jerseys constructed with 100% recycled polyester fabric, which is made from recycled plastic bottles.

Alongside this, a new LFC name and number style has been introduced for the back of shirt, which takes inspiration from the city, with a contemporary take on Liverpool’s historic street signs. The product is printed with water-based inks as a more sustainable option and will be worn for cup competitions and friendlies.

Get a closer look at Liverpool’s 22/23 Third Kit below and cop the kit now via Nike and the Liverpool webstore. 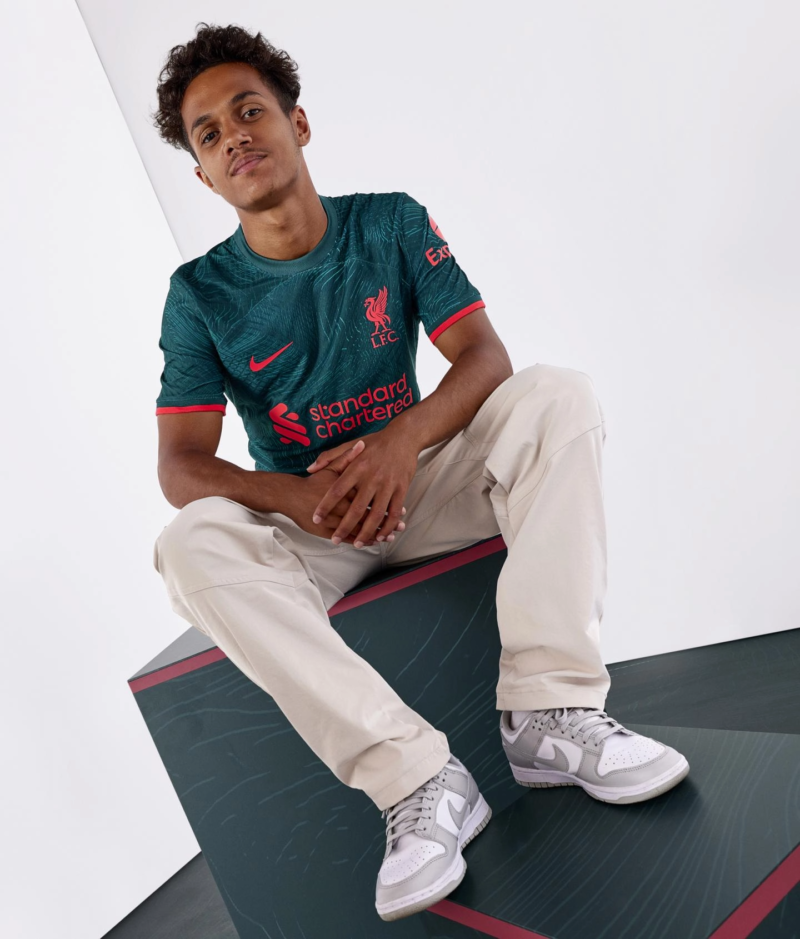 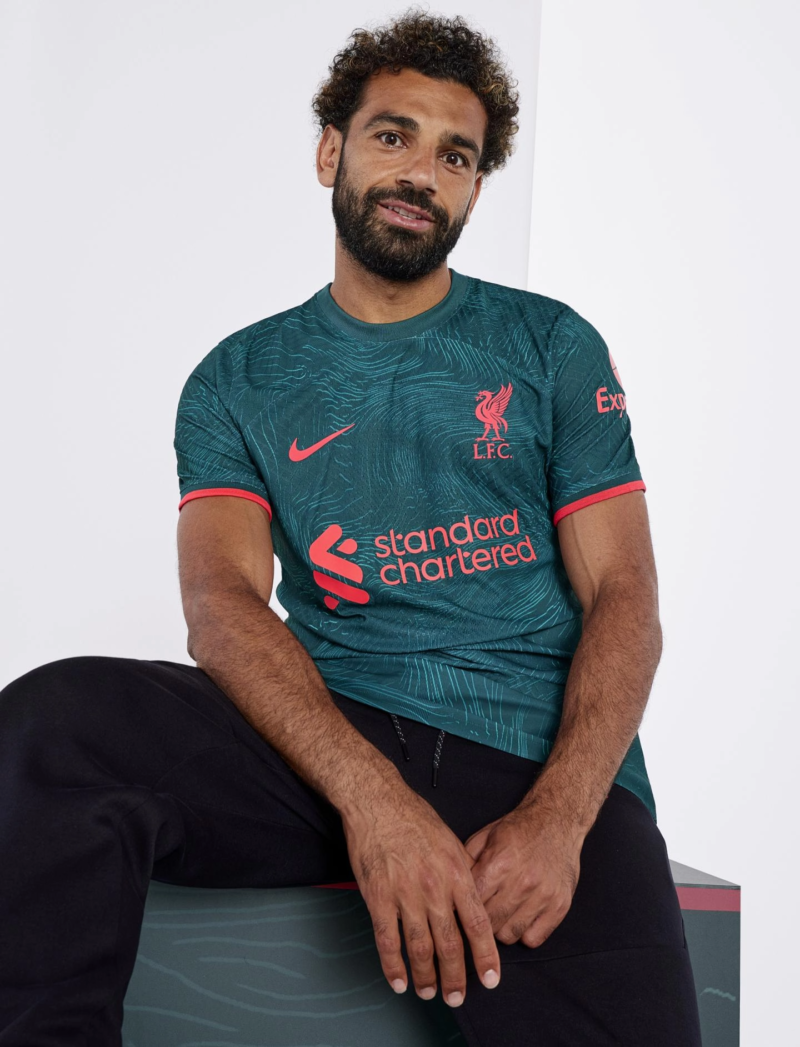 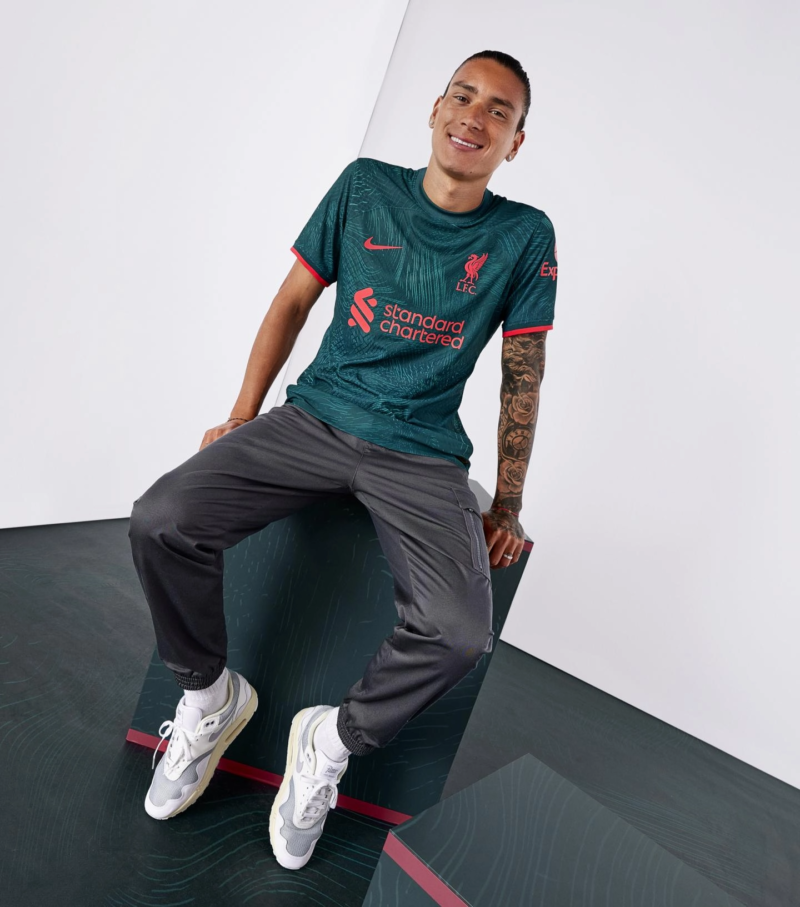 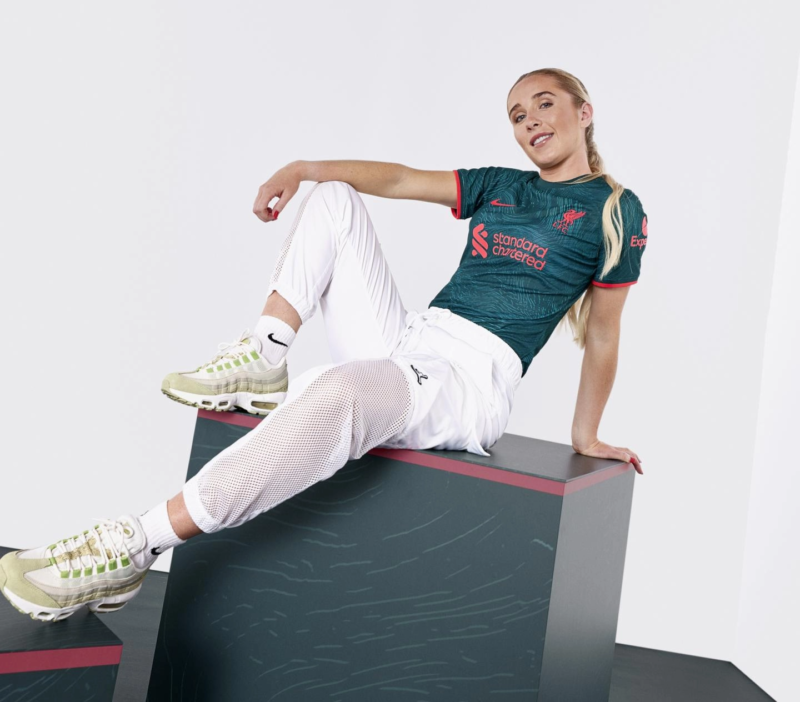 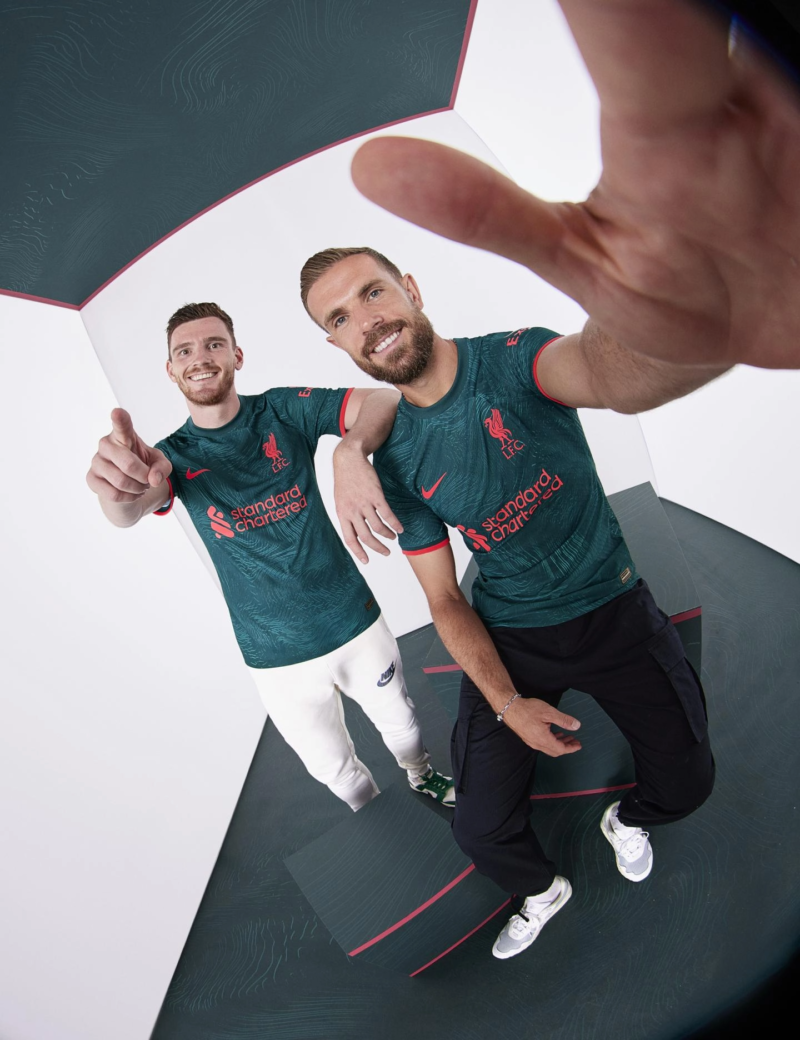 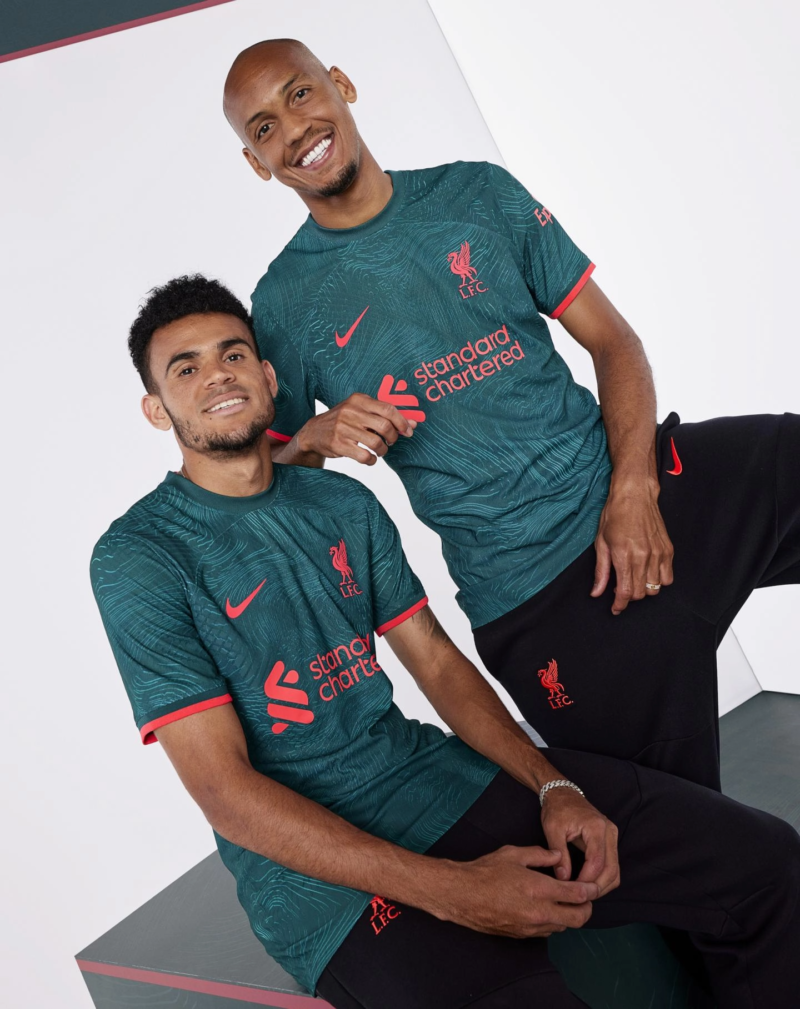 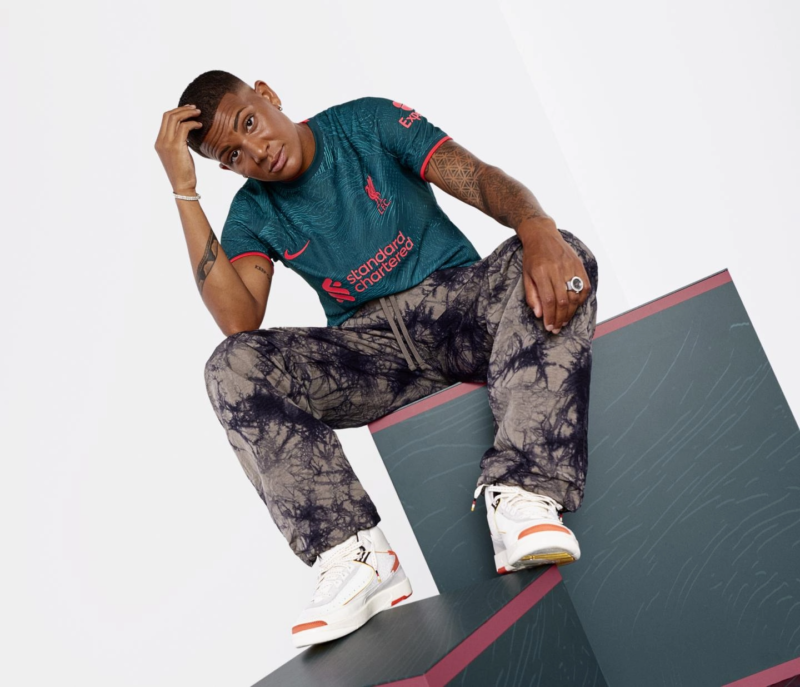