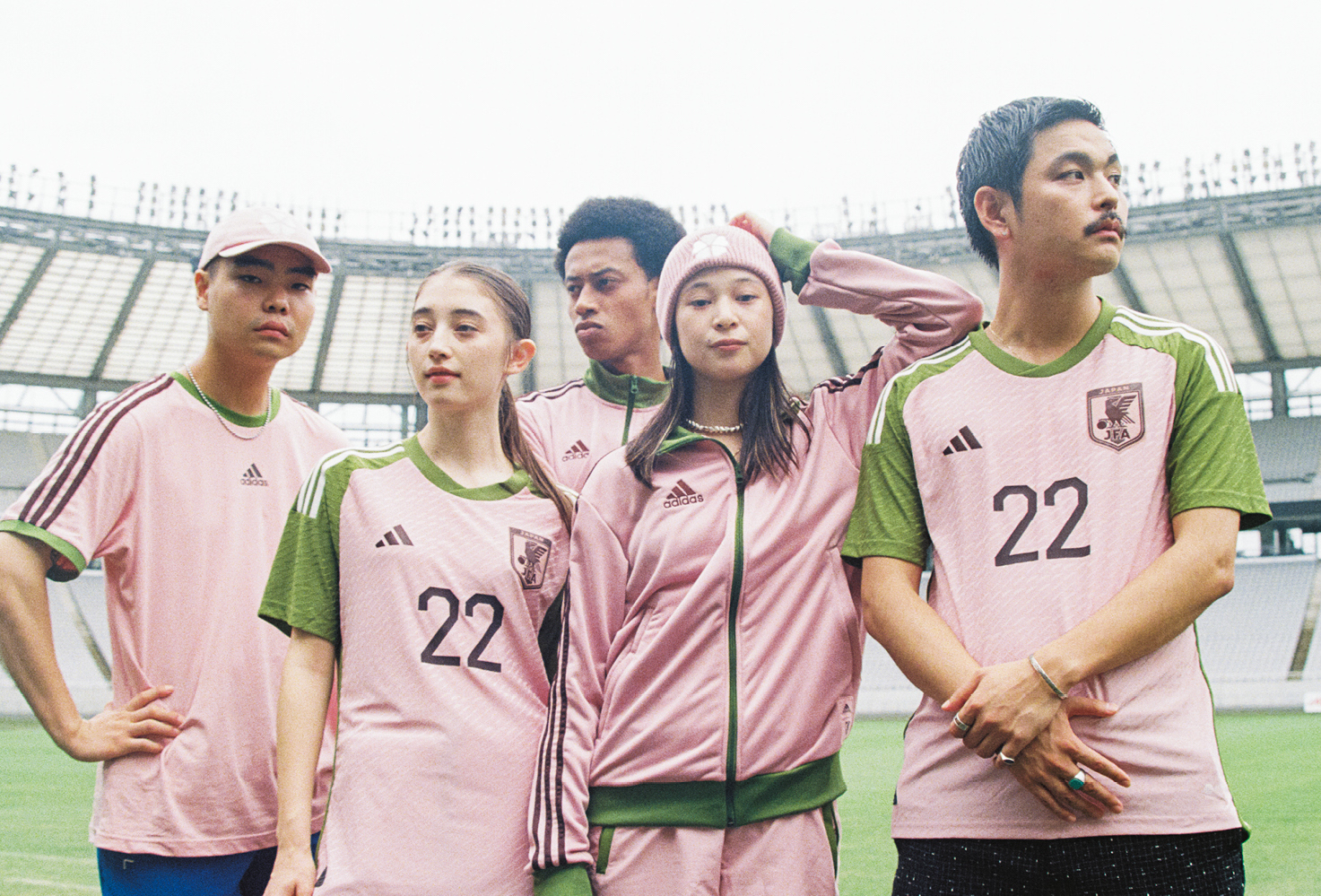 adidas and Japan are leading the charge for national teams using the World Cup as a platform to express a nation’s style and culture.

Ahead of next month’s tournament, adidas have linked up with culture powerhouse NIGO – known most notably as the founder of BAPE, artistic director at KENZO and designer for Human Made – to drop a ‘Special National Team’ collection, inspired by the natural beauty and culture of Japan.

Using a blend of ‘Wonder Mauve’ and ‘Crew Green’, the new look stays inspired by the landscape and craftsmanship of Japan while paying homage to the symbolic cherry blossom and ‘Sakuramochi’ – a seasonal Japanese dessert that has gone global in recent years.

Further symbols of the cherry blossom feature throughout, with an emblem featuring NIGO’s trademark heart motif placed on the nape of the neck. Alongside the shirt, the three stripes have also included off-pitch wear too: a t-shirt, tracksuit, and other accessories.

In the hopes of making a statement in Qatar this winter, they’ll certainly do so off the pitch at least. Speaking on the collabortion, NIGO said: “I hope that beyond any boundaries, between players and supporters or one nation and the rest of the world, we all can unite under football and share a common joy.”

The Japan National Team Special Collection will be available exclusively on ‘Confirmed’ from today and will be on the adidas app and stores worldwide from October 28. 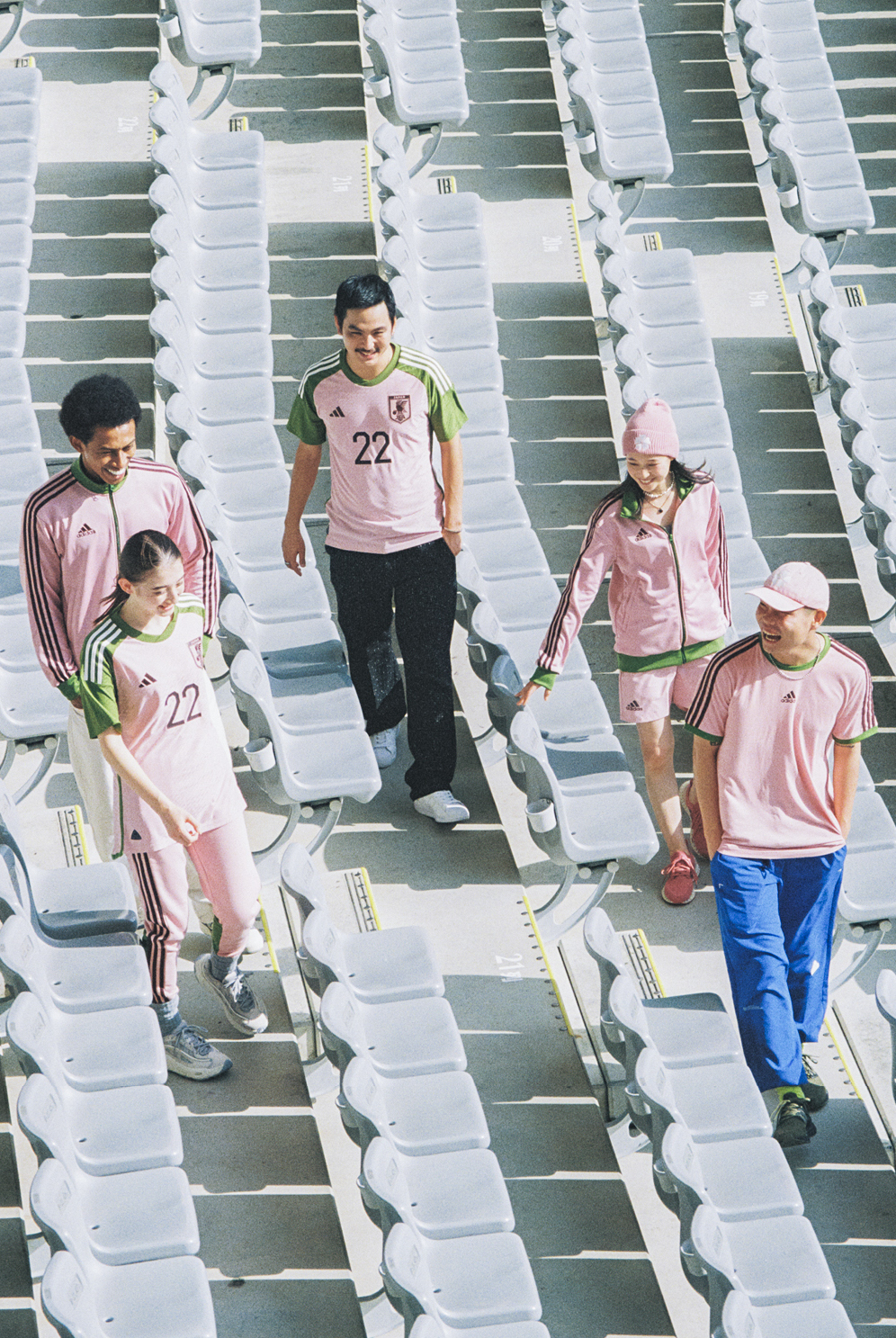 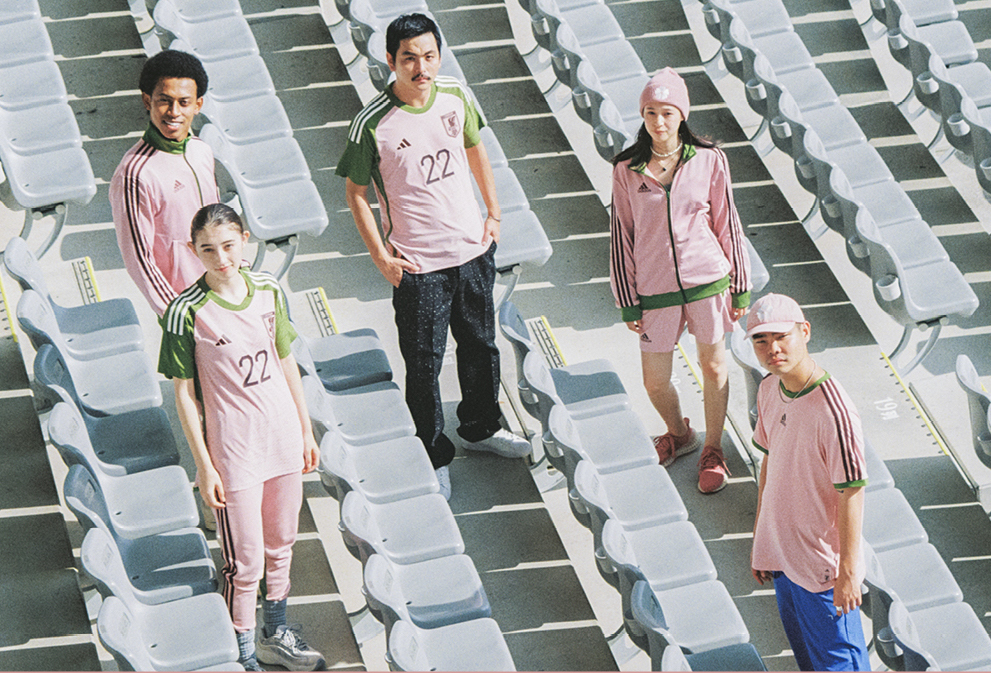 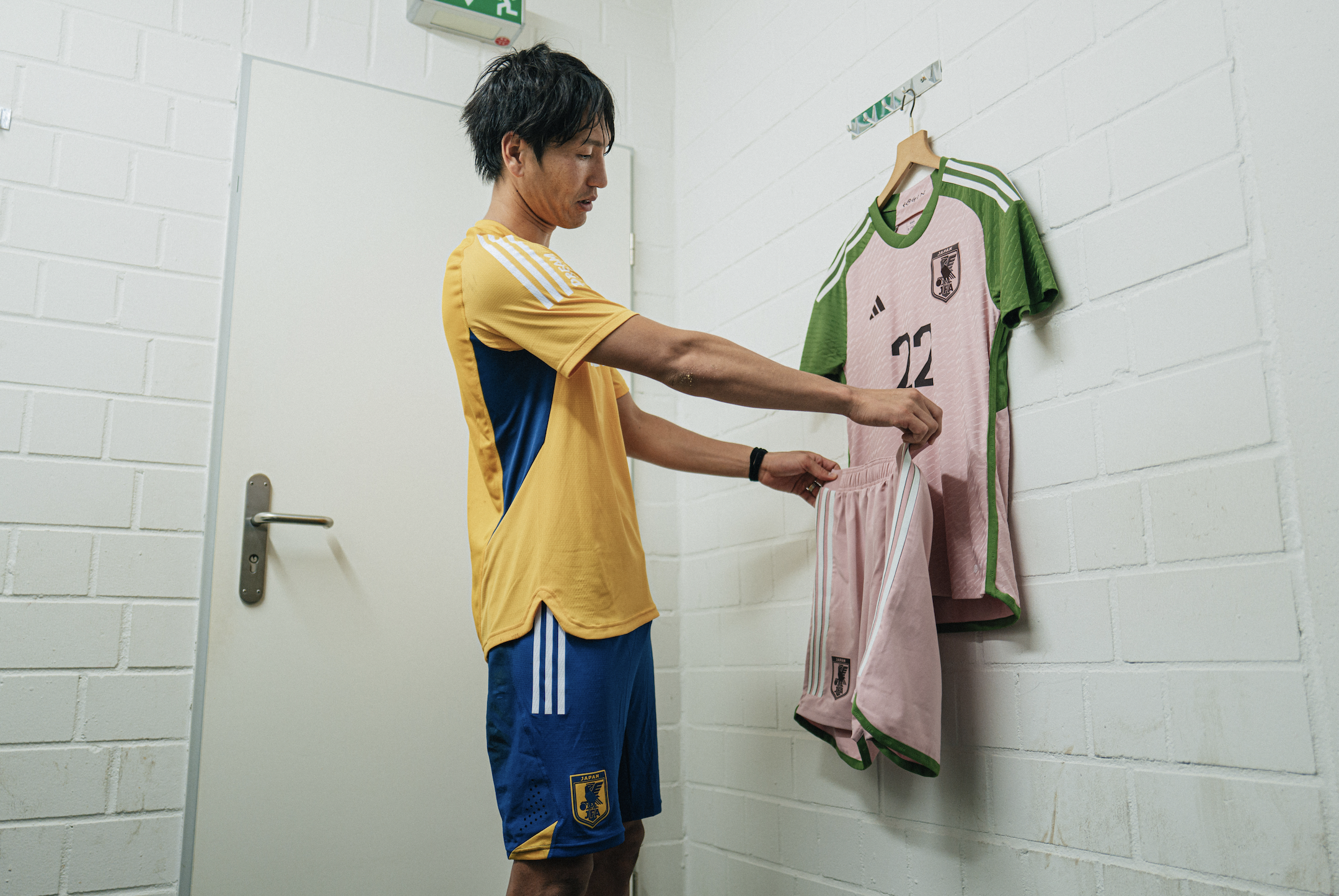