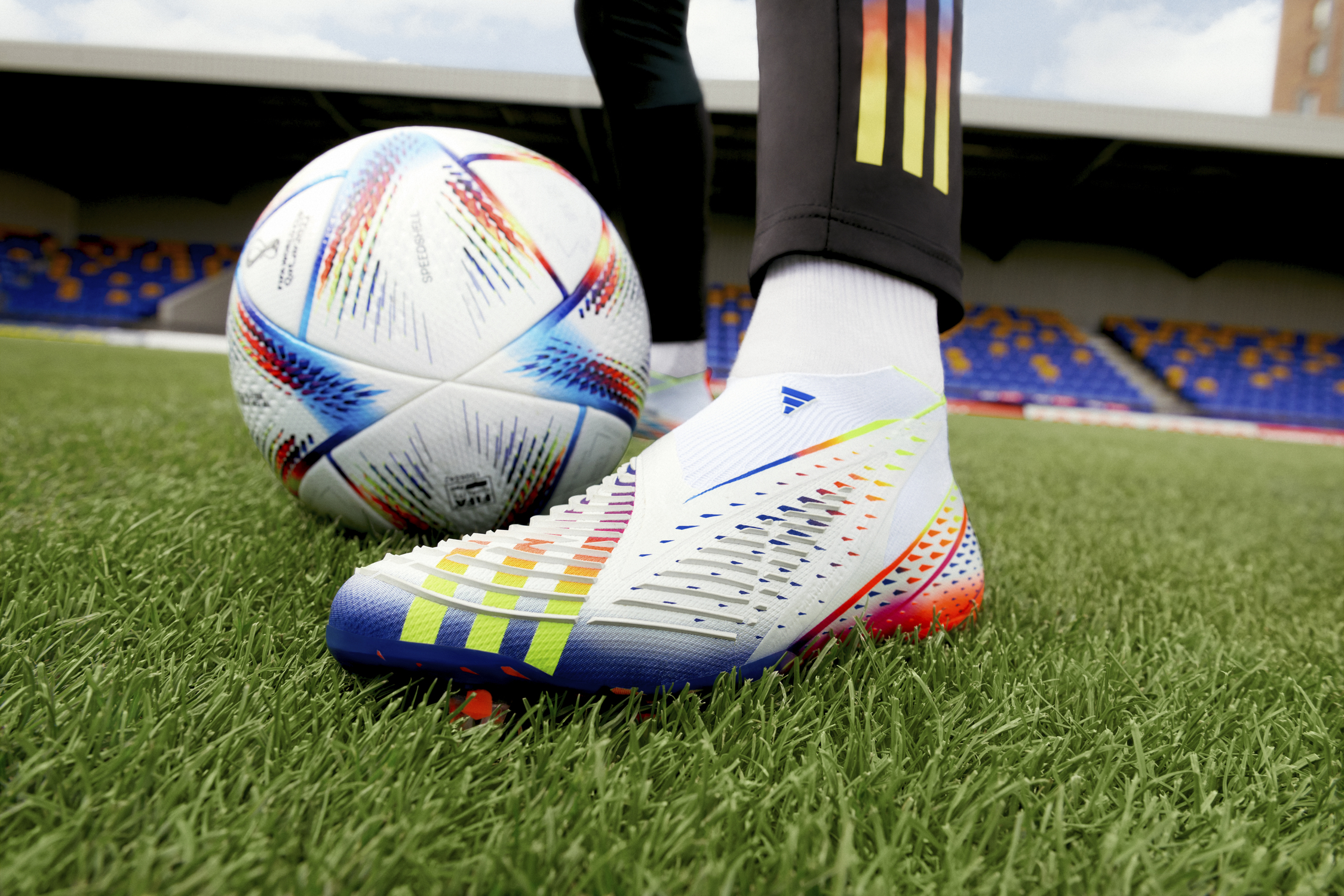 adidas have released the ‘Al Rihla’ boot pack in preparation for this winter’s World Cup in Qatar.

Following in the footsteps of the ‘Al Rihla’ official World Cup ball drop earlier this year, adidas’ latest boot series sees the ‘Predator Edge’, ‘X Speedportal’ and ‘COPA Sense’ arriving in an array of bright colours inspired by Qatar’s flag, architecture and iconic Dhow boats, while also incorporating some of the best boot technology on offer.

Translating from Arabic as “the journey”, the twinned ‘Al Rihla’ boot and match ball collection aims to highlight the commitment, unity and determination each team has embodied to reach the biggest stage in football – something each silhouette does in its own unique way.

adidas’ latest release the ‘X Speedportal’, comes in a “Clear Aqua/Solar Red/Power Blue” colourway and prioritises speed and comfort by using the brand’s updated SPPEDFRAME technology, stability system, and SPEEDSKIN 2.0 – all of which will help players with acceleration and grip to take their games to new dimensions.

The ‘Predator Edge’ features an upper made from ZONESKIN, ideal for supporting players’ swerve, spin and grip, while the sole’s new FACET FRAME will deliver stability and traction when needed most, courtesy of its weighted forefoot – offering optimal power transfer from boot to ball.

Arriving in a “White/Solar Yellow/Power Blue” colourway, its white base allows a spectrum of colours to play out across the upper and soleplate of the ‘Predator Edge’, while the repositioning of the Three Stripe branding across the forefoot makes this one of the most eye-catching boots of the year.

The final piece of the ‘Al Rihla’ puzzle is the ‘COPA SENSE’, the only boot to arrive in “Core Black/Bright Cyan/Team Solar Yellow”, its black base highlights graphics lifted straight from the official match ball and champions the power of touch by incorporating design innovations such as the SENSEPODS, TOUCHPODS, and SOFTSTUDS to deliver optimum comfort and touch precision.

The ‘Al Rihla’ pack will be available to purchase from October 11 online and via adidas retail stores.

Take a closer look at the collection below. 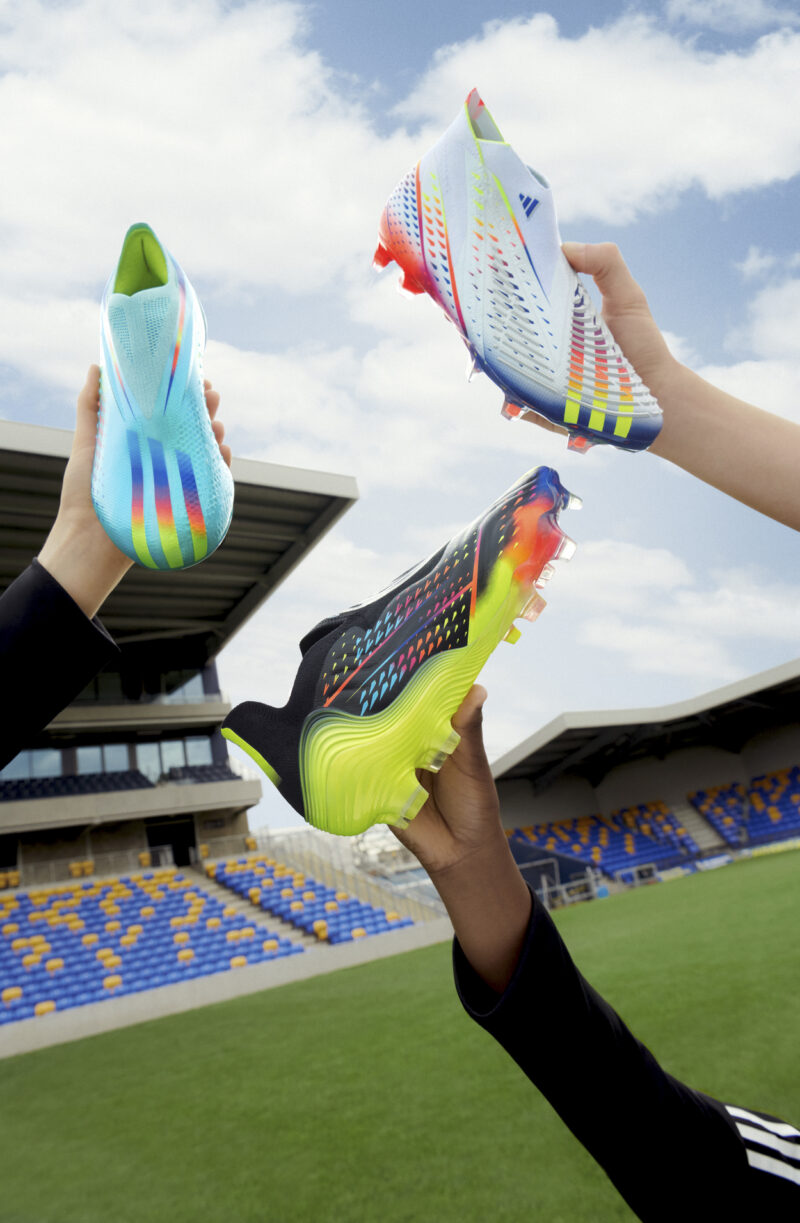 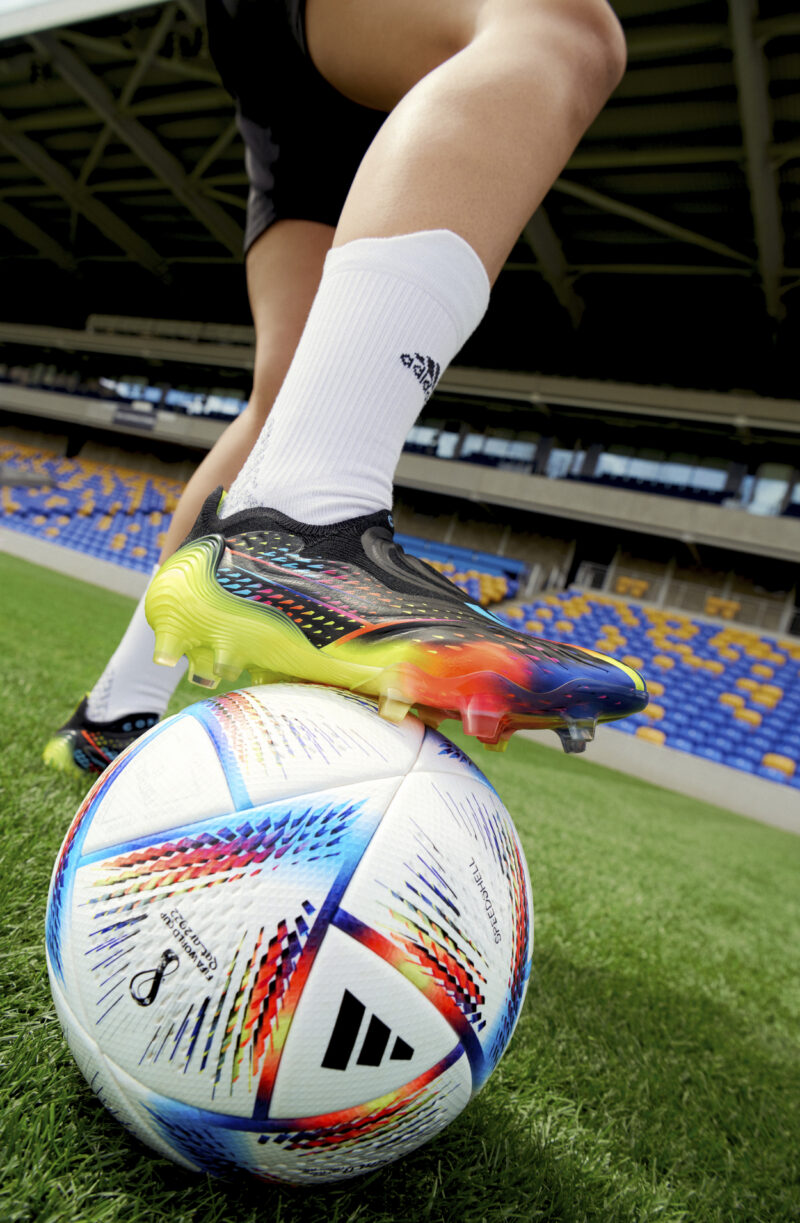 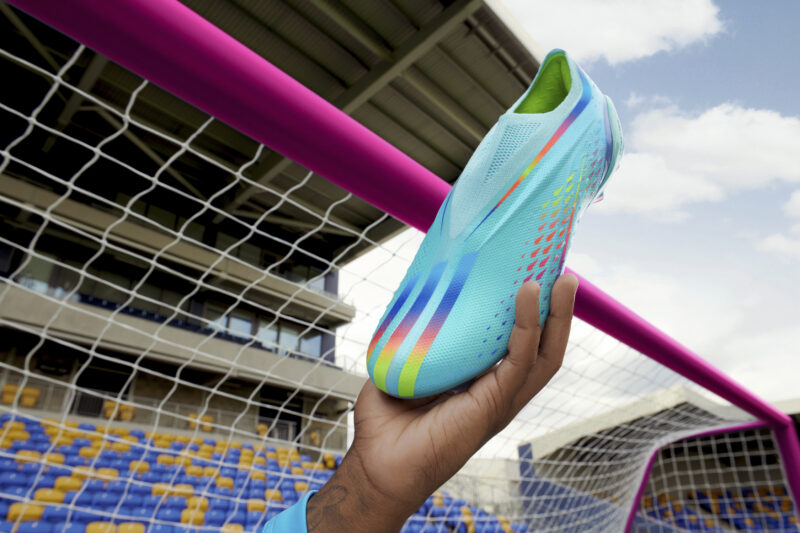 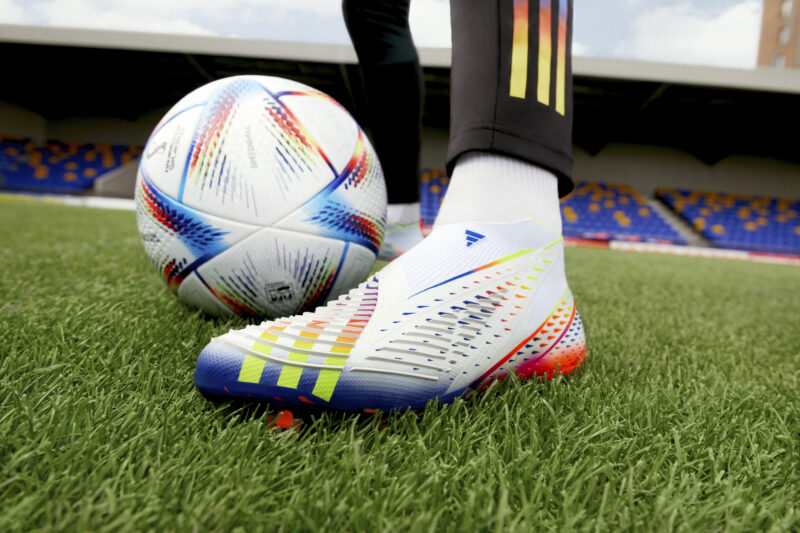