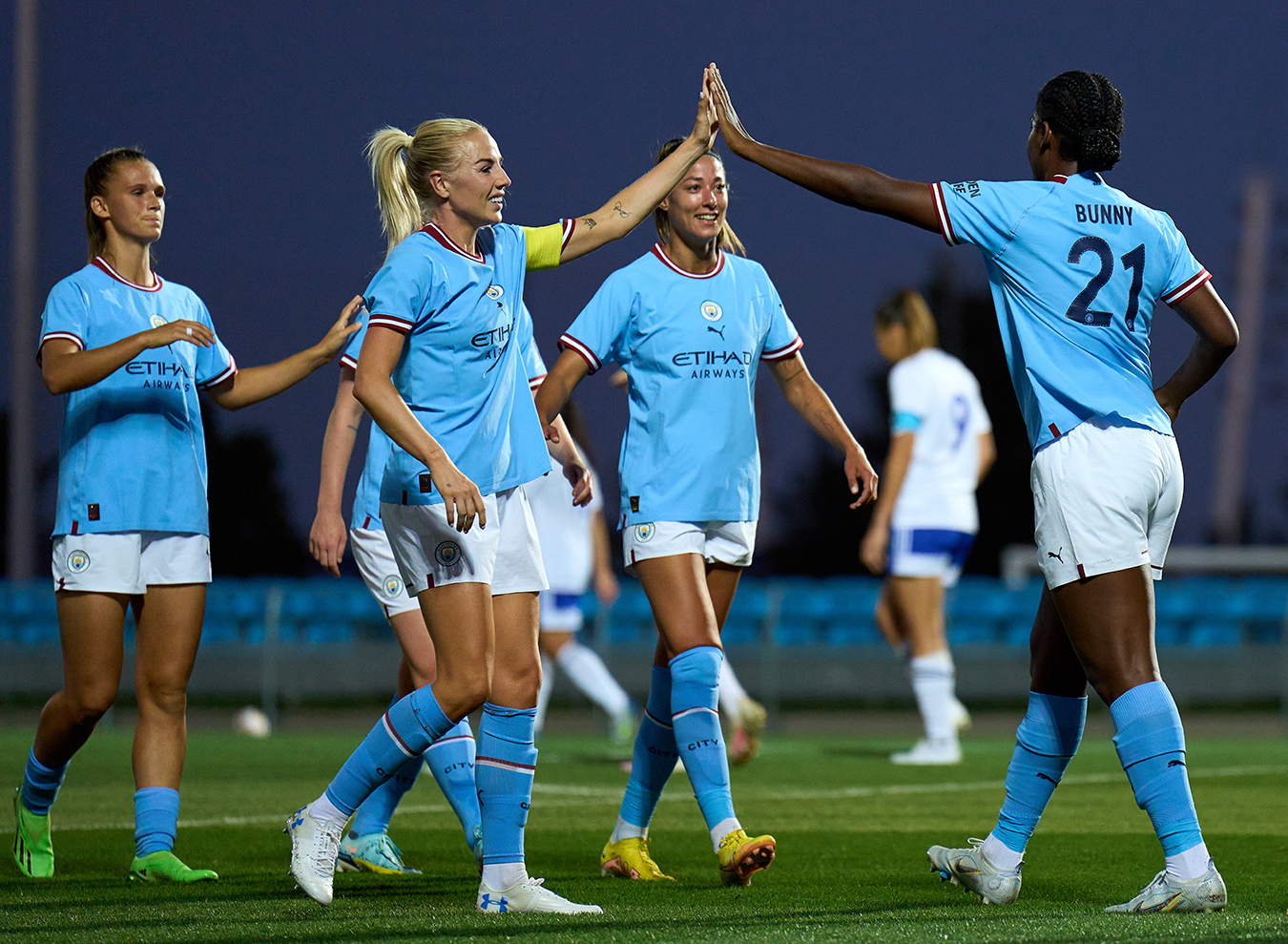 Manchester City Women will change the colour of their shorts from next season to help players feel more comfortable and confident while on their periods.

The Women’s Super League side follows in the footsteps of West Brom, Stoke and Scottish side Livingston, who recently announced their own decisions to get rid of white shorts for their women’s teams.

The Cityzens are the first and only WSL side to make such a decision, one that comes off the back of wanting to create an environment for players to “perform at their highest level.”

In a joint statement from the club and kit manufacturer PUMA, the move away from white shorts in home, away and third kits from the 2023-24 season was made as a result of player feedback.

“PUMA and Manchester City take pride in working closely with our players to support them and create the best possible environment for them to feel comfortable and perform at their highest level.

“As a result of player feedback and the underlying topic of women wanting to move away from wearing white shorts while on their periods, we have decided to implement changes to the products we offer to our female players.”

Earlier this year, ahead of International Women’s Day, Women In Sport interviewed 4,000 teenagers to understand how their attitudes towards sport changed during adolescence – 78% of those interviewed admitted to avoiding sport while on their periods, a worryingly high statistic amongst young people.

By changing the colour of their shorts, one of the game’s most revered clubs – Manchester City – will no doubt have inspired others to follow suit.