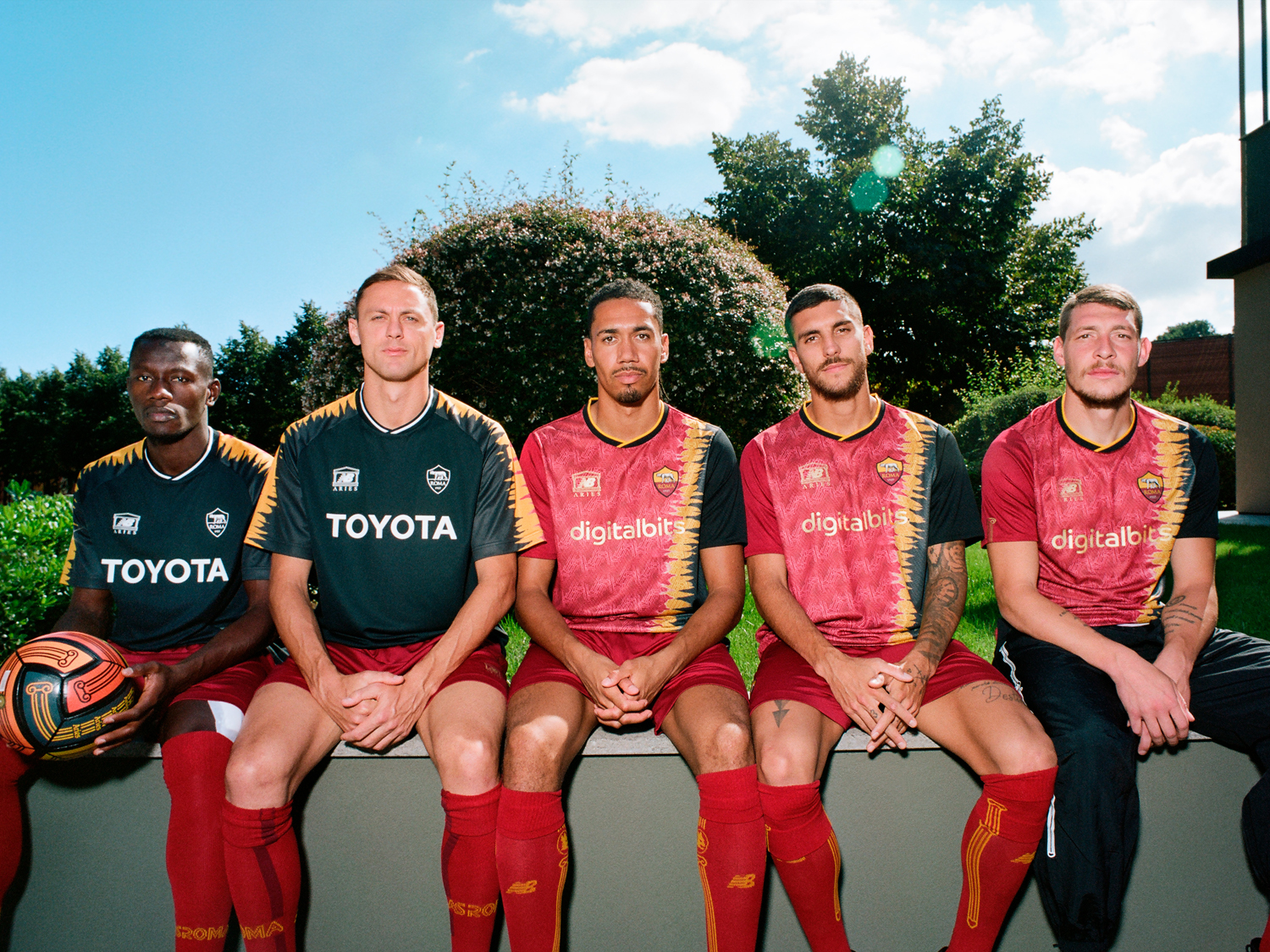 New Balance and British luxury streetwear brand Aries have linked up to produce a unique collection for Italian giants AS Roma, in the latest fashion-inspired drop to hit the beautiful game.

As the relationship between football and fashion continues to flourish, the new collection is a marriage of identities that sees the Giallorossi’s historic colourway infused with the modern motifs and vision of Aries. Taking the spotlight are three custom jerseys, two of which will be worn during the club’s upcoming Japanese tour.

Unapologetically Aries, both shirts take on the brand’s hallmark dyed colouring and marbling design, the first having the carmine of ‘i Lupi’ separated from black by a striking yellow marbling streak. The goalkeeper jersey is an explosion of blue, gold, and black, taking influence from the brand and its Roman founder Sofia Prantera’s core influences – trash culture, art, and illustration.

The collection also includes a range of pre-game apparel including a training shirt that is set to be debuted this weekend in the ‘Derby della Capitale’ between Roma and Lazio. Adopting the yellow marbling streak, the shirt features an all-black front including a monochrome badge, with the back being a black-to-carmine gradient embellished with a fused insignia of Roma and Aries.

Also being worn this weekend is an all-black nylon tracksuit, part of the pre-game collection that also includes a limited-edition silver and gold jersey that portrays some of Rome’s most iconic figures including Lupa Capitolina, Lucius Verus, and Julius Ceasar.

Shot within the Italian capital, the campaign features players like Andrea Bellotti, Chris Smalling, and Lorenzo Pelligrini alongside local Rome-born talent, in a celebration of the city’s iconic architecture, history, and landscape.

Aries Founder and Creative Director, Sofia Pantera said: “To collaborate with an institution like AS Roma is the realisation of how sport, fashion, and culture have become intertwined. Being Roman I understand how important this club is to the millions of fans in this city and around the world, and I wanted to reflect that through designs that celebrated Rome and conveyed its unique expression of football and fashion provenance.”

The collection is being released in two parts, the first of which went live today, and is available online now. The second part of the collection, including the on-pitch jerseys, will go on sale on November 22. 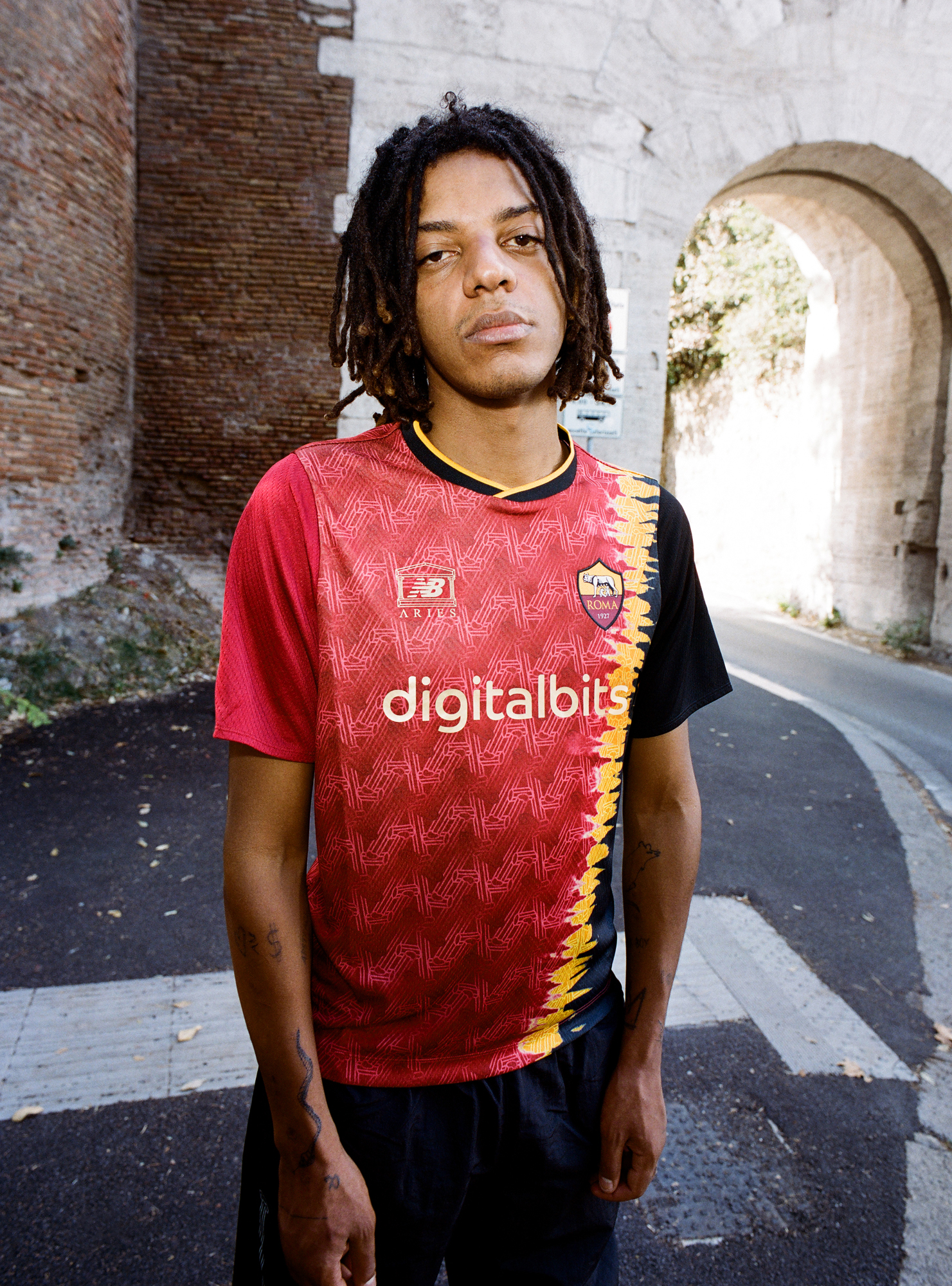 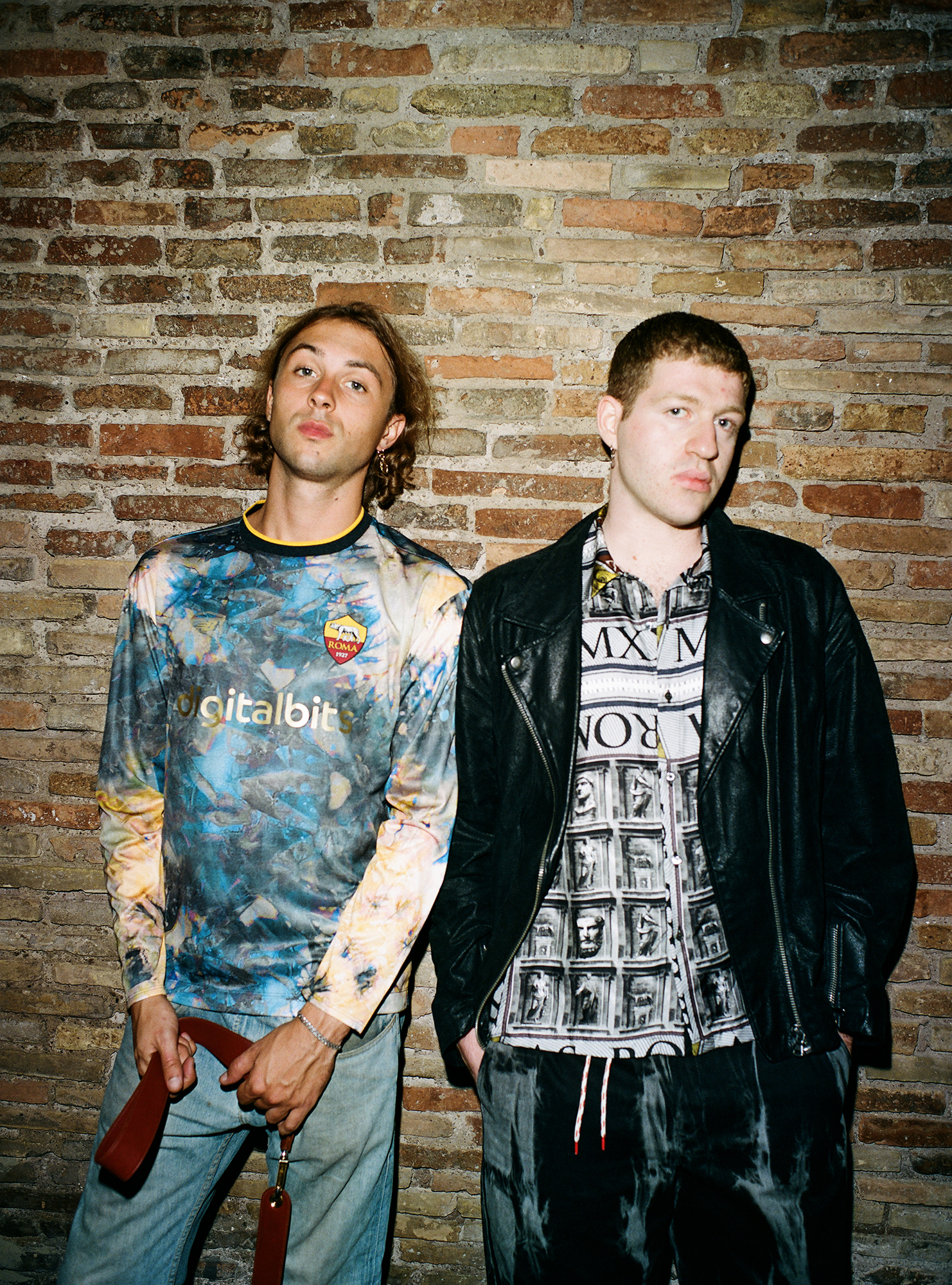 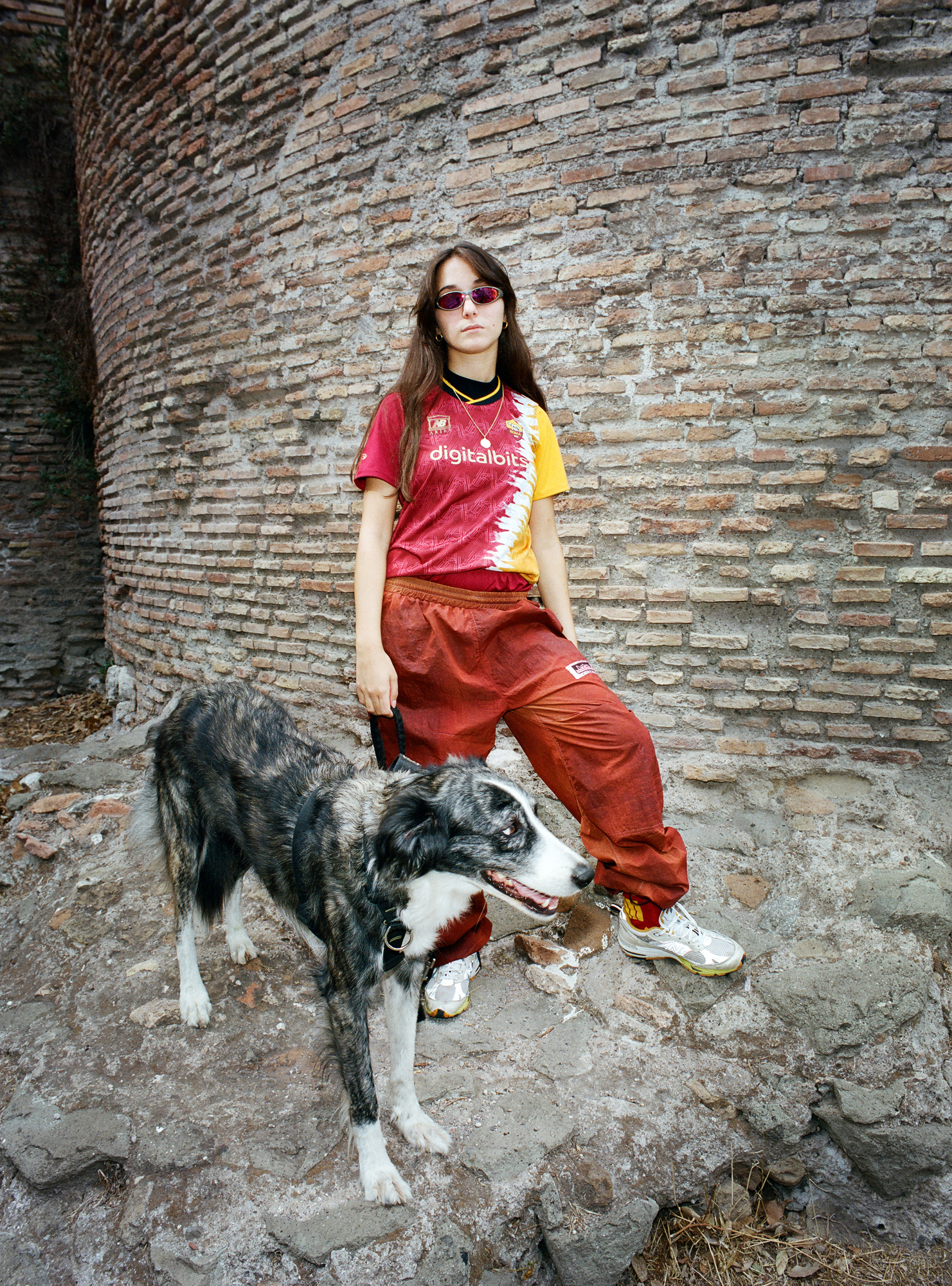 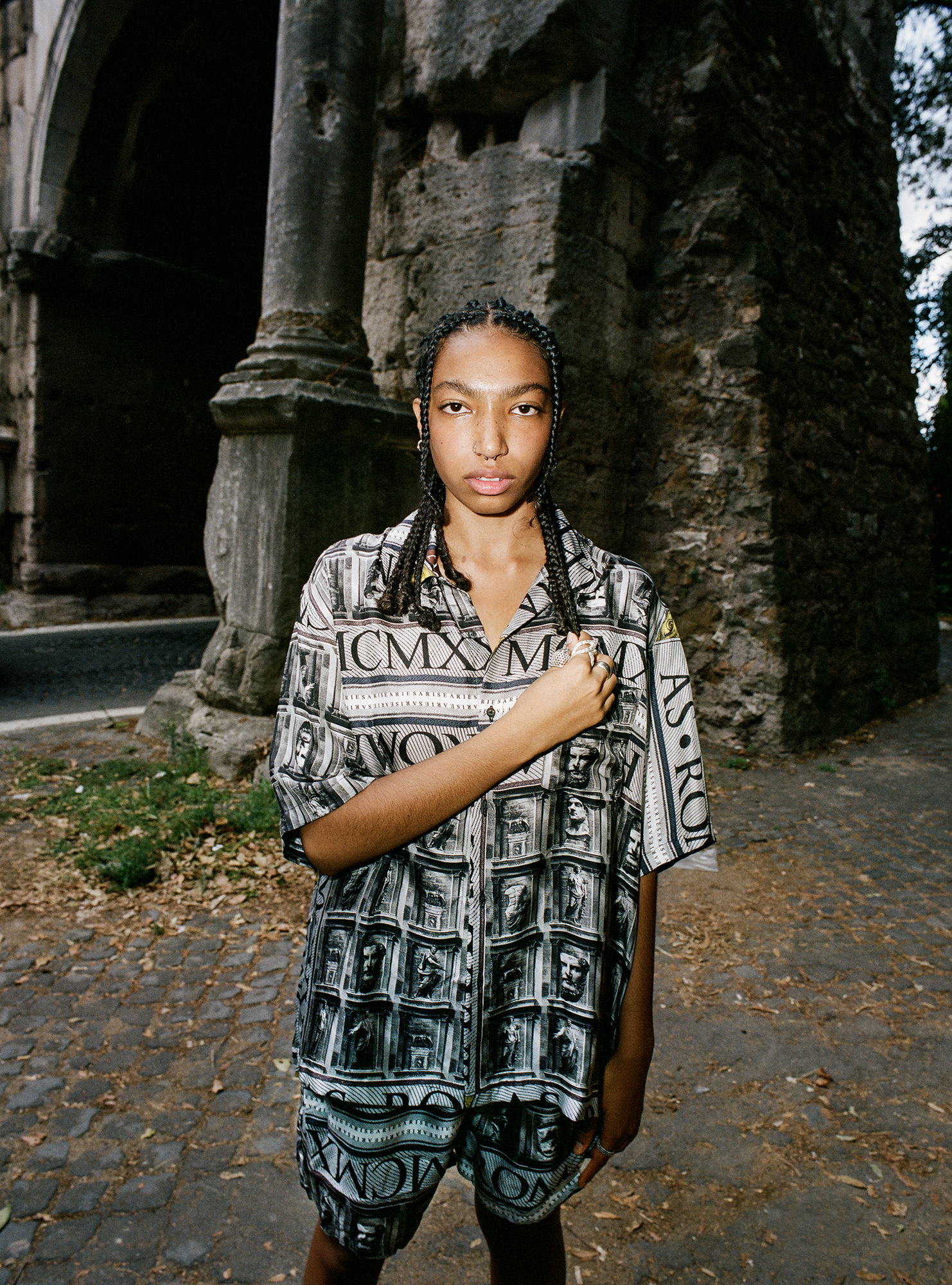 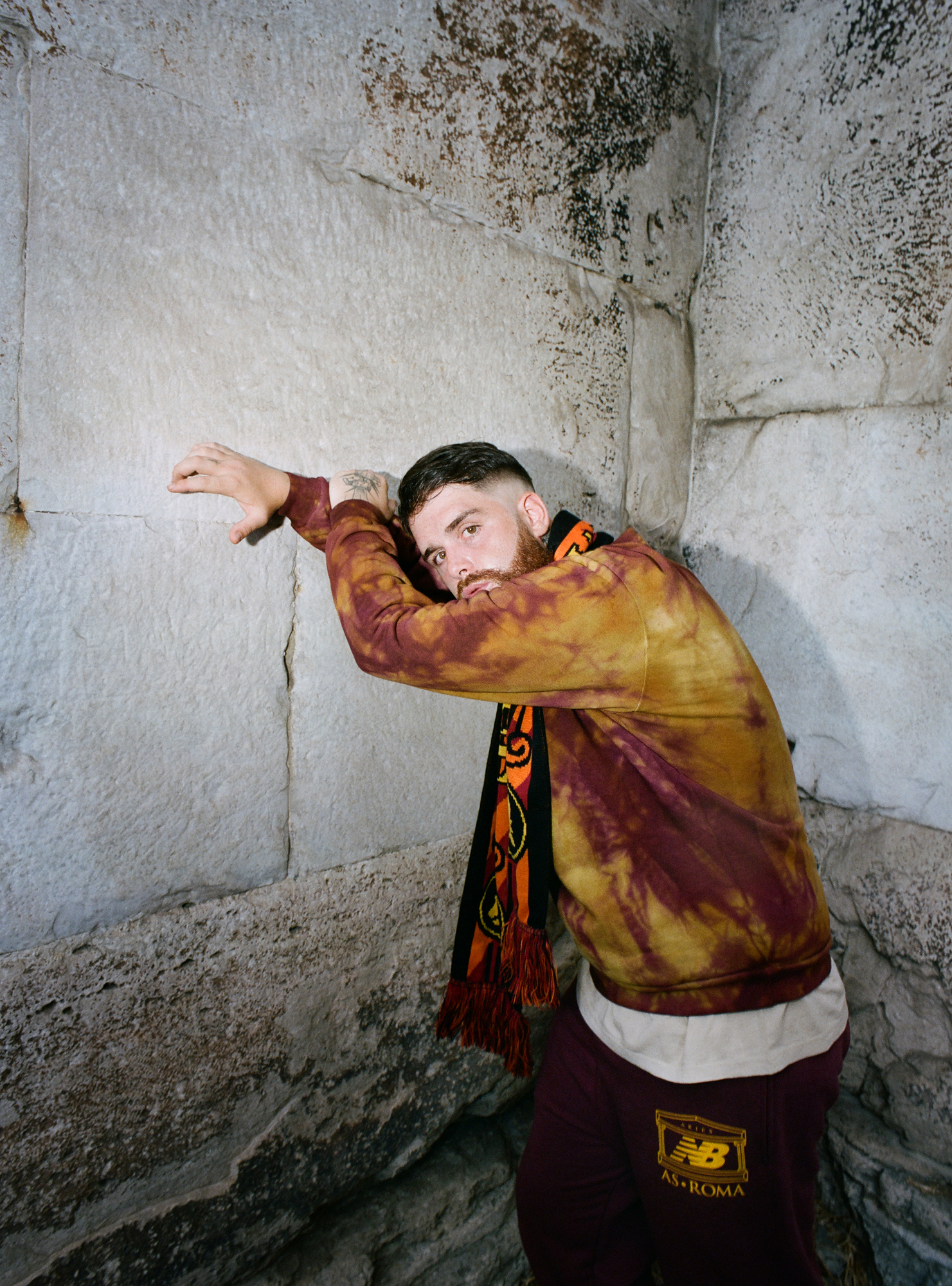 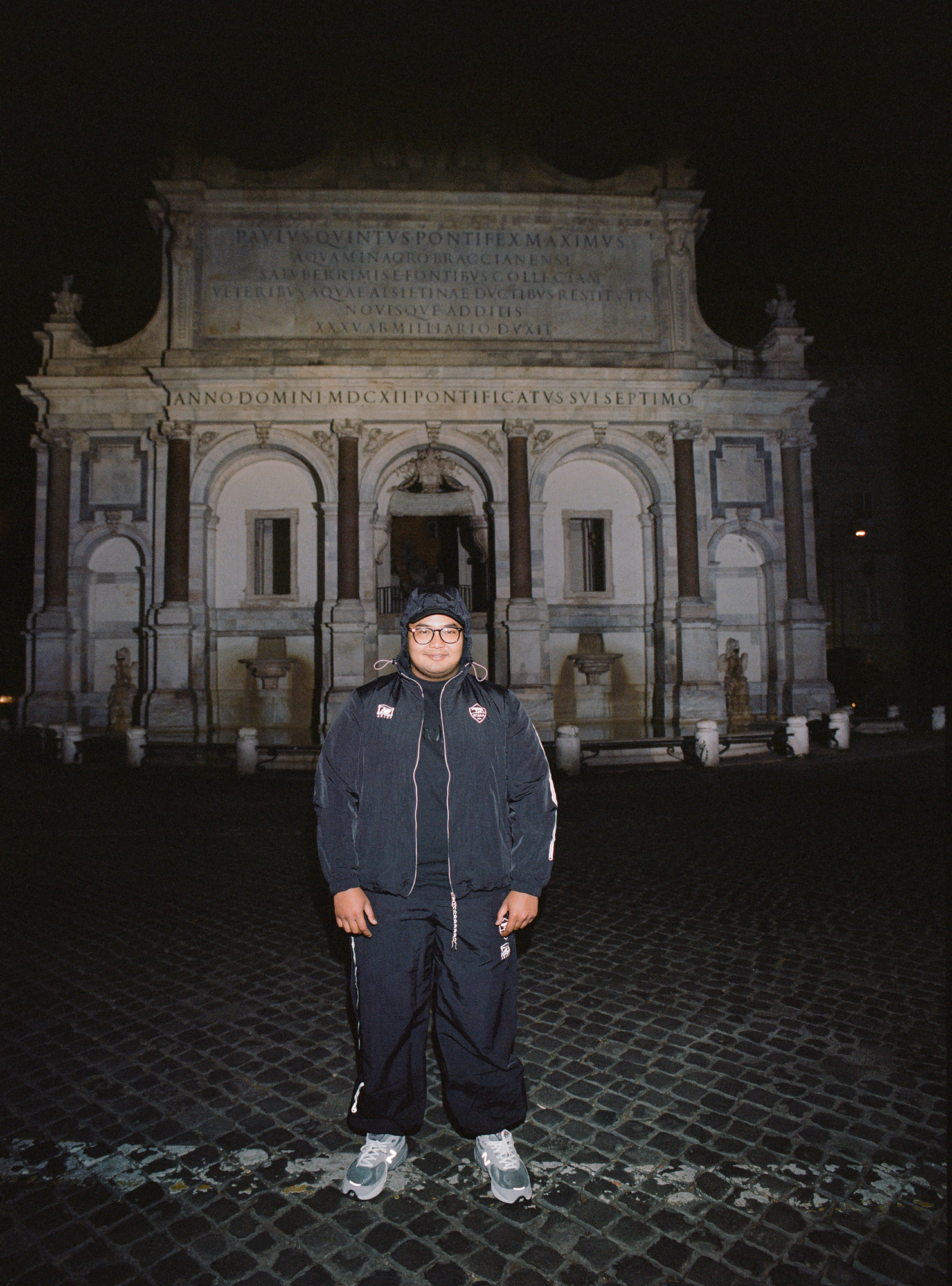 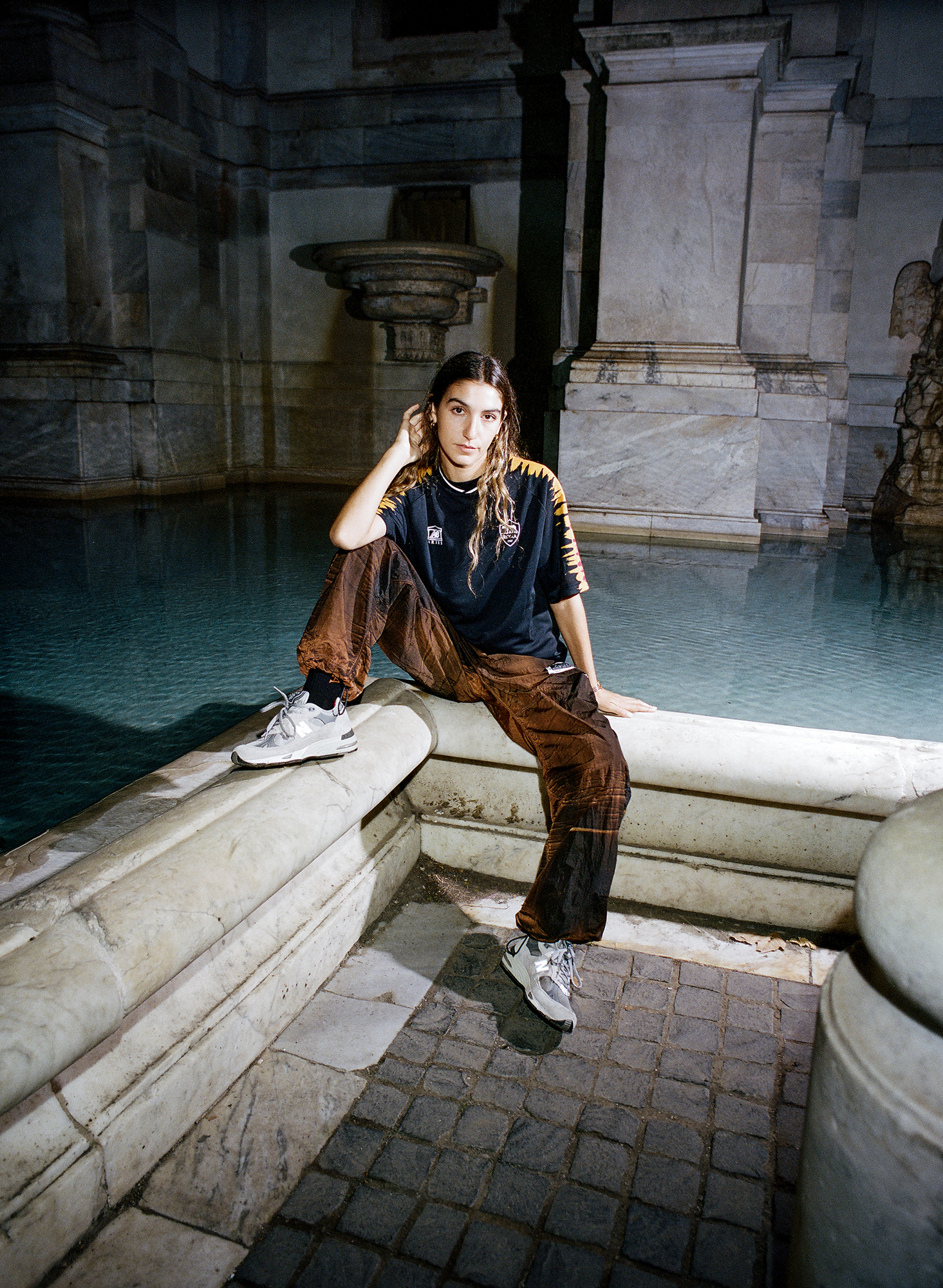 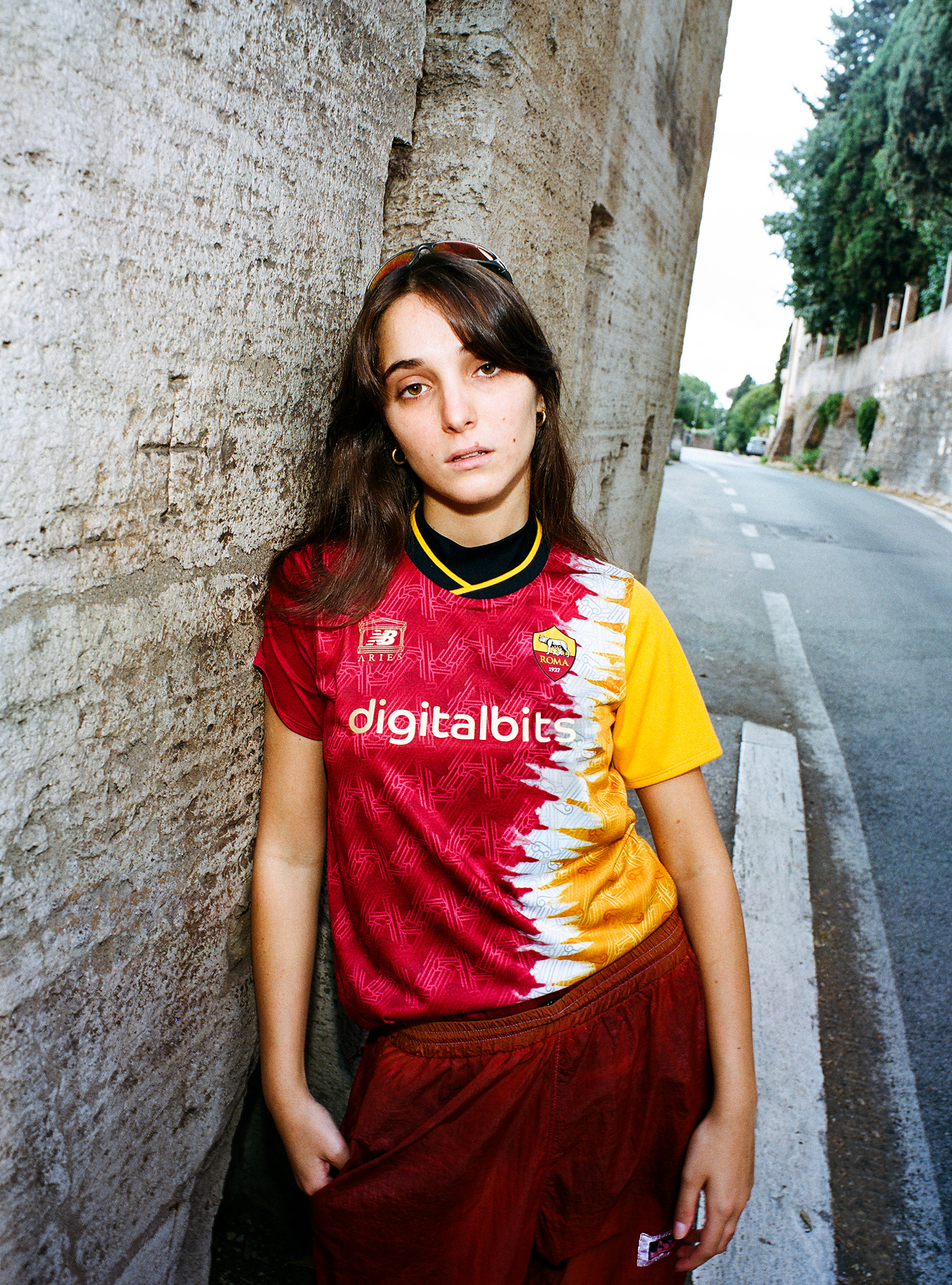 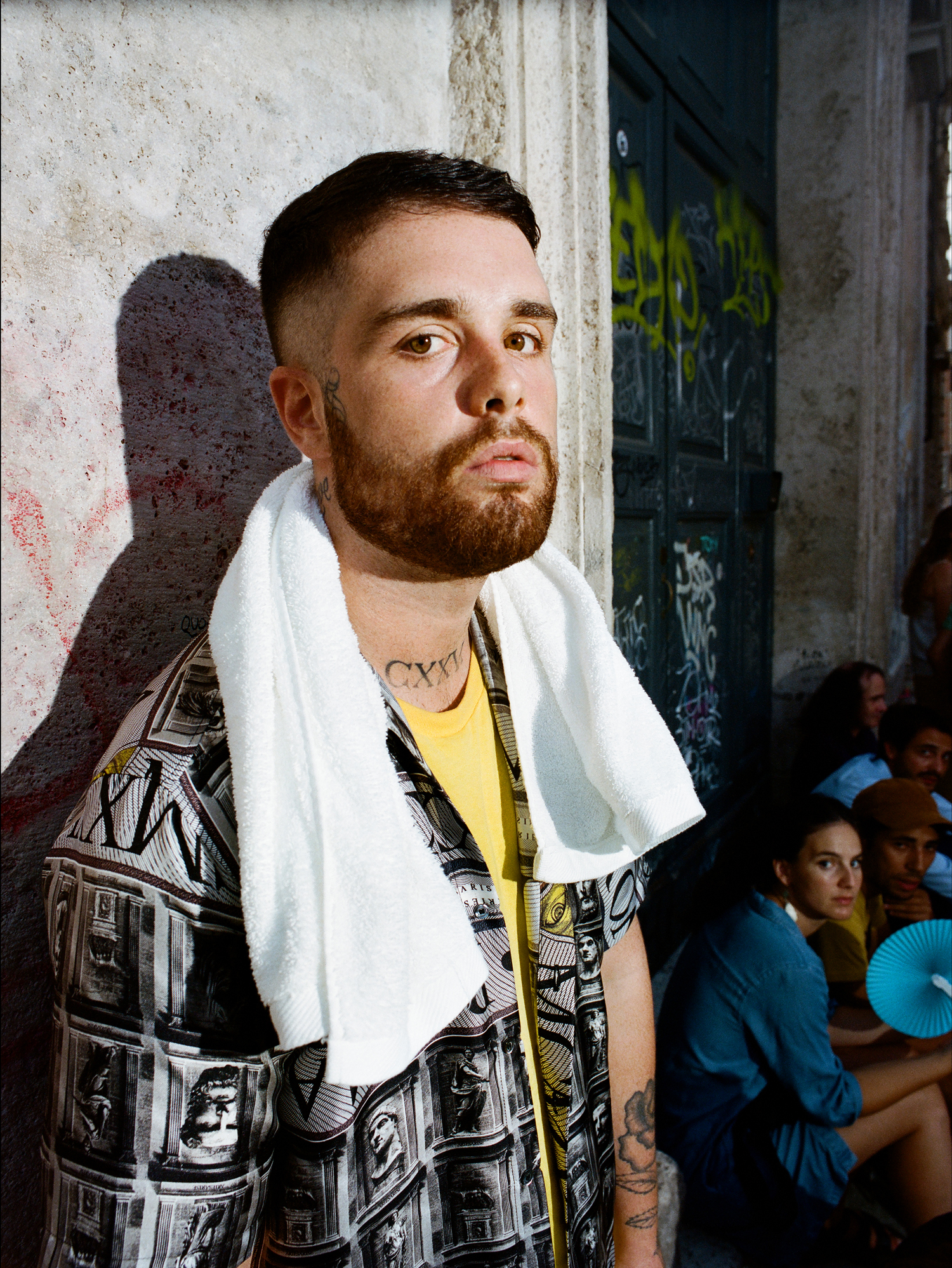 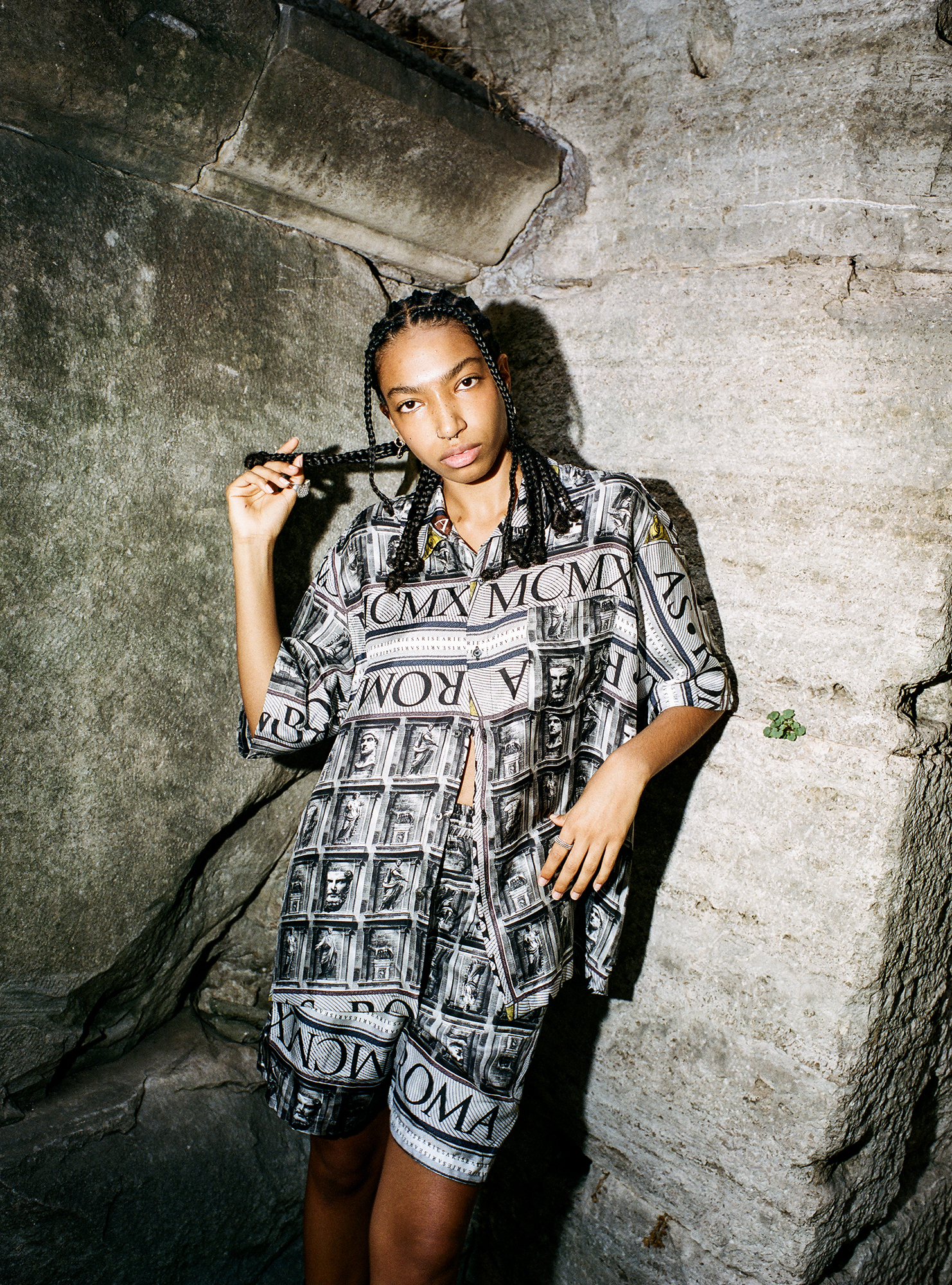 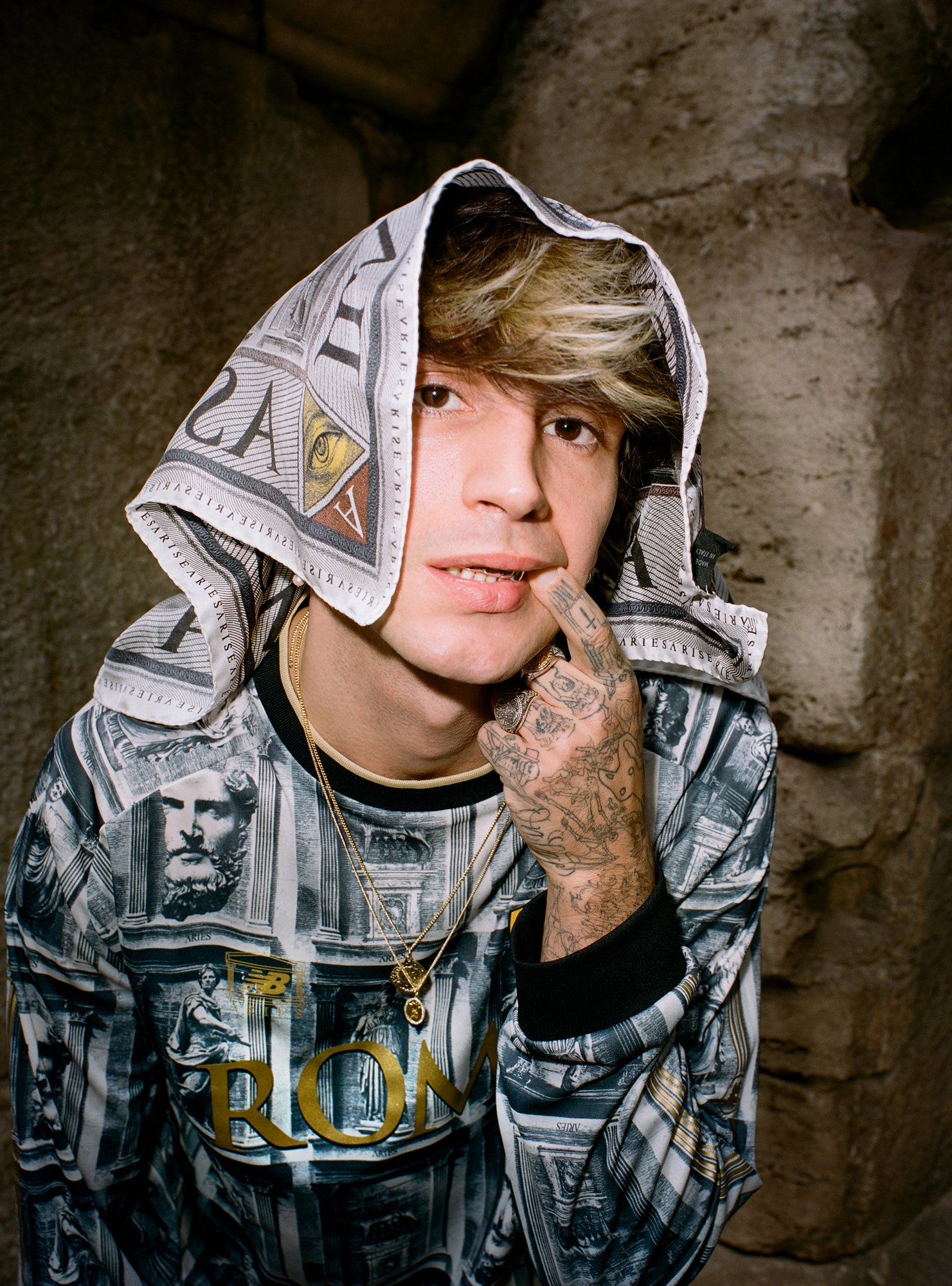 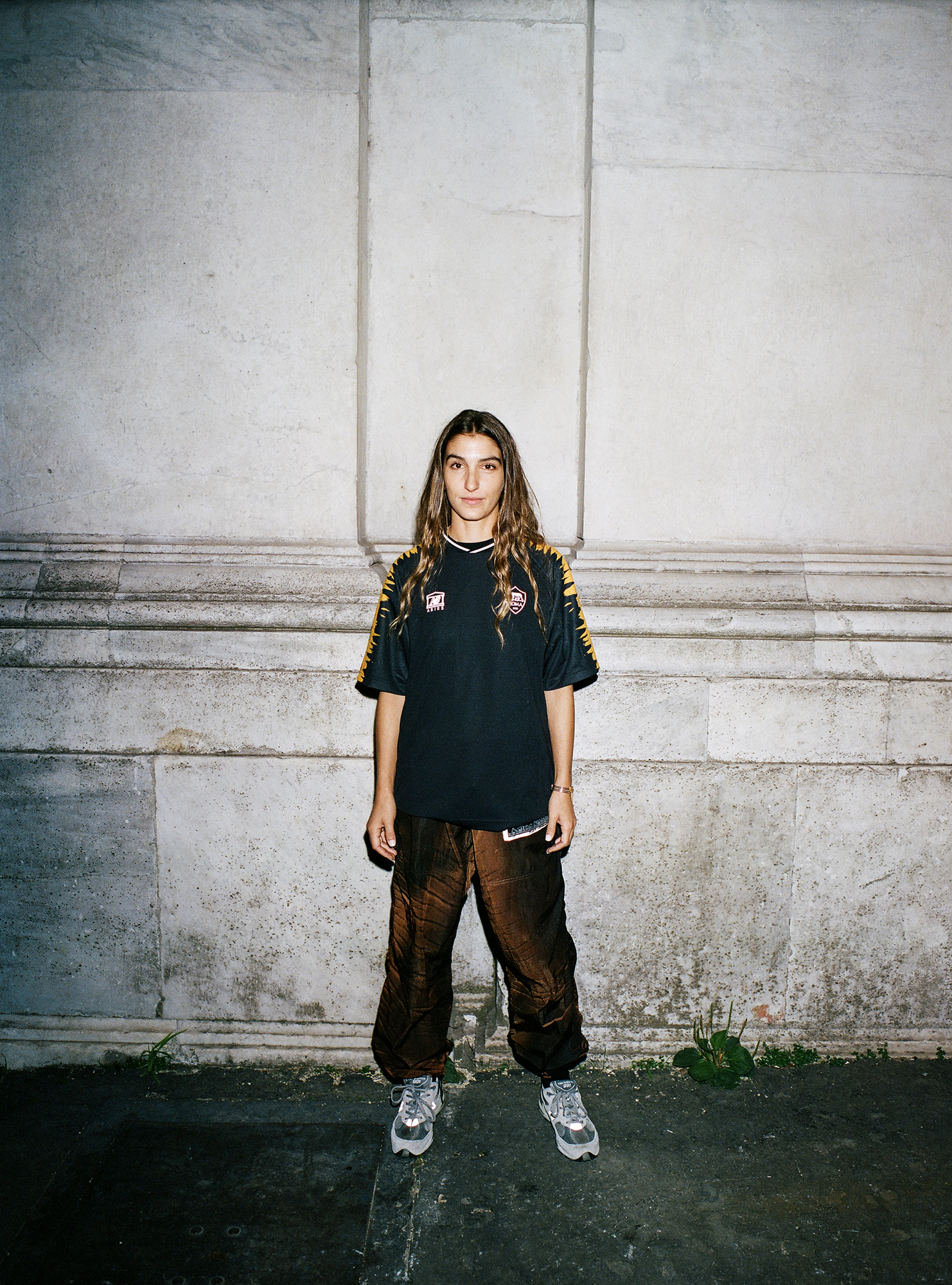