Last year was one of the most momentous and newsworthy 12 months for football in our lifetimes – but every great story or success also came with a question that demonstrated how much change we still need to see.

Argentina and France might have given us the greatest game of football we've ever seen, but FIFA's silencing of protest in Qatar undermined so much of the social and cultural campaign work players have undertaken in recent years. The Lionesses gave us a historic summer and became European champions, but an all-white starting XI in every game raised overdue questions about diversity and inclusivity within the women's game. Off the pitch, AC Milan and Off-White linked up for one of the most exciting fashion collaborations in football but question marks remain around how this space evolves to deliver creative freedom to brands, and value to fans, hand-in-hand.

Culturally and socially, football continues to be a place of immense change – but that doesn't mean we should stop fighting for progress.

The VERSUS editorial team looks at five things we need to see from the game in 2023 to make the sport a better place for all. 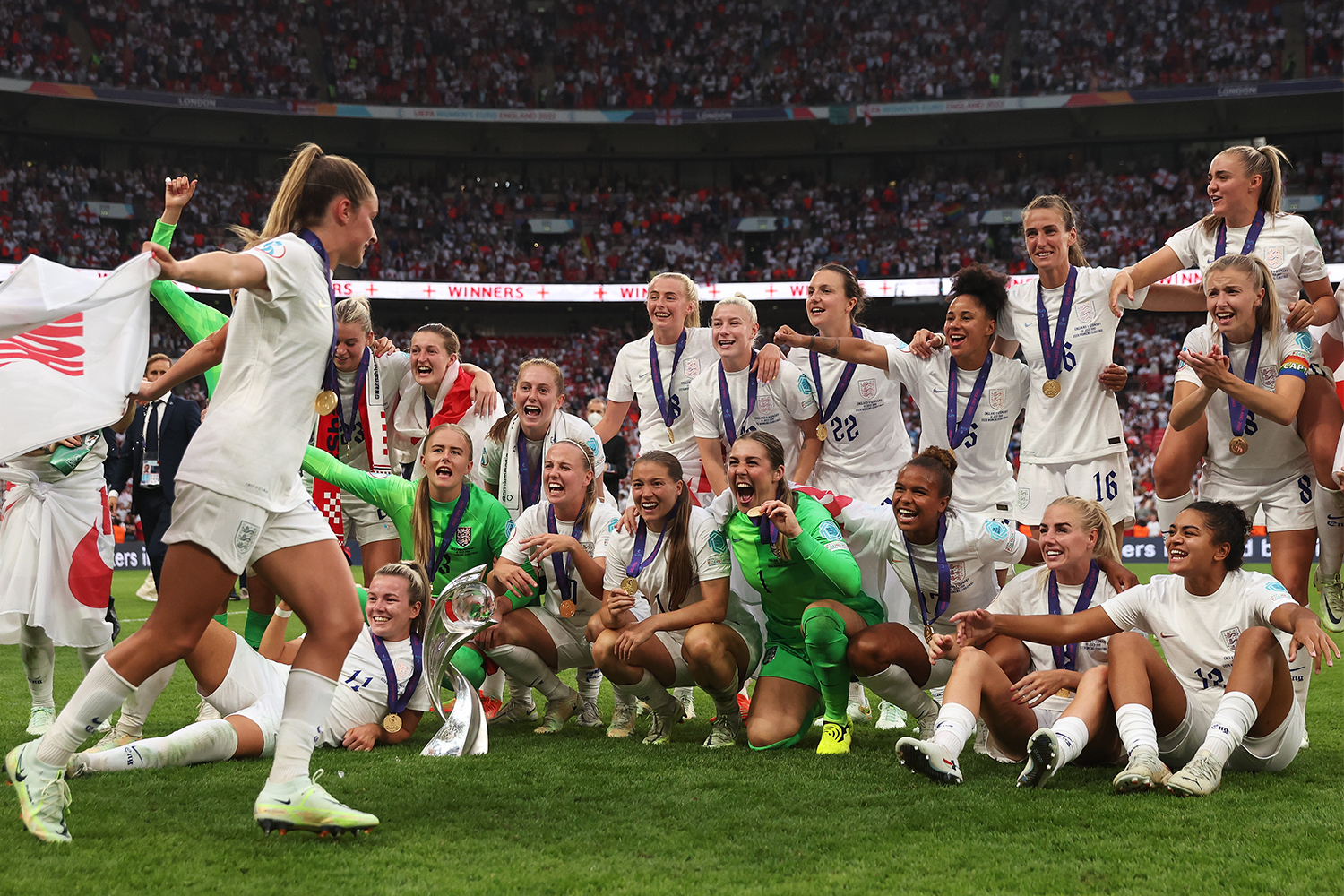 England named three mixed-Black heritage players in their Euros winning campaign last summer, but fielded an all-white starting XI in every single match they played. According to the PFA, just 9.7% of footballers in the elite women’s game are from diverse ethnic backgrounds, compared to 43% in the Premier League. Some of the game’s biggest names – including Eniola Aluko, Anita Asante and Ian Wright – have already called out the lack of ethnic diversity within women’s football, but we should not depend on those with lived experience to shoulder the responsibility of pushing for change.

We must demand more from players, clubs, brands, media outlets and governing bodies if football is to become a truly representative and inclusive space. It starts by acknowledging there is a problem and engaging in conversations (something governing bodies have shied away from for too long) before enacting pragmatic, effective decisions that can evoke long lasting impact. It is no longer ‘good enough’ for comments and actions that stem from systemic racism to be deemed as ‘ill informed’ or ‘uneducated’. Women’s football has a diversity problem, and we need to change that. 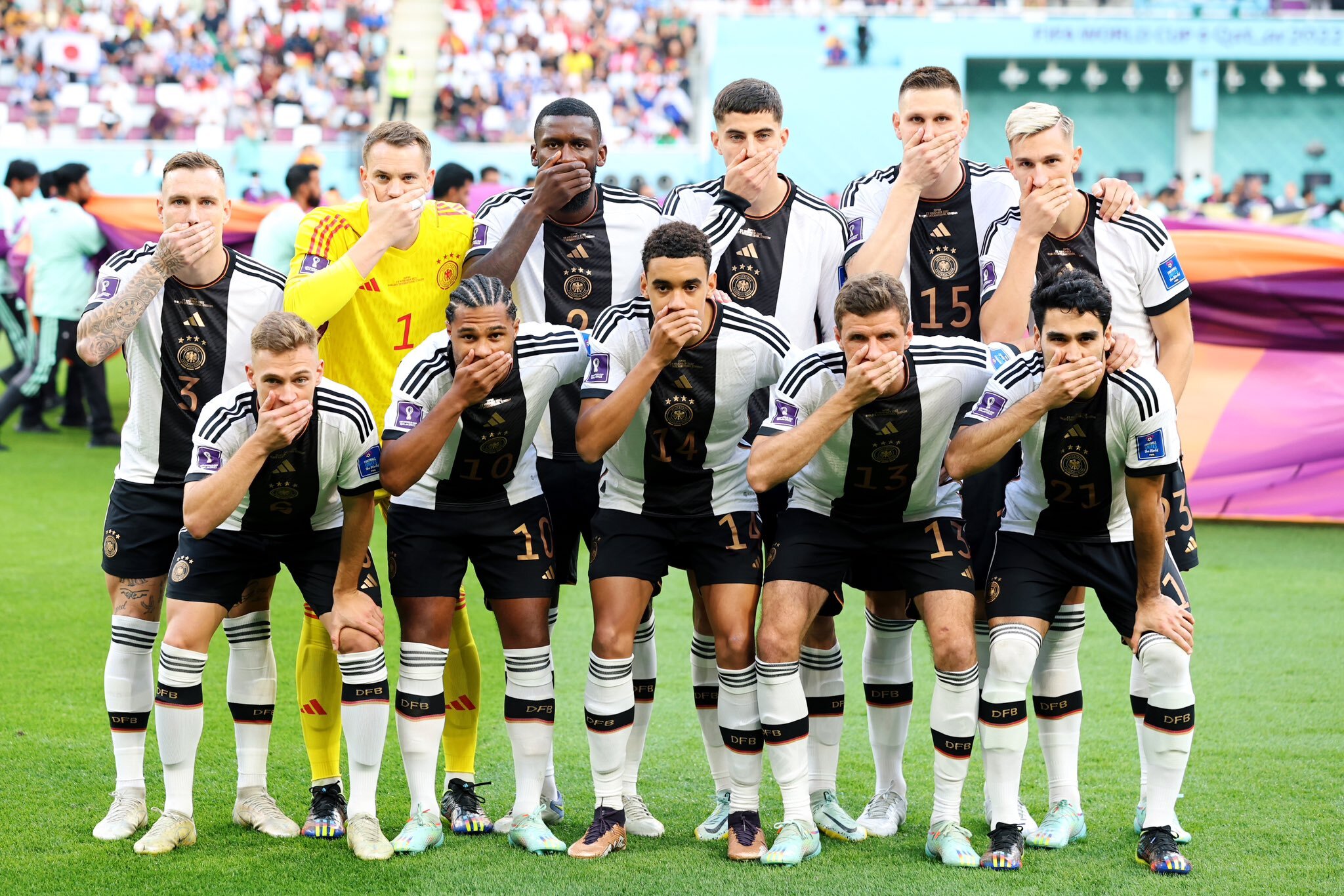 The Qatar World Cup climaxed with one of the greatest games of football we’ve ever seen – but that doesn’t make some scenes at the start of the tournament any less demoralising. The ease with which FIFA silenced the ‘OneLove’ protest in the opening round of fixtures, and the pace with which football associations backed away from their position of strength, undermined a lot of the positive work that football – and players in particular – has done in recent years to make the game a more inclusive space.

Between silencing protests and continuing to hand out ineffective punishments for acts such as racism, it continues to feel like those who run the game are discouraging positive change rather than promoting it. You don’t have to look far to see this attitude echoed elsewhere, with Marcus Rashford on the receiving end of censure for his community work. The next year will be crucial for seeing whether the roadblocks that exist become too common and too tiring for players to fight through, or whether the experience of Qatar has taught them how to navigate the power structures in football that try to control their every step. We hope it’s the latter. 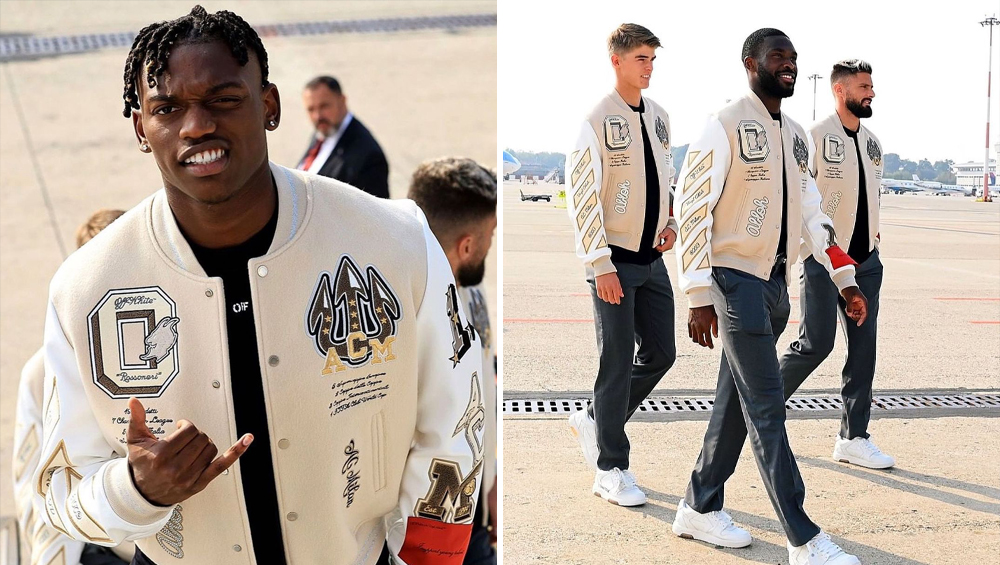 3. Football and Fashion Needs to Get Radical

2023 is the year that football and fashion needs to embrace difference. Over the past decade we’ve seen two pillars of culture begin to weave together, creating a raft of new sartorial ideas. From scarves and hats to boots and jackets – and so, so many football shirts – we’ve seen fashion interpret the ephemera of football in a million different ways. Some of them are amazing (remember when Palace made a kit with Juventus that they actually played in) but a lot of them, maybe even most of them, were not. Too often, we saw fashion brands shoehorned into the world of football, trying to design within strict visual codes for an audience they don’t understand.

This year, fashion needs to stop trying to please football fans. No more ropey narratives around shirt releases, no more rehashing of the same tired stories around “history”. Fashion is at its best when designers break rules, when they innovate. Weirdness is championed in the world of style, but we are yet to see that prized eccentricity transfer across to the beautiful game. Designers should look at what they are producing and think, “has anyone done this before?” instead of, “this is what people are used to”. That’s when the potential of fashion in football will really be discovered. When things are allowed to get radical. 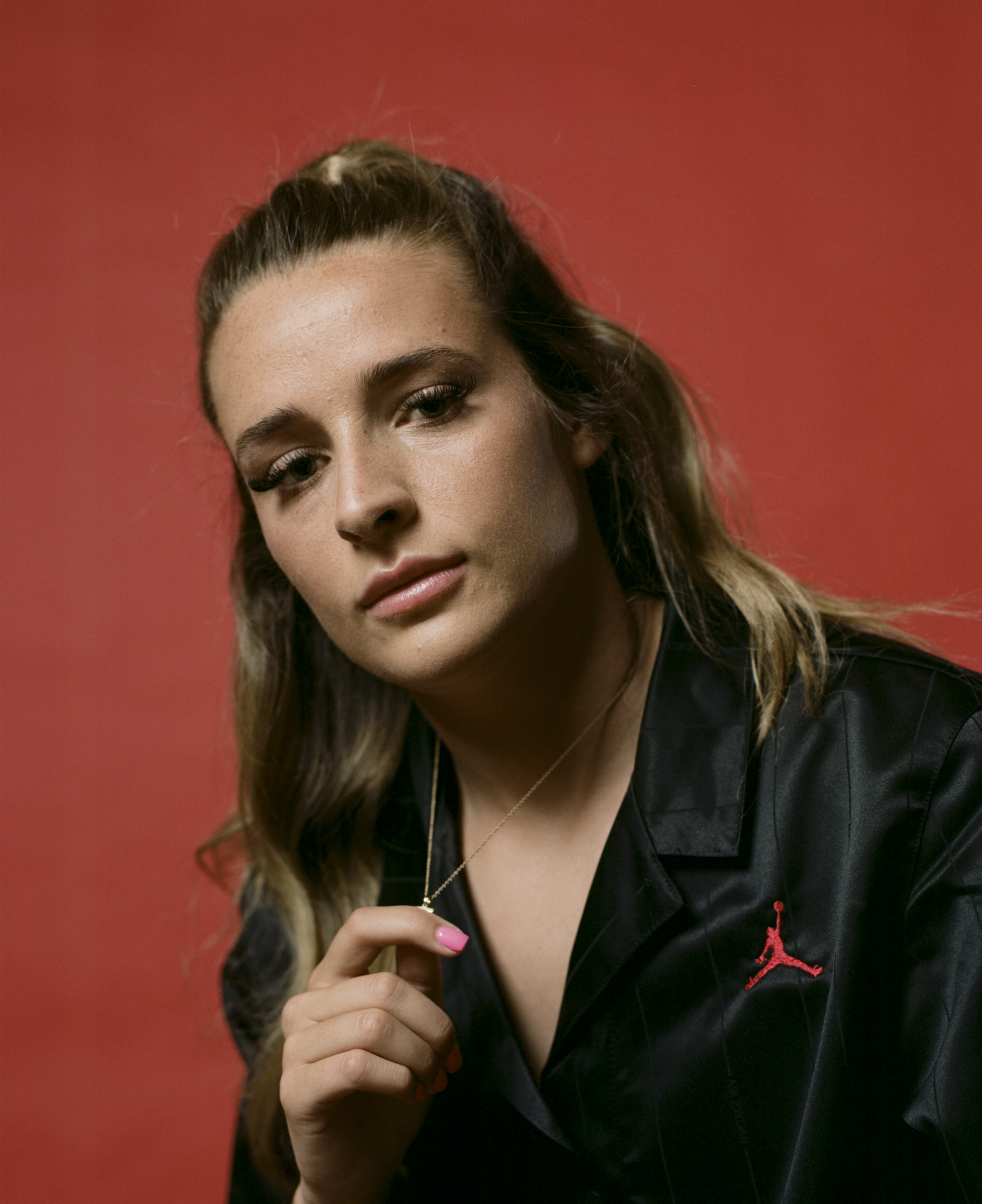 The World Cup takes centre stage this summer and will undoubtedly spark the next cultural shift for women’s football. Since the last tournament in 2019, the game has evolved to be a ubiquitous presence in our lives with the biggest domestic and continental club competitions receiving coverage and exposure that’s turned players into household names. This will be the first Women’s World Cup tournament to take place in this new ecosystem of awareness and accessibility, providing a platform for the world’s best players to do what the Lionesses did last summer: create moments that transcend the sport and take over culture.

England’s Euros victory was the breakthrough moment the game needed in public consciousness. Leah Williamson graced the cover of GQ. Alessia Russo had her adidas boots placed in the Tower of London to commemorate her back-heel goal. Jill Scott was crowned ‘Queen of the Jungle’. While this cultural takeover might be magnified in the UK, it’s already gathering pace worldwide with Sam Kerr gracing the cover of FIFA and Alexia Putellas linking up with luxury watch brand Hublot. Expect the hype and exposure of this World Cup to manifest a tidal wave of brand deals, media appearances and philanthropic endeavours from a new generation of headline acts. The game will never be the same. 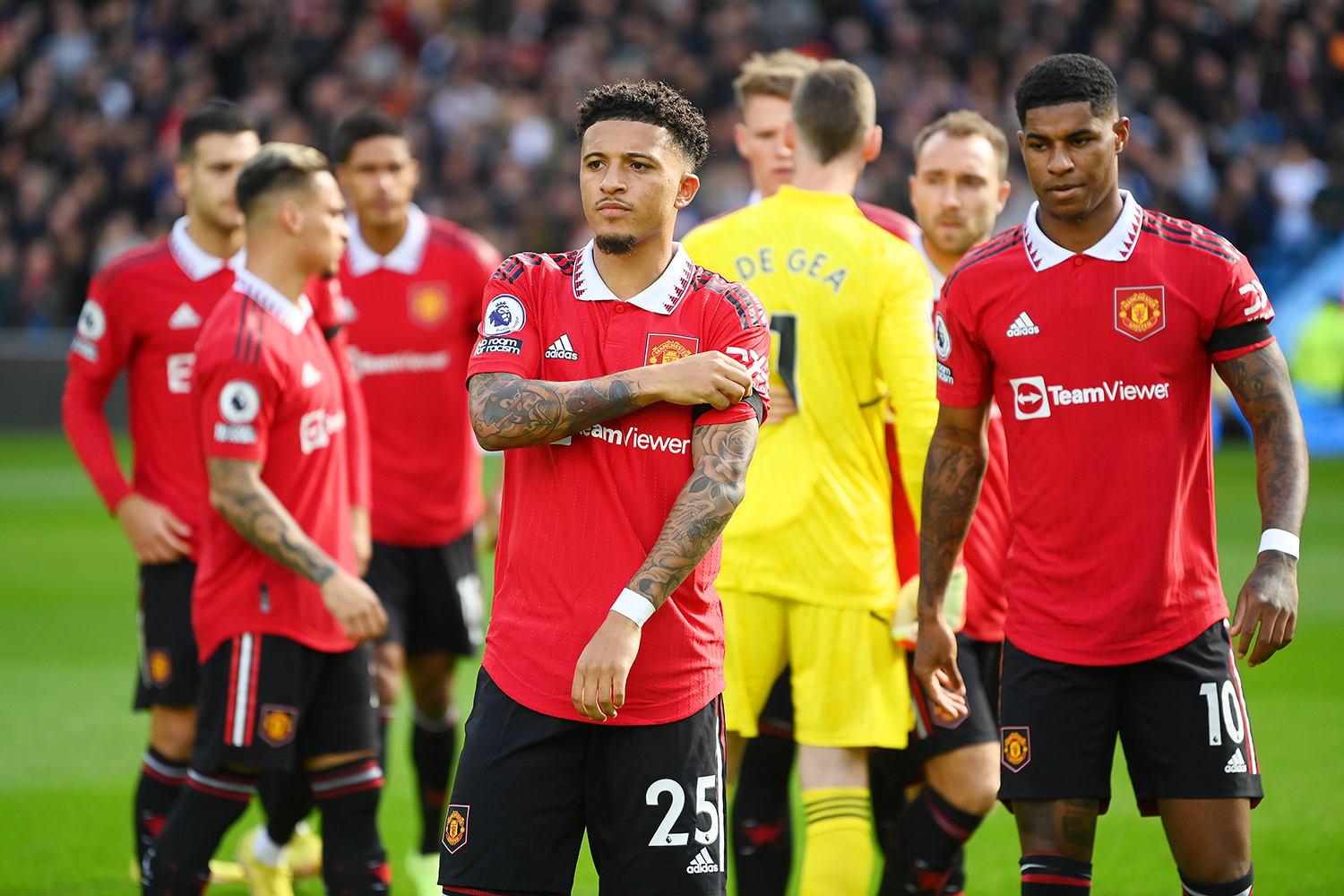 5. Mental Health Comes Back Into Focus

It feels like players are approaching breaking point. 2022 was a year like no other in terms of the football calendar, with fixture congestion across the game leaving many players feeling exasperated and questioning how much more can they really be squeezed? The answer is – according to FIFA – a lot more. Plans to expand the Club World Cup in the men’s and women’s games are already underway. While the physical effects of a packed calendar are often discussed, the mental consequences are just as important. More games means more high pressure situations, more media attention, and more social media criticism if things don’t go to plan. En masse, players will be forced to deal with a lot behind the scenes than we’ll ever see.

While most careers often allow employees to take time off at their own choosing, professional football has always been different – maybe it’s time for that to change. Viv Miedema took time away from the game to “rest and recharge” at the end of last year, while Jadon Sancho has taken a break from social media to focus on his development. As the demands of football continue to increase for those at the highest level, these practises should be encouraged and standardised by clubs who have a responsibility to look after player welfare. Never forget athletes are humans, too.