In this new feature, we bring some of the best musicians in the UK back to where it all began and explore how they first fell in love with the beautiful game. Music has always been a huge part of football. In the same way that US hip-hop artists dream of playing in the NFL or NBA, UK MCs and producers have an identical love affair with the sport.

The parallels between sport and music culture have never been stronger. We'll explore this relationship in VERSUS Jerseys, taking artists back to their roots while they rep their colours in some of the game's most iconic fits.

Kojo Funds’ first love was football. Before he became a chart-climbing, afro-swing pioneer, Kojo had dreams of making it as a player, kicking ball in courts just across the River Thames from where we speak to him on a blistering winter’s day in Canning Town, “just ask any of the guys here with me today…I could play, fam”.

From once not knowing how he’d make it out of the streets to featuring on some of the biggest hits in UK pop, afrobeat and rap in recent years, Kojo’s ‘Golden Boy’ cemented his place as one of UK Rap’s brightest talents –  condensing his versatile array of vibes into a solid, sixteen-track package.

Though his hometown has been completely ripped up and replaced with new-builds and hotels, Kojo has always kept his art authentic. His love of Manchester United is just as organic, stemming from a football-obsessed family that also gave him his natural musical flair.

While London-based United fans are treated with ‘glory-hunting’ scepticism from other supporters, Kojo’s been through a tough time as a fan of late, watching third-season Mourinho syndrome leave his boyhood team in ruins. He’s understandably delighted one of his favourite-ever players in Ole Gunner Solskjær has taken the helm into the new year.

Just as United’s 2019 looks set to be brighter under new management, the 23-year-old is plotting a takeover of his own this year. We caught up with Kojo to chat all things Manchester United, music, and who he’s tipping to be the next ‘Golden Boy’ of English football. 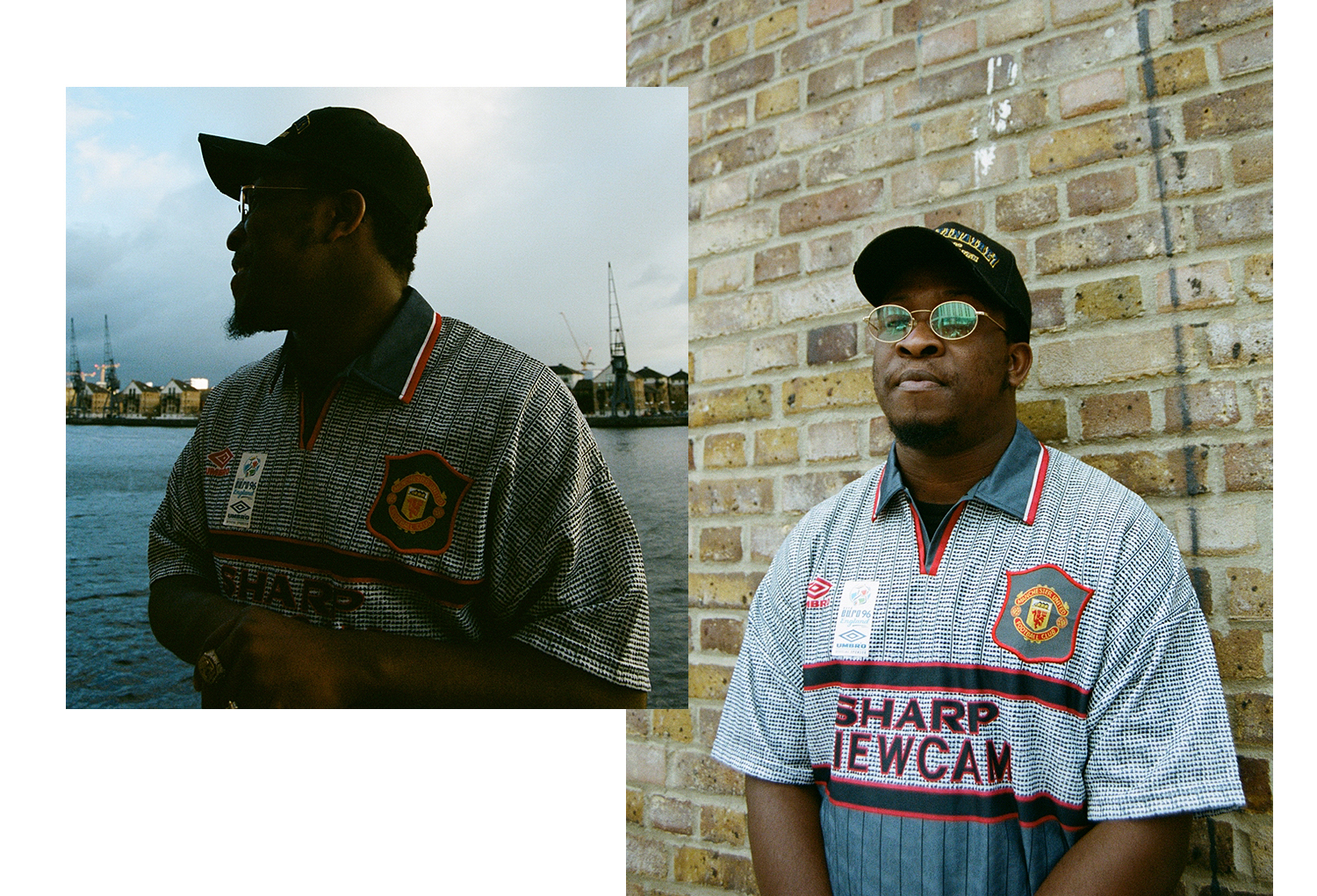 VERSUS: How did you originally start supporting United then?

Kojo Funds: Family, man. I grew up watching my cousins support them. My dad’s a big West Ham fan, he’s a proper cockney guy, but I’ve supported United since I was four-years-old and haven’t looked back since.

What were your first memories of supporting the club?

Well ’99…I was real young, but I still just about remember it. That was when I first started supporting them. Soljskjaer changed that game with with the winner in the last minute…who does that? I’m happy he’s our manager now, Mourinho was so dead!

And you’ve followed them proper closely since then?

Oh yeah, definitely. Back then I couldn’t really go to games, but nowadays, whenever there are tickets available I’ll go up and watch at Old Trafford.

Who are some of your favourite players who have played for United down the years?

The first one of my generation has to be Ronaldo, straight up. Beckham was the first I can remember watching, then of course Scholes, Keane, Cantona through to Ferdinand, Evra and Vidic.

What were the most nostalgic moments for you as a United fan growing up? Did you ever go to watch them when you were younger?

Nah I always watched United on TV, until I got old enough to go up by myself. Players like van Nistelrooy and Saha through to Ferdinand dominating in ’08 with Ronaldo.

That ’07 era actually, when we were beating Roma 7-1? Mad. I was in secondary school then, still donning the Vodafone kits. I actually had a Michael Owen shirt back then! After that derby goal against City I just bought that shirt straight up after that. Rooney 100% too. When he played in that blue kit, you knew we meant business.

In terms of kicking ball yourself, you recently linked up with Bobby Kasanga for the United Against Knife Crime charity game. How important is the work he’s doing with Hackney Wick FC at the minute?

It’s definitely important that Bobby is doing this at the moment. He’s giving kids an opportunity to get off the streets and go and do something constructive by playing football.

You’re wearing United shirts regally on tour now, and you see a lot of rappers doing that, even in the US. What do you make of that as a trend?

Football’s the biggest sport in the world, and everyone’s following it. It’s cool to see people repping their team on stage though for sure. Americans have done it for time with basketball jerseys, so it’s sick to see football shirt getting the same limelight now.

The Nigeria shirt is one of the sickest shirts ever, and the Jordan PSG kits are hard too. We definitely need to have a football version of the Jumpan though…like Rooney’s bicycle kick versus City (laughs). 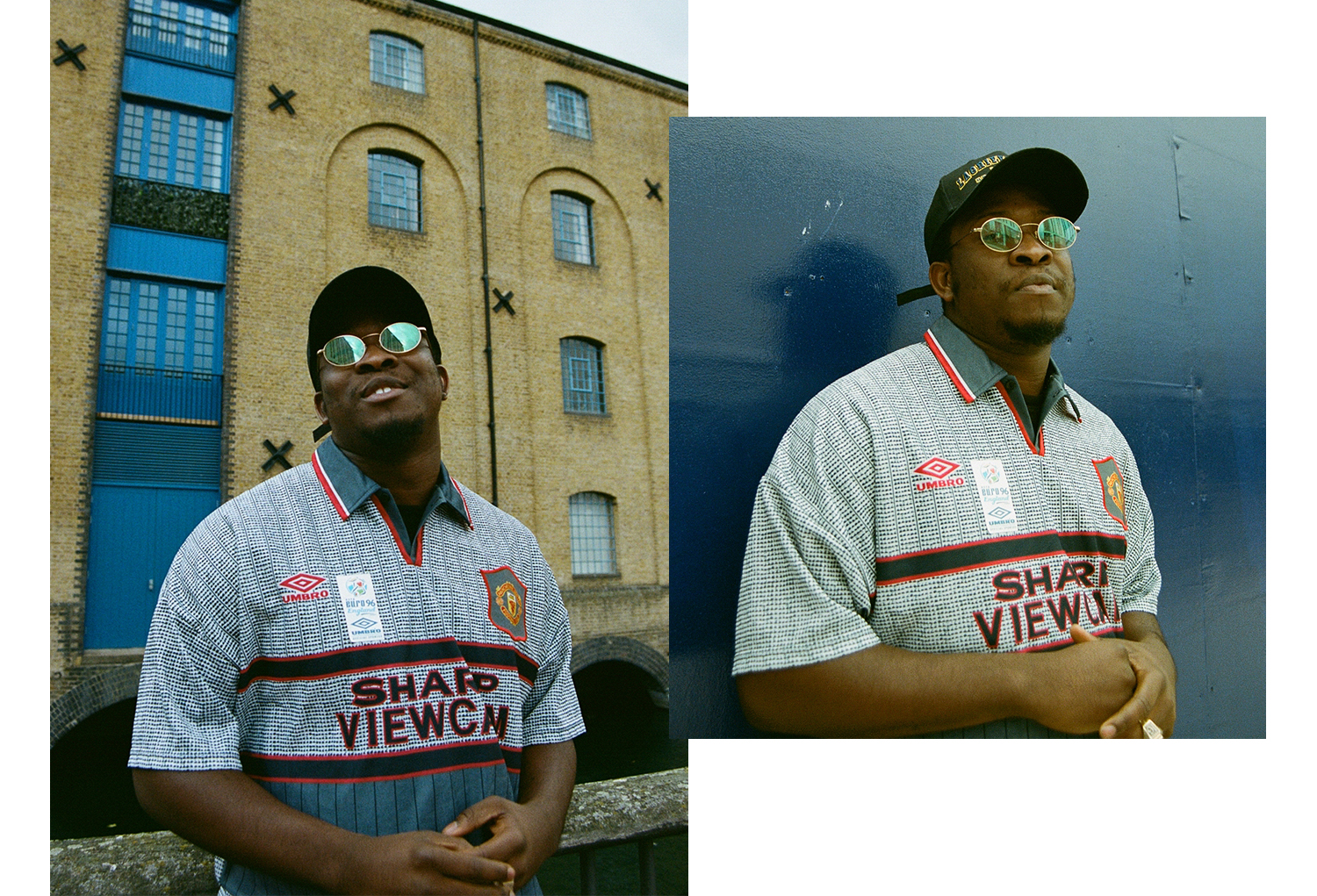 What do you make of the new generation of England talent set to take over?

These young players can play ball. Not to be funny, but old school England was just like proper grafters, cross it in, “get your head on it!” sort of lads. But this new generation is wavey. They got footwork, agility, their fast and most importantly, they’re hungry bro!

This is what we need in the England team nowadays. Those boys back in ’06, they achieved everything they wanted to with their careers at club level at that time. These youngsters haven’t had the showcase to do that.

You’ve obviously got the music side of things patterned up, but who is the next ‘Golden Boy’ of English football?

(Laughs) I’m not gonna lie, I think Sancho and Nelson are the two candidates you know. I rate them moving away too. They’re getting game time, match fitness, and the chance to express themselves on the pitch.

Do you feel like Pogba, Rashford and Martial were restricted under Mourinho?

Definitely. They’re three of my favourite players to watch. He didn’t have a good relationship with the players. Whenever they played, it was because the fans wanted them to play – not him. It wasn’t genuine. It was ruining it for these mad talented players.

I feel like Lindelof in years to come will be a sick player. Smalling and Jones aren’t helping him, bro. Him and Bailly have got the talent, but they need mentoring. They’re young and need experience.

Who else do you enjoy watching?

De Bruyne is one of the best not only in the Premier League, but the world. Hazard’s world class, Aguero’s the best striker in the league. Kane too.

If we could sign anyone in world football, it would be Harry Kane. I’m sick of Lukaku now. Someone like him, for that price tag, needs to be doing it more regularly. 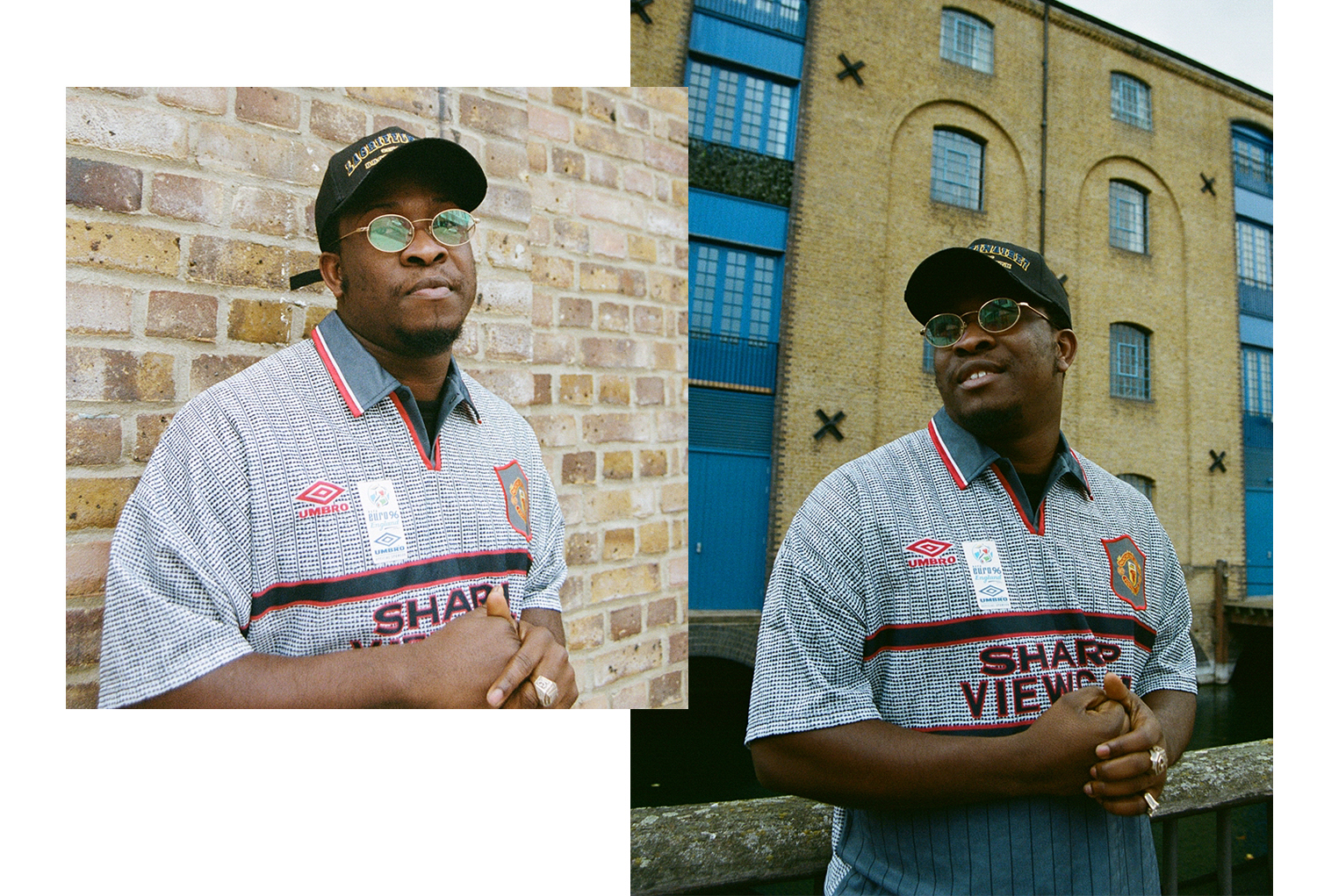 ‘Golden Boy’ came out last year. Did you enjoy the reaction to the project?

It’s a really good project. I’m happy with the feedback with it, and I’m just gonna keep the work rate up going forward. Some of the tunes were already out, but once it all came together I was proper happy with it.

The project is an eclectic listen. Do you attribute that to growing up in East?

Growing up in East was the only thing I knew. So the things I saw, felt, experienced, that comes through on the tracks. It’s inspired by life in East.

My dad’s a rasta, so I was inspired by reggae from early too. My dad would always stick it on the turntables when I was younger, so was definitely inspired by that too. With my music going forward, I’m definitely gonna broaden the scope in terms of sound, but always staying true to myself.

What do you think of the current state of UK music?

It’s a really good time for UK music right now. In the past, the UK would always look to the US for influence. But right now, the US are definitely looking at our sound. With the ‘Godfather’ of afro-swing tag, I definitely embrace it. I would definitely say I’m a pioneer in that regard.

What have you got in store for the year ahead?

2019 is set! I’ve got a lot go stuff in the bank waiting to come out. I don’t actually have any football bars yet, so I’m gonna be adding some in this year. There’s hits to come out. There’s an album coming next year, and maybe an EP as well. It’s getting flooded. I’m always planning ahead – I’m already in 2040!