Croydon isn’t exactly renowned for its glitz or glamour, but it’s quickly becoming one of the country’s most fertile breeding grounds for producing superstar talent. Incredibly, for an area which attributes for 0.6% of the population, 5% of English Premier League footballers hail from the borough. With a talent pool that also boasts the likes Stormzy, Josh Buatsi and Jourdan Dunn, Croydon’s unique and tight-knit community has helped nurture budding athletes, musicians, and creatives into world-renowned talent.

The next man in line to represent the borough on the world stage is Aaron Wan-Bissaka. We meet today at what is probably one of the first adidas campaigns the New Addington-raised right back has taken part in, but anyone who has watched a Crystal Palace game Wan-Bissaka has played in this season would attest that this won’t be the last.

Naturally, the starting point for our conversation is his roots into the game – and he owes a lot of his fearless attitude on the pitch to his hometown, “I feel like there’s a pathway to come out of Croydon nowadays. There’s a lot of people out of the area that are setting the example of how to do it.” Wan-Bissaka says. “I remember walking through the shopping center and seeing all the familiar faces there and feeling a sense of support around me – that definitely helped me progress as a player and as a person. It helps keep me motivated and hard-working to know what I can achieve.” 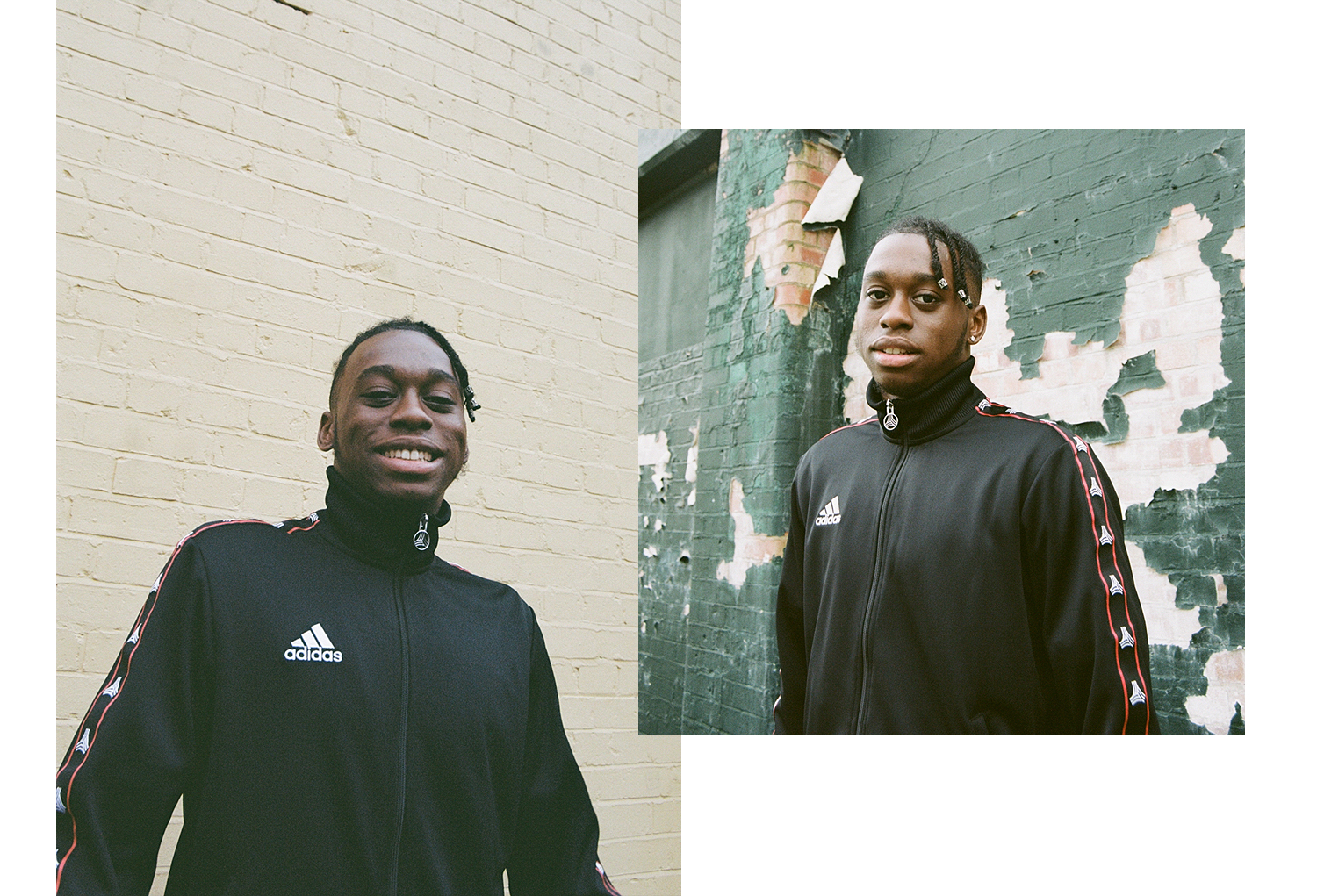 “Nowadays, life is just… different. For me, it’s come quick, but it’s helped me a lot, and changed me as a person too.”

The last 12 months have been a wild ride for the 21-year-old. It’s almost exactly a year ago to the day that Wan-Bissaka made his Palace debut against Spurs, where an injury crisis allowed him to become the club’s first academy graduate to make his debut for the senior side in nearly 6 years.

Wan-Bissaka grabbed his chance and has flourished ever since – quickly becoming renowned as one of the stand-out full backs in the Premier League this season. Such is his form, he’s now drawing attention from Europe’s biggest clubs and reportedly on the cusp of an England call up. At today’s shoot, it’s clear Wan-Bissaka is still adjusting to his new settings under the spotlight, “Nowadays, life is just… different. It’s a big change – it’s affected me and my family a lot. For me, it’s come quick, but it’s helped me a lot, and changed me as a person too.”

Despite taking every chance to play down his rapid rise at Selhurst Park, the statistics showcase that Wan-Bissaka is one of the best right backs in Europe this season. His game is characterised by pace and agility; whether it’s his expertly-timed recovery tackles or bombing forward from full back, Wan-Bissaka is both a blur of motion and brick wall on match days. As well as leading the way as the best one-on-one defenders this season with more successful tackles (103 out of 110) than anyone else in the division, Wan-Bissaka also completes more dribbles per game (1.7) than any other full back in the league.

Before discovering his natural talent for tackling, it’s clear Wan-Bissaka’s roots into the game began playing as a winger with the ball at his feet. That seems to be the defining characteristic of the other breakthrough stars from South London – fellow Croydoner Callum Hudson-Odoi, Kennington’s Jadon Sancho and Southwark’s Reiss Nelson also possess terrifying dribbling ability. Wan-Bissaka puts this trait down to playing football in courts and cages in south, “Cage football is definitely somewhere that you can express yourself, and from there you can transform it onto the pitch. That’s what I think those lads have done and are doing currently, you can see it in the way we play. That’s where we started – that’s where it began.” 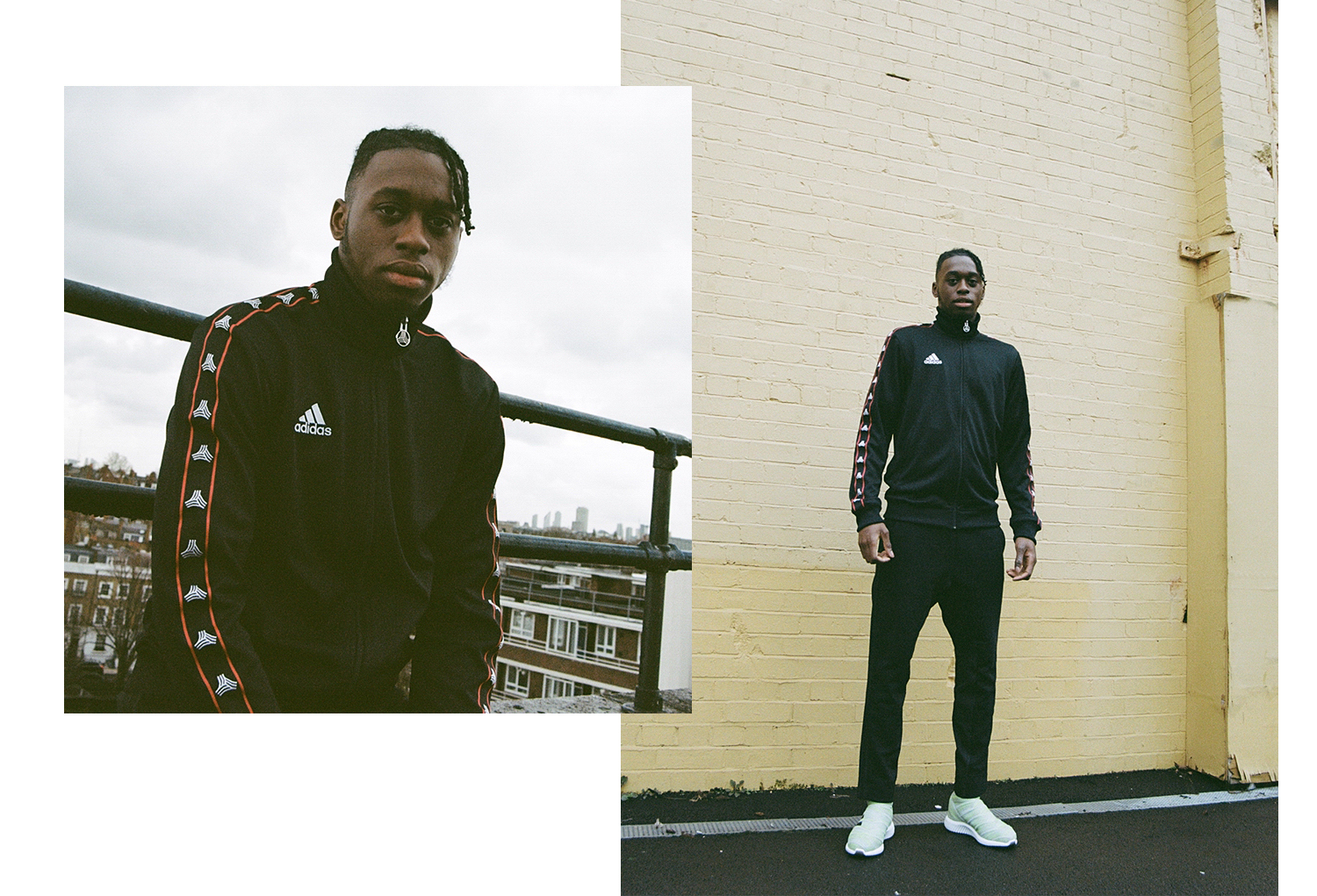 “It’s a big decision to make (to move abroad to play), but all the players who have made the call are proving that it can be worth doing.”

His defensive ability developed growing up training against Wilfried Zaha, who gives full backs nightmares on a weekly basis, “When I was younger playing as a winger, I played quite a lot like Wilf. As an ex-winger, you get a better sense of what opponents try and do.” Wan-Bissaka has only been dribbled past just 7 times this season, despite pocketing the best forwards in the world on a weekly basis. This has subsequently lead to him securing one of the best chants in the Premier League this season from the Palace Ultras – “Your wingers don’t like him / Wan-Bissaka, Wan-Bissaka” (to the theme of “Rock the Casbah”). Just like Zaha before him, Wan-Bissaka is the latest local lad gaining a cult status of his own in South East London.

It’s evident that above all, Wan-Bissaka is really relishing the chance to improve his game by playing week-in, week-out for his boyhood club – something many of his talented peers in the Young Lions setup aren’t always fortunate enough to be afforded. Game time is what matters most for someone as hungry to learn and improve as Wan-Bissaka is, “I’m playing and improving every week. It’s what I need. I always had faith – but when you’re trying to get in the first team, you don’t really picture it as clear as you see it.”

When I ask about whether the minutes are the integral factor in contemporaries like Marcus McGuane and Jadon Sancho making the decision to move abroad, he gives a considered response, “It’s a big decision to make, but all the players who have made the call all have faith and belief that they can do it. They’re proving that it can be worth doing.”

Wan-Bissaka’s form has also been noticed by the guys at EA Sports, who gave him his very own Future Stars card. Growing up as a FIFA-obsessed teenager, this was a nod he definitely enjoyed, “Yeah, I was very happy with the rating – and that colour card in particular. It’s a big look for me. Last season I was 55, so I’ve gone up 30 in stats… that was definitely mad for me!” When I ask whether he plays any of the boys at Palace, he bats off the suggestion, “I don’t really play with the lads there – they’re not in my category. I need a challenge (laughs). From what I’ve heard Andros and Wilf are up there, but they’re not on my level yet. I’d have to be up there with the best at the club.” 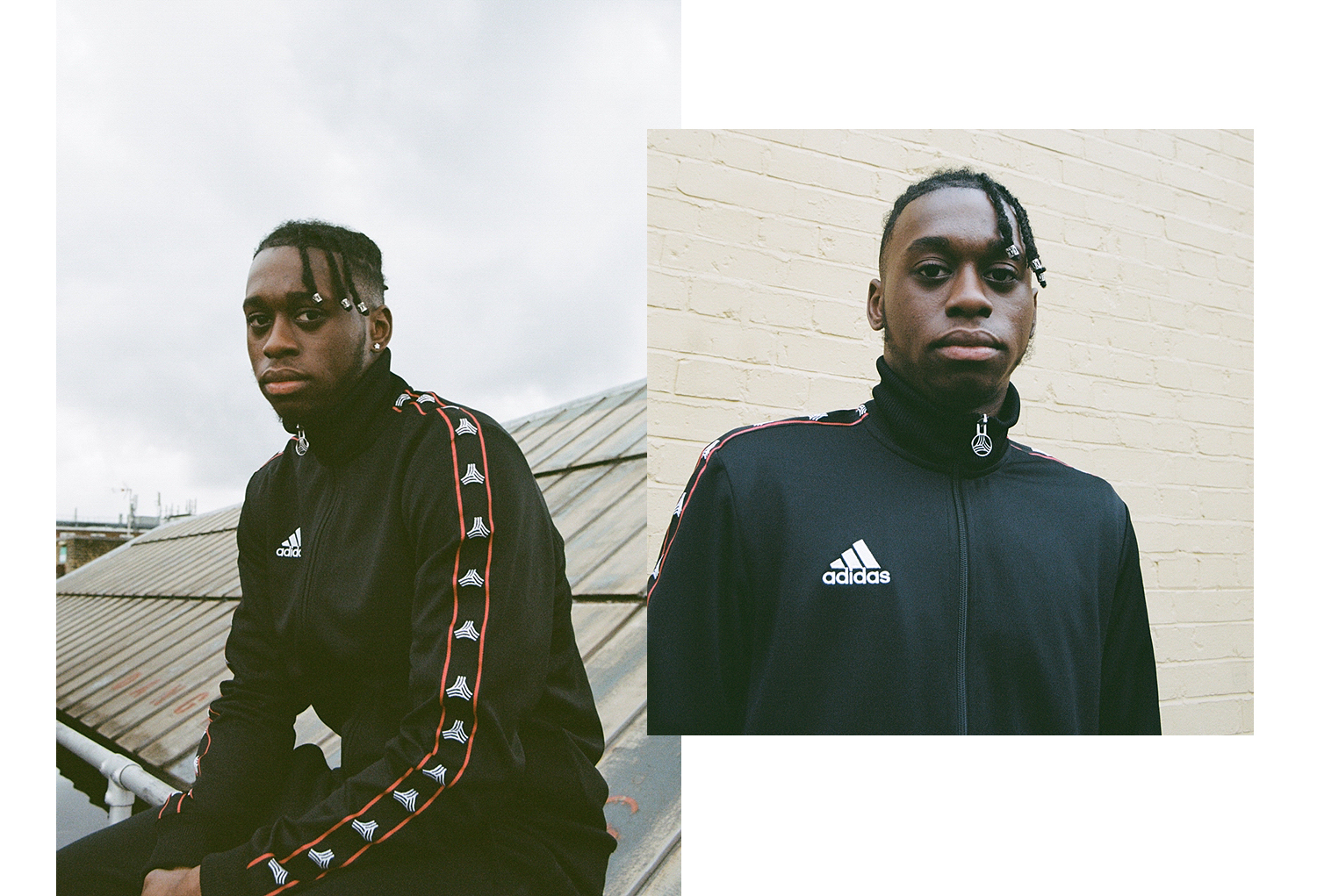 His self-assurance on the pitch and on the Playstation is gradually translating into his style as well, “I’m starting to get into it (fashion). I’ve got a few Chanels, a lot of Balenciagas… I’m definitely a bit of a sneakerhead.” Wan-Bissaka asserts that getting into clothes is a good escape from the rigours of training and media attention placed on the modern player, “Fashion’s a good thing man, it’s good to help take your mind of football all the time. It’s good to be able to express yourself off the pitch, and that’s something a lot of the young English lads are doing at the moment.”

Going forward, Wan-Bissaka’s future is as bright as any of the players on the long list of emerging England talent. Though he’s still very much a student of the game, he’s as optimistic as any other fan on the Young Lion hype train about his future, “Playing every week keeps me motivated and hard-working – but I definitely know what I can achieve in the game. The sky really is the limit for me.”