“I swear sports and music are so synonymous, ’cause we want to be them, and they want to be us.”— Drake

For this instalment, we caught up with Tottenham Hotspur and England midfielder Dele Alli to put together a playlist fit for the new season.

VERSUS: How important is music to you on game day?

Dele: It’s very important. When you’re on the coach on the way to the game, when we’re driving into a stadium, I’ve got my headphones in because when you arrive at the stadium you need to be focused and ready for the game. It helps you to concentrate and stay relaxed at the same time.

What sort of music gets you battle-ready?

Usually it’s hip-hop and if there’s a new album out I’ll just listen to a few of the tracks on there for the first time. I’ve just started listening to this guy Russ, who’s from Atlanta, and he’s great.

You were at Drake’s “Boy Meets World Tour” earlier this year. Is he a favourite of yours?

Yeah, Drake’s the best. His music is always good and the way he sings, it is the sort of thing you listen to on the way to a game because it does get you hyped a little bit. It was a great experience to see him live…I like ‘KMT’, that’s very good.

You also met Kano this year?

Yeah, that was very good. He’s very raw and he’s someone I’ve listened to for a long time. We met him at an event for the NFL with a few Tottenham boys and as I said before, his sound is very raw and very British, which is good. When I was growing up I was listening to more UK grime than the American stuff, so it’s great that grime is blowing up again. Wiley, Skepta and Kano were the ones when I was young.

AJ Tracey and Tottenham have a great relationship. What do you make of his sound?

Yeah he dropped a track all about football recently and he’s a Tottenham fan as well, which helps! He’s got a few great songs and with him being a Spurs fan it’s even better. 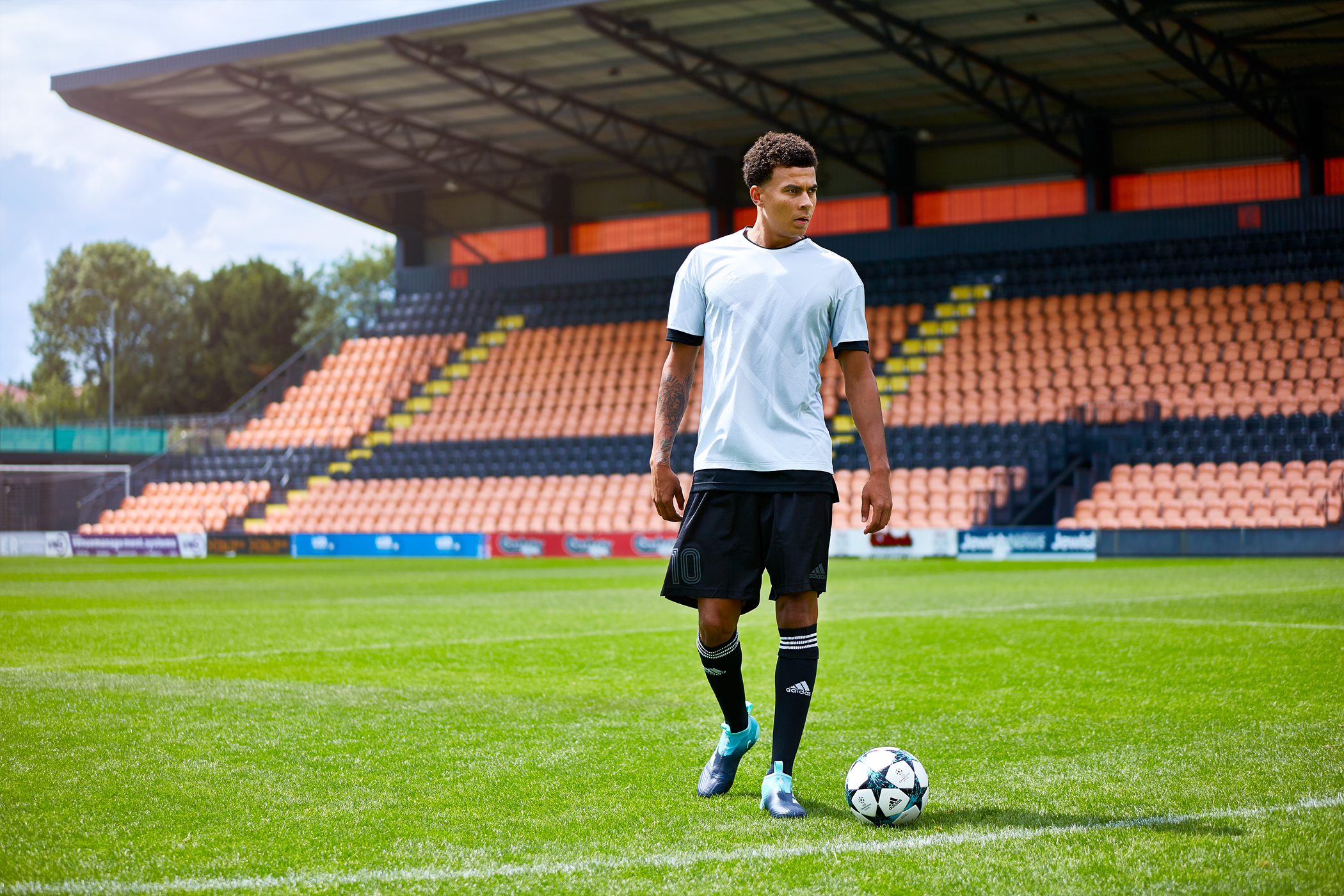 You were blessed enough to have Dave drop a lyric about you on his track ‘100M’s’. What’s that like, to see your name immortalised in a track like that?

Yeah, I saw that! (Laughs) It depends what they say but as long as it’s good, I’m happy. I haven’t listened to the song that many times but he’s another great UK artist – and he did a track with Drake, right? I love that. There’s also a song from Omz who made a song about me, which is nice.

I’ve also read you’re listening to Future a lot. What is it about his sound that you like?

Yeah, ‘HNDRXX’. I think he’s got an original sound, so often you get people saying a lot of artists sound the same. I think his music is good to dance to, not that I dance a lot, but it’s got a great vibe and you can listen to it in the car or on your way to games and zone out.

Much like yourself, Stormzy has been making a lot of waves with adidas. What did you think of ‘GSAP’ when that dropped earlier this year?

I loved it, loved every song. It’s a UK artist and it’s nice to support that movement. With his music, you can listen to it and vibe to it, which is great.

Wretch 32 is an Arsenal fan. Would there be any tension if you dropped one of his tracks in the dressing room before a game?

Nah, I just don’t listen to songs when he’s performing them in an Arsenal shirt! I listened to his Fire in the Booths and they’re the best. Either him or Stormzy. I also liked Bugzy Malone’s one. But yeah, I listen to a lot of Wretch’s freestyles.