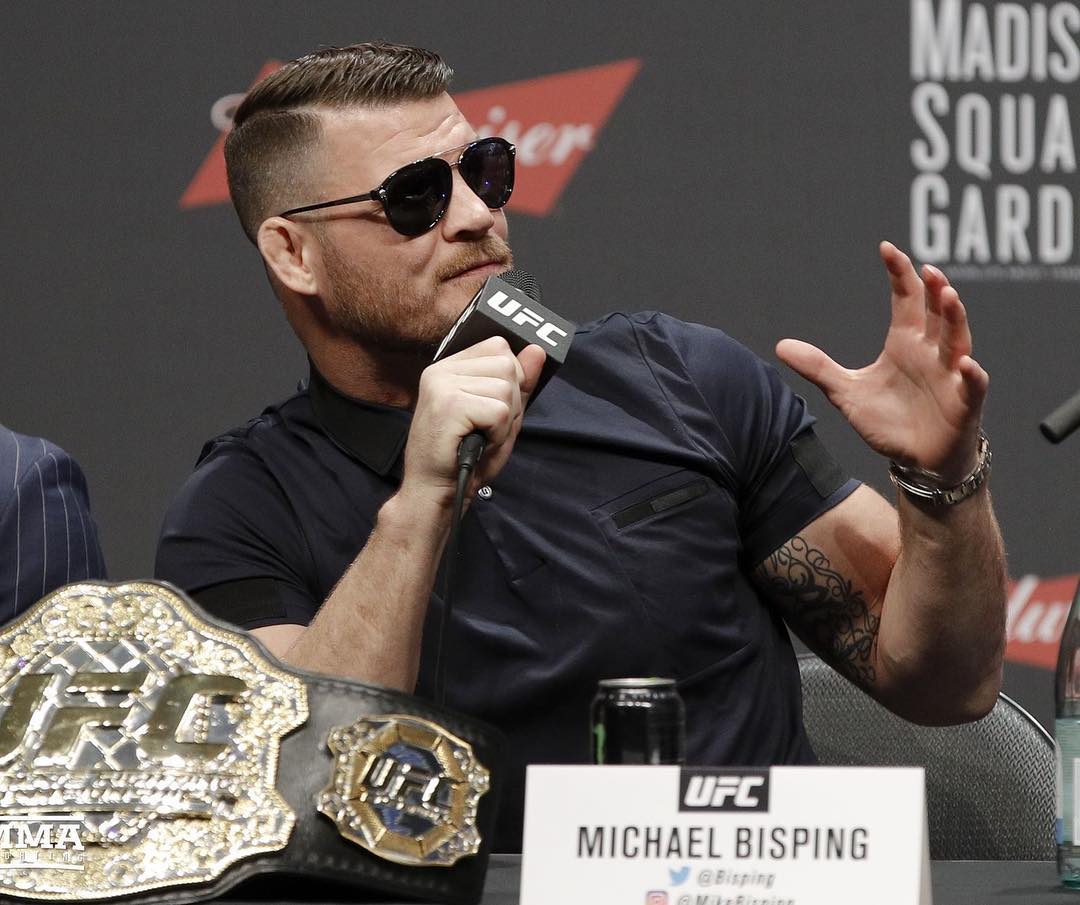 Michael Bisping is main eventing another UFC event, just 21 days after he lost his Middlweight title to Georges St-Pierre.

The Manchester fighter is stepping in as a late replacement at UFC Shanghai on November 25th to take on the dangerous Kelvin Gastelum.

Bisping lost his belt to Canadian legend Georges St-Pierre via rear-naked choke in the third round of their fight on November 4th.