Having already supplied a killer cookout event this summer SBTV, to celebrate its 10 year anniversary, will host its ‘Winter Weekender’ at Printworks in London.

Playing an instrumental role in the infrastructure of the UK underground scene, founder Jamal Edwards released a clip last month to announce the event, and now the full lineup is here.

Confirmed guests include from Boy Better Know are Jme, Frisco and Wiley, who we’re sure will no doubt launch into a BBK set, with Maximum also on the line-up.

Across the weekend schedule, the bill is rounded out with the likes of Abra Cadabra, AJ Tracey, CASisDead Ghetts and Kojey Radical, with DJs including Charlie and Ralph Hardy, on hand for set spins.

The event is set to go down on Saturday 16th and Sunday 17th December, with tickets becoming available from Friday 17th November. 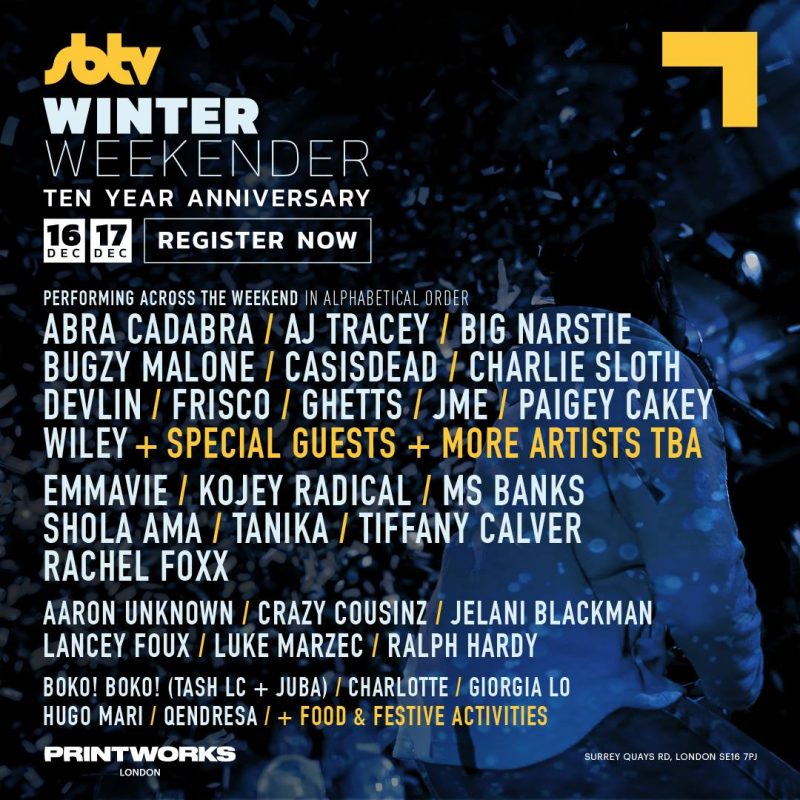