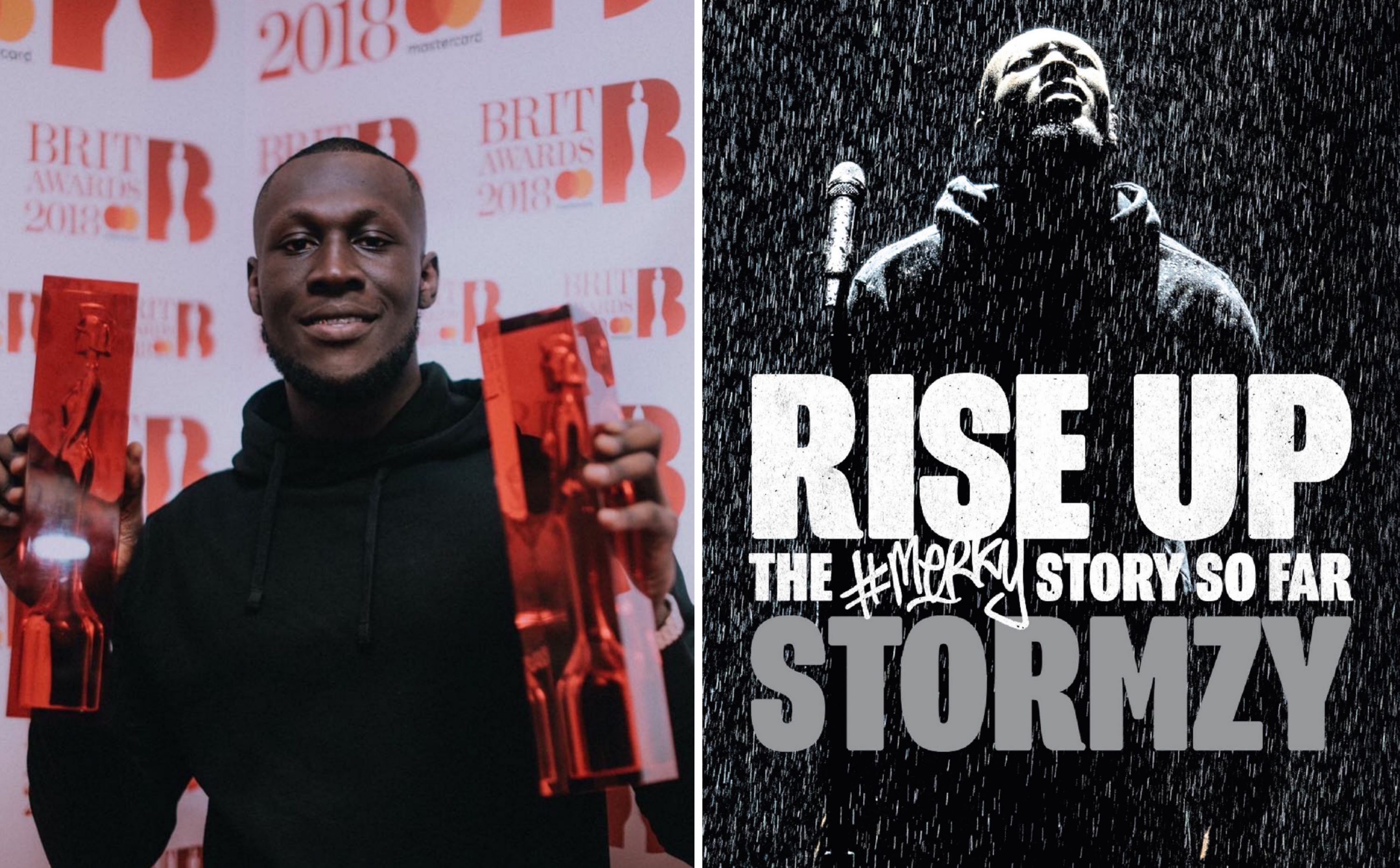 Stormzy is celebrating the publication of his debut book.

The autobiographical ‘Rise Up: The #Merky Story So Far’ is the first release from the rapper’s historic partnership with Penguin Random House, which seeks to provide an outlet for diverse young writers to get their works published.

The book – co-written by and edited by Jude Yawson – is released today in hardback, audiobook and eBook, and marks another chapter in the remarkable rise of Thornton Heath’s finest.

Featuring never-before-seen photographs, lyrics and contributions from those closest to him, ‘Rise Up’ is the definitive Stormzy story. Speaking on the book and his publishing venture, Big Mike said:

“We’ve created #Merky Books for many reasons, the first simply for it to be a reference point for talented young writers to say “I can be an author” and for that to be a feasible and realistic achievement and not something in the distance. We hope this imprint will instil belief and ambition in young writers, making publishing seem less prohibitive and making the dream of being a published author a reality.”

📹Stormzy chats to @YasminEvans about the launch of #MERKY Books, an initiative to publish the work of new authors, and the release of his own book 'Rise Up' 🙌🏾

In addition, Rise Up and #Merky Books launches with a world premiere event, featuring Stormzy in conversation with Akala, and special guests Malorie Blackman, Benjamin Zephaniah, Chelsea Kwakye, Ọrẹ Ogunbiyi and Jude Yawson, at the Barbican on 7 November.

You can cop a signed edition of ‘Rise Up’ from Waterstones here.