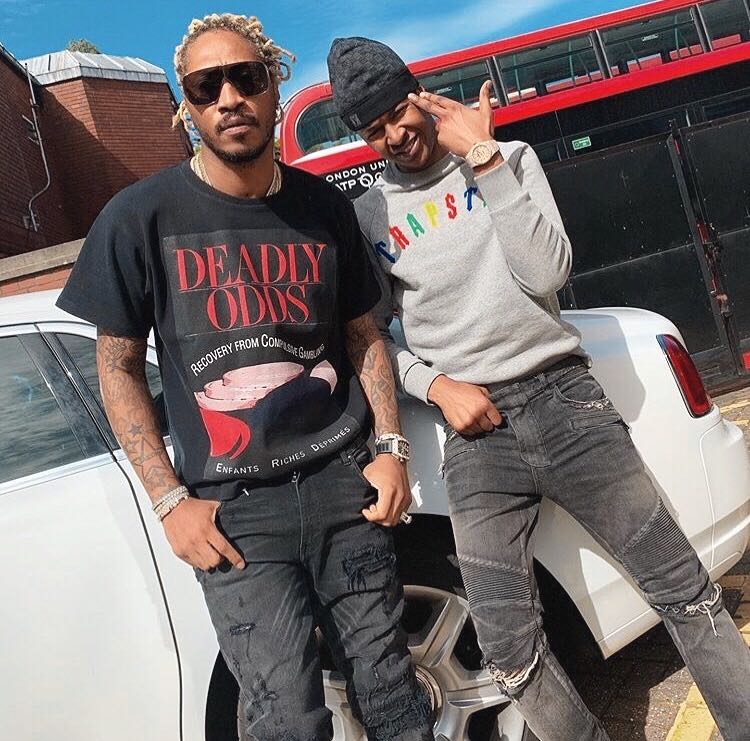 Rising rapper DigDat has been cooking up heat in the studio with Future in what’s set to be a certified anthem and massive moment for UK and US rap.

The Freebandz boss was recorded going off over a hard-hitting drill beat in a newly-uploaded video on DigDat’s Instagram stories. Fresh from becoming the face of the new OVO x Dsquared campaign, the clip of the pair in the studio sounds like DigDat has got another one up his sleeves with the Atlanta rap superstar.

Future on a drill beat?

The Lewisham-born rapper has recently achieved his second Top 20 hit after Krept and Konan jumped on the “Air Force” remix after going in straight in at Number 18 with his Hardy Caprio-featuring track “Guten Tag”. DigDat is rumoured to be dropping off a tape before the end of the year, and the Future-featuring track could land him his first number one.

In other music news, NSG have dropped off their long-awaited visuals for summer anthem “OT BOP”.