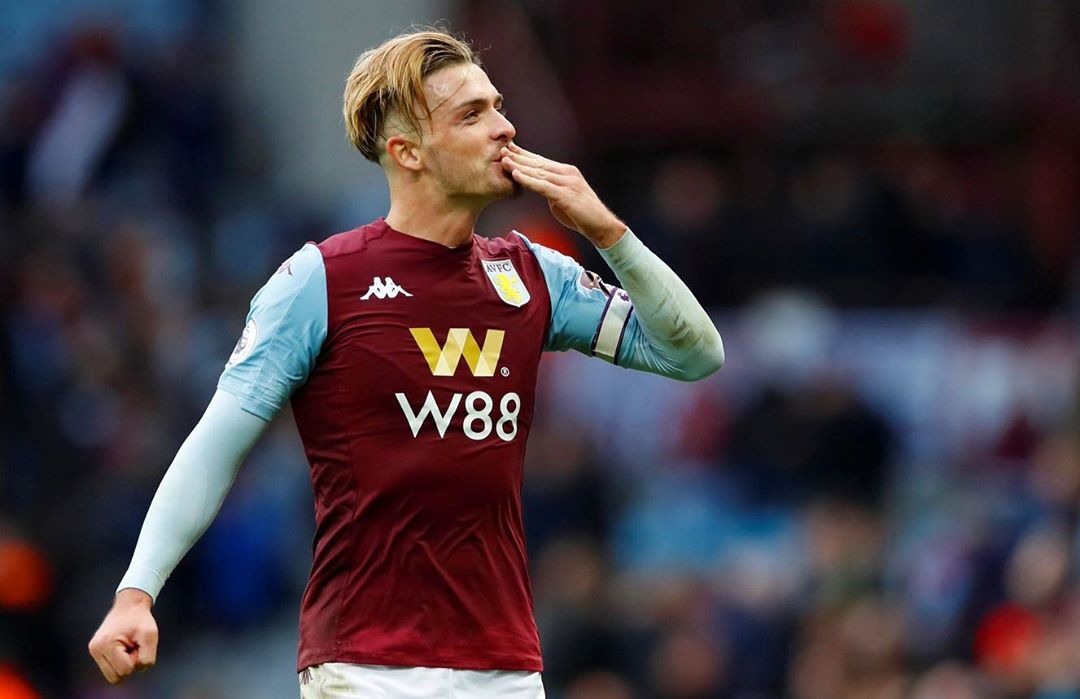 Jack Grealish is among six nominees for October’s Premier League Player of the Month award after balling out for Aston Villa this past month.

The 24-year-old has been one of the league’s most underrated performers since returning to the top flight with Aston Villa this season for the first time since 2015/16. The creative midfielder was instrumental in his team’s performances this month, scoring two goals and making one assist as the promoted side won two games.

Grealish has added muscle, maturity and consistency to his game since we last saw him in the Premier League, and his performances have led for calls for him to be considered for a future England squad. Despite declaring his allegiance for England in 2015, he’s still yet to make a senior appearance.

Grealish with the winner.

Making up the rest of the six-man shortlist, talented England U21 goalkeeper Dean Henderson helped Sheffield United to an unbeaten October and kept two clean sheets in the process. Ikay Gundogan and Willian starred for Manchester City and Chelsea respectively, while Leicester City duo Jamie Vardy and Youri Tielemans make the cut after a record-breaking month for the Foxes.

You can vote for your Premier League Player of the Month here until 6pm on November 4th. The winner will receive a massive upgrade on FIFA Ultimate Team.