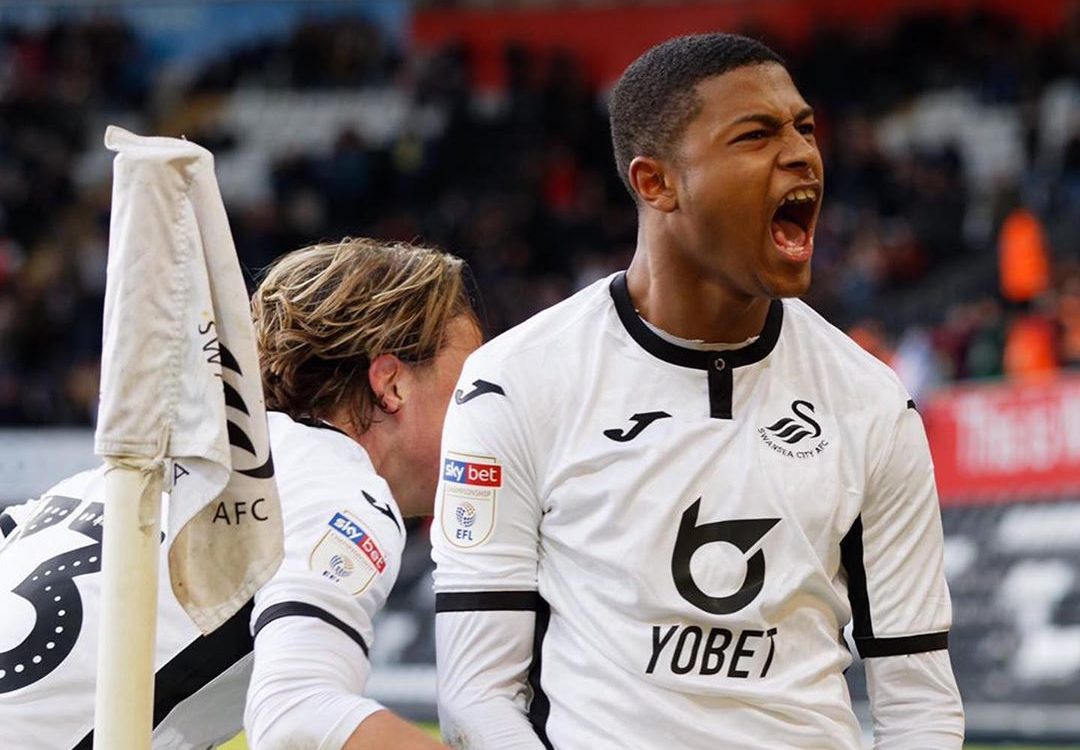 Rhian Brewster bagged the first goal of his senior career at the weekend – and he linked up with another Young Lion to do it.

The 19-year-old Liverpool baller – currently on-loan at Swansea – was making his home debut for the Welsh club and made a sick start, scoring a clever goal within 19 minutes against Wigan.

Brewster linked up with fellow loanee Conor Gallagher to get the first official goal of his career, making a sharp run behind the defence to find Gallagher’s precise through pass and fire the ball past Wigan’s goalkeeper with his left foot.

The young hitman is undoubtedly one of the brightest talents of his generation – having bagged the Golden Boot for England at the U17 World Cup in 2017 – but later spent 440 days out of action with a serious ankle injury before finally returning to action three days short of his 19th birthday.

Brewster’s successful rehabilitation and breakthrough in senior football should be a welcome sight for fans of all clubs – he’s really had to work for it. This is only the beginning.