Manuel Neuer is one of the greatest goalkeepers of the modern era. After beating Germany for the first time in a knockout game since 1966, England’s No.1. Jordan Pickford made it a priority to get the German captain’s shirt. And who can blame him?

Bayern Munich’s ‘sweeper keeper’ has won 25 trophies with the historic club, and finished 3rd – behind Lionel Messi and Cristiano Ronaldo – in the voting for 2014’s Ballon d’Or. But for many fans who watched him at Euro 2020, Neuer impressed for a different reason: his unwavering support of the LGBTQ+ community.

The Euros kicked off on June 11, almost two weeks into Pride month. It’s a month dedicated to celebrating all things LGBTQ+ and to show how – in some places across the world – there’s still a lot of work to be done when it comes to equal rights and acceptance for the queer community.

To show his solidarity and to lead by example, Neuer donned his rainbow armband – an international symbol for LGBTQ+ Pride – in all four of Germany’s Euros games. It was something he’d also done in the run-up to Euro 2020 in his team’s qualification games.

Followers of the Premier League might recognise the significance of Neuer’s actions, as the top tier of English football supports the annual Rainbow Laces campaign every season; an initiative emphasising the importance of allyship and inclusive communities, with the continuing objective to make sport everyone’s game. But to take such a stand at an international tournament, of his own accord, solidified Neuer’s allyship and prompted people to ask the question: would all fans really be welcome at this year’s tournament?

A question UEFA disgracefully failed to answer after initially investigating whether Neuer’s armband could be deemed a political statement, before refusing Germany’s request to light up Munich’s Allianz Arena in rainbow colours for their game against Hungary.

Hungary had recently banned the dissemination of content in schools seen to promote homosexuality and gender change. At that moment, UEFA emphasised the need for symbols and brands to reflect and respect local legislation during this summer’s tournament. Essentially, they wanted football to stay quiet about issues that could be seen as problematic to so many.

In response to UEFA’s decision, monuments across Germany including those in Berlin, Cologne, Frankfurt, and Wolfsburg were illuminated with the rainbow flag during their game against Hungary, fans in their thousands attended the game dressed head-to-toe in rainbow colours, while the Christopher Street Day project – responsible for organising Pride marches across Germany – made it their aim to get as many fans as possible wearing rainbow stickers or carrying flags.

Let’s not forget the German fan who executed an almost near perfect pitch invasion while waving a rainbow flag during Hungary’s national anthem. 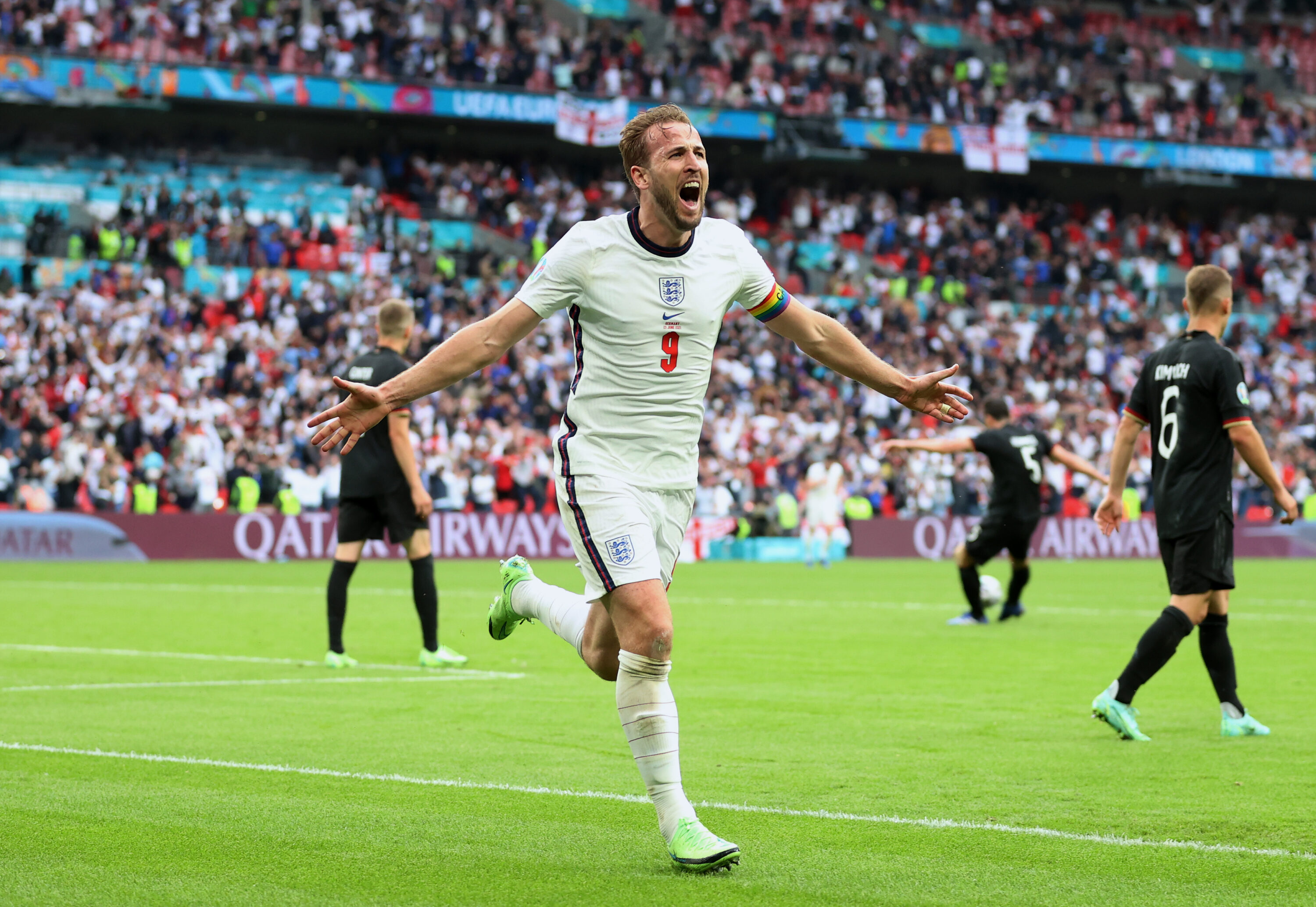 “Small acts of support like this can make all the difference to someone who’s seriously struggling to come to terms with their identity.”

England’s captain Harry Kane followed suit and proudly wore his rainbow captain’s armband to mark the end of Pride month in the Three Lions’ Round of 16 game against Germany. Liverpool captain and England midfielder Jordan Henderson also showed his support for the LGBTQ+ community, tweeting well wishes to England fan Joe White who attended the England vs Germany game as their “overtly queer self”. Vocal support from a player of such stature was a first for the non-binary campaigner who co-chairs Gay Gooners, the first and largest LGBTQ+ fans group in England.

Small acts of support and kindness like these can make all the difference to someone who’s seriously struggling to come to terms with their identity.

We can’t ignore that fans have had flags and items symbolising Pride confiscated throughout the tournament at both fan-zones and stadiums. A Danish fan’s flag was taken away by security while attending Denmark’s quarter-final game against the Czech Republic in Baku, Azerbaijan. Two days prior, one of the main sponsors of the competition – Volkswagen – stated they had been told by UEFA not to display banners representing rainbow colours in both Baku and Russia.

A governing body that rolls out an ‘Equal Game’ campaign but doesn’t respect all fans equally? Bewildering.

It’d be monumental if UEFA used their platform to enact positive change like players and teams have demonstrated this past month, instead of rolling out empty messages of support like changing the colours of their logo to represent a rainbow; but with no mention of Pride or LGBTQ+ support.

As a member of the LGBTQ+ community, I’d feel more at ease with the game I love if we had the backing of governing bodies responsible for putting on tournaments of this scale. Knowing I can attend a game with my partner of seven years and not be confronted with anti-LGBTQ+ rhetoric, like fans experienced in Hungary last month, is a basic expectation. We’ve spent decades feeling unwelcome and unsafe in footballing environments because of a lack of support from the powers that be and supposed fans. Perhaps the most poignant story that demonstrated this in footballing history was Justin Fashanu’s.

A legend amongst Norwich City fans, Fashanu became the country’s most expensive black player in 1981 with his £1 million move to Nottingham Forest. The Hackney-born player had the world at his feet, but it all came tumbling down in 1990 when he became the first openly gay player in the top four tiers of English professional football.

Fashanu faced backlash from the media, fans, teammates, managers – most notably Brian Clough – and even his family. His brother – Wimbledon F.C player John Fashanu – publicly disowned Justin at the time of his coming out. The hostility surrounding Justin’s sexuality, and the onslaught of homophobic abuse, contributed to him taking his own life in 1998.

It comes as no surprise why players like Thomas Hitzlesperger and Robbie Rogers waited until retirement to come out. The risks of facing public scrutiny and potentially bringing an early end to your career are far too real.

Individuals like Neuer are making football a safer place for fans and players to be themselves. We need more people like the German shotstopper if we are to challenge institutions and organisations responsible for safeguarding the future of football as there’s always more to be done.

To date, almost 70 countries still criminalise same sex relationships. One of them is Qatar, the host nation for next year’s World Cup. For far too long football has failed to welcome all fans, and until morals talk, money will.

But we can rest assured knowing as time goes on, more fans and professional ballers will only grow in confidence when it comes to standing up for what they believe in. We shouldn’t diminish the educational element that comes with their actions. Neuer’s armband has shone a light on LGBTQ+ history and existing barriers still experienced by millions of fans across the globe. He has helped to create a legacy.

Wearing rainbow armbands and laces – like Hendo did when he scored his first ever England goal against Ukraine – at the European Championships, and every other tournament, will always be important.

Representing marginalised members of society who don’t have a platform to share their voice is becoming the norm in football – but it’s still something that should never be taken for granted.