When you talk about some of the most inspirational pro players in the game, put Michail Antonio’s name centre stage in the conversation. The history books and algorithms might dictate impact and influence by trophies and numbers alone, but something they can’t quantify is heart, resilience and the power of self-belief. Michail’s story is a testament to those qualities and should serve as a life lesson to anyone who wants to stand up tall and achieve their dreams against all odds.

From Ryman League to Premier League, non-league to national team, local parks to Upton Park and beyond. This is a player who has taken a long and hard road to the top of the pro game, demonstrating durability and hard graft to overcome any obstacle fate threw in his way. Couple that hard graft with the self-expression we now see on the major stage, it’s no wonder MA9 has linked up with Dr. Martens to front the new Tarik collection – a series of models made from Ajax leather and tough nylon that has a distinct style and durability that’s comparable to Antonio’s very own journey.

Linking up with a brand like DMs might seem like a step outside of most pro ballers’ comfort zones, but Michail Antonio has never been a player to put limits on his ambition or ability. 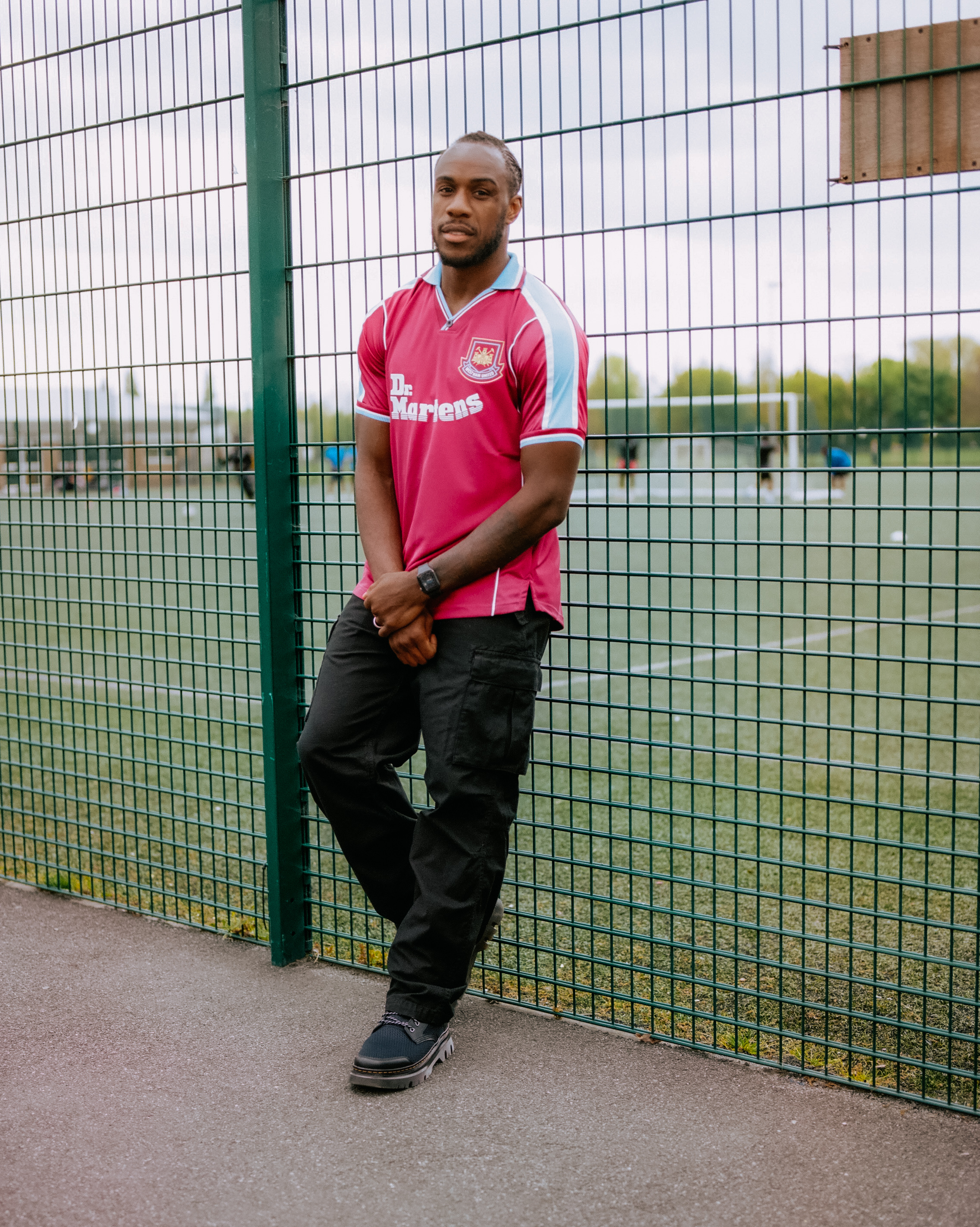 “The effervescent baller still manages to be one of the few in football who is willing to speak with authority and candidly about serious topics.”

He’s an individual that’s made the most of every opportunity that’s come his way. He signed for non-league side Tooting & Mitcham United as a 17-year-old, but had jumped five divisions just three months later to join Reading in the Championship. While in the Isthmian League, a teenage Antonio displayed the predatory instincts that now strikes fear into the eyes of the most deadly defenders in the world, scoring 10 goals in just 12 games.

And while the fairytale move was like something straight out of fantasy football, it took another seven years before Antonio would play his first Premier League game. Earning a reputation as a versatile player who would play anywhere on the right hand side, loan spells at Cheltenham, Southampton, Colchester and Sheffield Wednesday saw the Wandsworth man bounce around the football league before landing at Notts Forest in 2014, where he’d score 15 goals in a season and catch West Ham’s attention.

Fast forward to 2022 and his career has gone from strength-to-strength in ways many could have never imagined. Unlike many of his professional peers, he doesn’t have an extensive academy background and he didn’t burst onto the scene at a young age. But that didn’t stop him from becoming West Ham’s all-time top goalscorer in the Premier League with 56 strikes to his name, or the new poster boy of Jamaica’s national team where he’s scored three goals in six appearances.

But what may be even more significant than the numbers he’s put on the board on the pitch, is the way he’s used his own words off it.

There’s no denying Michail is one of the most electrifying personalities in football – and while he’s become beloved for a streak of iconic celebrations and unlimited vibes in the dressing room, the effervescent and ever-laughing baller still manages to be one of the few in football who is willing to speak with authority and candidly about serious topics. 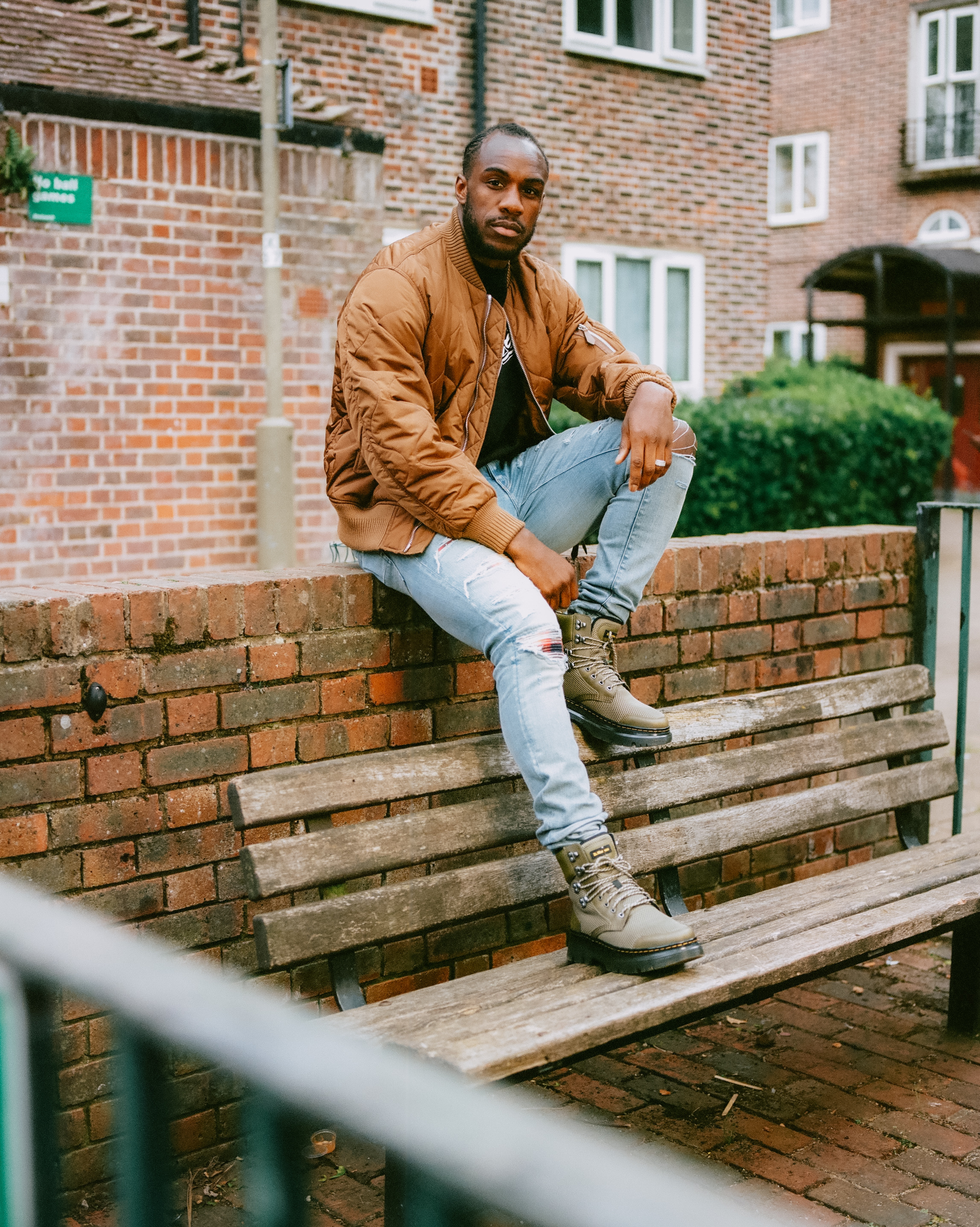 “We often think that only a select few can cause change and do things on their own terms, but Michail’s existence and persistence has dismissed that notion.”

You saw it most clearly last season, when highlighting the difference of reaction between racism in football and the animal cruelty charges facing his teammate Kurt Zouma. His remarks weren’t media trained and they weren’t polished, but it was a human being standing up for what they believed to be right – showing how similar he was to a generation of fans who watch him every weekend.

In one moment, the same figure who made millions chuckle with celebrations made millions sit up and take notice of what he was saying on a whole deeper level. He showed everyone how important your voice can be, and there’s a real lesson to be learned there.

We often think that only a select few can cause change and do things on their own terms, but Michail’s existence and persistence has dismissed that notion. He will succeed where others say he can’t, speak when others say he shouldn’t, and stand up tall while others might shy away.

In many ways, his story has parallels to his hero, Ian Wright, who himself sported Dr Martens on his chest as a West Ham player in 1999. Both came from South London. Both were late bloomers in football who played non-league football in their formative years. Both remained true to their identity while adjusting to the demands being a pro baller brings. 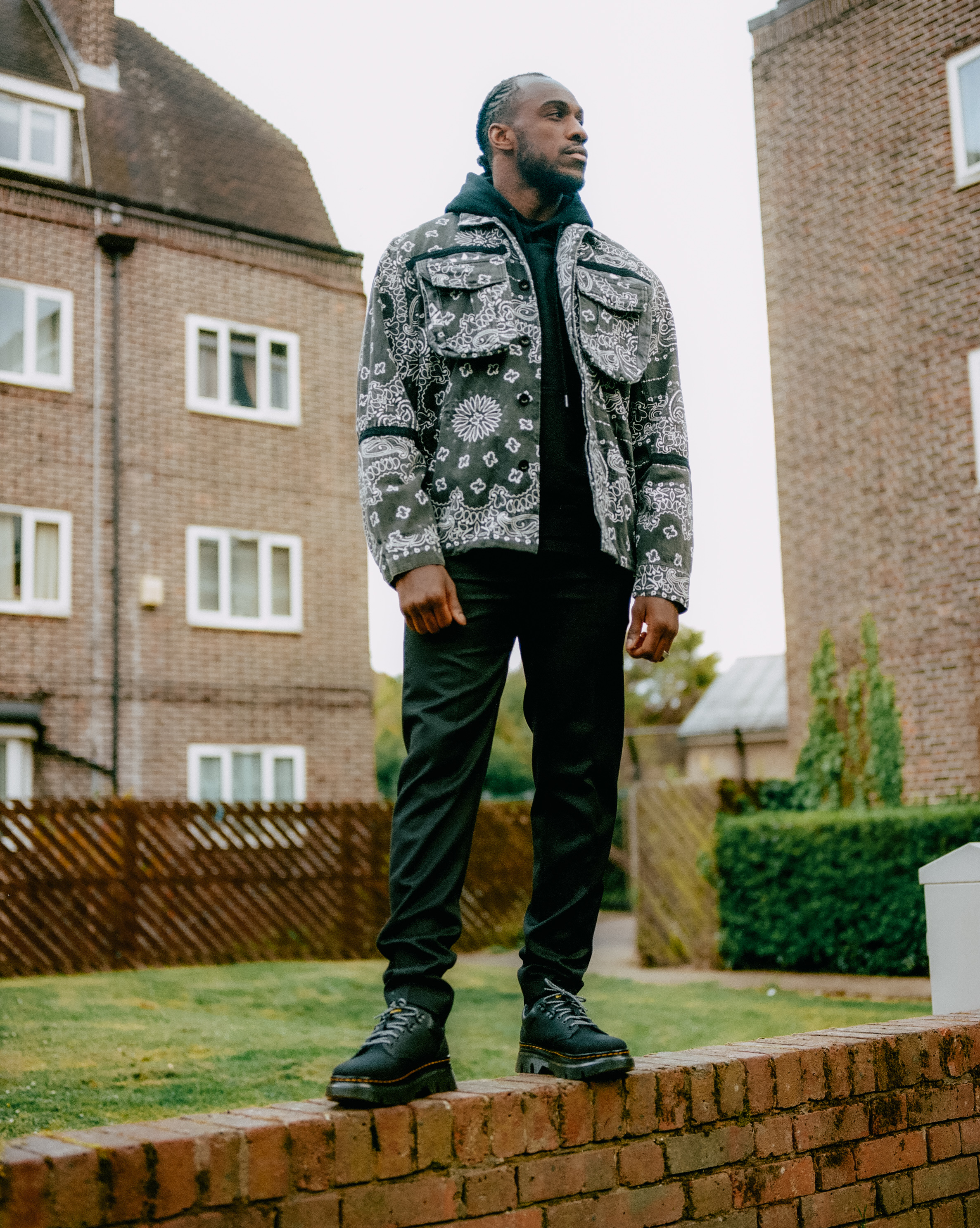 Dr. Martens has always been a brand that’s quite literally paved a path for self-expression, worn by some of the subcultures and communities who have never been afraid to stand up tall and empower those around them. Michail Antonio’s story is no different.

The path he’s paved and the influence he demonstrates with his platform should be a lesson for anyone who’s ever believed they have it within themselves to press harder and push farther.

Stay true to the mission and stay true to who you are. If you’re not yourself, then who can you be?

Michail Antonio wears the new Tarik collection, which is available at drmartens.com and in select stores.