Kofi Stone is a certified throwback. The Birmingham rapper was first inspired to make music after hearing Grandmaster Flash on ‘GTA: Vice City’ and he’s built a reputation for creating introspective and impactful rhymes over everything from jazz instruments to piano chords ever since. He’s a 90s kid through and through, so it’s no surprise that France 98 still gets him gassed.

Pulling on an Argentina-inspired jersey from a new collab between Jameson and Lover’s F.C. for the first time, it doesn’t take long for Kofi to wax lyrical about players like Hernan Crespo and Gabriel Batistuta. Without skipping a beat, Kofi also gushes about the power of football kits from that era. He still longs for the baggy fits, bold colours and popped collars of the 90s at a time when contemporary kits are moving in a different direction.

East London born and Birmingham raised, Kofi Stone has always been someone who represents duality. He’s a multi-dimensional creative who loves to share ideas and experience different cultures. It’s why the global nature of the World Cup has always been so important to him.

It’s this same spirit of worldwide culture powering the new kit collection Kofi is repping on set. Lover’s F.C. founder Neal Heard agrees, saying the power of kits to symbolise our love of football remains undefeated: “The one thing I know from experience is that there are no more important football shirts than those worn at the World Cup. The best thing about the tournament is that the whole world is watching, people are sat in bars or around TV’s from Bangkok, to Rio, to Dagenham – all glued to those teams and those colours. These moments and the shirts stay with us and connect us forever.”

To mark the release of the new Jameson x Lover’s F.C. collection and to dig deeper into the power of football, we linked up with Kofi Stone to talk iconic football fits, the enduring influence of France 98, and why the World Cup is the ultimate platform for global culture. 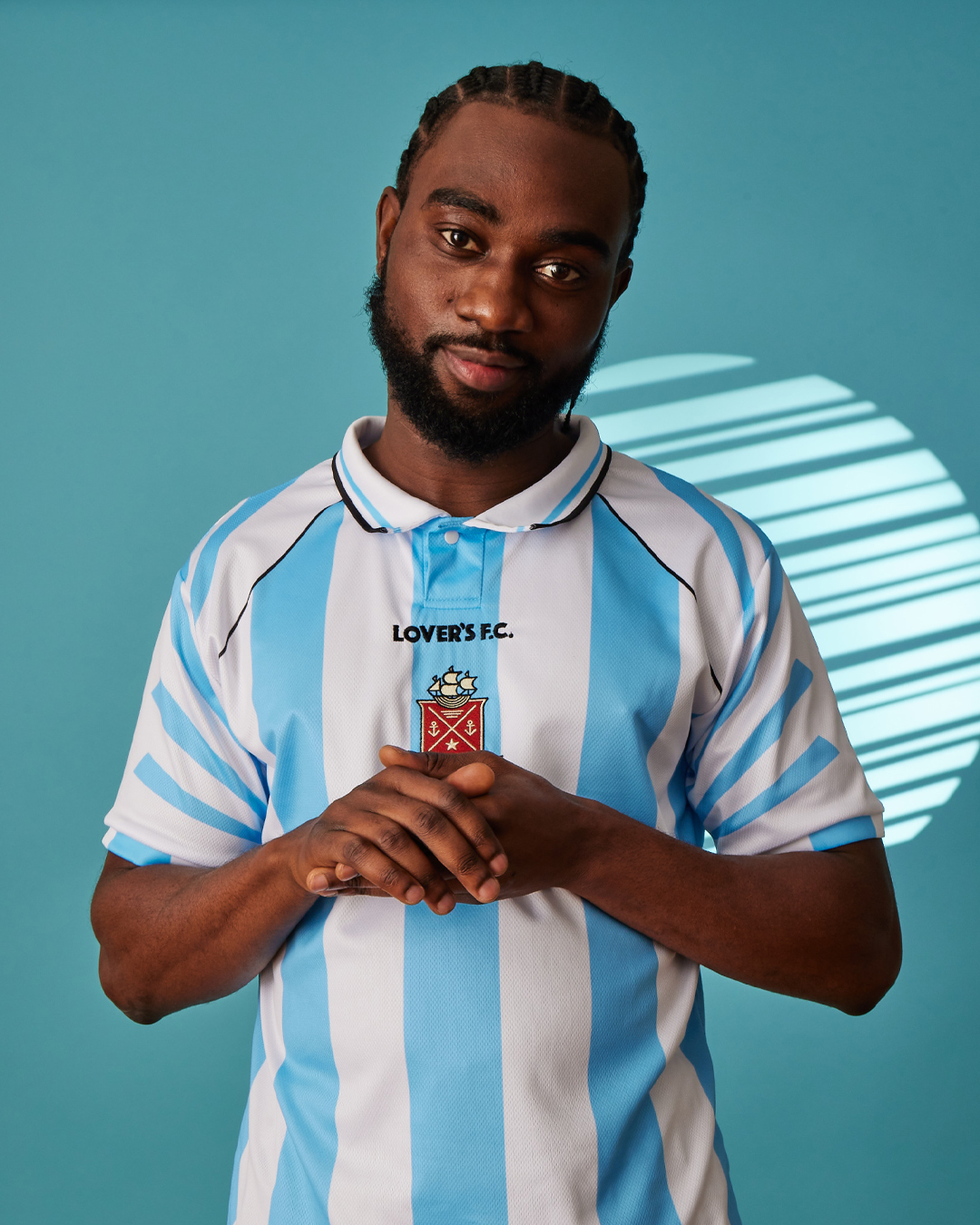 VERSUS: What memories came back to you when you pulled this jersey on for the first time today?

Kofi Stone: I just remember seeing Hernan Crespo in it. I really liked Crespo as a player, and I always used to look for him on the pitch! I can’t remember what World Cup it was – maybe 1998 – but I was excited to see him play. Argentina have always had big ballers, more recently the likes of Messi, so it’s always great to see them play. Messi’s GOAT level.

It’s always a lot of fun! I’m proper excited for it. It definitely means learning about different cultures, it’s one of the most multicultural experiences we see. And it gets me in the mood to play football as well! I loved playing and I used to play quite a lot when I was in Birmingham…

What position do you play?

Up front! I’m a bit of a glory hunter, a bit of a toe poker…that’s my vibe! I’ve been trying to look for a regular 5-a-side thing to do for time. The World Cup just gets me excited about football. 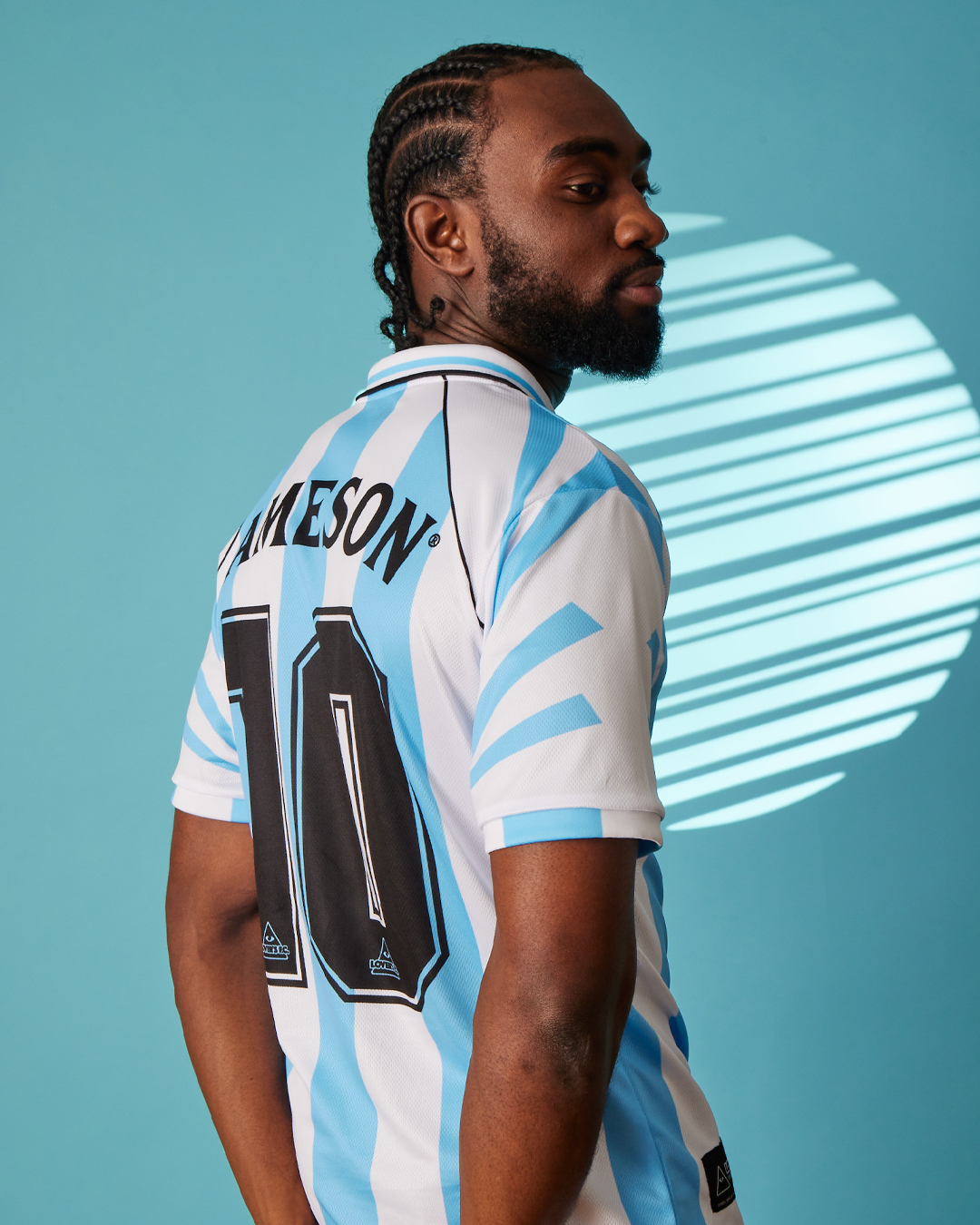 Did the World Cup help you understand and fall in love with global culture?

Definitely. Just from watching certain games you see people’s culture on display. You see the different outfits and celebrations, each country’s culture is often embedded into how fans and players carry themselves on match day. You especially see that with a lot of the South American and African teams. It’s beautiful and it brings us all together.

I remember the England vs Colombia game in 2018. I went to Elephant & Castle to watch it, and there’s quite a big Latino community there – I didn’t really know that! It was so nice to be around those people at that time and it was all love. Even though someone’s got to lose, the atmosphere around these games is usually so nice. There was a big party in the street afterwards and ultimately we were all there for the same reason – to have a good time!

Outside of England, are there any other national teams you’re going to be supporting?

My heritage is Ghanaian, so I’ll definitely be supporting Ghana. They did really well in the 2010 World Cup until Luis Suarez handballed it to block a goal, and stopped us from going to the semi-finals. They had a really good squad that year and this one isn’t too bad either! They’re in a tough group but they’ve definitely got a chance.

It’s nice to see the underdogs doing well, too. I like watching teams that have qualified but aren’t considered favourites do their thing! The World Cup is a different stage to other tournaments and I feel like so many smaller countries rise to the challenge. It’s beautiful to see.

When it comes to football and fashion, how important is that connection to you?

I think going back some years you had David Beckham pushing the boundaries – he was the king of hairstyles – and I think hair is a huge thing in football. I’m one to have a lot of different hairstyles and I got that from football! 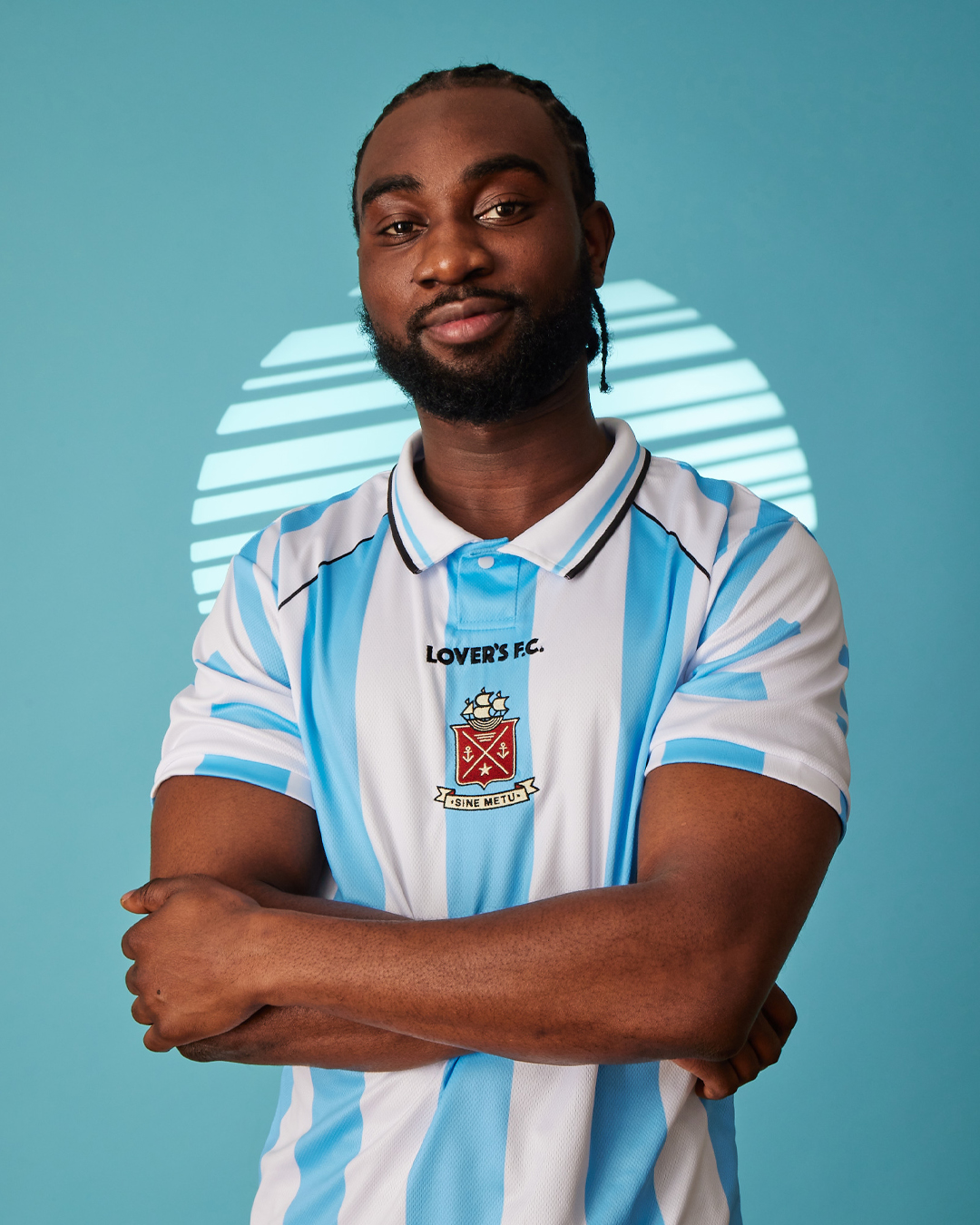 From the Jameson x Lover’s F.C. kits you’ve seen today, what are some of the features you’ve liked?

Definitely the collars! I love old school collars on shirts. The colours are really rich and I like the slightly more loose fits of older shirts. I prefer to wear things baggy and classic kits just did that better.

What are some of your favourite World Cup moments?

France 98 is my most memorable tournament. It was a France-Brazil final and that game was so iconic. They won 3-0 and Zidane scored twice, which just made him a superhero in my mind. It was a home win for them too, which made the entire tournament so memorable. You had ballers in that one too – Zizou, Henry, Barthez, Ronaldo, Rivaldo, Cafu. All these legends on the same pitch at once! That’s what the World Cup does.