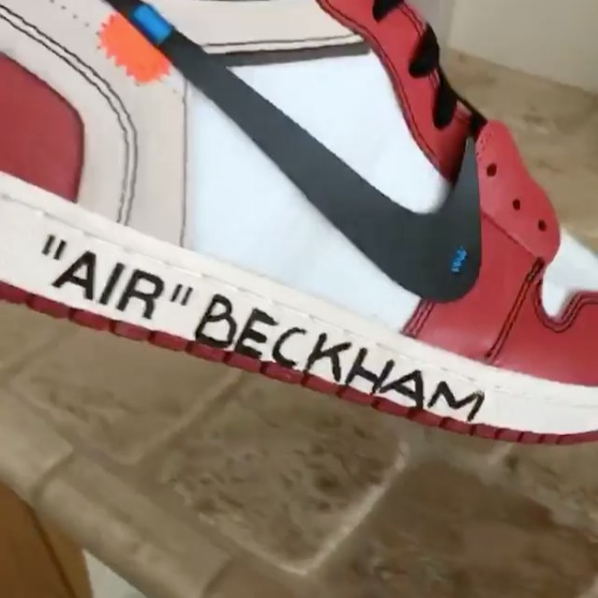 When Odell Beckham Jr isn’t hanging out with Marcus Rashford, or sending subliminals over social, he’s being gifted one of the most anticipated sneaker collaborations of the year.

Having already gifted a number of people with Air Jordan and Air Max, including grime MC AJ Tracey, Virgil Abloh’s Off-White has continued to dish out the goods and hype for the collaboration seems to be showing no sign of slowing down.

Looks like Odell Beckham Jr. (@obj) is the first athlete to be gifted a pair of Virgil Abloh's signed OFF_WHITE x Air Jordan 1. Stay tuned for a release date.

With a few silhouettes having been unveiled already, namely the Air Max 90, VaporMax, Air Force 1 Low and Blazer, this footwear collaboration is likely going to be one of the most sought after this year. It’s expected that 10 styles will launch in total for Off-White™ and Nike’s collaboration. Pricing and release dates are yet to be announced.

Football worlds recently collided when OBJ hung out with Manchester United’s Paul Pogba, the pair kicked in Los Angeles and even rode a rollercoaster together.

Stay tuned for the release details of the Off-White x Nike collab.