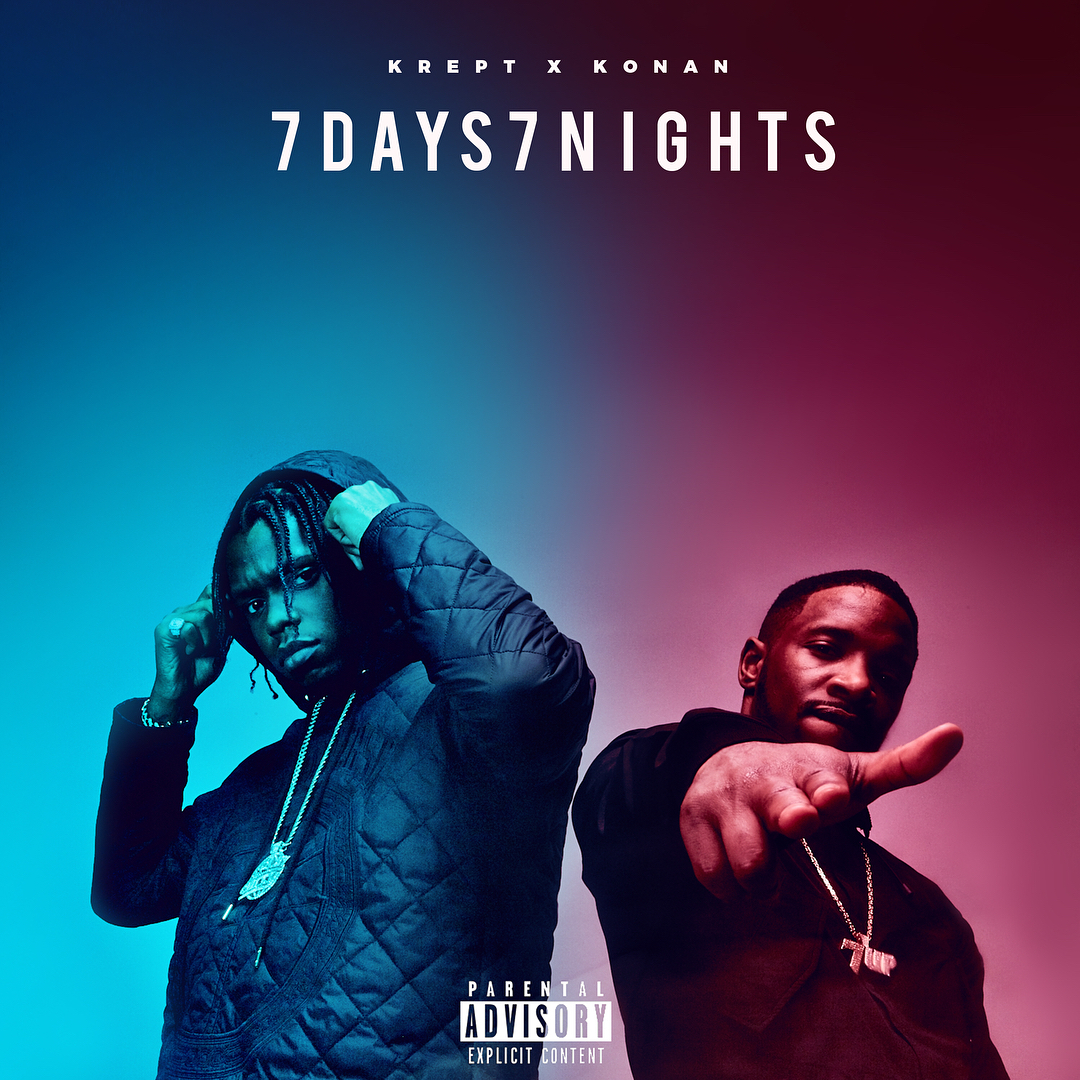 After a brief period of inactivity over the summer, UK rap duo Krept and Konan today announce their return and they’re back in a big way.

The “Young Kings” unveiled plans to drop two projects next month, entitled ‘7 Days’ and ‘7 Nights’ and from tracklisting, it appears one will be more conventional rap, with the other a more R&B leaning effort. With a stellar support cast, features across both tapes include Stormzy, Jhene Aiko, Skepta and J Hus – another standout appears to be the long awaited return of Roadside G’s MC, RA.

Speaking on the projects and their intentions behind it, the pair revealed to us: “We wanted to make music that covered the full spectrum of our sound. We knew we wanted the bangers and the jams, and we ended up with enough tracks that we could put out two mixtapes with different vibes.” 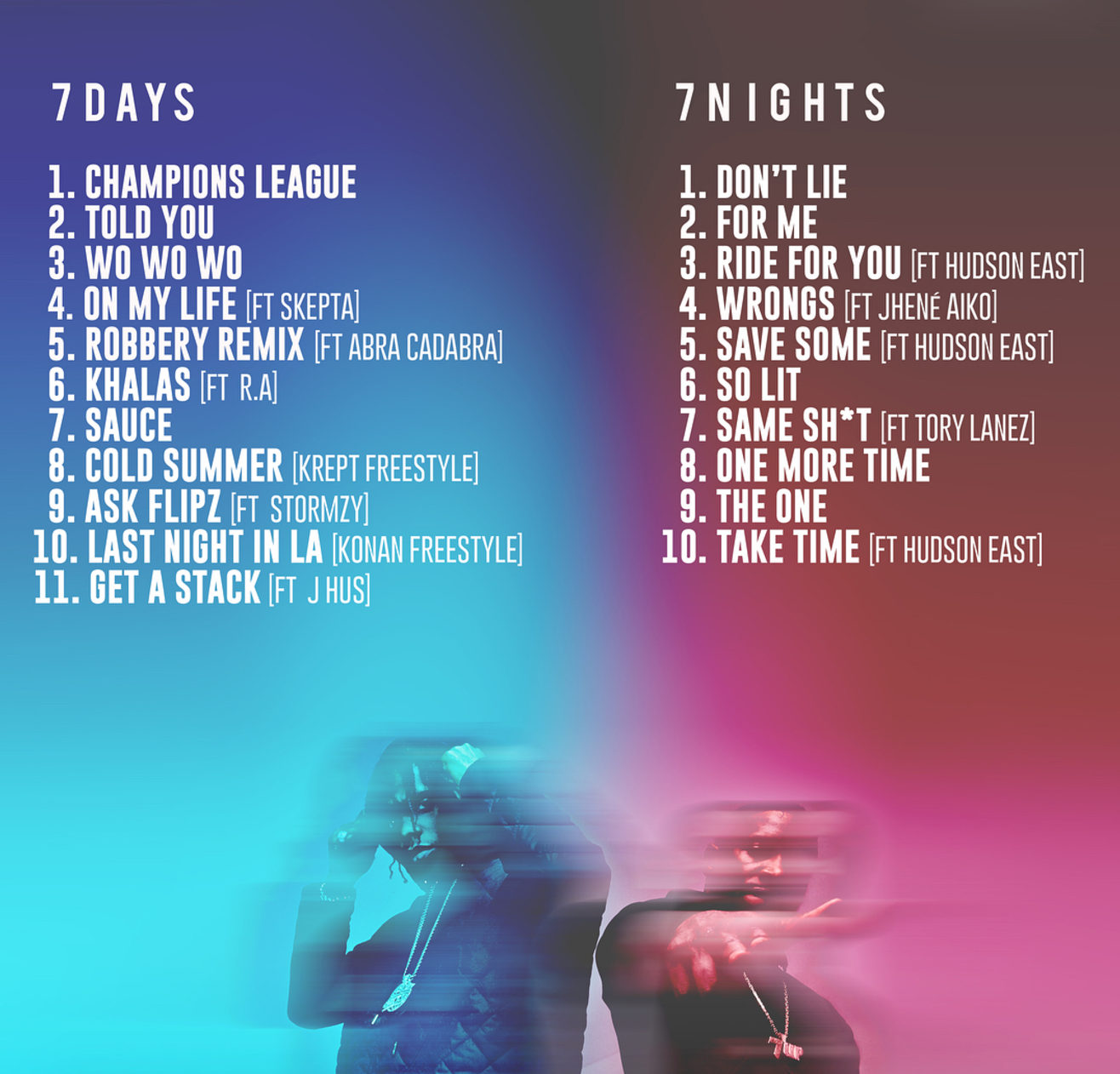