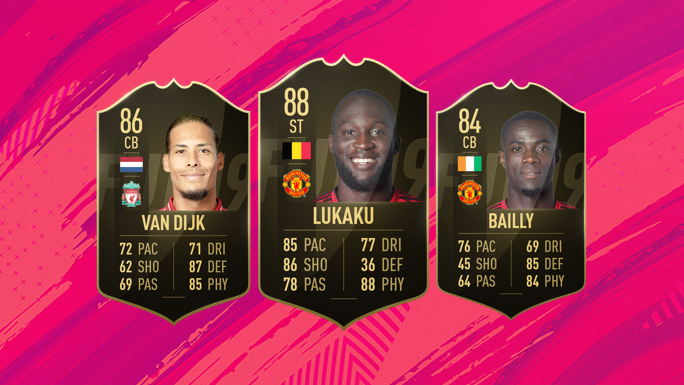 After a pretty quiet international break – England’s game with Spain being the exception – EA Sports have dropped an absolutely stacked Team of the Week for FUT.

TOTW 5 sees three fan favourite cards get a boost, with Virgil van Dijk, Eric Bailly and Romelu Lukaku all receiving upgrades due to their form over the international break. Van Dijk and Bailly both cement their places as two of the fastest Premier League centre backs, while Lukaku now boasts pace, shooting and physical stats all rated at 85 or over. 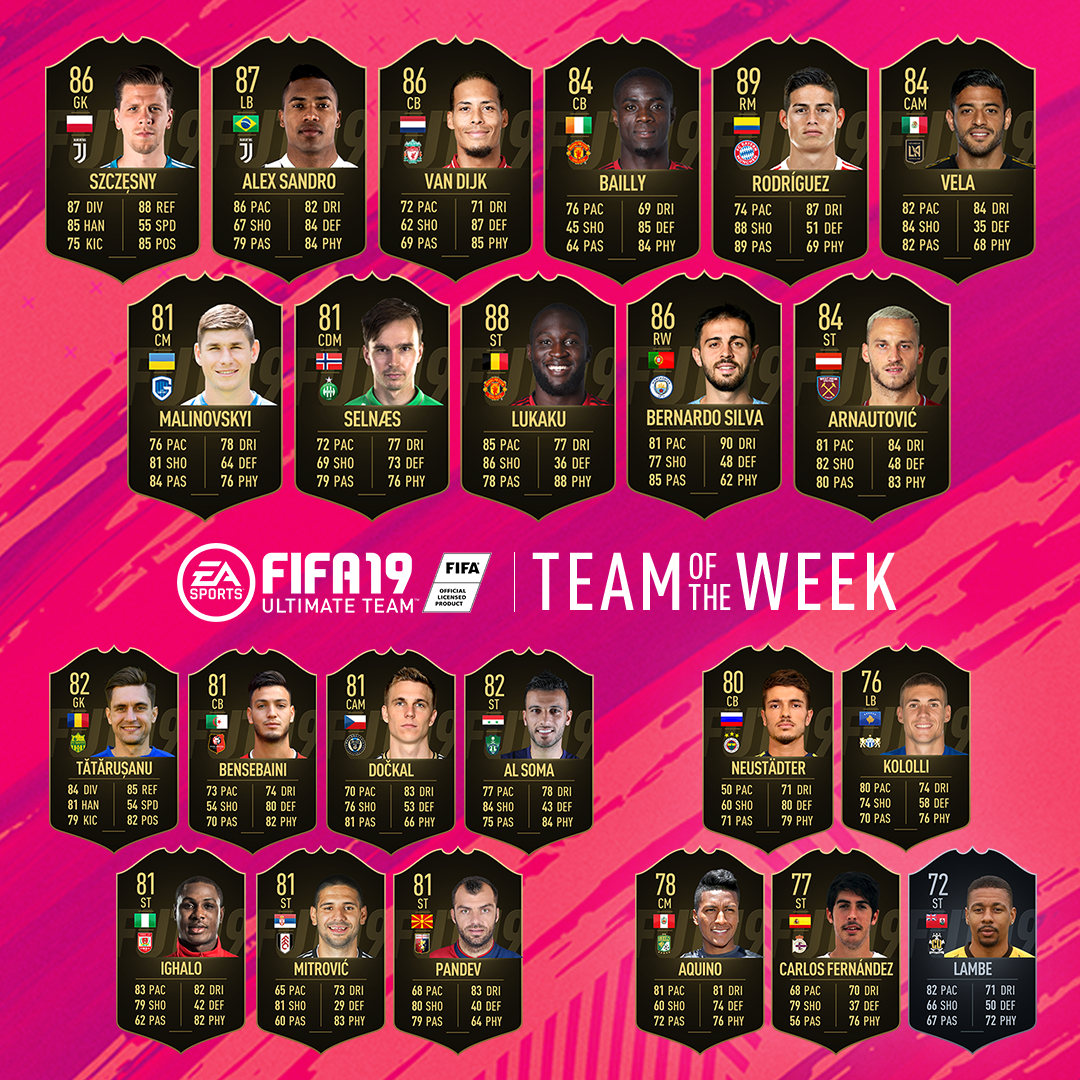 Other players that get an upgrade include Alex Sandro, Bernardo Silva, James Rodriguez and Aleksandar Mitrović.

The players will be available in packs in-game from 6pm this evening.