Octavian has flexed his consistency in dropping off another mad video for one of the best tracks of his ‘Spaceman’ mixtape – “Move Faster”.

The wavey, Aboveground-directed visuals see the Essie Gang don head for a nighttime drive accompanied by bright and blurry special effects for the track which – like the rest of the mixtape – has got year-long playback and longevity that cements Octavian as one of the most exciting artists in the UK at the moment. Check it out above.

Octavian also hinted on his Instagram that he’ll drop a “mini album” if the video is to reach 100,000 views by Tuesday. Better stick this one on repeat then. 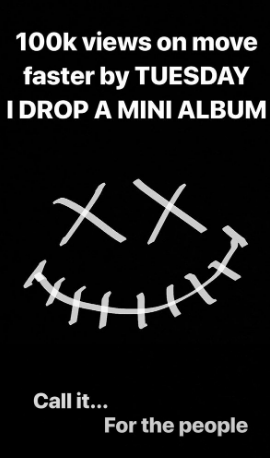 Octavian will also be touring Europe next year, with some UK dates still having tickets available.

In other music news, Conducta has released some new visuals for his bubbly UKG Banger “Steezing”.