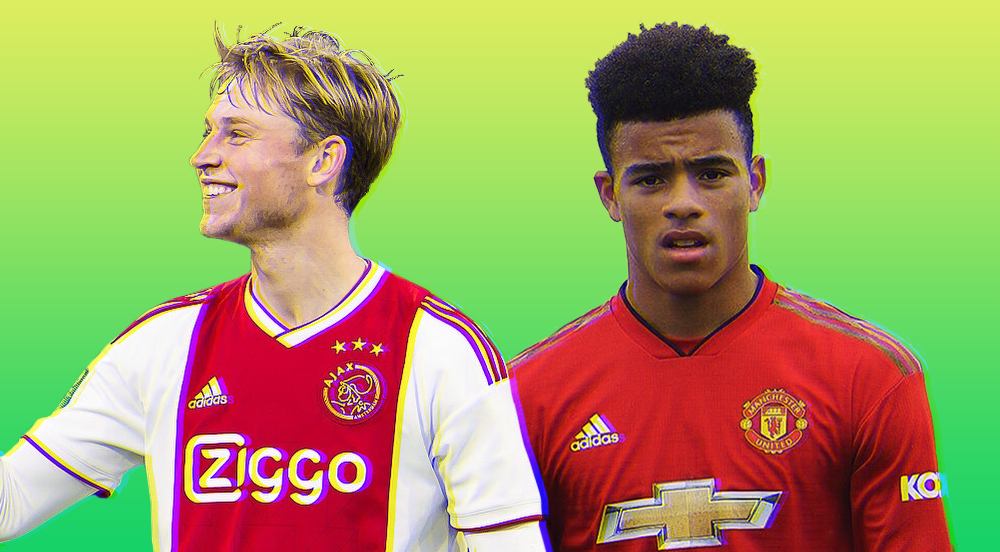 2018 proved that age mattered little when it came to players establishing themselves as world-beaters.

After missing out on the World Cup, 19-year-old Matthijs de Ligt guided Holland to victories over France and Germany and into the Nations League finals before becoming the first defender to win the prestigious Golden Boy award. Elsewhere, 18-year-old Jadon Sancho started tearing up the Bundesliga on a weekly basis, securing November’s player of the month award, and won a call-up to the England squads. And Kylian Mbappé, as we know, did Kylian Mbappé.

2019 promises much more of the same thing. There’s a glut of new talent ready to make a name for themselves on a global stage, and with plenty of big-money moves lined up for the list of players we’ve spotlighted below, you can expect this lot to do some serious bits in the calendar year ahead. 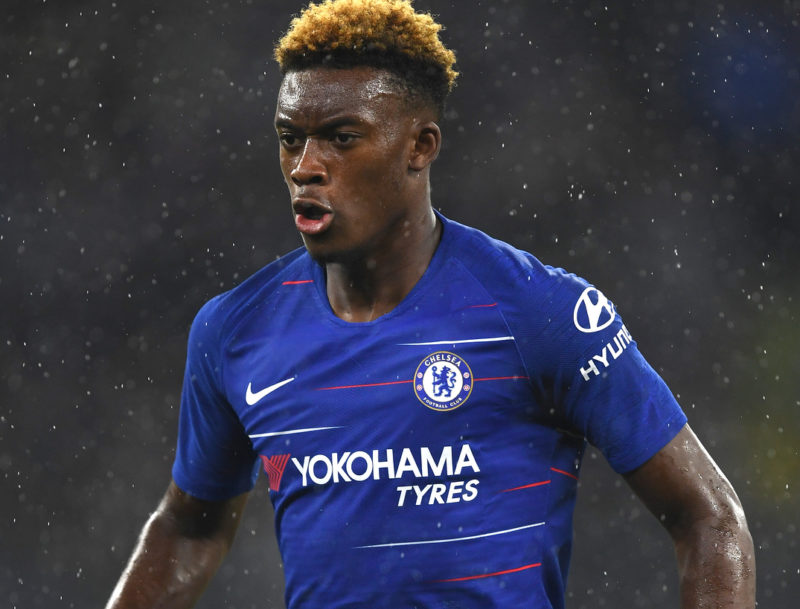 Despite his limited playing time at Stamford Bridge after a blistering preseason, Calteck has been making an impression in English football and beyond with his sparkling cameo appearances. He’s developed a ‘cult’ following in the Bundesliga, where he’s been wanted by everyone from Monchengladbach to Dortmund – and is now firmly on Bayern Munich’s radar after a reported series of eight-figure bids. Hudson-Odoi is desperate for minutes to showcase his ridiculous talent, and now has the opportunity to follow in Jadon Sancho’s footsteps and makes his move to Germany. Blessed with blistering pace, the ability to provide and score and having completed more dribbles per 90 minutes than any other player this season, don’t be surprised to see CHO take over from Arjen Robben and Franck Ribery’s legacies in years to come.

Hudson-Odoi is a problem ?

The 17-year-old secured his place in Chelsea’s squad after this fire performance. pic.twitter.com/R8qKkEYF2s 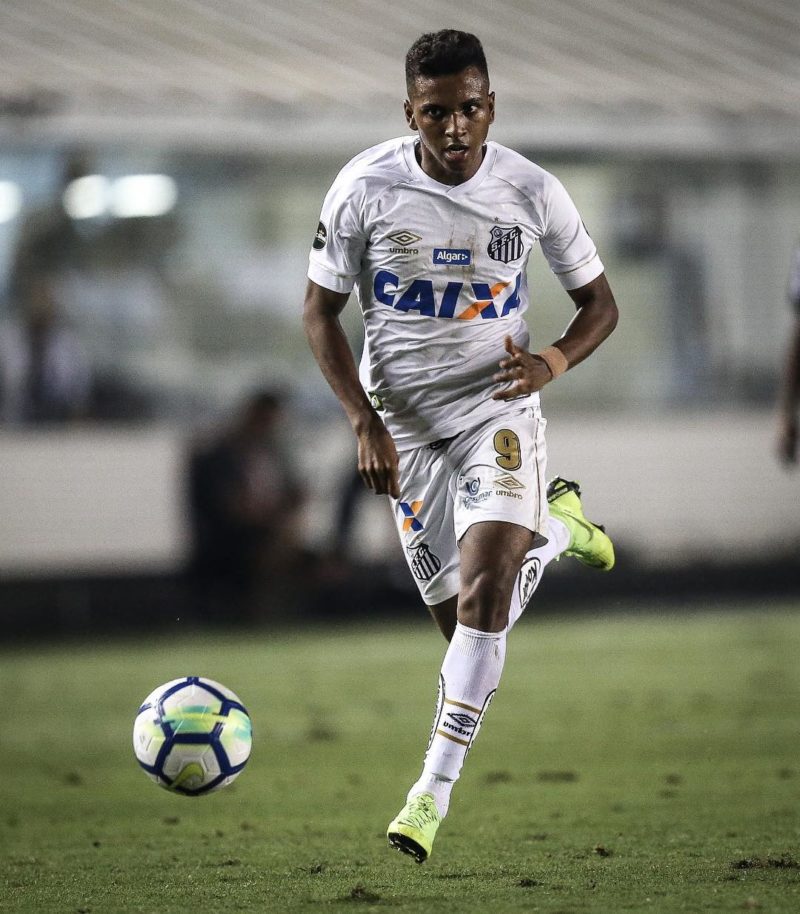 Real Madrid’s once-deadly attack was blunted towards the end of 2018. Losing Cristiano Ronaldo is the most obvious reason for this but with an aging Karim Benzema and injury-prone Gareth Bale, there is definitely space for a new generation of Galacticos to lead Los Blancos through 2019; and it’s set to have a Brazilian feel about it. Vinicius Junior is already beginning to showcase his ability at the Bernebau, but Madridistas should be much more excited by Rodrygo – who looked every inch the next Neymar while playing for Santos as a 17-year old in 2018. He joins Real in June where he’ll link up with Vinicius and seek to emulate the legacy of the club’s former Samba superstar striker. 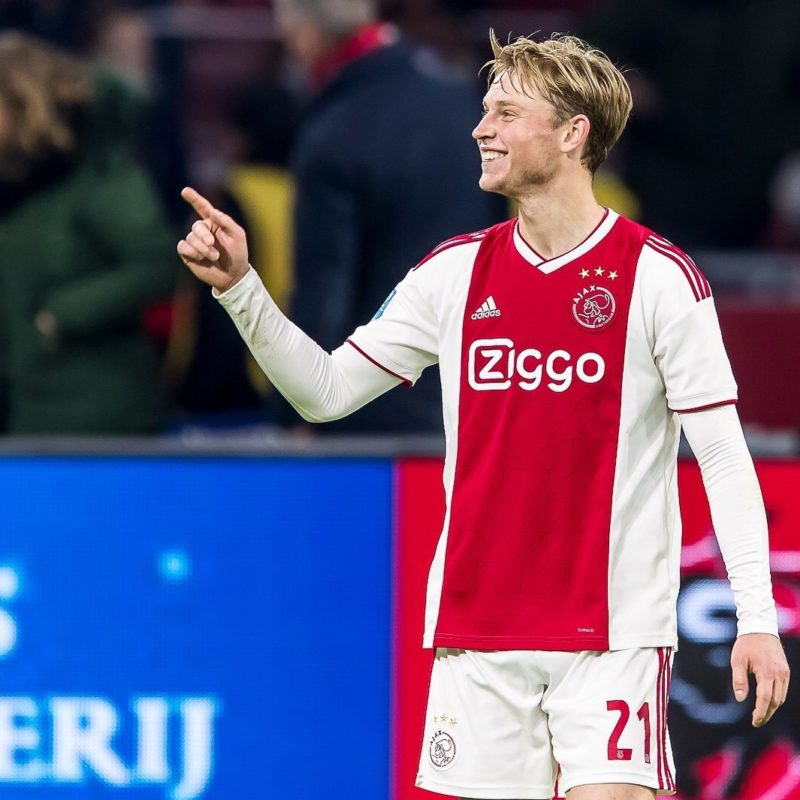 The 21-year-old’s displays for club and country have ensured Europe’s biggest clubs are on his trail, with Barcelona, Paris Saint-Germain, Manchester City, and Bayern Munich the frontrunners as things stand. De Jong’s agent has said that a decision on his client’s future will be made “in the coming weeks” to avoid distractions for the rest of the season, with the midfielder expected to leave Ajax in the summer after they ruled out a January departure. “It’s difficult to say what will happen. I want to finish this season well with Ajax. Then we will see.”

You’d be hard pressed to find a player striking footballs as well as Harry Wilson in world football at the minute. The young Welshman doesn’t do normal goals: whether it’s rifling in Ronaldo-esque free kicks at Old Trafford against Manchester United or back to back bangers in the Championship, Wilson’s left foot has already got Liverpool fans saying “who needs Fekir?” and clamouring for his return to Anfield this year, where he’s dreaming of becoming a regular alongside the club’s world-renowned forward line for years to come. 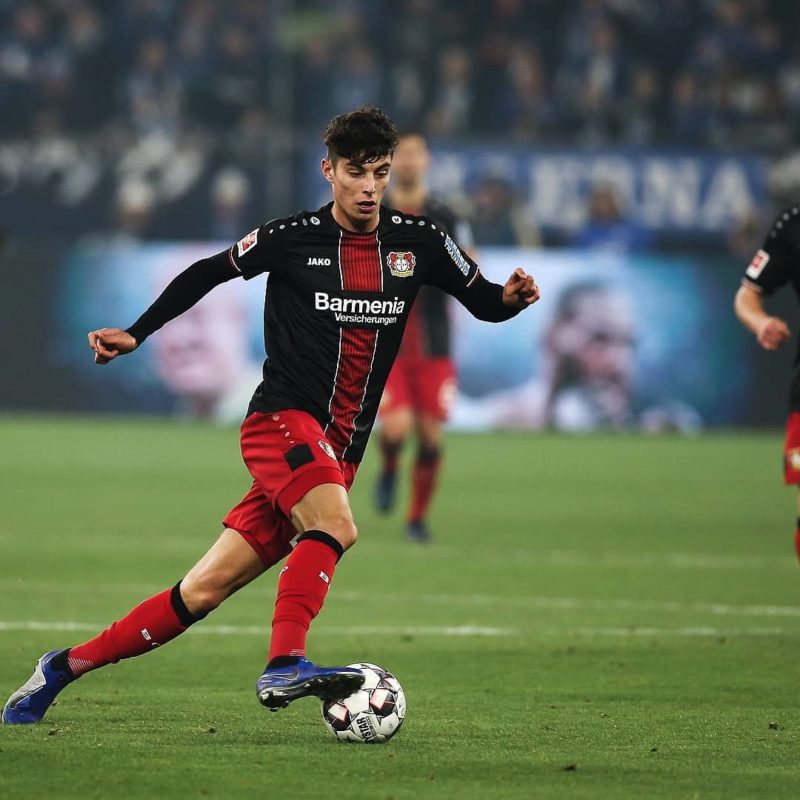 There’s been plenty of Germans dubbed the next Mesut Özil since the Arsenal playmaker established himself as a world-class talent – but no one has looked as better placed to live up – or go beyond – that billing as Kai Havertz. The 19-year-old fuses the ability of several Leverkusen legends of years gone by, possessing Michael Ballack’s power, Toni Kroos’s creativity and the dribbling ability of Bernd Schneider amidst a host of other technical, physical and mental strengths that make him a certified Football Manager wonderkid. Bayern are rumoured to be plotting a £65 million move for the midfielder this year, and even at that figure, Havertz could prove to be one of the bargains of 2019 should he leave his boyhood club. 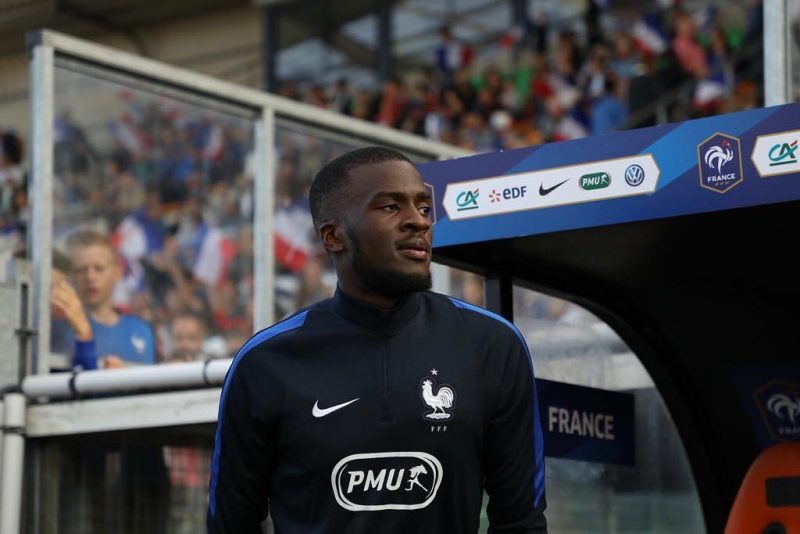 While Ndombele would have finally got British viewers interested after impressing alongside fellow starlet Houssem Aouar against Man City in the Champions League, he’s been dominating games in Ligue 1 for a minute. Combative, technically brilliant and blessed with explosive pace, Ndombele is the complete box-to-box midfielder despite only being 22-years-old. You can expect him to be the next big money departures from the talented crop of players at the Groupama Stadium in 2019, and lining up in France’s already-stacked midfield in due course. 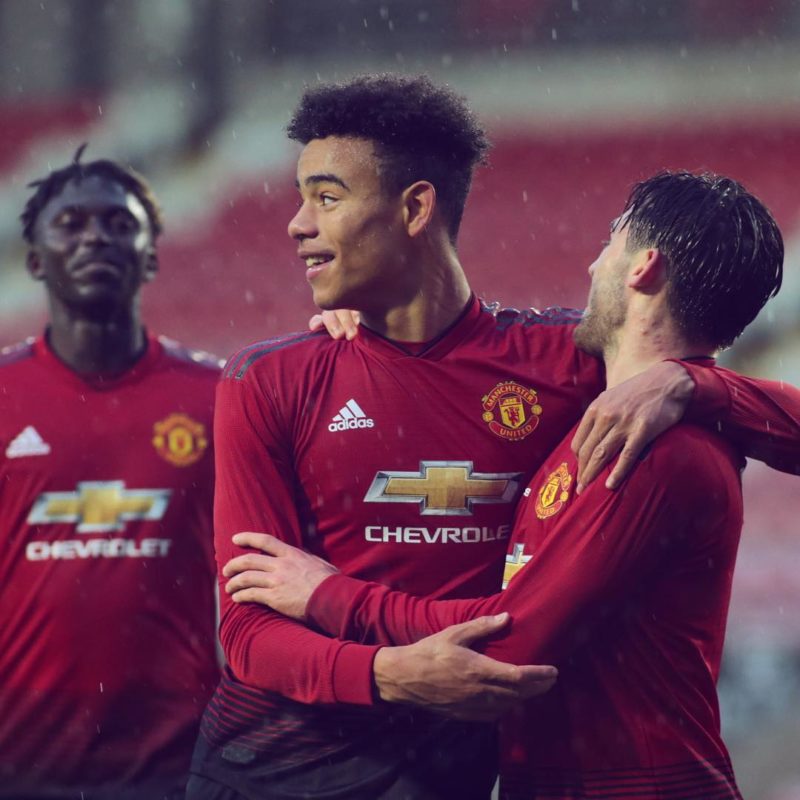 The latest precocious talent out of Manchester United’s esteemed academy, Greenwood scored 17 goals in 17 starts in the 2017/18 season and has 5 in 5 in the UEFA Youth League in this current campaign. Put simply, Greenwood scores lots and lots of goals, where his two-footed, pacy and versatile game have seen the 17-year-old create the same sort of buzz Marcus Rashford received before he became a key figure for both club and country. With Solskjaer known for playing attacking football and giving youth a chance, expect Greenwood to receive a call-up to the first team in 2019. 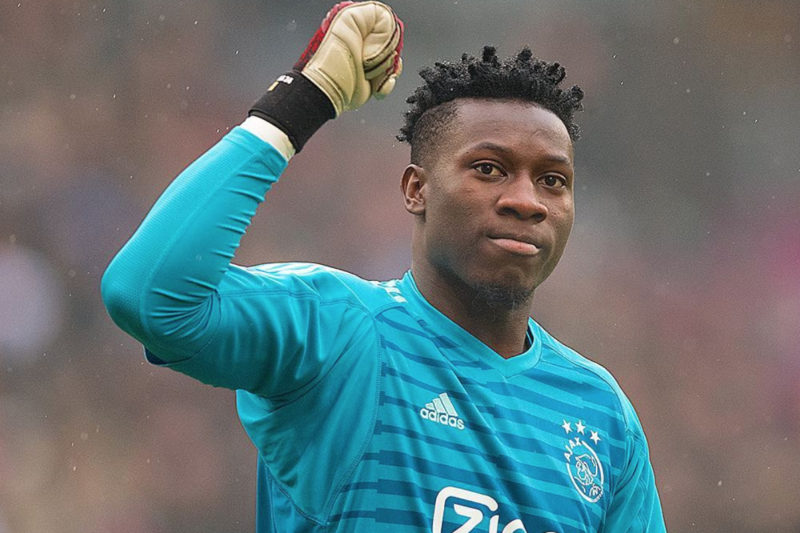 While the Dutch wonderkids at Ajax in the form of de Ligt and de Jong rightly take the headlines, goalkeeper André Onana has quietly been cementing his status as one of the most promising young ‘keepers in the game between the sticks at the Johan Cruijff Arena. Already earning 19 clean sheets and a two-minute-plus-penalty-shootout cameo in the KNVB Beker so far this season, expect him to make some game-changing saves as the tournament’s dark horses take on the current holders in Ajax’s Champions League game against Real Madrid in the Round of 16 next month. 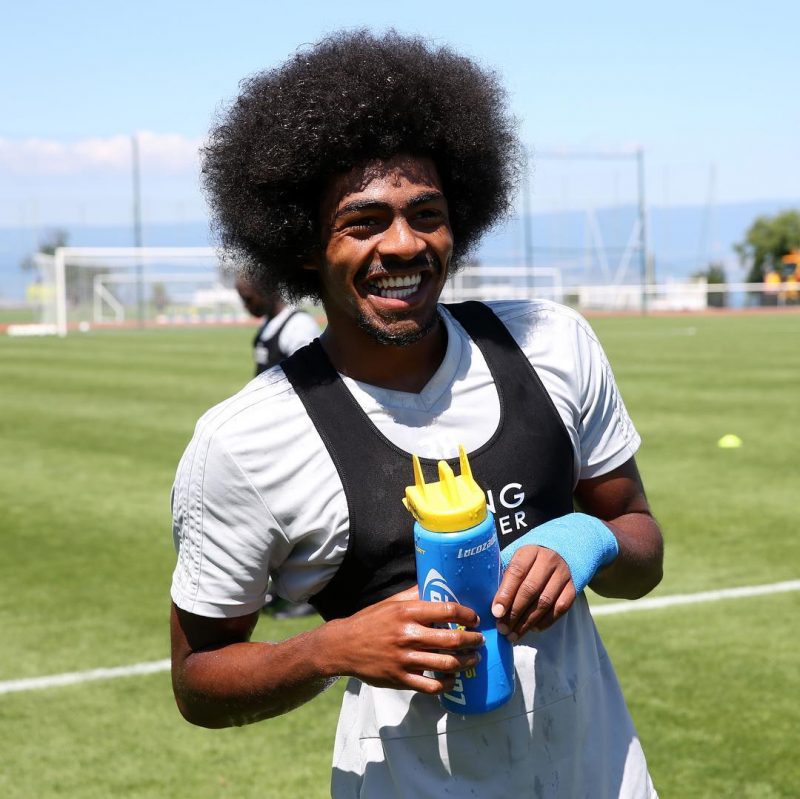 With all the talk surrounding England’s eye-catching forwards who are set to light up world football in years to come, Hamza Chowdhury’s rise to prominence at Leicester has been massively overlooked. Having started three league games for the Foxes this season against Chelsea, Manchester City and Everton – all of which they have won –  the 21-year-old looks like an assured presence in the middle of the park, where he consistently breaks up play with his reading of the game. If he carries on 2019 like he ended 2018, expect to see the Leicester youth product grab Gareth Southgate’s attention in due course. 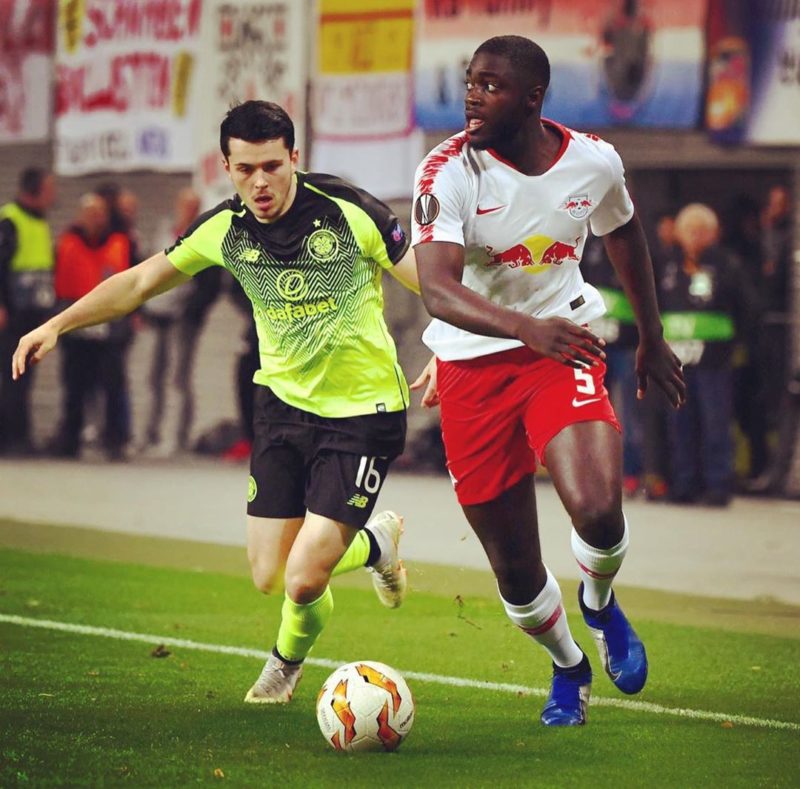 Leipzig’s youngest-ever Bundesliga player and now widely regarded as one of the best centre backs of his age group, Dayot Upamecano is a player who continues to get better with age. With a top speed of 21.3 MPH and an imposing physical presence at the back for Red Bull, the Frenchman has been tipped to join his compatriot Ousmane Dembele at Barcelona – a player he grew up kicking ball with on football courts in Évreux in northern France. Dayton has developed a sound in-game intelligence that far surpasses his teenage years, and will soon become one of the most sought-after defenders in world football if he continues his ascendancy.