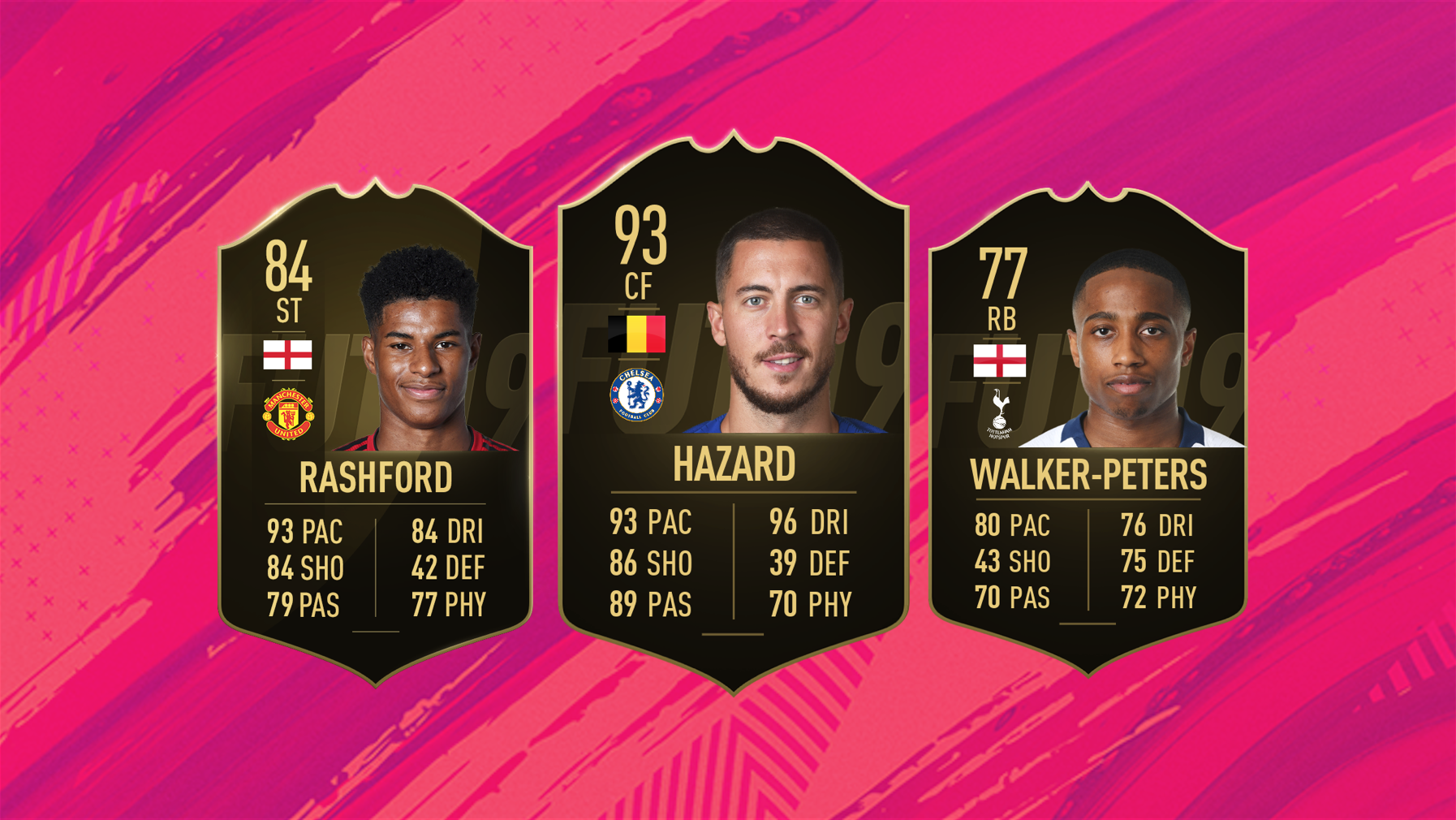 EA Sports have dropped the first FIFA 19 Team of the Week of the new year, and it’s headlined by a game-breaking Eden Hazard card.

Hazard scored both goals as Chelsea recorded a 2-1 win over Watford last week, hitting the 100 goal milestone for the Blues in the process. He’s rewarded with a TOTW card boasting a 93 overall rating, with stats that include a mad 93 pace, 96 dribbling and 86 shooting.

Joining him in the line up is Marcus Rashford, who scored a goal in Man United’s 4-1 win over Bournemouth and assisted Paul Pogba’s opener with some sick footwork.

Fellow Young Lion Kyle Walker-Peters also makes the grade, as does Roberto Firmino following a hat-trick over Arsenal. The full line-up is below. 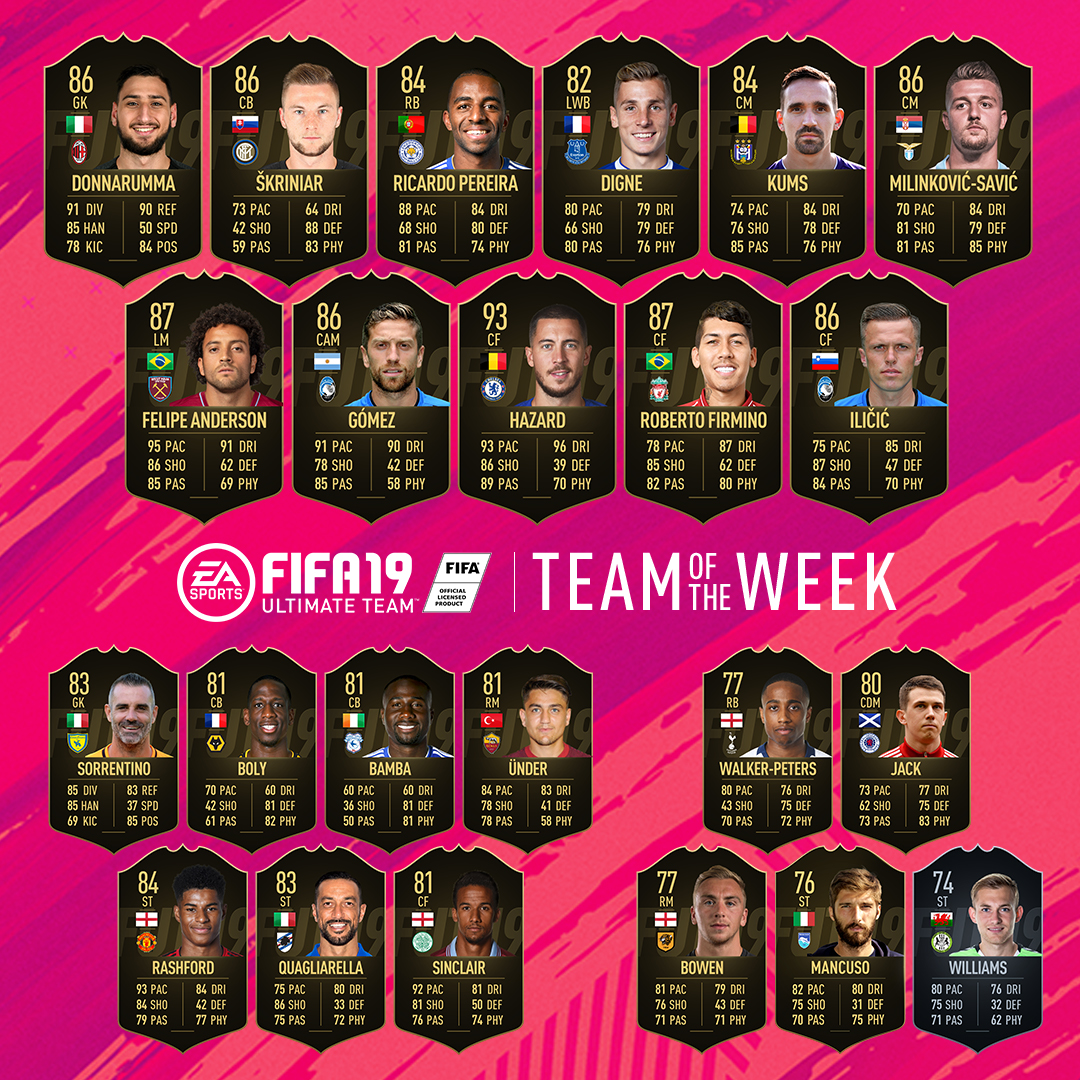