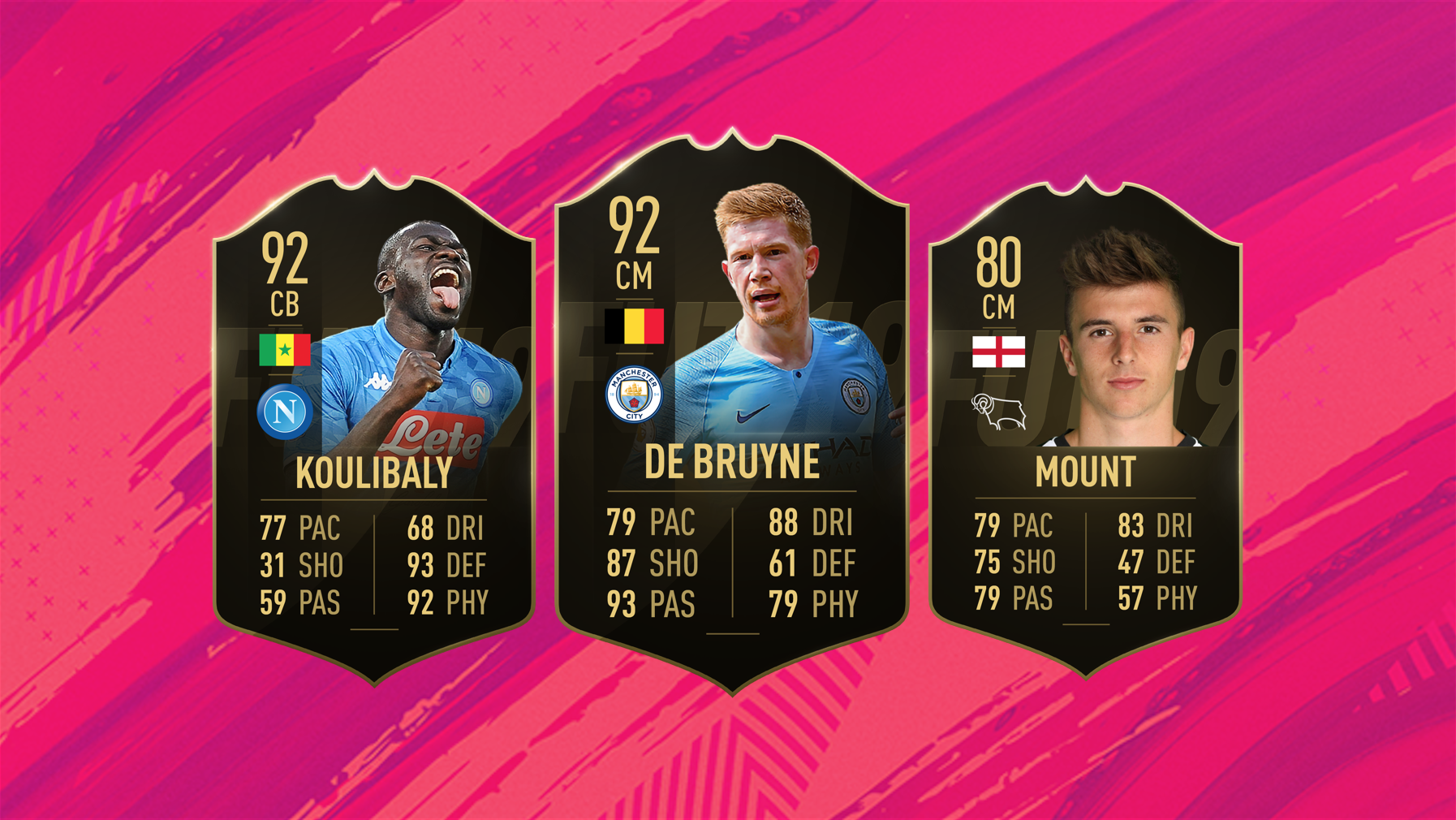 Mason Mount earns the first in-form card of his career in another stacked FIFA 19 Team of the Week from EA Sports.

The 20-year-old midfielder is rated as one of England’s brightest prospects and his first TOTW card drops as a result of a hat-trick the baller scored for Derby against Bolton Wanderers this past weekend. Currently on-loan at the Rams from Chelsea, it was the first hat-trick of his young career.

Joining Mount in a big Team of the Week is Kevin De Bruyne and Kalidou Koulibaly – who both have new 92-rated cards – plus Lucas Moura, fresh from banging in a hat-trick for Tottenham Hotspur. 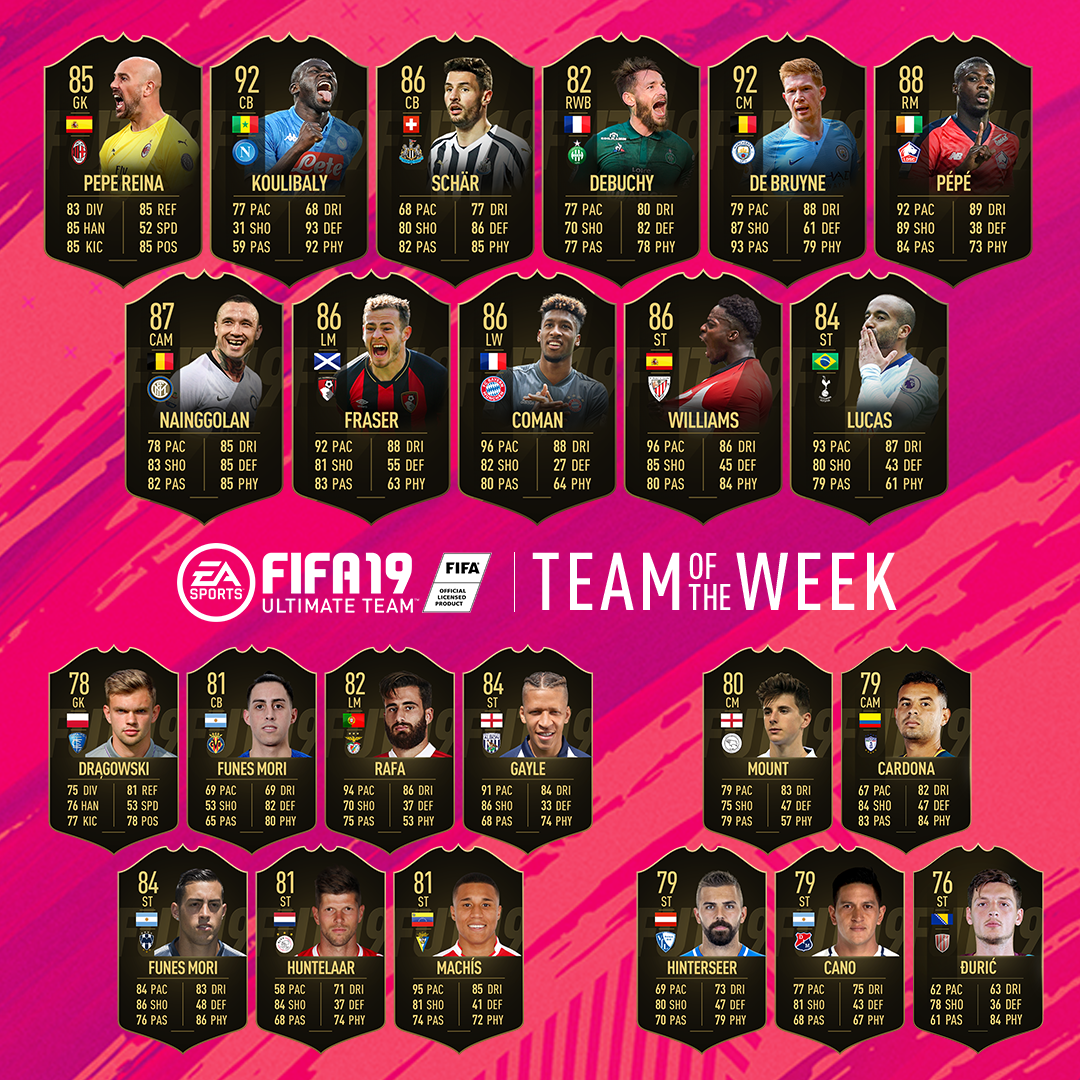 Other upgrades who are sure to cause a stir in the game include an 88-rated Nicolas Pepe, an 86-rated Ryan Fraser, and an 86-rated Kingsley Coman.

The new Team of the Week is available in FIFA 19 from 6pm.