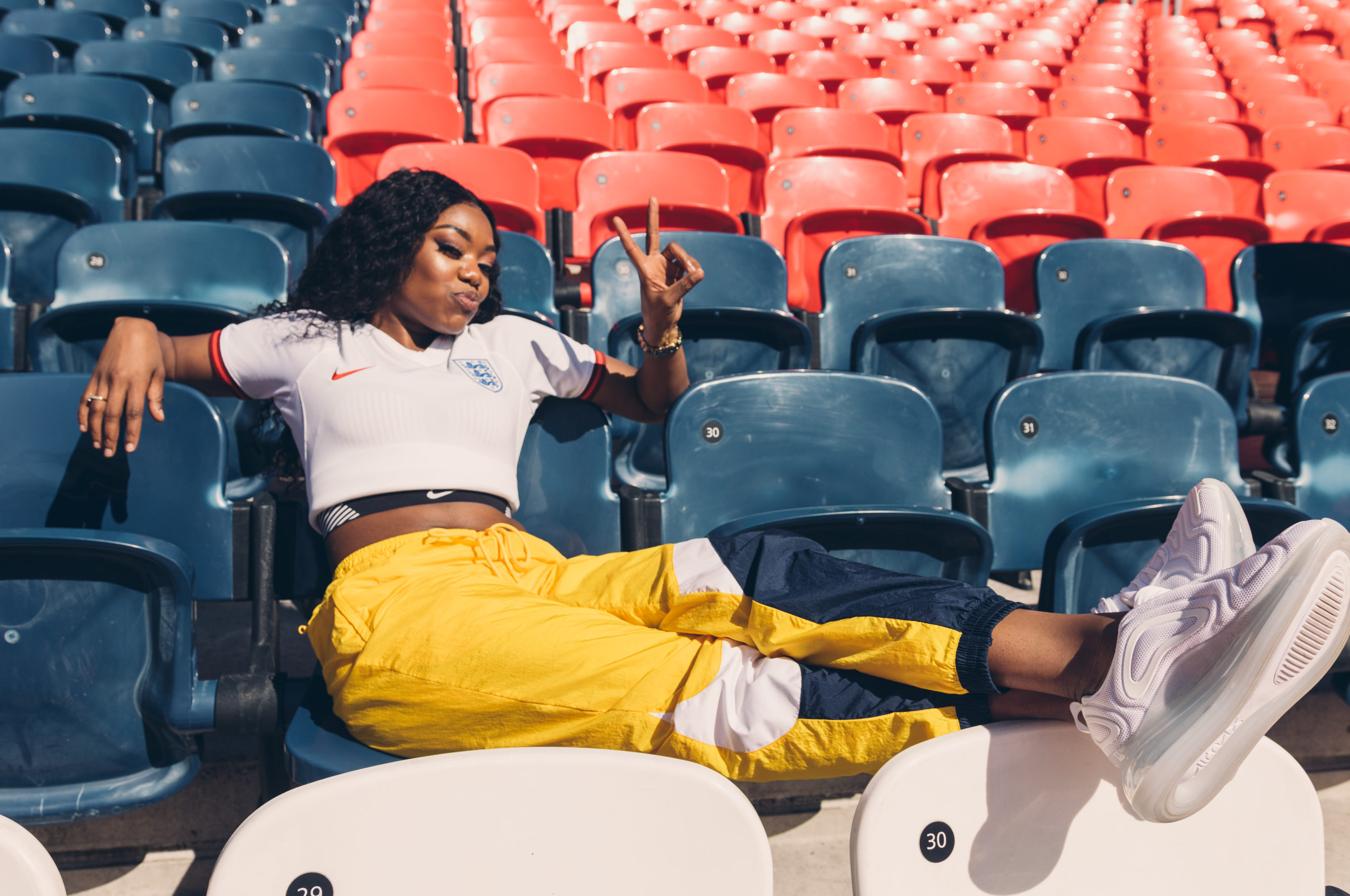 Nike have enlisted the three of the UK’s coldest MCs in Little Simz, Lady Leshurr and Ms Banks to inspire the Lionesses while they seek greatness in their 2019 World Cup campaign out in France.

Each film features a performance from the MC shot at Wembley stadium and is accompanied by grassroots football scenes captured in the athletes hometowns, featuring archival material of them playing as kids while D Malice’s classic grime instrumental “Gabryelle Refix” rings out as the series’ soundtrack. Check out the visuals and accompanying insights on each tribute for each of the performances below.

From the playground to Wembley to the world stage. Bossing it. A tribute to Steph Houghton by @imladyleshurr

“The story of a born leader and warrior. A hero who went on to conquer the world from a humble school yard pitch in South Hetton, going on the road and dominating every challenge. At Steph’s primary school there was a Winner Stays On rule on the playground at break times. Teachers soon noticed that it was impossible to knock whatever team Steph (aged 4) was playing in off the pitch. This “Boss It No Matter What” mentality that she learned so young and has lived by ever since is our insight. Her coach at Sunderland has been quoted as saying he could play her in any position on the field to a professional standard except goal. She was always competitive and always excelled no matter what. As a professional she went from playing striker, to midfield, to full-back to centre-back – mastering every position and formation in the game on her journey from Sunderland to becoming the captain of England. She was the top scorer at the Olympic Games and there is every chance she will lead England to victory in the World Cup this year ending a 53 year wait for glory. The FA have pledged to build a second statue next to Bobby Moore if she does – the only other person to captain England to victory at the World Cup.”

With the ball at her feet, she’s invincible. A 5 foot 2 giant. A tribute to Fran Kirby by @littlesimz

“A story of unbreakable spirit who comes back from every knock a stronger person. Fran has battled adversity more than once and has risen again. At 5’2’’ she grew up as an underdog and would often train alone once the boys had gone home, honing her skills long into the evening. She spent nearly 2 years out of the game with a leg that broke 3 times in quick succession but still she made an amazing comeback to play for club and country. She is also an outspoken mental health advocate after she fought back from depression due to the loss of her mother – her mentor and biggest supporter of her career in football. Despite all the bumps in the road, Fran is now England’s star striker and was voted Players’ Player by her peers. No matter how hard her rivals try to chop her on match day they can’t help but admire her amazing skills and infectious joy for the game.”

She’s the kind of tough that makes diamonds seem weak. A tribute to Lucy Bronze by @msbanks

“Lucy’s middle name is “Tough”, her teammates call her “Lucy Tough”. It’s incredibly tough to achieve all the things she’s racked up during her career. She was so good that she played in a boys’ team but at 11 years old girls were no longer allowed to play. So she’d drive with her dad to train with Sunderland every day. A 90 mile round trip to play with a professional team for an 11 year old girl from a small town. She’s played for both Liverpool and Everton – arch rivals. And then went on to play for the English Champions Man City – ruling the domestic game before going on the road to play in France. At Lyon she won the French league and then went on to win the Champions League in the same season. She’s also been nominated for the Ballon D’Or (best footballer in the world award) and has also been voted player of the year by her peers twice. Her general style is a a steel-tough, no compromise and hard tackling defender who also scores goals. She’s widely regarded as the best right-back in the world.”

In other football news, Paul Pogba has opened up on his Muslim faith, racism in the game and being a leader in an insightful new interview.