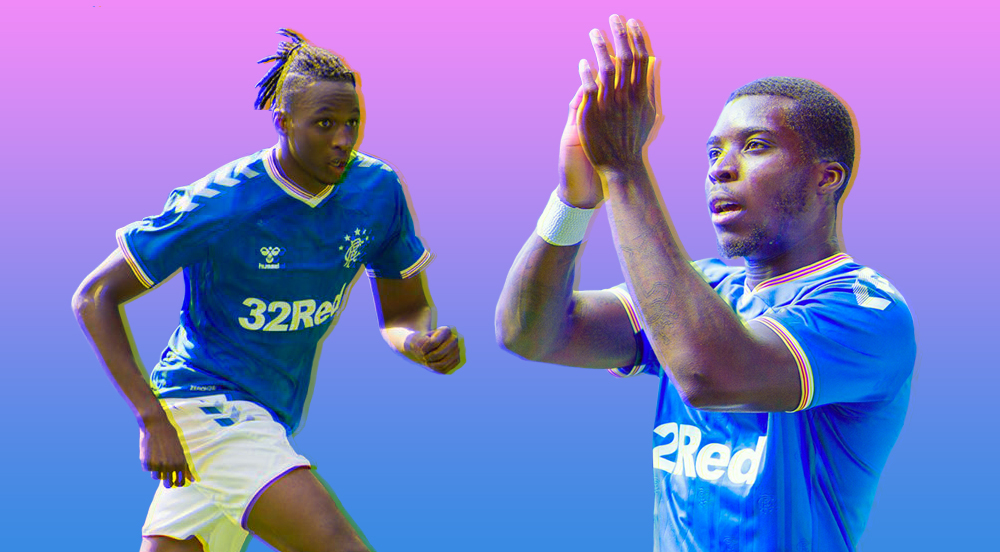 Rangers and Celtic share one of the fiercest and most recognisable rivalries in world football. But without a league championship to the club’s name in eight years, Steven Gerrard’s main job is to dream up a strategy that can see his team overthrow Celtic from their position of power. The proposed solution? Young talent from south of the border.

It’s an exciting strategy and one that’s already reaping results. The ex-Liverpool legend has called in a favour from his former club by acquiring the talents of youngster Sheyi Ojo who joins on loan. And most excitingly, the club have just signed Joe Aribo from Charlton on a permanent deal, widely regarded as one of the most exciting talents in the English game right now. Both are 22-years-old, have represented England at youth level, and are motivated to take the next steps in their respective careers.

Joe Aribo is a man of sauce 💧 pic.twitter.com/eegbSyMJMV

Ojo – who was on loan at French outfit Stade Remis last season – will hope to establish himself for real this year after being talked up for years. The tekky forward made 18 appearances in France but only returned with one goal and one assist. He’s already beaten last season’s total for Rangers, with two early goals in the club’s Europa League campaign.

Aribo has made a similarly positive start. After helping lift Charlton to play-off glory, he heads to Scotland wanting to make a mark with a major European club. The Londoner was subject to a lot of interest before his move to Glasgow including a host Championship and Premier League sides. Like Ojo, he’s dominated his new team’s early Europa League games and has become an Ibrox favourite overnight.

The two players will hope to follow in the footsteps of another young English talent – Liverpool’s Ryan Kent – who was at the club last season and ended up making such an impression that he ended the campaign with Scottish Young Player of the Year award.

Scottish football has proven itself as a bright platform for young ballers to get regular minutes and develop their talent in recent years. From Tim Weah to Kieran Tierney, Scotland is giving minutes to some of Europe’s most exciting talents on the come up. French U23 striker Moussa Dembele is a prime example.

Following a two-season stint with Celtic which included a 51 goal return in less than 100 games, numerous trophies, Champions League Football and multiple cheffing of opponents, the French talisman was afforded the opportunity to move to French outfit Lyon for a fee of nearly £20m.

Dembele has seen his stock rise both domestically and for his national side. Both Aribo and Ojo will be hoping for the same fate and every England fan should keep their eye peeled on the potential future talents of this country.