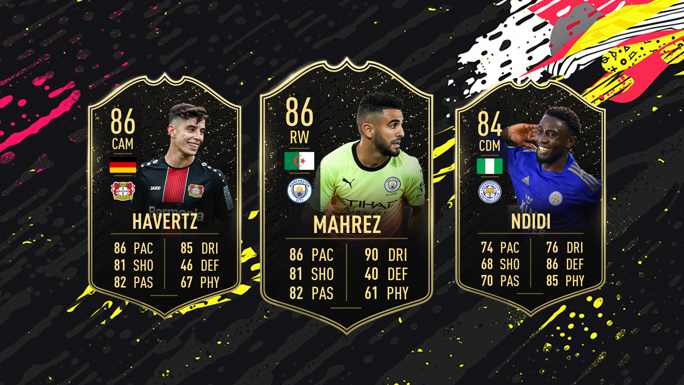 Riyad Mahrez, Kai Havertz and Wilfred Ndidi have been blessed in FIFA 20’s latest Team of the Week.

The 28-year-old Algerian winger was Manchester City’s stand out player in the team’s 3-1 win over Everton, scoring a special free kick and laying on an assist for the game’s first goal. His new card sees an upgrade to 86 overall, with 90 dribbling and 86 pace.

Wilfred Ndidi gets an upgrade following his performance in Leicester’s big 5-0 win over Newcastle, while Bundesliga baller Kai Havertz gets a new 86-rated card with game-breaking stats that include 86 pace, 85 dribbling and 81 shooting. 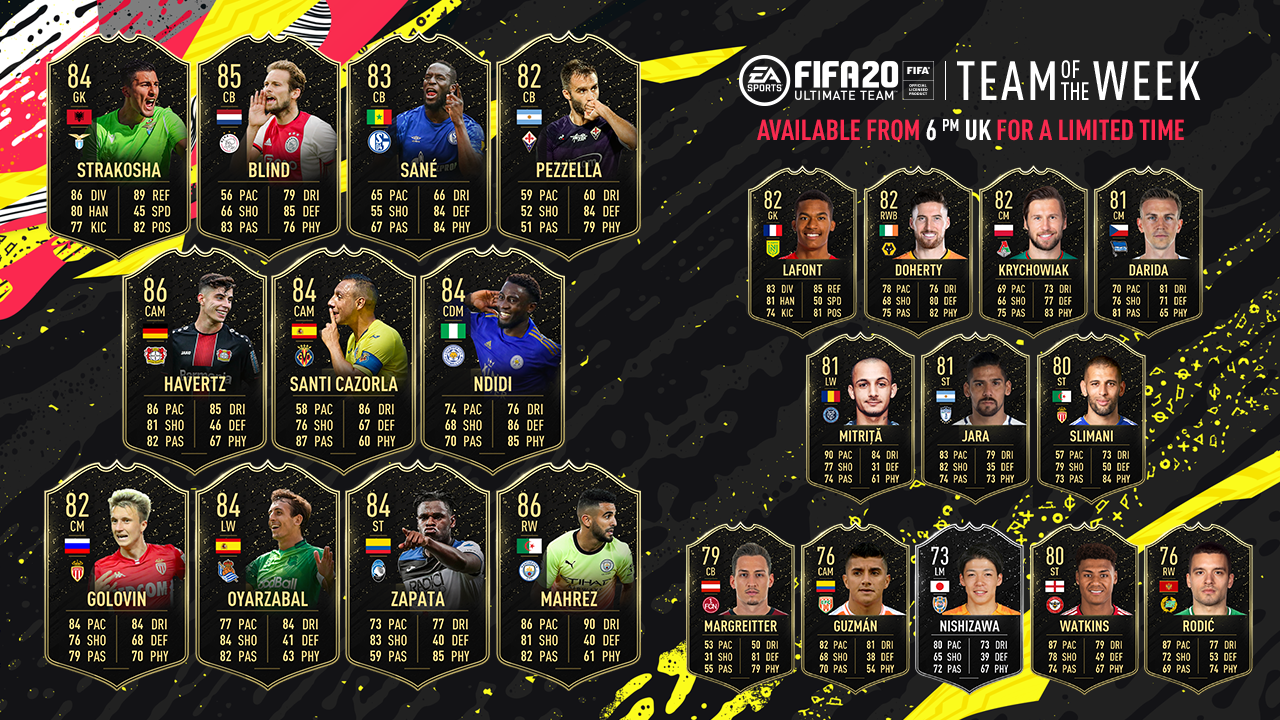