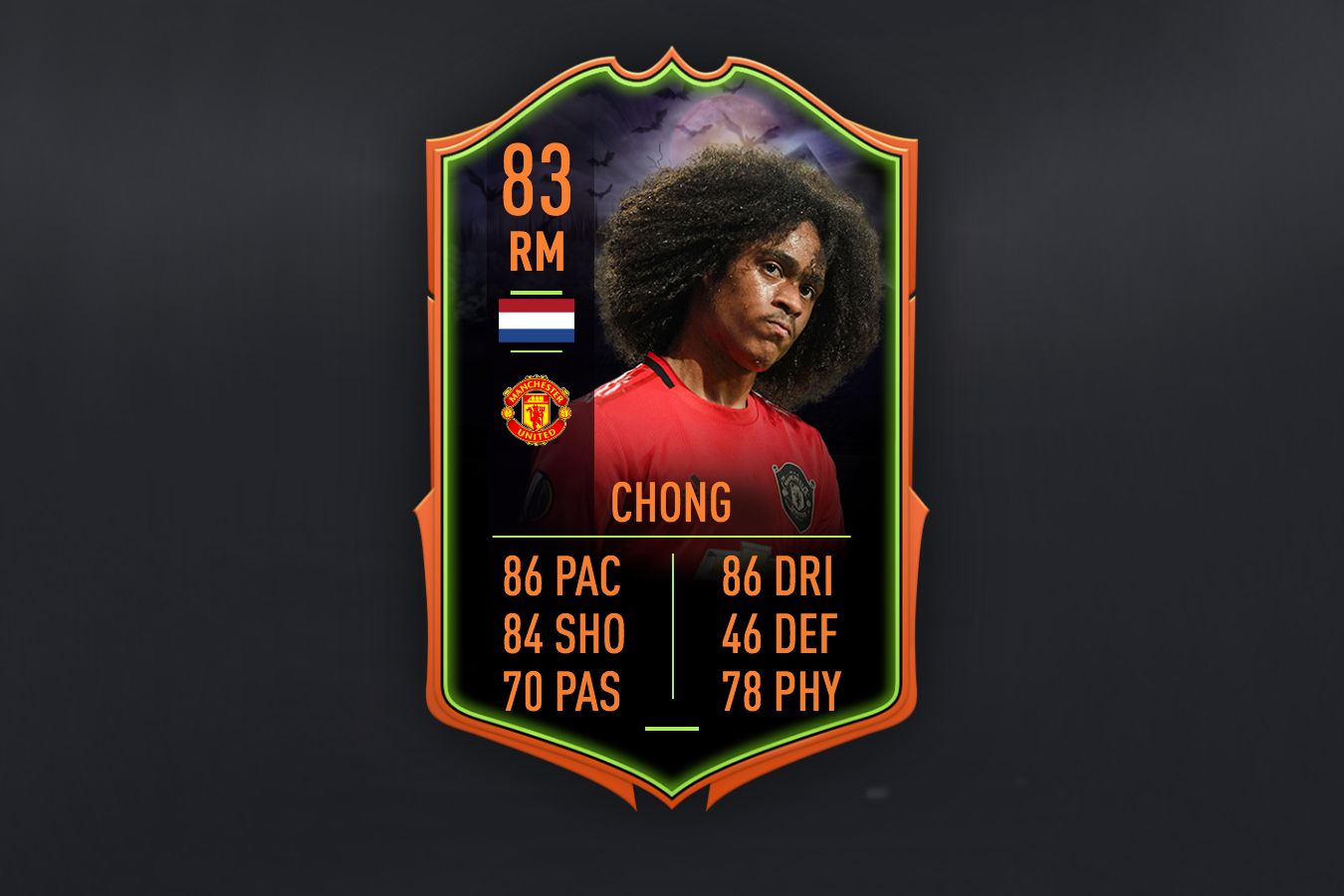 One of Manchester United’s brightest young talents has been blessed with a Halloween-themed upgrade on FIFA Ultimate Team.

Skilful 19-year-old Dutch forward Tahith Chong has made only eight appearances for Manchester United’s first team but has been tearing it up at academy level for the last few seasons – winning back-to-back Young Player of the Year awards at the club – and is regarded as one of European football’s most exciting prospects.

Despite only making a handful of appearances so far this season, Chong is already one of the most recognisable faces in the game thanks to his signature afro – and it’s his distinctive look that’s responsible for his special ‘Ultimate Scream’ card.

The 19-year-old just hit a bullet of a free-kick for Man United’s Under 23s. Baller. pic.twitter.com/6TCR214z4n

Chong’s upgrade is a glimpse to the future, with stats that United fans will hope provide a hint of what Chong can do in the years to come. The tekky talent is blessed with 86 pace, 86 dribbling and 84 shooting – marking him out as a real problem for defences.