We're at the start of a culture war between the old and new voices in football media. While the stale old heads on Sky Sports keep up a quasi-racist energy with their opinions around the likes of Paul Pogba and Moise Kean, a new wave of diverse and progressive voices are coming to the foreground on those same platforms – and it's got a lot of the old guard rattled.

‘Gilette Soccer Saturday’ is a show synonymous with weekend football, hosted by Jeff Stelling since 1994. While regarded as fresh and innovative when it first launched, the show is now desperately outdated, with out-of-touch opinions held on a weekly basis from 12pm on Saturdays. In reaction to the growing number of fans laughing every time Paul Merson mispronounces a player’s name – Kylian “uhmpepe” the most recent recipient of this – Sky launched ‘Saturday Social’ to offer ‘a fresh take on the beautiful game’ every Saturday morning, before ‘Soccer Saturday’ kicks off.

The programme has seen a host of YouTube’s most-viewed figures like Chunkz, Yung Filly and Harry Pinero introduced to the platform to chop it up about more contemporary issues in the Premier League – from a fan’s perspective – with clips from social media frequently used in the segments. Football, more than ever, is a game of opinions, and when it comes to delivering hot takes, these guys have got a winning formula that engages a younger and more diverse audience generating millions of views on their content.

Another recent and regular guest on the show is West London grime artist and big Liverpool fan Big Zuu, who brought his natural charisma to an otherwise dead out Transfers Daily segment on Sky Sports two weeks ago. Zuu provided an entertaining and tongue-in-cheek – but well-informed – opinion in his segment, which not only triggered Twitter gammons, but more notably, a couple of Sky Sports employees.

Alongside Sky News’ Sports Editor feeling the need to chime in on his side before deleting his Tweets (as seen above), why did Stelling feel the need to respond and defend this guy so much while implicitly agreeing that Big Zuu was “clueless”? Stelling’s response is the most recent, and perhaps one of the clearest, indications of friction between the old generation of gammon and new wave of football fans.

While Stelling openly realises he doesn’t relate to the new breed of fans, taking the side of a random white bloke on Twitter was clearly marginalising Zuu – and it’s a problem that continues to persist when old pundits are talking about both the present state and future of the game.

Do you know what it feels like to be marginalised consistenly because of a skin colour you didn’t choose to have? I love it when people downplay how bad this country is when it comes to racism because it just shows how scared people are to admit their hearts are filled with hate

How in touch with the new world are the likes of Paul Merson, Charlie Nicholas and Graeme Souness? The short answer, as admitted by Stelling, is clear: not very, especially when you’re self-identifying as “old-hat”. What must be evident, even to the Soccer Saturday lads, is the fact that the game is changing, and a huge generational gap between them and their new viewership exists. Anyone dismissing the figures or cultural impact football is having on youth culture in 2020 is firmly in denial, and anyone arguing the whole “stick to music” narrative is also painfully out of touch.

Following Stelling’s comments on Twitter, Stormzy, in the most Stormzy manner possible, rightly spoke up in his support of Big Zuu. The Croydon MC is now undeniably one of the UK’s most influential voices. Last year, he dropped a number one album, performed a politically-charged headline spot at Glastonbury, caused a 236 per cent voter registration spike after his Instagram post last year, and provided a platform for new black authors with his #Merky Books imprint.

Stormzy is just one of a huge wave of UK rappers who are also massive football fans and having a huge voice on the game in 2020. Rap and football are now two of the country’s most important and valuable assets, with both worlds increasingly going hand in hand – and to dismiss their influence on one another is not only dated, but completely wrong. Most young people (and players) don’t care about what the likes of Jeff Stelling, Graeme Souness or Alan Brazil have to say on the game these days. But when the likes of Dave, AJ Tracey and Big Zuu speak, they listen.

The game is influencing, and is influenced by, all other cultural fields. You only have to see Jadon Sancho and Aaron Wan-Bissaka chilling with Big Mike at last summer’s #Merky Festival, or how Jordan Henderson and Alex Oxlade-Chamberlain reacted to Zuu’s interview prior to the Champions League final, to see that the two creative lanes are much more aligned and symbiotic with each other than any of washed establishment recognises. A young, diverse group of musicians, footballers, designers, actors and other creatives are the real change makers in society now – and it’s hard for the old heads to take.

Sky Sports have recognised that getting more culturally relevant fans equals easy wins in terms of driving traffic to their social platforms, as an increasing amount of their audience cares more about what they have to say about football than washed ex-pros. Overwhelmingly, guests on programmes such as ‘Saturday Social’ provide a more nuanced outlook on the current state of the game which resonates with a new set of fans – and this changing shift of influence is beginning to rattle the old media establishment.

This inherent worry from the old guard isn’t just occurring at Sky. Recently, TalkSport’s Jim White and Simon Jordan attempted to slaughter Robbie Lyle from AFTV about his platform – regularly the highest trending channel on YouTube – which provided a good insight into this inherent concern from the establishment. While AFTV has by no means been free from toxic opinions over the years, you could almost taste the salt while watching White and Jordan implying their “understanding of the game” is far better than Lyle’s in an interview slot with the AFTV owner.

The interview shows White sycophantically and repeatedly siding with Jordan while laying into Lyle’s platform, which remains one of the best performing fan channels in the world in terms of raw viewing figures. Lyle emerges out of the debate with his dignity intact, while White and Jordan looked more “toxic” than any guest on AFTV in the last few seasons, spouting bitterness and jealously at a thriving platform that has surpassed TalkSport in terms of their viewership and subscriber count.

What’s clear is that both the new forms of football media and fans are only getting stronger and stronger in terms of engagement, agenda-setting and overall quality. While the need for ex-players perspectives on the game will continue to remain vital – with the likes of Gary Neville and Jamie Carragher regularly providing a level of depth you don’t get from anyone else – fan-driven punditry and perspective from more relatable figureheads will progressively become more and more normalised over the next few years.

The establishment’s reaction to Big Zuu’s recent appearance on Sky Sports represents an emerging world that they’re becoming more and more alienated from. So while the veterans will continue assessing the drama on the pitch for the time-being, expect to see the tension increase as a new generation of talent comes to the foreground. 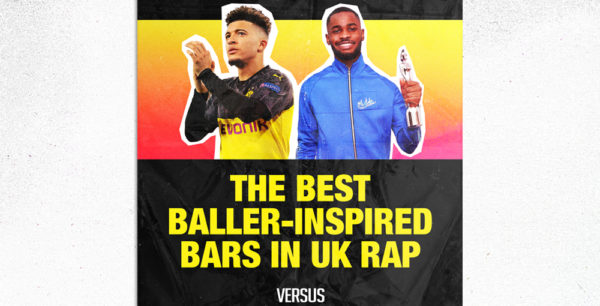 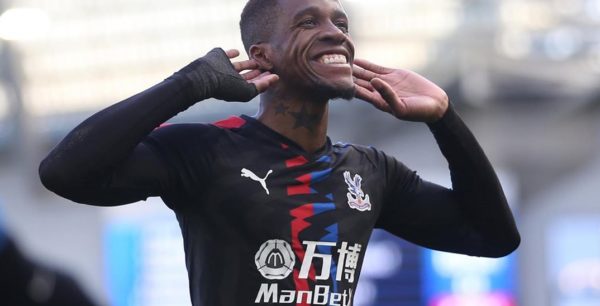