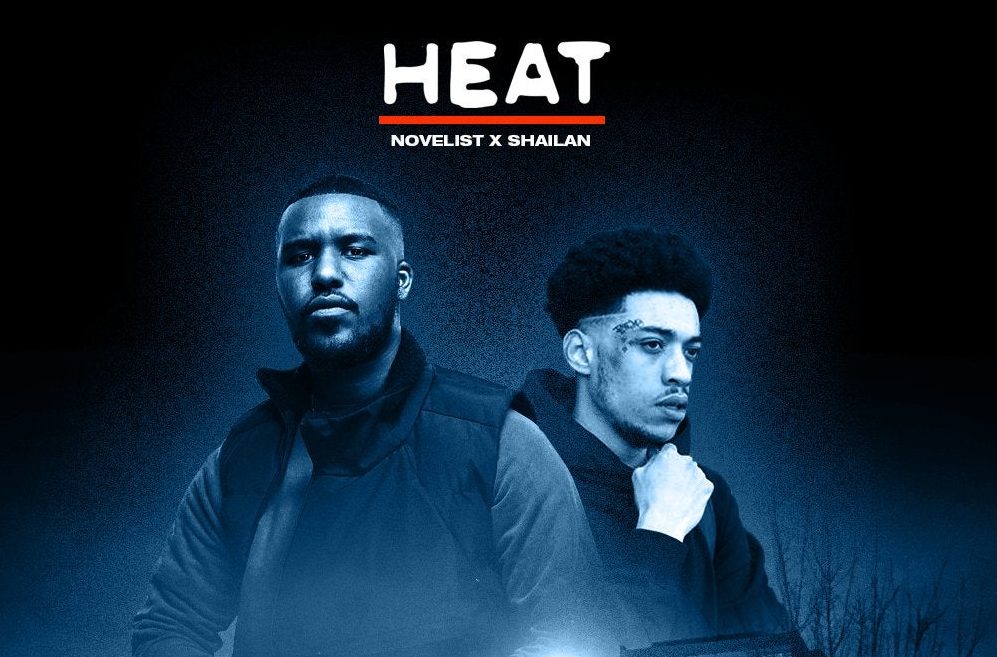 Novelist has consistently been dropping heat throughout 2020, and this project is up there with the best of his his releases in his back catalogue. The six-track project was made in Meridian, North London, with Skepta tweeting “Novelist pulled up to Meridian with the studio in the car, Shailan jumped in the whip and the rest is history #HEAT”

Novelist pulled up to Meridian with the studio in the car, Shailan jumped in the whip and the rest is history #HEAT ?

The link up finds both artists flowing together effortlessly over slick production Nov himself, alongside Prem, Sus Trapperazzi, and Trooh hippi.

Taking to his Instagram to detail the project, Novelist said: “Most of this project was produced, recorded and mixed in my BMW. I pulled up on the late night, parked up, and we recorded in N17, Meridian, Shailan’s ends.

The theme and sonic aesthetic of this collaboration is inspired by ‘Heat’ the 1995 American crime film written, produced, and directed by Michael Mann, starring Al Pacino, Robert De Niro, and Val Kilmer. One of my personal favourite films.

You will hear 80s synthwave, 90s Memphis, UK rap and Grime influences across the project.”

Tune into ‘HEAT’ below.