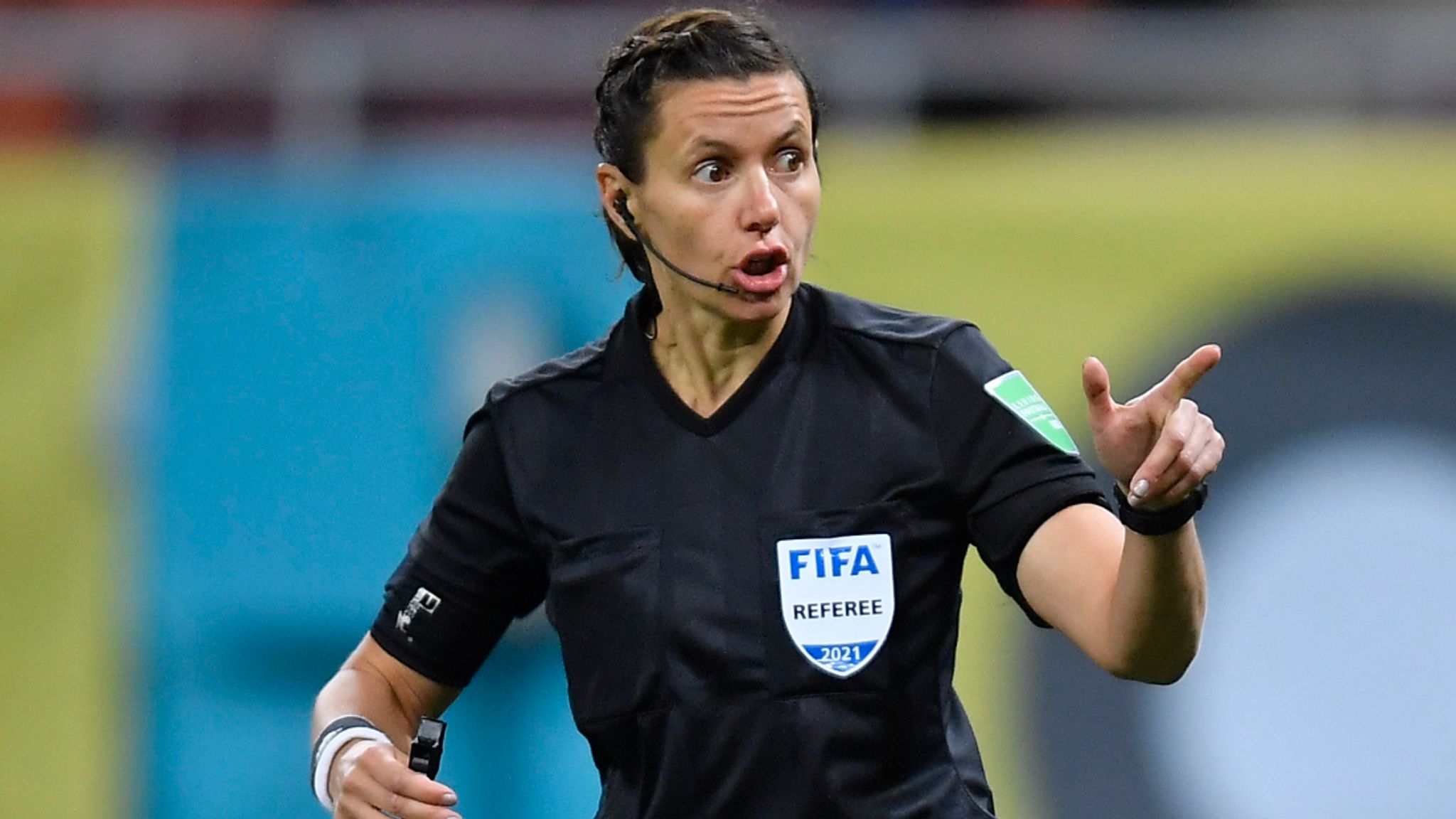 An all-female officiating team has been named for Saturday’s World Cup Qualifier between Andorra and England.

The team will be led by Kateryna Monzul and will consist of fellow Ukrainian compatriots Maryna Striletska and Svitlana Grushko, plus French VAR official Stephanie Frappart.

The historic moment marks the first time a senior England men’s game has been refereed by a woman.

Both Monzul and Frappart have officiated men’s matches previously, with the former being a part of the first all-female refereeing team to officiate when San Marino faced Gibraltar in the Nations League back in November last year.

The two were also the first female referees to take charge of men’s World Cup qualifiers in March earlier this year: Holland vs Latvia and Austria vs Faroe Islands.

Frappart is one of the sport’s trailblazers when it comes to female officiating, having officiated a men’s Champions League fixture – the first woman to do so – between Juventus and Dynamo Kiev last year, and has since gone onto break down further barriers for women in officiating.

The announcement comes in the same year Rebecca Welch became the first female referee to officiate an EFL game. Harrogate’s 2-0 defeat to Port Vale in April.

Gareth Southgate’s team currently top Group I with 16 points from a possible 18, as they bid to reach next year’s World Cup in Qatar.