In a significant week in a new era at Everton football club and the career of Dele Alli, we were handed another stark reminder that football still has a long way to go before being ready to accept that there is more to players than the ninety minutes with a ball at their feet.

For what was meant to be a new start for the Milton Keynes-born baller, his unveiling at Goodison Park alongside Donny van de Beek sparked criticism from former Tottenham midfielder-turned-pundit, Glenn Hoddle. Hoddle, who was notoriously famous for rocking a mullet in addition to his mid-season appearance on Top of the Pops alongside Spurs teammate Chris Waddle, suggested Dele's interest in fashion was a distraction, adding his outfit looked as though "he'd just got dragged off the street."

Long-retired ex-footballers aren’t famed for being the cutting edge of style, and it’s unlikely Dele Alli will have batted an eyelid at the 64-year-old’s comments. But despite this, Hoddle’s criticism of Dele’s fit – which was made up of a Prada jacket, Chrome Hearts jeans and Lanvin sneakers – begs an oft-repeated question: when will professional athletes be viewed as humans with interests like any other, rather than robots fine-tuned only for our entertainment every Saturday?

Ironically, footballers are criticised for hiding behind their media training and social media teams – yet when someone like Dele offers a glimpse of his personality through his style, he’s criticised. As Frank Lampard rightly said this week, football has moved on but athletes have long held interests in things outside of the game…such as Hoddle’s attempt at a career in music.

The difference today is the modern player lives in a world where social media not only exists, but dominates society. The demand to see authenticity from footballers has never been higher due to the new generation of football fans, who enjoy the likes of Karim Benzema’s lifestyle videos and Jadon Sancho’s latest drip almost as much as what they do on the pitch. For far too long, we were restricted to seeing what athletes had to offer solely through their occupation with no real insight into who they were when they weren’t donning their club’s kit. Now, ballers have become modern day fashion icons with fans wanting to dress like their favourite stars. This is a trend high-end brands have started seeing for themselves. 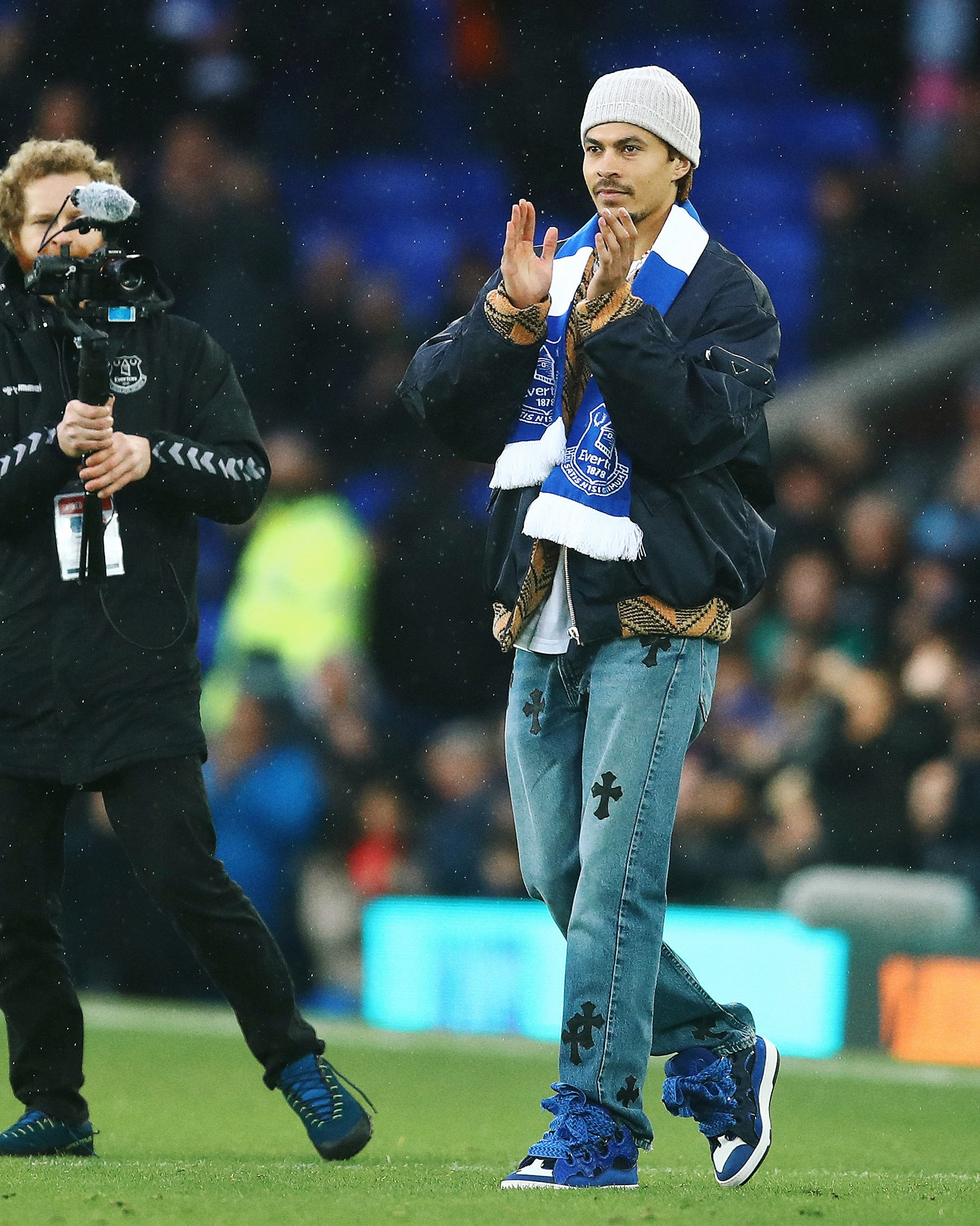 Hector Bellerin has walked the runway for Louis Vuitton at Paris Fashion Week. Kylian Mbappé has recently signed as a global ambassador for luxury brand Dior. In 2021, Marcus Rashford partnered with Burberry on an initiative aimed at supporting young people and Raheem Sterling’s collaboration with Clarks is yet another example of the recent surge in football and fashion crossovers. Barcelona’s Memphis Depay is another venturing into the fashion lane, launching his own self-titled clothing brand that displays a logo of his iconic fingers in ears celebration.

Ex-players and pundits alike are kidding themselves by thinking they would be any different to the modern day athlete had they had their time in the sport during this generation. Football is a short career, even if you manage to stay healthy throughout. Injuries and other issues can lead to retiring even earlier, with some players not knowing which avenue to take next. The ability to create a profile off the pitch – as good as the one on it – has become extremely important to footballers wanting to create legacies that are more than the highlight reels left on YouTube when their playing days are over.

As much as the game used to see players pour blood, sweat and tears into each performance, both football and society has changed and we tend to forget that for some ballers, the sport is their job, and not their number one passion. Players who have come through academies have played and trained every day of their lives since childhood – are we surprised that they may then take an interest into other things in life?

Dele in particular played his first professional game aged 16 in Milton Keynes’ FA Cup clash with Cambridge City. Now, at 25, the Everton new-boy is closing in on a decade in adult football, something rare for a player who is far from touching 30. Despite all of this, his desire to wear Chrome Hearts jeans is apparently to blame for his dip in form if you listen to media opinion, as opposed to all the other factors that could affect an athlete’s performance.

In football, if feels like a monthly occurrence that we’re having to defend athletes for wanting to express themselves away from the pitch. The game and its characters of old remain outdated and refuses to progress with society. But this generation of players and football fans bring hope that change is slowly but surely arriving and that one day, we will let ballers wear what they want without judgment.