Known as “twinkle toes” at Westway thanks to his ability as a talented and tekky central midfielder due to his Moroccan roots, the rapidly rising rapper now has the world at his feet in the music game. Everyone knows ballers want to be rappers and vice versa, but not many have R1-O'd the switch up quite as cleanly as Benzz.

While he compares his playing style to Liverpool's technician-in-chief, Thiago, the thumbs up have been coming in by the bucketload from followers all over the world after setting socials ablaze with his unrelenting UK rap banger, "Je M'appelle". Cleverly flipping a sample from Alex Gaudino's club anthem, "Destination Calabria", the track is a straight up banger – with Benzz reeling off one of craziest flows of 2022 that has seen it explode from much-shared snippet to millions of views.

Set to dominate the airwaves this summer, "Je M'appelle" became the #2 Trending video on YouTube just days after dropping before being used by the Real Madrid, FIFA and Champions League TikTok accounts – further solidifying its status as a certified anthem.

But things could've been different for Benzz. After having trials at Brentford and being on the books at QPR growing up, Benzz was all set to take off on the field before he switched lanes and put his mind to music. It's clear he's just as blessed with the ball at his feet as he is in the booth, with "Je M'appelle" just the start of things to come from the 18-year-old.

Heading back to Trellick Tower where he shot the visuals for his viral anthem, we caught up with Benzz to talk us through growing up kicking ball for Westway FC, how he's been balancing life between ball, music and school and what else he's got in his locker while he loads up for a huge summer. 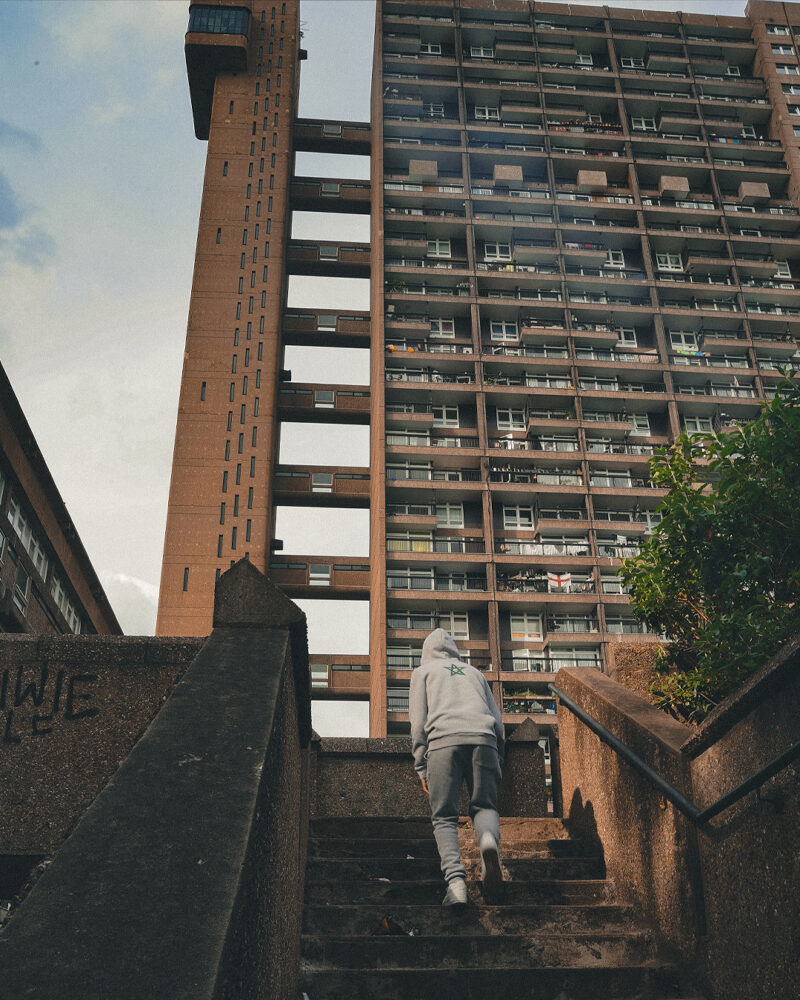 VERSUS: What was it like growing up around Ladbroke Grove?

Benzz: It was always school and football growing up, for me. My parents kept me focussed on my studies, but my dad also got me into football from young.

When did you first start getting into playing football?

My first club was actually Westway’s actual team. Unless you’re from the area, not many people know they’ve got an actual team too. But yeah I was kicking ball from early man. From when I was like four years old, I had a ball at my feet.

I remember my dad just took me to Westway one time growing up, and I just didn’t stop playing from then. Everyone used to call me twinkle-toes back then, cos all I used to do was dribble. I was training four-times a week, then playing a match once a week too.

When did you first start taking it seriously as a player?

From like age 8, I’d say. QPR was the first official club that I was signed with as a youngster, but before that, Brentford were interested in me and I had trials. But I joined QPR from a young age – they really looked after me there.

And I hear you’re a big Chelsea fan? Is that from being a local, West London lad yourself?

I don’t even put it down to my area… I can’t even remember how I started supporting them really. I think it just felt right to me. Obviously, Hazard had a big influence on that decision too… but I’ve just been Chelsea for as long as I can remember. I watch every single game now without fail.

What position did you play?

I was a centre-mid or a CAM. I had the ping on me – and I still do. You could say I’m a Thiago regen. But back in the day, I used to love watching Hazard too – I used to always try and play like him too.

So is Hazard your favourite Chelsea player, then?

Yeah he’s my GOAT, still. He helped Chelsea so much growing up – I’ve never seen someone light it up like he did on his day. 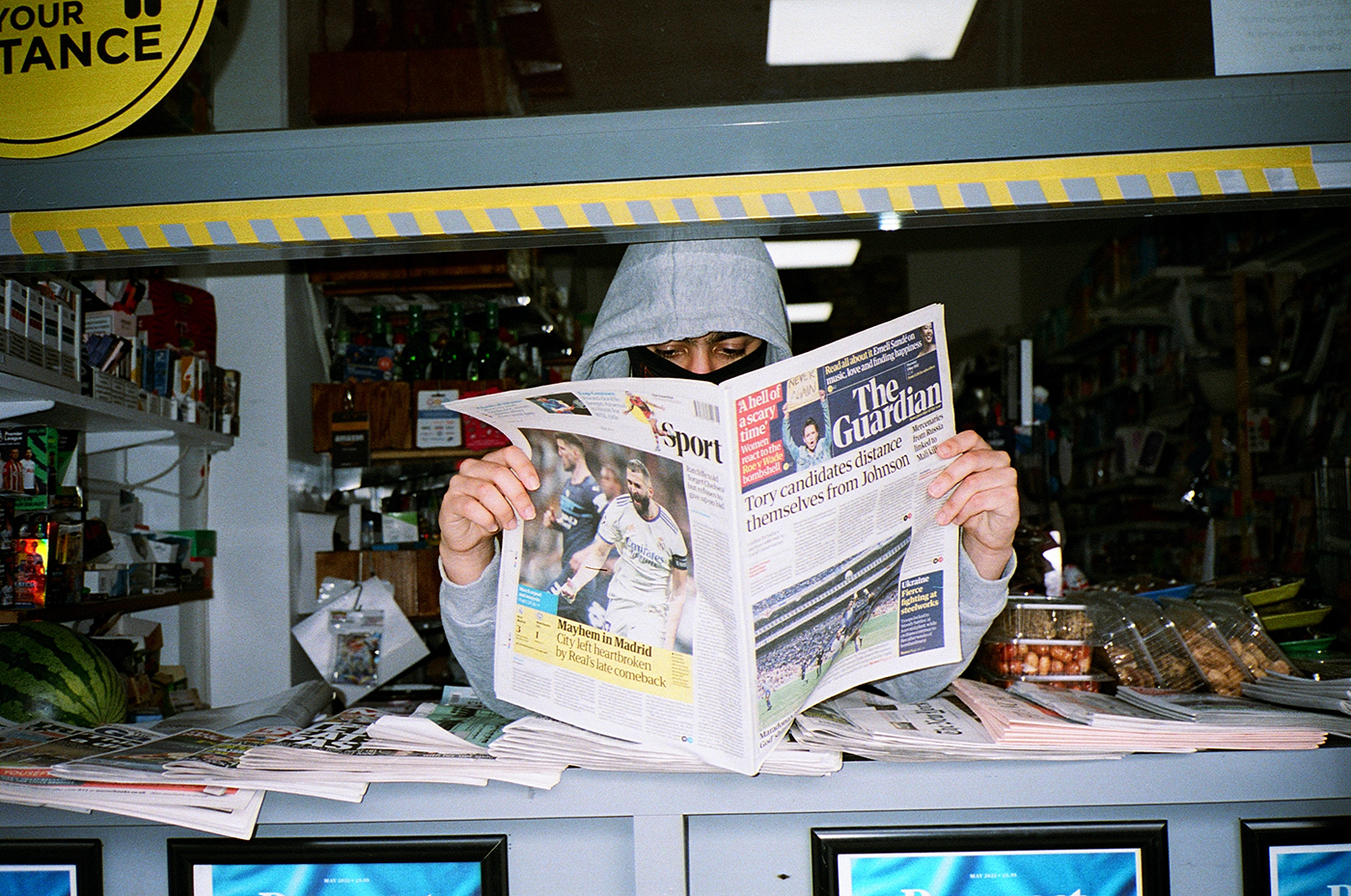 How are you finding balancing school with your music at the minute? It must me difficult focussing when you’re blowing up the way you are right now…

That’s the truth! You see the numbers, you see the performance and you see people vibing with it and I can’t lie, you’re just sat there sometimes thinking “why am I here?” But obviously, at the same time, I only have two months left of college, so I’m just looking to stay focused there and see everything out.

All my teachers know about the song, too. There’s a big buzz around school for me right now man. Even the headteacher pulled me aside… he just said “well done!”

How long have you been doing music for?

I’ve only been doing music from like September 2021. But to be honest, before I even went to the studio, I always had bars written down that I wanted to spit. I was never doing that while I was playing, but I’d always listen to music that would give me the inspiration to want to start getting into it.

Who were you listening to artist-wise?

I was a big Dappy fan growing up. The melodies and lyrics he used to weave into his music was crazy to me. He was just very real to me – whenever I went to a game or training, he’d be the guy I’d listen to, to get in the zone. He was my go-to artist for sure.

How much does your Moroccan heritage shape your style, sonics and life generally?

Ah it’s everything to me. You ask anyone at Westway and they’ll tell you Moroccan ballers are the most tekky. North African ballers just have that flair like that. The way I kick ball is totally inspired by my heritage. Rapping wise, I wouldn’t say it’s that inspired by Morocco, but melody-wise, 100%.

You’ve got the Fully Paid tracksuit on today too like you donned in the “Je M’appelle” video. That’s got some personal touches to it too…

Fully Paid made me a fully custom, Morocco-inspired tracksuit – and they don’t just do that for anyone. We’re working on something big for when the time’s right.

You’ve piloted from being an aspiring footballer to an up-and-coming artist – when did you decide to make that switch?

To be honest, I was making music in the background for a while – I’d been making tracks for fun in the background but I’d just never posted them before. I’ve always been musical – but with “Je M’appelle”, it just felt different. So I posted it out, and it just took off! 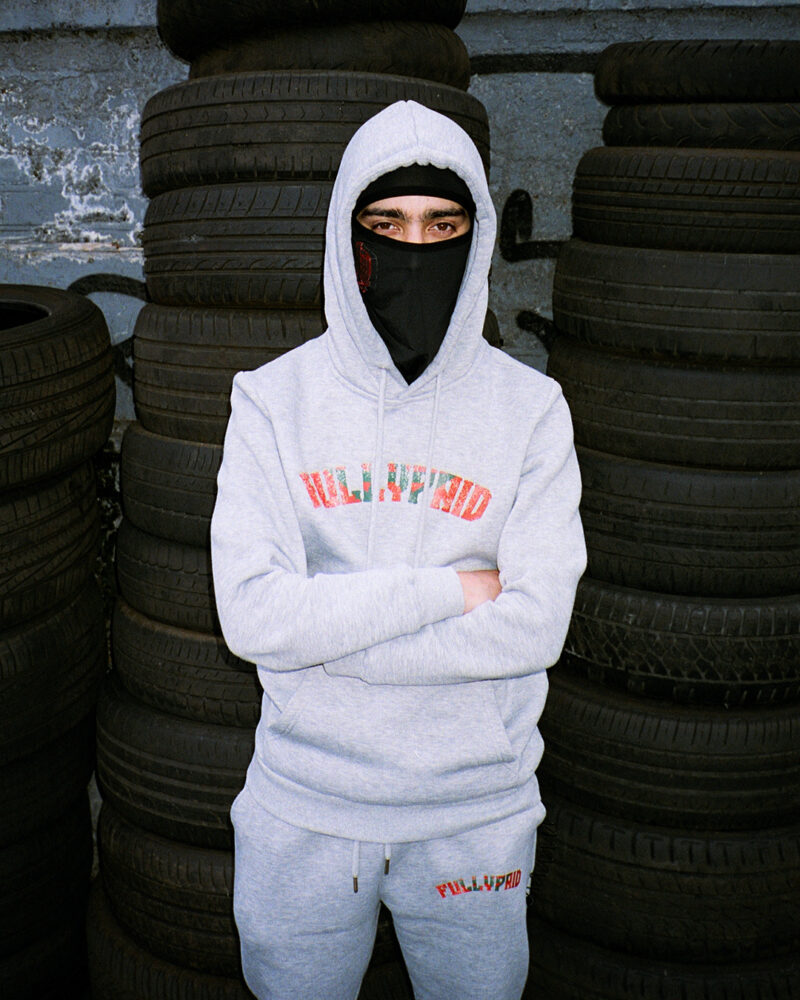 Did you find it easy making the switch from football to music? How different did you find the mentality shift?

The mentality to both worlds I just find mad similar, bro. As humble a I can be speaking here, I’m just talented at both. So the switch up was just very natural to me. I always felt like I could be good in both worlds.

After firing off some snippets, your debut track exploded. Did you ever think it would take off the way it has?

The actual TikTok itself, I never thought it’d blow up the way it did. But I always believed that the song was good enough to go viral. TikTok is a powerful tool man – it’s been crazy how big that app has been for my rise as an artist.

How long have you had “Je M’appelle” cooking up for before dropping?

A lot go artists go to the booth before they drop music – but I’ve got my bars and melodies prepared in my head before I head in. I’ll listen to the beat way before hand, like I did with this track, but I pre-planned everything there.

No-one’s actually heard it as it got deleted, but there was a bit with me singing on it. While it didn’t quite work for this one, I’ll definitely be experimenting with some more singing on tracks in the future.

You’ve had your track used on TikTok by the UCL, FIFA and Real Madrid – three of the biggest football accounts in the world. How did it feel seeing your track getting huge looks like that?

I can’t lie, I just started jumping up and down on the spot. I was so gassed man… I just went crazy! I showed my mum, showed my dad… to have it shared by The Champions League was a mad moment.

Are the sonics for your future music gonna switch up? Or are you looking to stay in the same groove for the mean time with TikTok in mind?

With the next track, I think we’re gonna keep it on a par with “Je M’appelle” – I definitely keep TikTok in mind for my tracks. My music definitely has to sit right on there, I just feel it’s the best way of blowing up. 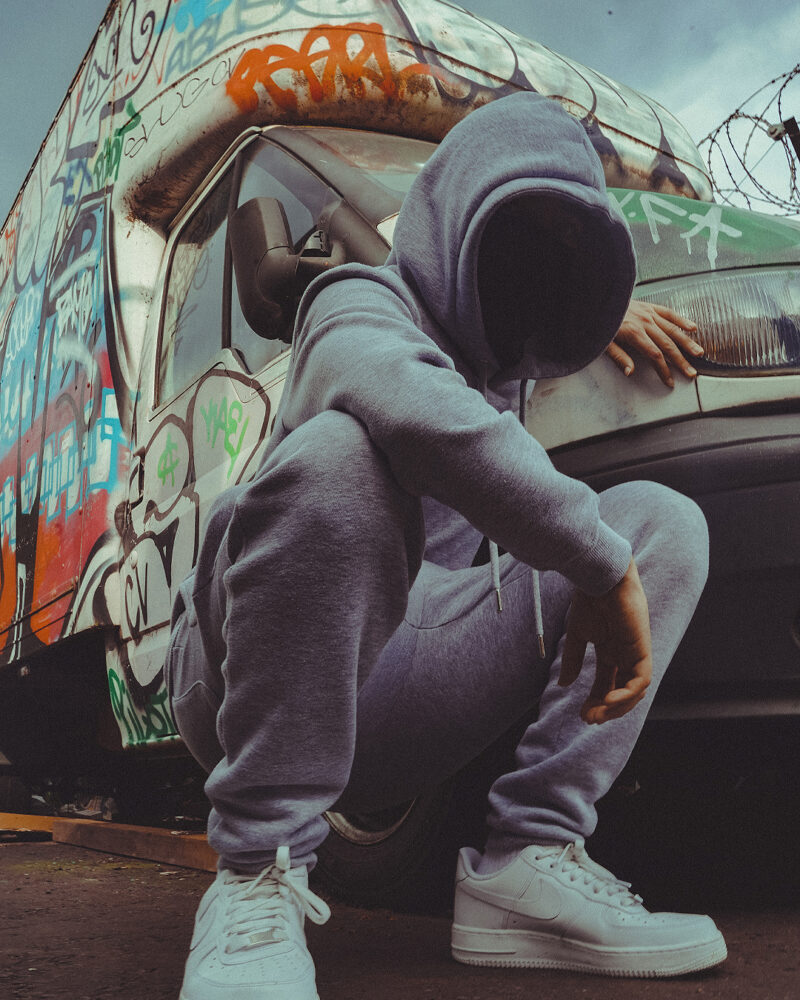 You keep yourself anonymous at the moment – why is it important for you to do that? Is it gonna be a K-Trap situation where you whip it off one day?

Nah… it’s definitely not gonna be a K-Trap situation (laughs). I just feel like once you have your mask off, you can’t even go Tesco no more. I just prefer living two separate lives right now.

Are you enjoying living your second life right now?

Yeah definitely! I feel both my lives are complimenting each other well right now. Everything is going well for me – I’m able to keep my mind clear by keeping anonymity, so everything is in a good place.

Is faith important to your work?

Absolutely. I was recently fasting for Ramadan and that was another thing that’s just really helped my mentality. There are so many mental and physical benefits to fasting – and it’s really helped me to get me to where I feel I can go next, too.

Where do you want to take your music next? What have you got lined up for the summer?

Obviously, I wanna hear Je M’appelle popping off all summer. But then given a bit of time, the next single is gonna go off even harder. Another viral smash is coming! The sample is probably similar in terms of popularity, but I just feel like it foes even harder than this track. Just wait on it!

Follow Benzz on his Instagram and TikTok before he drops off his next track later this year.