Ian Wright is no stranger to being a Gamechanger. As a player, he changed the narrative on going from semi-pro to professional football. As a broadcaster, he revolutionised what it meant to be on TV. As a role model, he’s now utilising his platform to make the future brighter for a younger generation.

Last year, Ian supported the formation of the Gamechangers education programme between Gillette – for whom he is a brand ambassador – and Football Beyond Borders. The programme gives young people the opportunity to study Black British history and focus on the contributions of role models – past and present – in British society, with an emphasis on those who have stood up in the fight against racism and inspired others to do the same.

Since its inception 12 months ago, 500 young people across 49 schools in London and the North West of England have enrolled. Areas of discussion have included cultural moments such as Notting Hill Carnival and the Bristol bus boycotts, as well as themes including allyship and identity.

To celebrate completing the programme, a select group of participants from Bacon’s College in South East London had the opportunity to meet Ian Wright to discuss their experiences, how they felt about what they had learned, and how they’re inspired to be gamechangers.

VERSUS sat down with Wrighty to talk about what this programme meant to him and why it’s needed now more than ever. 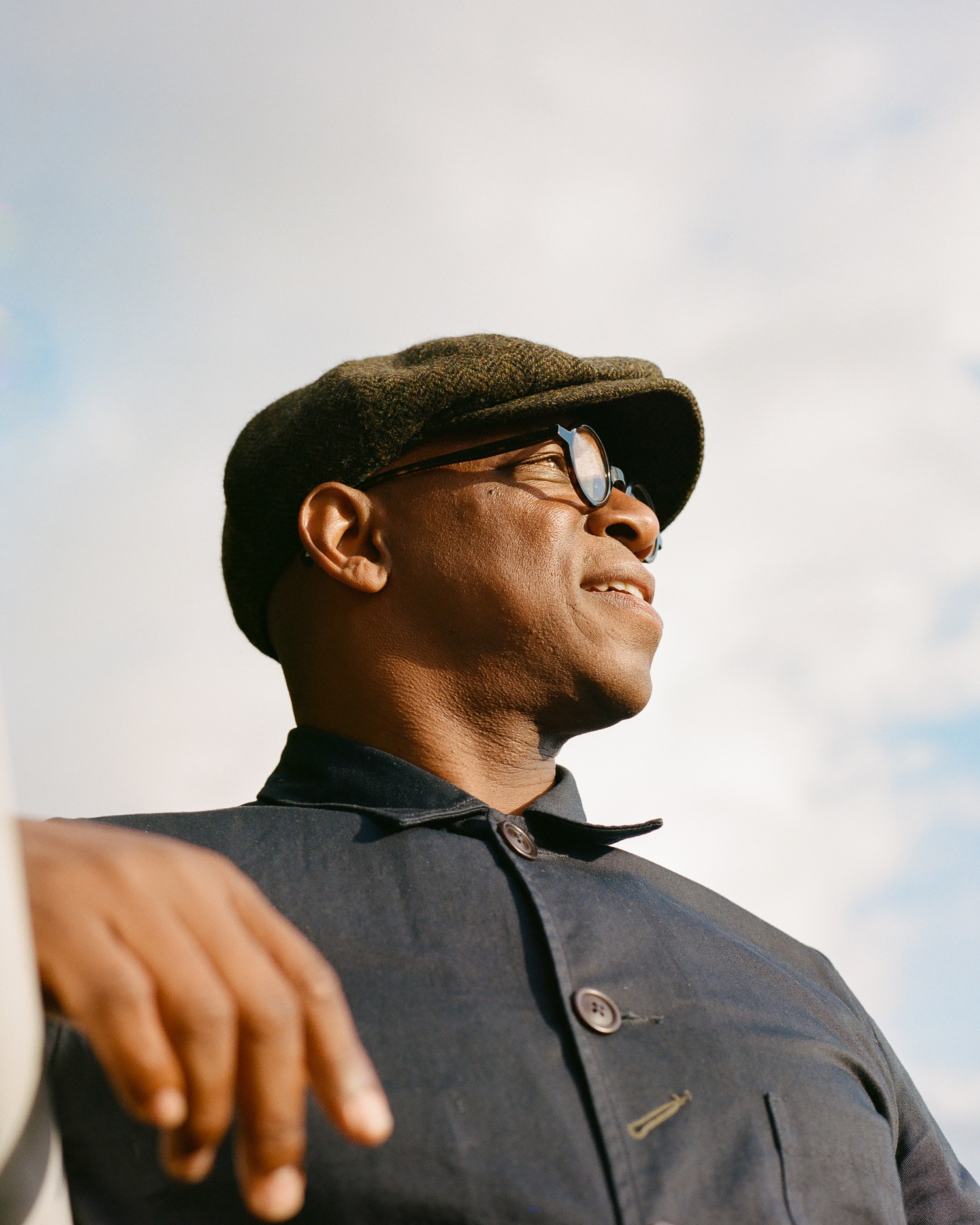 VERSUS: Having seen those young people detail their experience of the programme, why does it mean so much for you that they learn about positive Black history?

Ian Wright: It’s vital. It’s something I wished I had, even if it was only for a month! For too long in the education system, we have seen selective storytelling of our race. Always told through the lens of slavery or discrimination. Many of the boys in the programme naturally speak from trauma before they speak from joy. Especially in a month like this which is Black History Month. BHM should be about Black joy, not just Black sorrow and pain. That’s why they need to hear about the good stuff. No one can wipe away what has happened in the past but there is no reason why we can’t talk about all of the good stuff alongside the struggle. One of the things that always stands out for me is the Black Romans. That is information every kid should know.

Why did you want to get involved in this programme and what more needs to be done?

I grew up in a very different time, man! We never had access to the information or the internet. We never learned about Black British History and if we did it was always about slavery or American Black history. And listen, while my experiences are different from this generation, unfortunately, they are still very similar in many ways. Many of our participants in the programme would have been racially abused. Many would have faced microaggressions. Many would have been felt to feel less because of their skin colour. But none of that should exist.

After George Floyd, when everyone was putting up black squares on social media, Gillette and I wanted to do something tangible. I remember the early meetings, it wasn’t about needing to do something big, it just needed to be something real, something physical, and something that made a difference. Football Beyond Borders was the perfect partner. That’s why I am happy. Because you speak to the boys and you see how it’s empowered them, you see them talk through what they see, feel and hear. It’s beautiful. And yes, it’s great that 500 kids have learned about some amazing stuff like the story of Septimius Severus, but that doesn’t end here because now we can expand and reach more young people and get into more schools.

It’s not just about reaching Black kids, either. Allyship is so important. I told the kids about one of my good friends growing up who stuck by me when I was abused. While they may not have to do that today, other kids with the right information can correct others when they are negative or try to bring down those from different backgrounds. We can have empathy for each other’s stories. 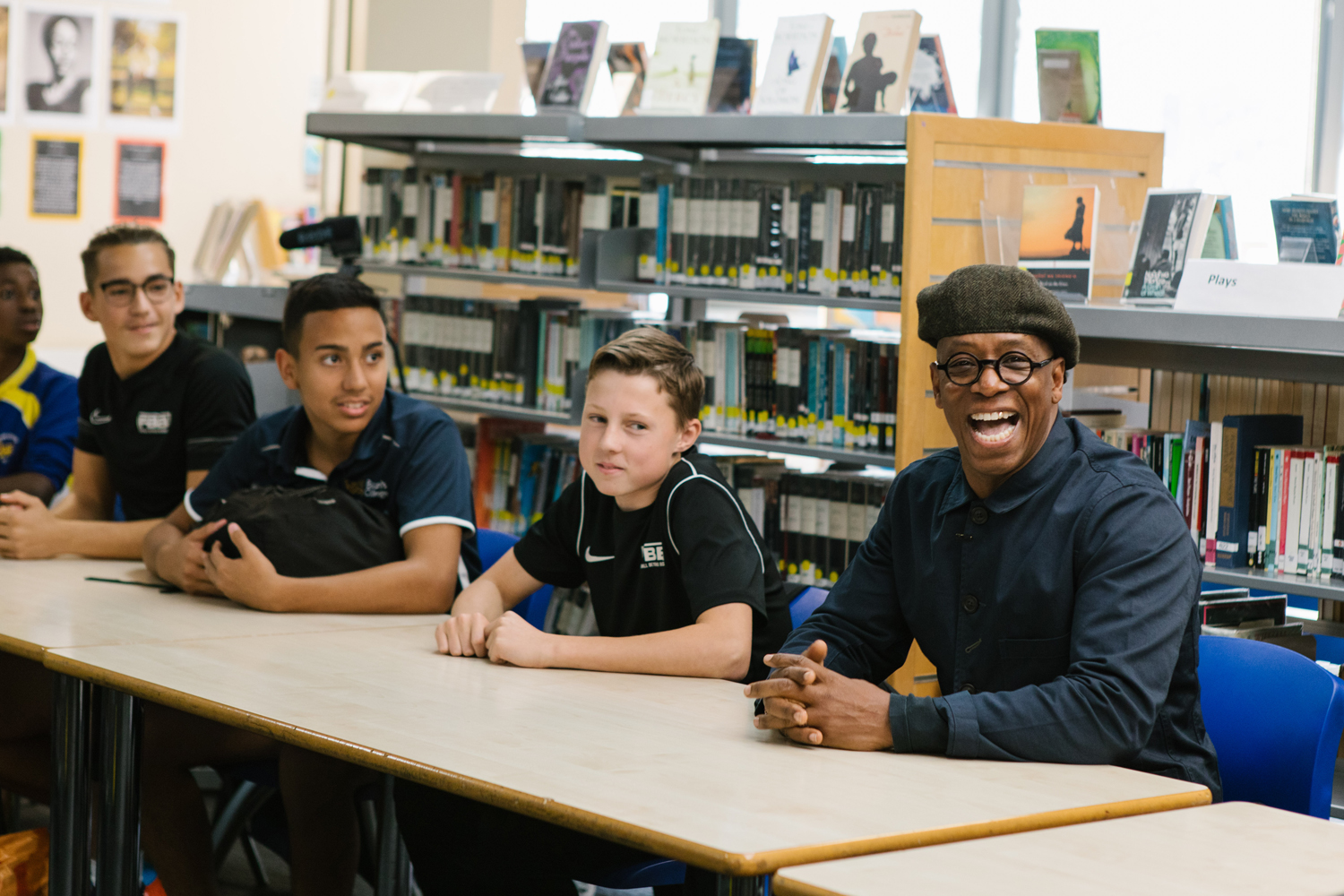 What does Black Joy mean to you?

Black joy means everything to me. A lot of my joy came through playing football when I was younger. Despite how emotional I looked, football was a happy place and even now the game continues to give me joy. I saw some of my idols who were Black men on the pitch and that made me happy. I played with some of my best mates like Rocky. That was joy!

Today, Black joy is seeing the looks on those young people’s faces when they recall positive moments. It’s seeing that moment click when they realise they do not have to always think about their pain. It’s about seeing a generation of young Black people all excel and thrive in whatever they want to do. Seeing them having good times with their friends, being safe, being loved, following their passions. All of that.

What were some of the most exciting topics when you first saw the materials?

Black Romans for me is the one. Bro! Septimius Severus. I also loved the fact that Notting Hill Carnival was a part of it all. It’s something that means a lot to me with my Caribbean heritage. Especially when many think of Carnival as a massive party, I like the fact that the origins and the cultural significance is pointed out.

Especially when you look at how loads of people have tried in recent years to look down on it. Especially this summer. We have to keep stressing the importance of our culture and the joy.

I also loved the topics around Windrush and the amount of sectors that Black people saved by working in them. It’s not a stretch to say that this country would not be what it is without Windrush. And then it just vexes me even more when you see how this government continues to treat those very people. The younger generation has to learn the importance. There are so many more things that got me excited. And the thing is through building those modules I was learning. I’m still learning! 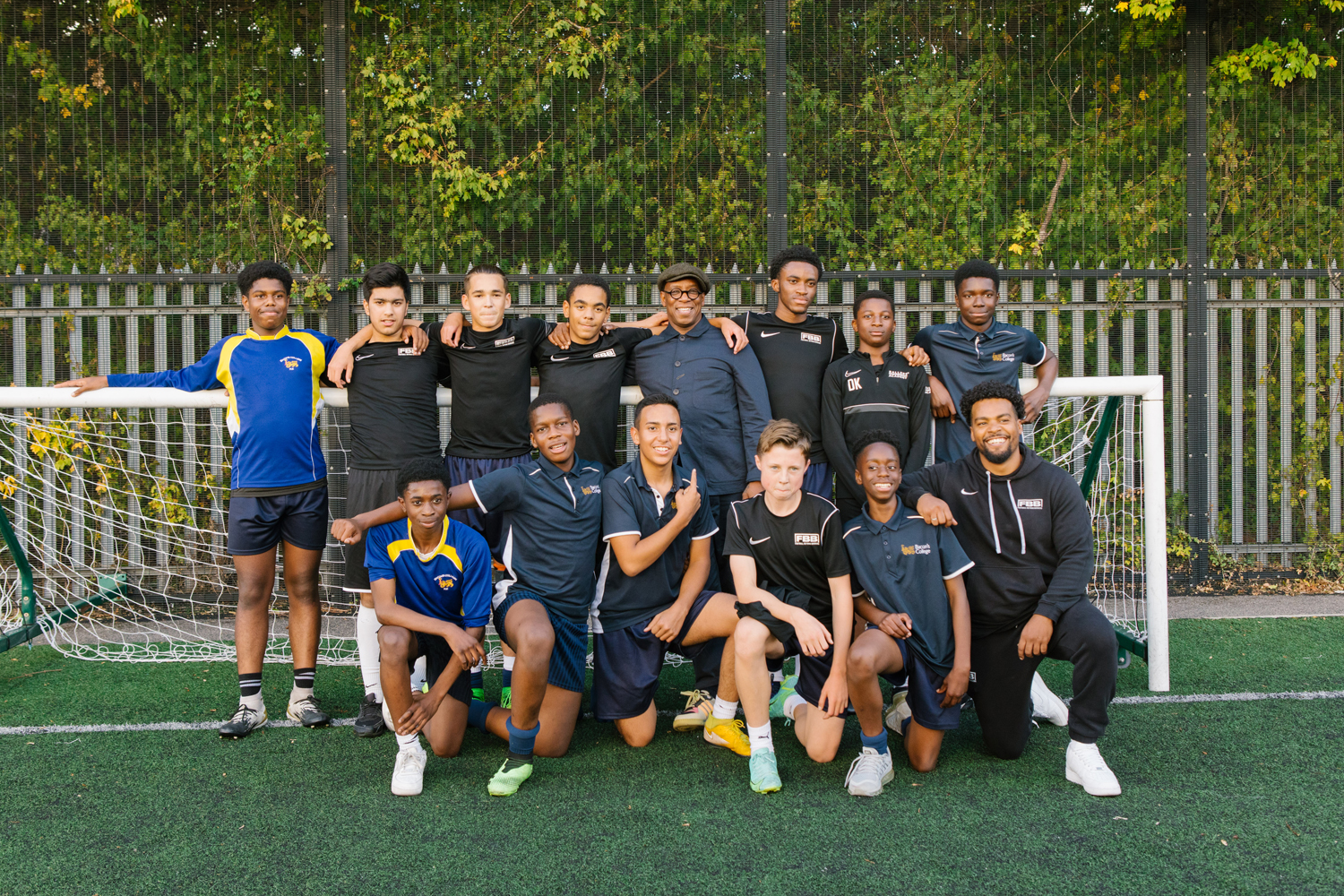 Thinking back to Geoge Floyd. What do you hope the legacy will be post that event?

In many ways I don’t know the answer to that because it all just feels like empty hopes. That’is hard to say because I see myself as someone who is optimistic. I obviously hope that we never have to see anything like that ever again. That people like Colin Kaepernick don’t have to lose their careers for fighting for basic human rights. That allyship remains a real thing and not something that is cool for a season.

Racism is not a Black person’s problem. It’s everyone’s problem. We all have a role in fixing this. That moment was so saddening and vivid. The aftermath sparked a togetherness I had never seen before. That can’t die out.

I do hope that we can continue to celebrate joy. That is why Gamechanges is needed. We need joy. We need to highlight our contributions to the world. We need this generation and all generations to come to know that they come from kings and queens. That is what I hope the legacy will be. This programme with Gillete and FBB is a legacy of that moment but the real legacy is teaching these young people that their history is not just sad moments.

Gillette Labs have partnered with Superdrug to create a special edition razor pack supporting Football Beyond Borders (FBB). For every pack purchased at Superdrug, a donation will be made to the charity. Buy it here.