Capo Lee's roots might be from Tottenham but his heart has always belonged to Chelsea. With blue blood running through his veins this MC is grime royalty. Spun more decks than Drogba did defenders and dropped more bars than Snickers, so you'd be nuts to think Capo is anything but a champion when a microphone is in his hand. But if there’s one thing Capo loves more than music it’s football, which is why he’s the perfect match for Jameson’s latest collaboration ahead of the World Cup.

Linking up with Jameson and Lover’s F.C. Capo fronts a new collection of jerseys that’s all about celebrating the joy of international football and its power to bring the world together. Combining football, fashion and whiskey, the release sees iconic shirts from England, Germany, Holland, Brazil, Argentina and Ireland’s catalogue reworked with Jameson insignia.

Coming straight from a Chelsea Foundation workshop, Capo tells us how he'd spent the day fulfilling his Youth Project Manager duties with the club. "We were judging a shirt design competition with kids from the local community. The whole point of the workshop was to celebrate Black History Month, and Black individuals the children admired and were inspired by." When asked who the winner of the competition was he told us: "It's actually quite funny because...the winner designed a shirt very similar to the one I'm wearing today!"

Football shirts have always been more than an item of clothing, they've represented pivotal moments, players and national identities for generations. Something Lover's F.C. founder Neal Heard was keen to convey with his latest designs. “The one thing I know from experience is that there are no more important football shirts than those worn at the World Cup. These shirts are uber connectors, the colours and badges instantly speak to us about who is on the pitch. When I see the 'Yellow and Green' of Brazil, or the 'Celestial Blue' stripes of Argentina come onto the pitch then I know the World Cup has genuinely started. The best thing about the tournament is that the whole world is watching, people are sat in bars or around TVs from Bangkok, to Rio, to Dagenham - all glued to those teams and those colours. These moments and the shirts stay with us and connect us forever.”

To mark the release of the new Jameson x Lover’s F.C. collection and to dig deeper into the power of football, we linked up with Capo Lee to talk football shirts, World Cup memories, and why football’s greatest competition means so much to him. 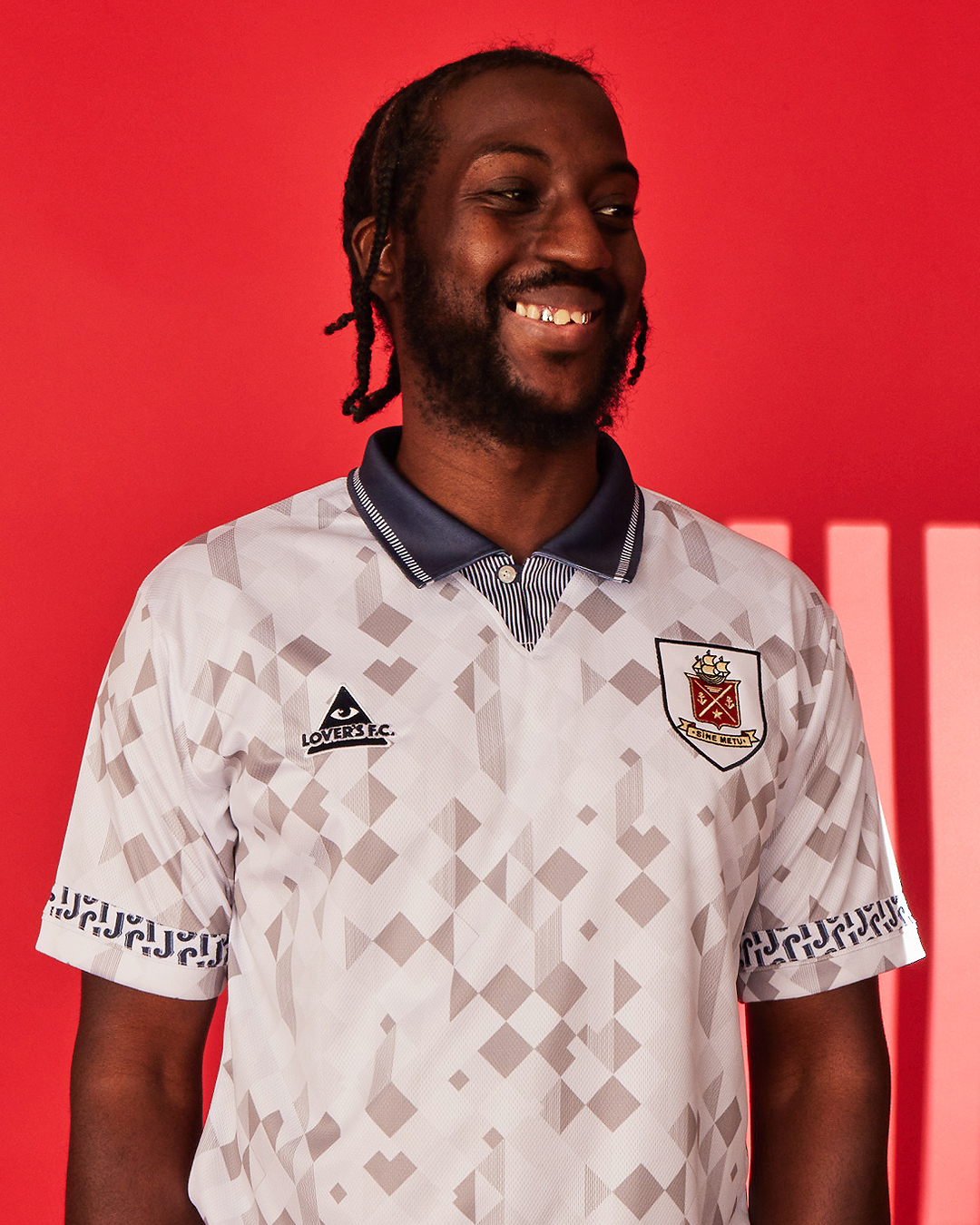 VERSUS: The shirt you’re wearing was inspired by England’s 1990 World Cup jersey – does it evoke any memories for you?

Every school in the country had their students watching that game!

You know it. And yeah, that was painful! But I also remember Michael Owen’s run and goal against Argentina in 1998, that was an amazing moment. At that age I was little bit older then as well, so had started to understand football a little bit better and appreciate performances like that.

For me, it represents unity. The World Cup can bring people together, and I don’t just mean me and my friends or people my age. It has the power to bring generations together, as well as men and women, and that’s something that I really like about this competition. You hear a lot of people say, ‘I don’t usually watch football, but I watch the World Cup!’ And that just shows you how it can touch anyone and everyone.

It’s like, people get a chance to showcase their own country, and that’s something people don’t always get the opportunity to do with club football. Everyone wants to see their nation do well at a World Cup, even if you don’t follow the game all the time.

It’s a good entry point for people to experience football!

Literally. It’s one of those ones where, you’re walking down the road and you see people wearing shirts, going to watch the game at someone’s house or at a pub. 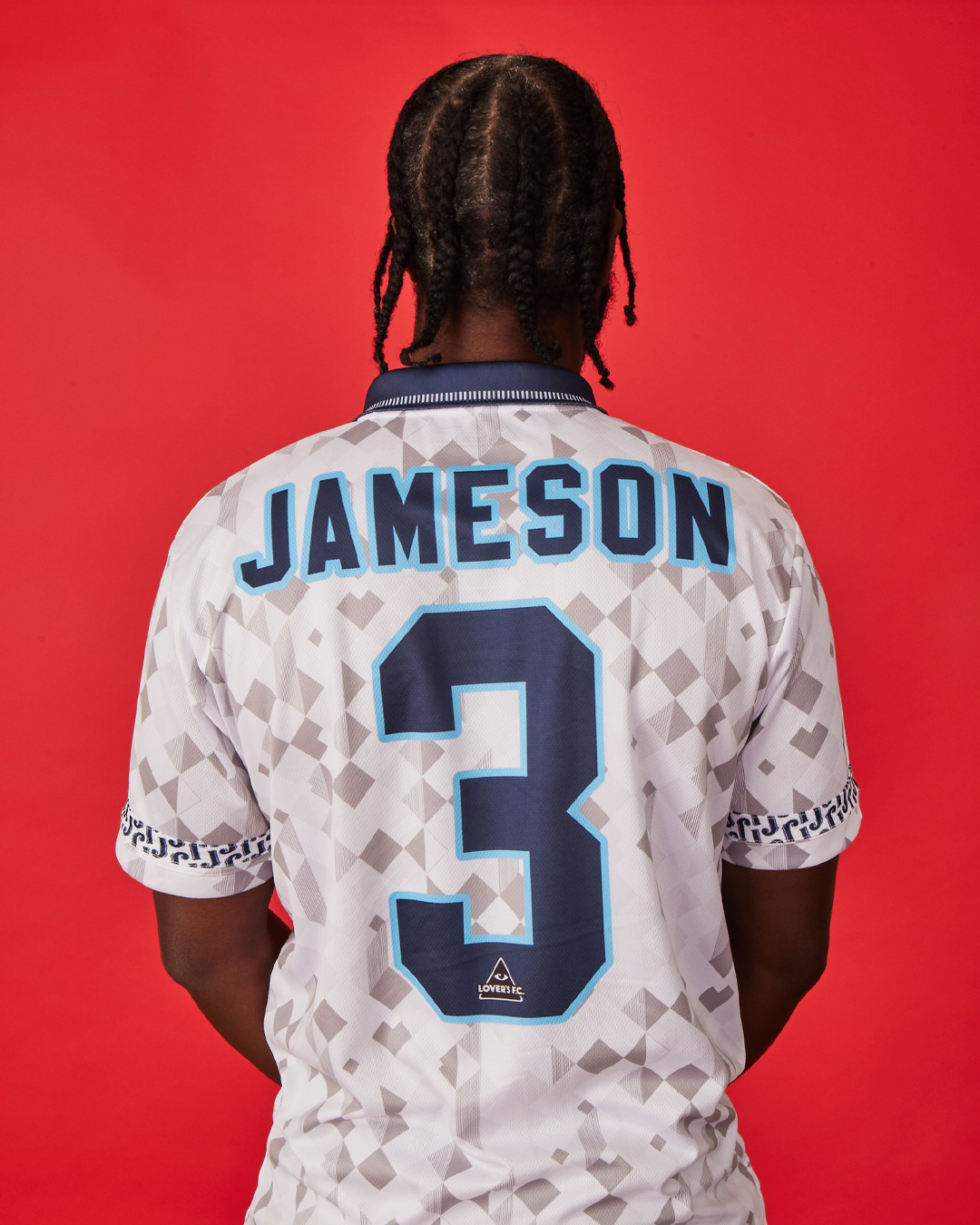 Do you remember when England beat Sweden in 2018 and people flooded the streets?

That’s what I’m talking about. This isn’t a World Cup example, but I remember when Greece won the Euros in 2004, I’m from North London, and there’s quite a big Greek community in that part of the city. I don’t even support Greece, but it was so nice to see how excited everyone was when they won that tournament.

That ‘carnival’ feeling you get from a World Cup is like no other, I completely agree. You end up wanting teams to do well even if you don’t support them! In terms of global culture, did the World Cup help you to understand that a little more?

You know what, I think so. Even down to small things like, you might get shown a crowd of fans at a stadium during a game on TV, and you notice the type of clothing they’re wearing, or you hear their national anthem for the first time. When you see someone sing their national anthem, you can really see how proud they are of their nationality. I quite like seeing players say their prayers before matches, that’s an insight into how important their faith is to them – a big part of culture in some countries.

I think that’s such a good point. I can remember seeing Mané and Salah saying their duas before a Liverpool game – that was the first time I’d ever seen a Muslim player pray before a game. I’m sure it did happen before those two did so in the Premier League, but it opened my eyes to the role faith plays in the lives of footballers.

Speaking of individuals, a lot of people tie iconic moments to specific players. What is an iconic World Cup moment or player you can remember?

I wasn’t supporting either team at the time but seeing Brazil get smashed by Germany in 2014…wow. I will never forget that. The fact the tournament was in Brazil as well. To get beaten like that on home soil, that must have been awful. Two sides with so much football heritage, but I never thought Brazil would get beaten like that. And for Gotze to then score that goal in extra-time the following game to win the whole thing for Germany. That was mad as well. Those games will go down in history.

I can also remember how the French team championed Kanté after they’d won the 2018 World Cup. Seeing them singing his name after the match, huddling around him and getting the whole stadium to join in. He was the smallest player on the pitch but had the biggest impact that tournament. 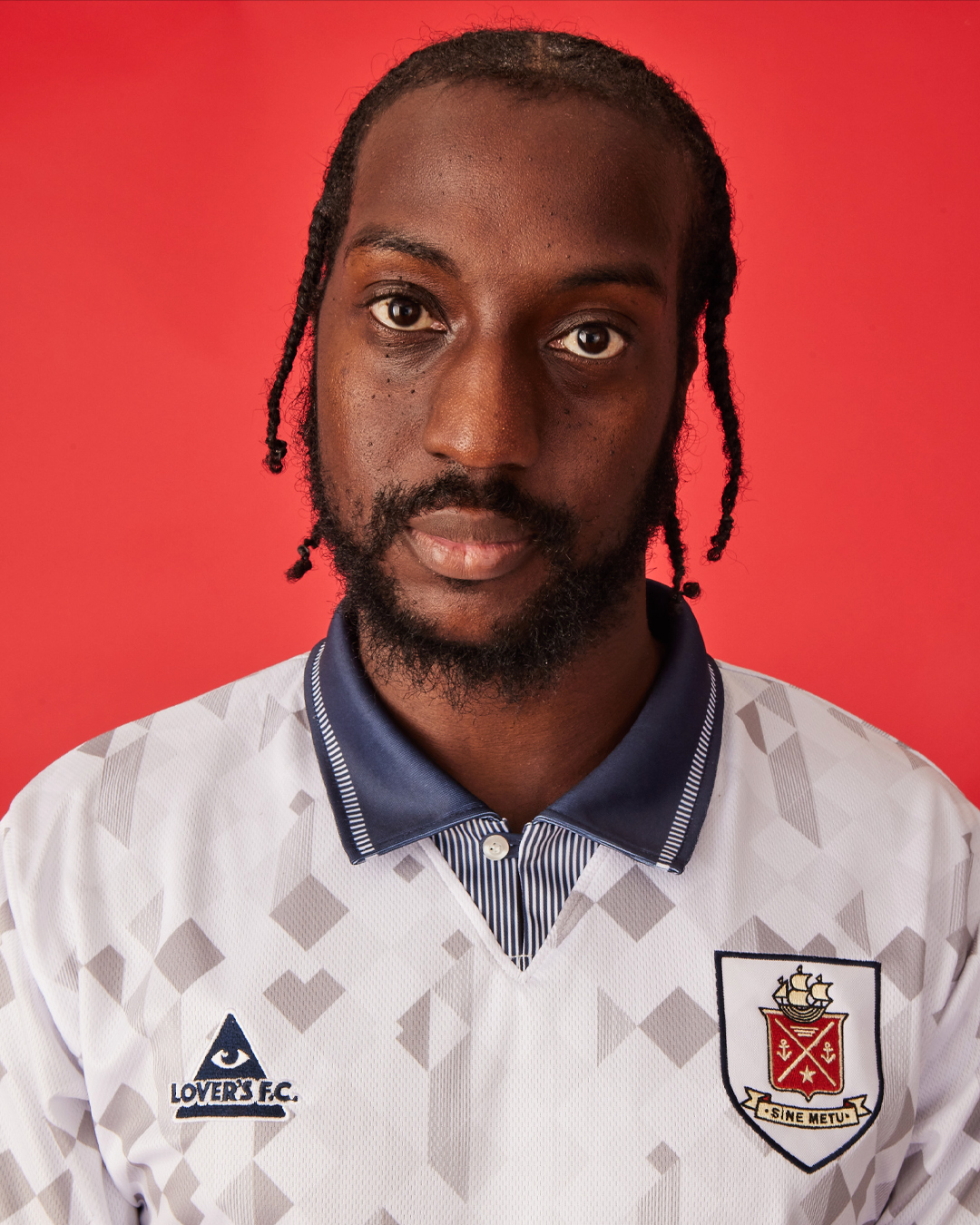 Other than your national team, will you be supporting anyone else this month?

I do think this year’s Brazil team will do bits.

Of course! But I also just think he’s a great player, and this might be his last World Cup so I’m sure it’ll be nice for him – he’s won the Champions League now with us, so a World Cup medal is next for him.

What do you think about football and fashion?

I think we’ve moved past people just wearing shirts because they support a team or play football themselves. We now see a lot more people wearing shirts as a fashion statement. You know, you might see some guy wearing that Argentina shirt over there, and matching it with a pair of blue Jordans – he might not even support Argentina or be Argentinian, but he likes the colour and has the perfect pair of shoes to match it with.

From the Jameson x Lover’s F.C. collection, are there any shirt features you particularly like?

To be honest, I think I’m wearing the best one! So I’m happy! I’ve had a look at everyone else’s, and they’re nice, don’t get me wrong! But this England one is the nicest in my opinion. 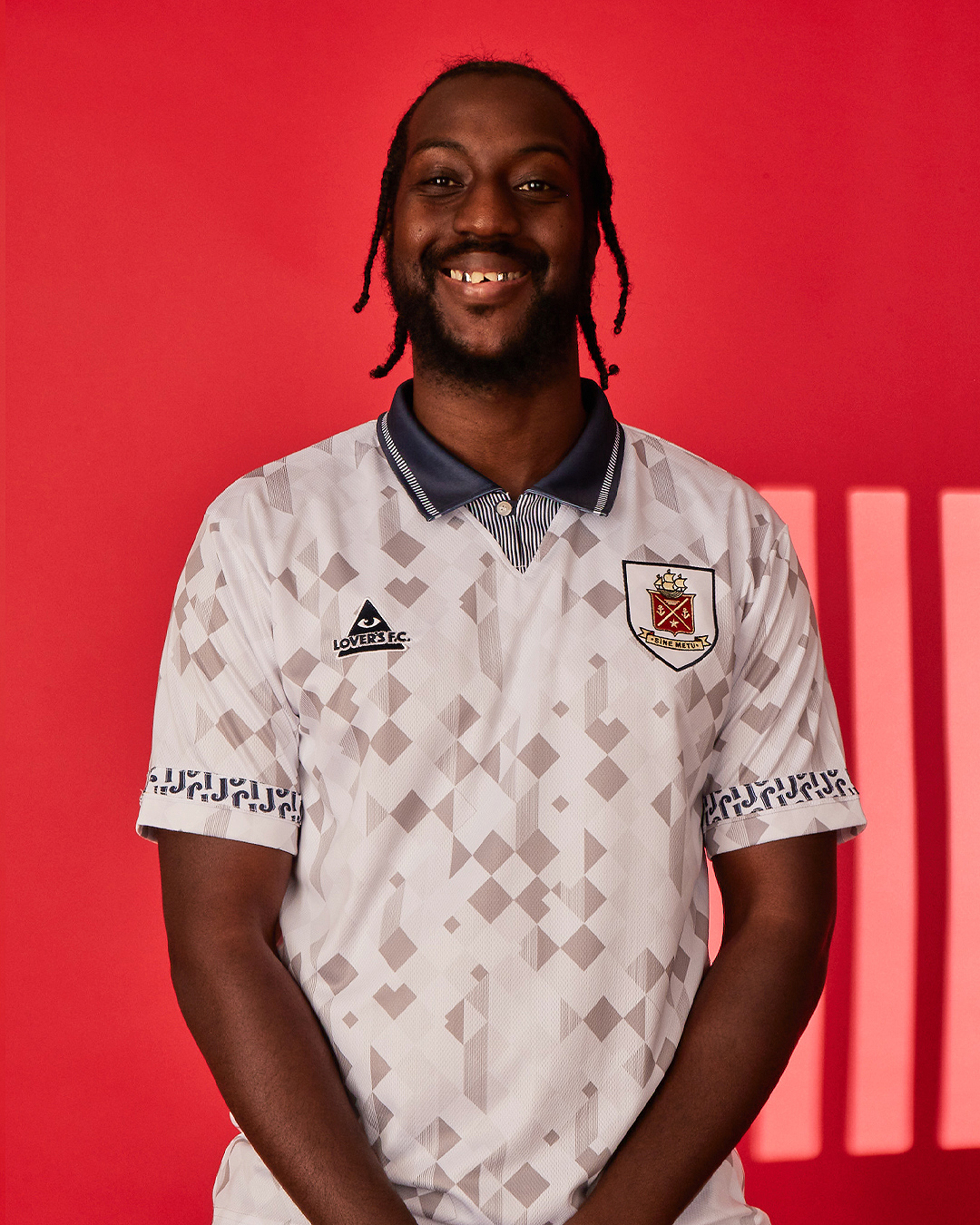 I’m just a big fan of grey, especially a lighter grey as well – which is why I’m wearing these tracksuit bottoms today, I just really like the colour.

I really like the pattern on this shirt as well…

Funny thing is yeah, I was at a Chelsea Foundation event today, and I was working with a local Primary school to judge a football shirt design competition – my co-judge was Chelsea Women’s defender and Canadian international Kadeisha Buchanan…

She’s so nice as well! We had to judge the kids’ designs and they would come up to us and explain why they chose certain colours or why they chose specific patterns – it was all about working together to create something and then communicate your reasoning afterwards. And I am not lying to you, the winning design used the same pattern as this shirt!

No way! That’s how you know it’s a winner.

I really like the design, and I like the collar – just feels a bit ‘smarter’ you know?

Will you be wearing this during the World Cup?