Many know Jeff Schlupp as a Premier League winner with the now iconic Leicester City side of 2015/16. A team who were famous for quite literally going against the odds - 5000/1 to be exact- to lift one of football's most coveted prizes, but there's so much more to this baller than that historic win.

Since the Foxes' crowning glory, Schlupp has gone on to establish himself as a Premier League regular with South London outfit Crystal Palace. The versatile baller has played a pivotal role in the Eagles’ success in recent years, flying high during one their best periods in England’s top-flight. However, that hasn't come without its obstacles, namely through injury. But with every setback there was an even bigger comeback, and Schlupp is once again enjoying his football all while in pursuit of a ticket to next month's World Cup with the Ghanaian Black Stars.

The biggest team South of the River recently renewed their partnership with sports fashion and lifestyle retailer JD - a brand who's worked tirelessly in recent years to build a strong presence across South London. The partnership will see JD become the club's main pitch sponsor for the 2022/23 season, with their logo featuring across the stands at Selhurst Park. To mark the occasion, JD treated lifelong Palace fans to a once in a lifetime meet and greet experience with Schlupp along with access to bespoke prizes.

VERSUS linked up with JS15 to talk about all things Palace, life under Patrick Vieira, and his journey to the top after overcoming injury. 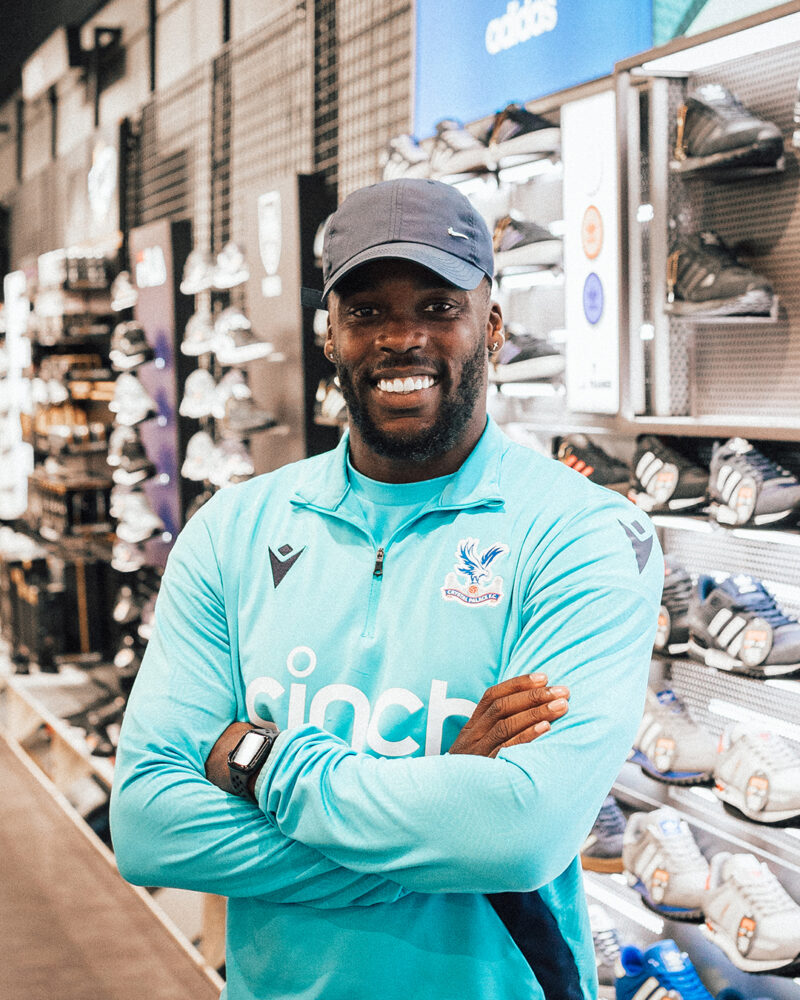 VERSUS: First and foremost, how are you and how does it feel to be playing frequently again after those injury setbacks?

Jeffry Schlupp: I’m alright you know bro, and it feels good! I’ve said before, for me personally it’s important to just be on the pitch more than anything. I’ve been through it a little bit early on in my career with injuries, but in the last couple years or so, I’ve felt strong! So being available is the most important thing for me.

How has life been working under a football legend like Patrick Vieira in the last year or so?

Yeah, it’s crazy man! Obviously everybody knows Vieira, he’s a legend. But, he’s honestly different from what he was like playing, at least from what I’ve seen from him on the pitch! He’s really calm and listens, but gets his message across clearly and concisely, and he’s got the respect from all of us before doing anything. So yeah, it’s been a good transition. Really good.

You’ve proven to be a flexible player during your career. You spent most of your time as a left winger/left back. Under Patrick you’ve featured heavily as a centre-mid and flourished there. Where do you prefer to play?

Personally, I’ve played my best football for Palace in the centre of a midfield three. I feel comfortable there, it asks for all the action and that suits my game, plus learning from one of the very best to do it is a bonus as well. Patrick’s tips and coaching has helped me a lot, especially in making me feel most at home in that position. It was a new experience for me, having initially been thrown in there, but my attributes sort of took care of it. Having him here now, and being able to actually coach me about that position, has definitely helped. 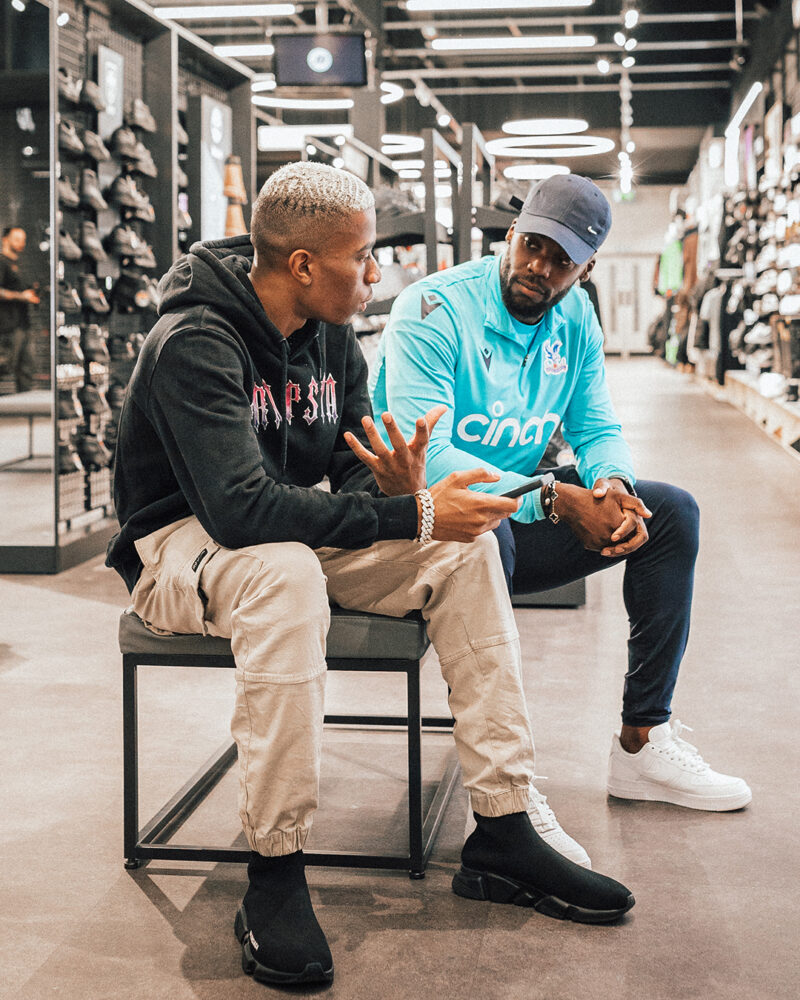 Palace is my local team, and they’ve become everyone’s adopted side due to the squad’s amazing personalities. Who would you say is the funniest player in the set-up?

The funniest? I dunno! We’ve got a great bunch to be fair, there’s a lot of culture in there – it’s a good group. We all get along, but I’d probably say (Jean-Philippe) Mateta. Yeah, he’s a funny man, always joking around with everyone.

That’s a nice segue to my next question. One thing that is very noticeable is a lot of the players having locs. Who started this trend?

When I first came we had Bakary Sako and Wilf (Zaha), they were the only other guys with locs. I think it was probably Wilf who was like, “you should try it!”, so yeah I guess I’d have to say him to be fair.

You last appeared for Ghana in September of last year, what would it mean to be on the plane to Qatar next month?

The World Cup is a big thing. Growing up, I shared the same dream everyone has in playing at a World Cup. There’s squads that have to be picked and it’s not easy, that’s a decision the manager and coaching staff have to make. The important thing for me is that I’m available and fit going into that break, so we’ll see what happens. 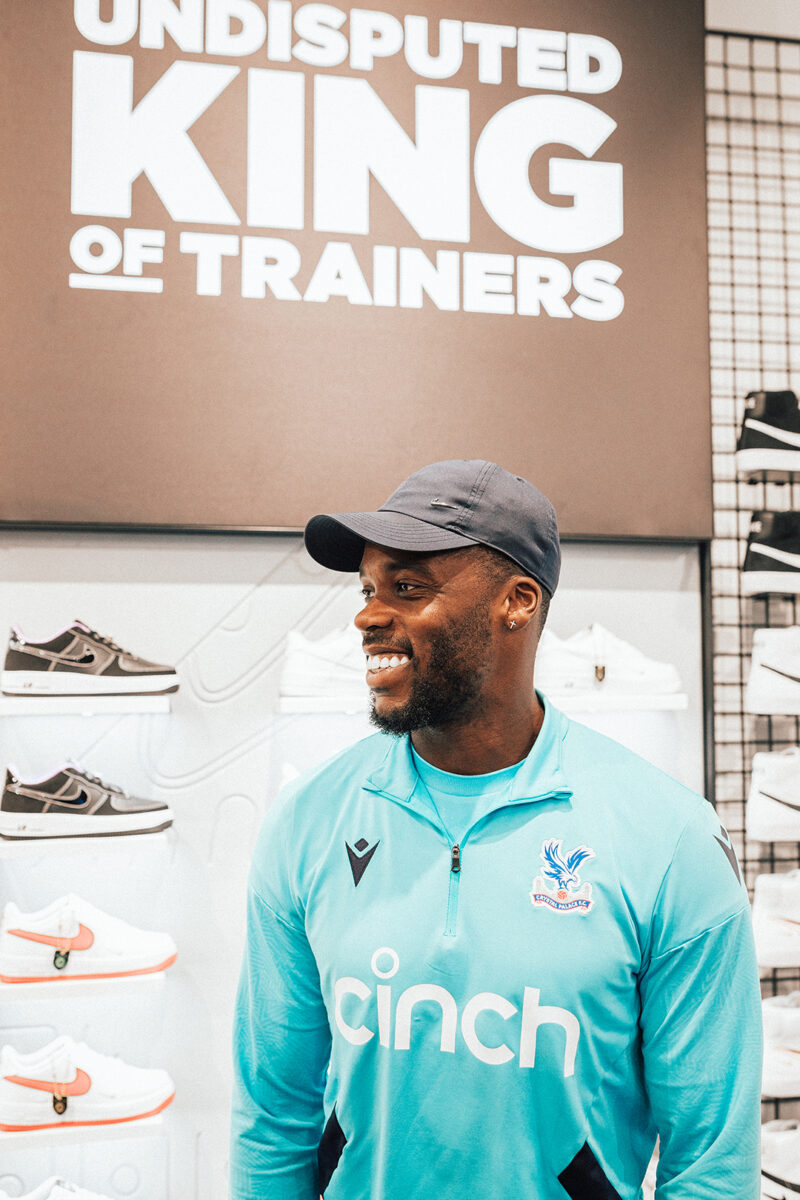 As a Ghanaian, how excited are you about your nation’s first appearance in this competition for eight years?

Ah I can’t wait man! Everyone knows the vibes that it brings. Everyone saw what happened last time we were at the World Cup. The energy just brings everyone together, if you know what I mean? It’d be great to experience that once again.

Having won both the Championship and the Premier League, what more do you want to achieve in your career?

Many more years ahead man, and I just want to win! Winning the Championship was one thing, then we done a madness and won the Prem! I’d do anything to have that feeling again!

Hopefully we will see Palace do something similar, a nice little Europa run maybe?

Definitely man! That’s the target, and who knows…anything is possible!