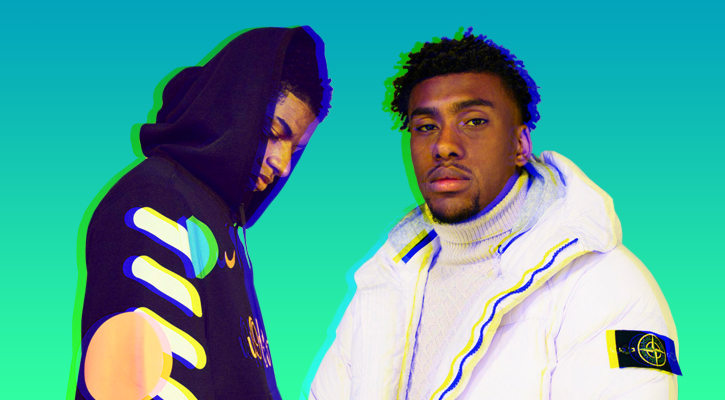 A lot has changed in the Premier League in recent years. Outside of the game, players have become credible cultural icons and are brushing shoulders with personalities in the world of music, fashion and wider culture.

Footballers get a bad reputation for not showing enough character in the media, and so the ones that do should be celebrated for switching it up, and daring to be different.

From Callum Hudson-Odoi’s Smokey Barbers trim, to Hector Bellerin’s penchant for bringing sauced-up outfits to London Fashion Week, the Premier League is now home to some of the waviest ballers in world football. We’ve compiled a list of who’s set to light up the ‘gram this season for their performances, and also their dripped-down ‘fits. 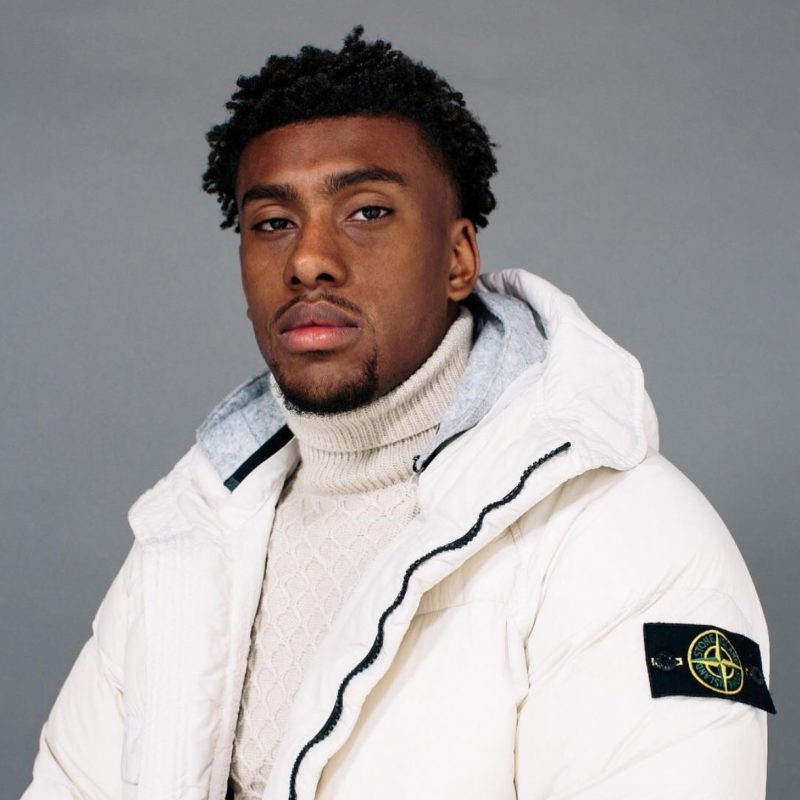 Representing both Arsenal and Nigeria, the 22-year-old forward brings together a wavey signature style through his Naija and North London connections. You can find the young Gunner posted up dripped down in designer alongside Skepta or Wizkid lyrics. 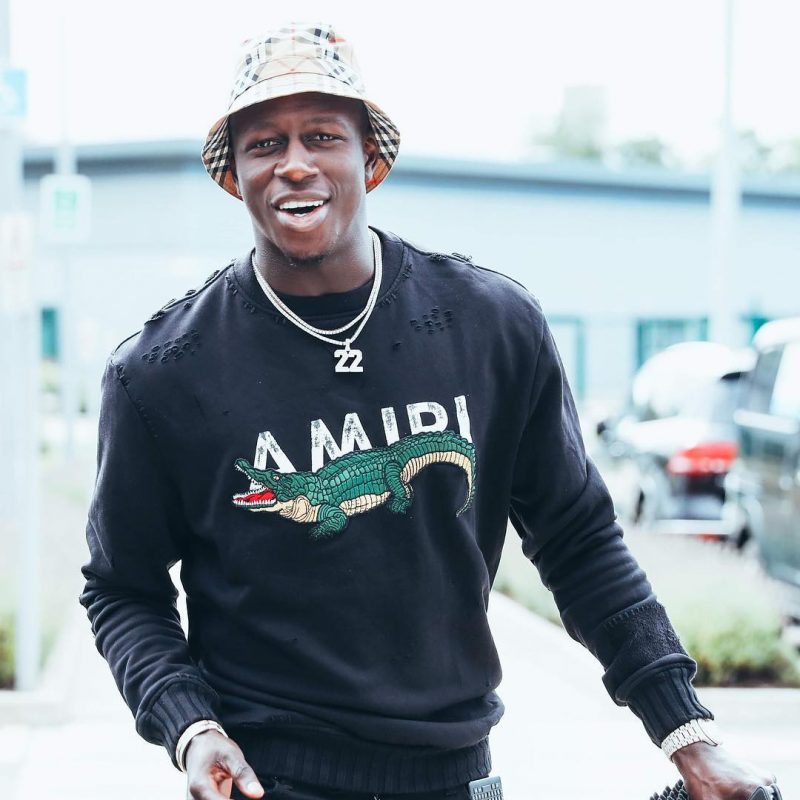 A World Cup winners medal, a deal with Beats By Dre, and a penchant to rock Amiri jeans puts Mendy firmly on this list. The Manchester City man suffered an injury set back at the beginning of his inaugural season at the club but that didn’t stop the French full back from having an impact. 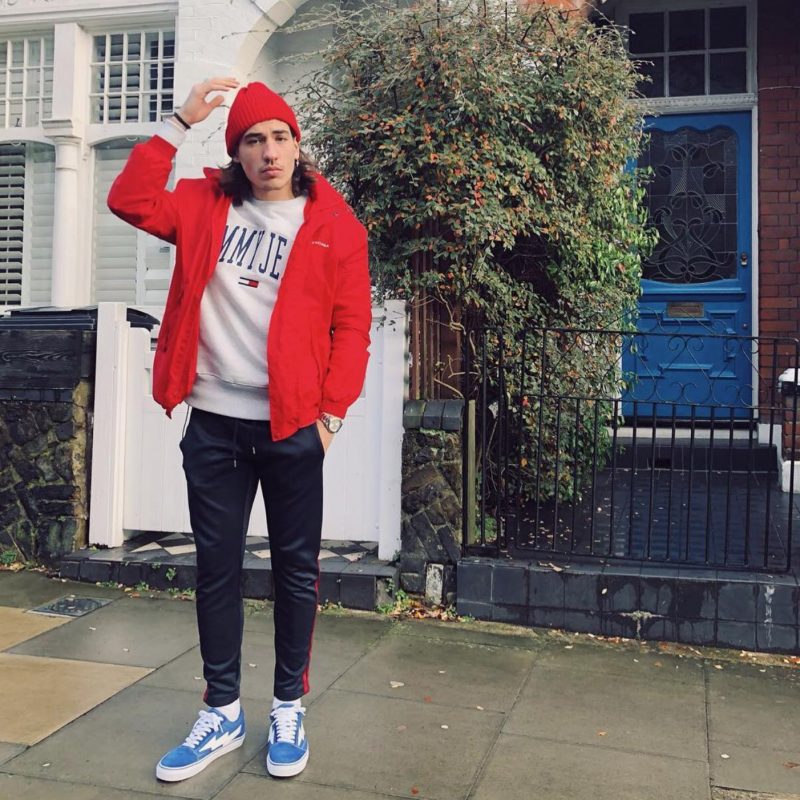 Where to begin? Hounded by traditional press for choosing to be one of the few athletes on the pulse of UK culture, and daring to be different, Heccy B gets a hard time for indulging in his interests. Frankly, a player willing to forge an authentic and cultured off-pitch persona is something that should be celebrated. 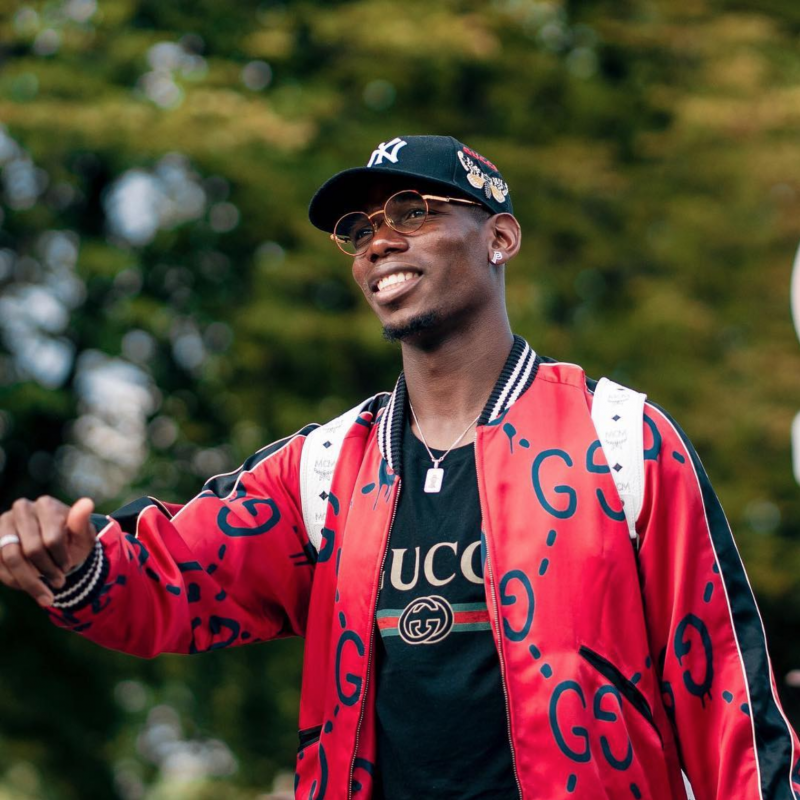 Another player who’s hounded by the press for showing an ounce of character. Pogba is perhaps the OG of his generation when it comes to making an impact on the culture. Dabs, haircuts and his own adidas line, PP will most likely go down as the waviest of them all – and it doesn’t seem to have stopped him winning a World Cup either… 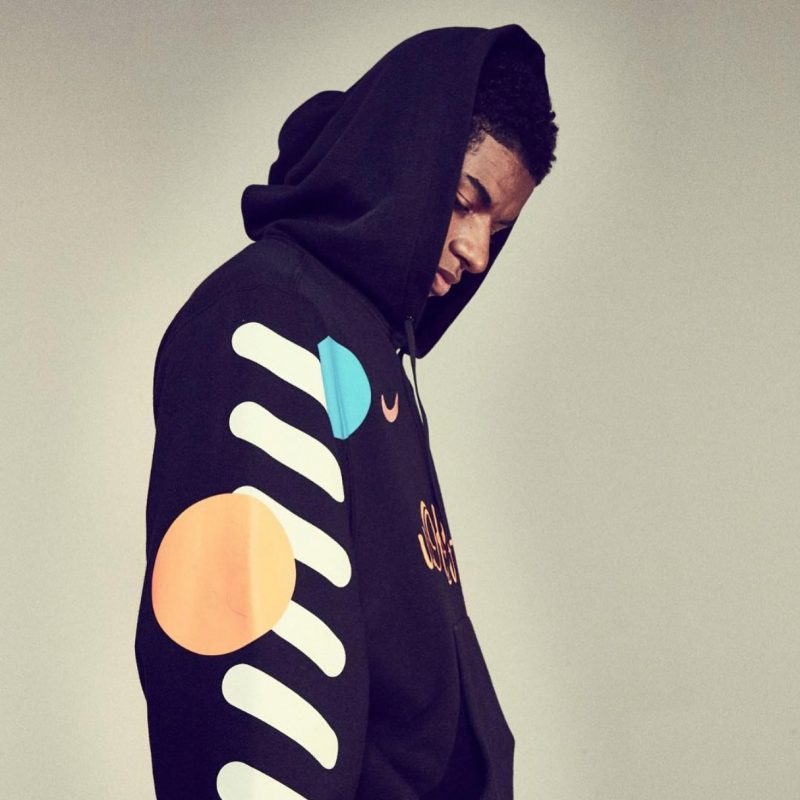 Like his on-pitch career, Rashford has shown great promise in a relatively short time. Having already been tapped up to front Nike’s Off-White football collection before the World Cup, and given his own track by Youngs Teflon, MR10 stays wavey on the gram and lets his football do the talking. 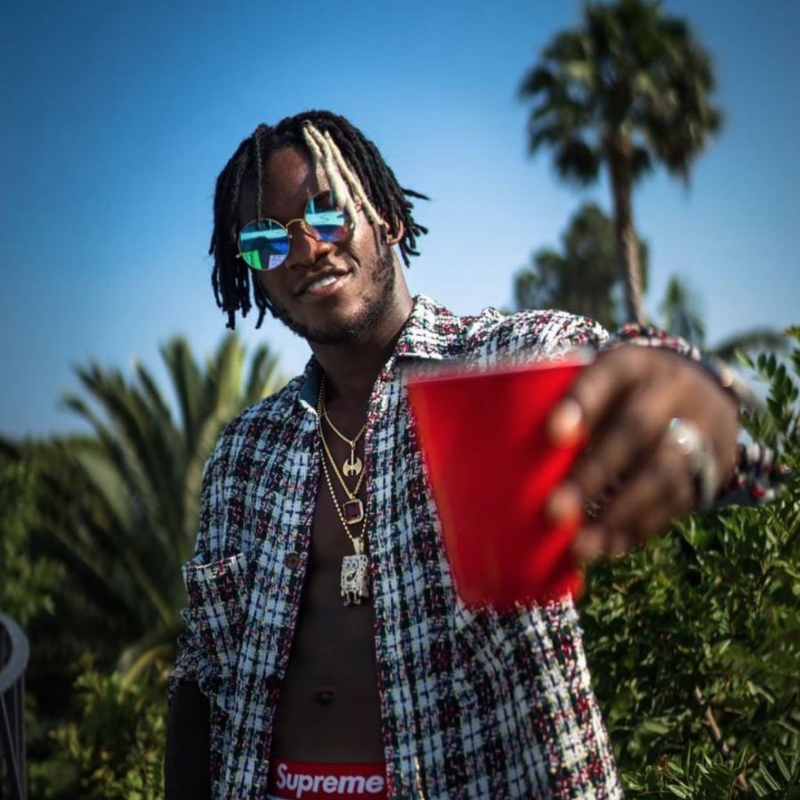 Few players can pull off Spongebob Squarepants shorts whilst riding in a Lambo, but the Batsman somehow does it. After spending some time in the shadows at Chelsea, the Belgian international burst back onto the scene at Borussia Dortmund, and has since become Football Twitter favourite for his on and off-pitch antics. 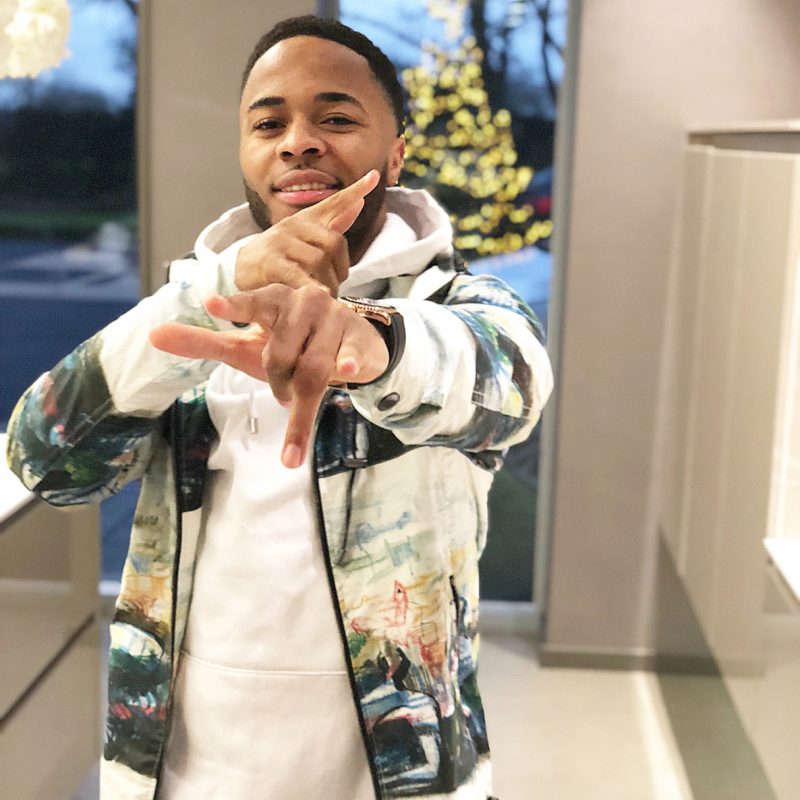 A player whose sauce is often too hot for The S*n to handle, Raz has come a long way from being Brendan Rodgers’ whipping boy to his current status as a title-winning goal machine. He’s not only making sure he’s stepping out fresh, with his son Thiago Gucci’d down to the socks. 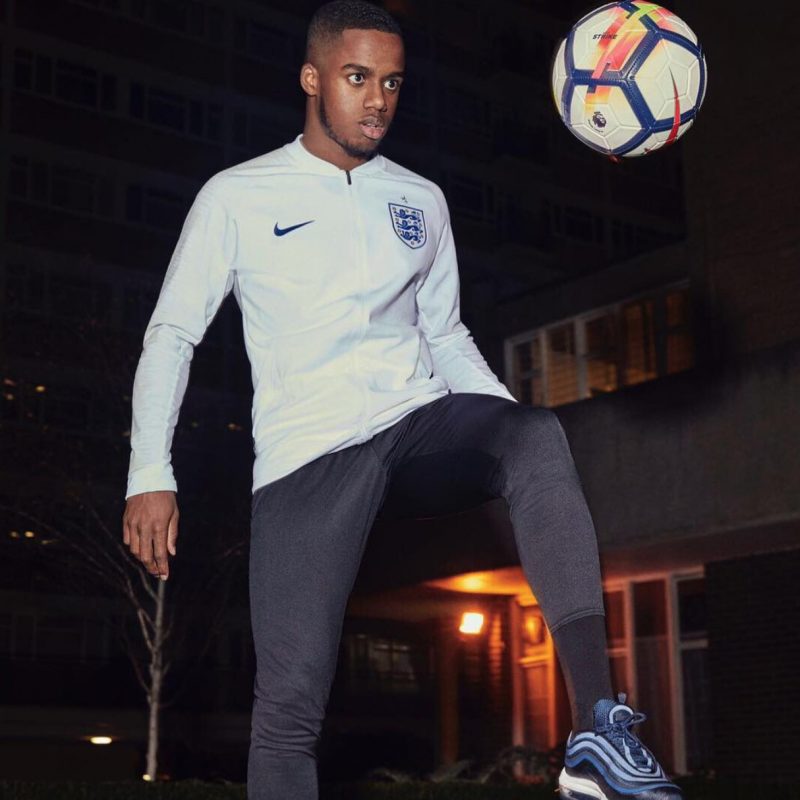 Sess is already one of Nike’s English poster boys for the future, and it’s easy to see why. Not only delivering the heat on-pitch, Sess’ pre-match attire sees him stepping out in LV washbags and Hauve watches, who recently got the young lion to stunt in their timepieces. 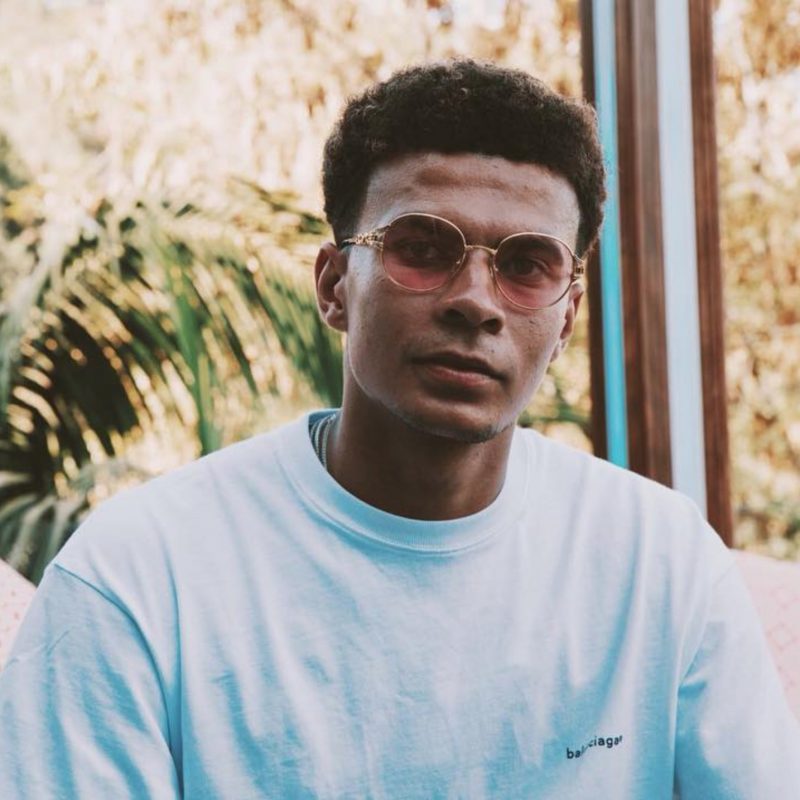 From awkward childhood mirror poses to Balenciaga ‘fits for the ‘gram, Dele has come a long way in his short amount of years. 2017’s PFA young player of the year has become a regular fixture in the Prem, and who wouldn’t want someone in their team who takes their Fortnite skills almost as seriously as their football career? 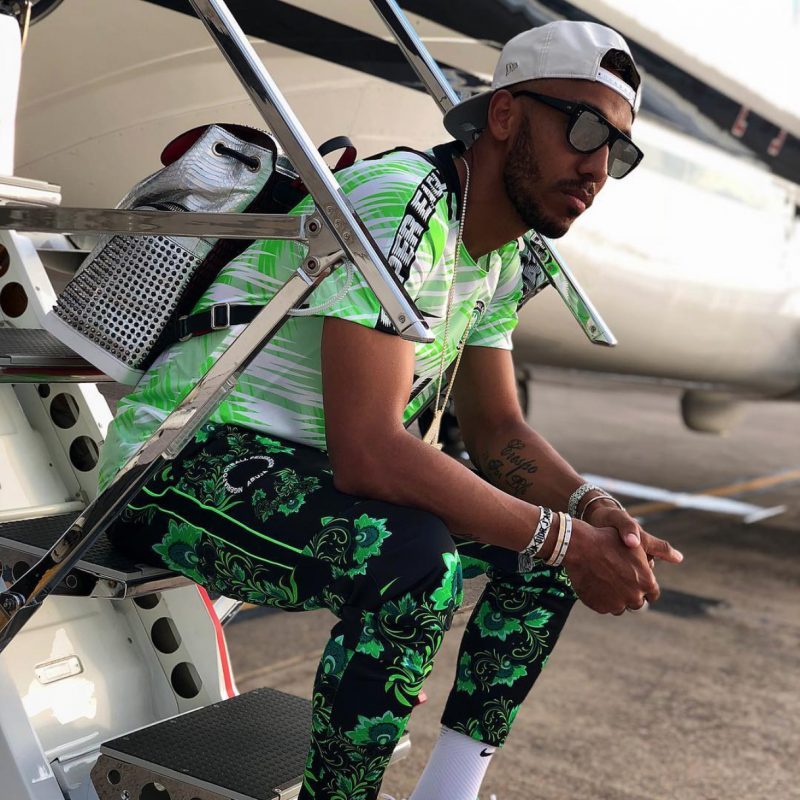 Not many players could rep the Naija range when they’re not even from Nigeria, but Pierre somehow pulls it off. PEA’s ‘fits are some of the loudest in the game, from rare Nike pieces through to Dragon Ball Z shin pads, the Gabonese goalscorer is not one to shy away from donning an eye-catching ensemble. 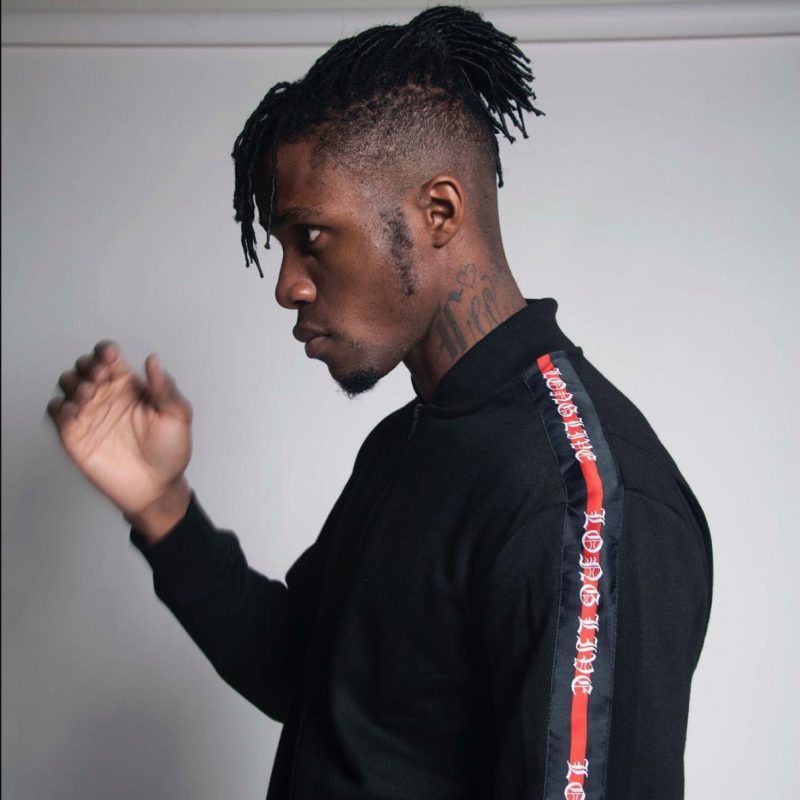 Along with being pictured posted up in Balneciagas on Bentleys, Wilf also owns his own Kojey Radical and Ms Banks-backed brand – Long Live Studios – which he’s even managed to get stocked in the official Palace club shop. 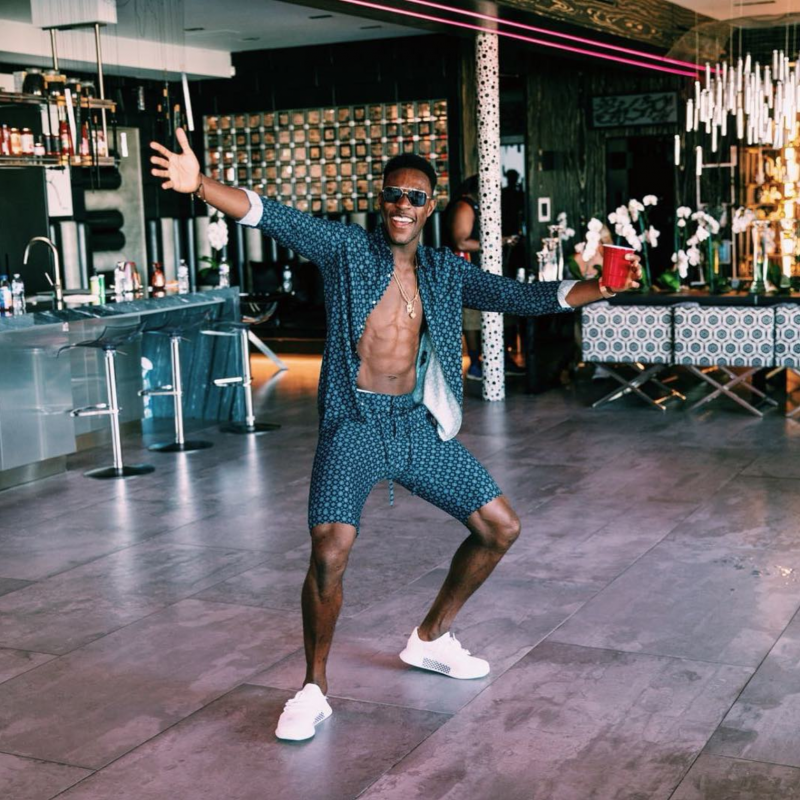 Dat guy. Welbz is a well-loved veteran of the scene, found keeping squad morale high with his antics and chilling with the likes of Michael Dapaah and Krept in his spare time away from football. 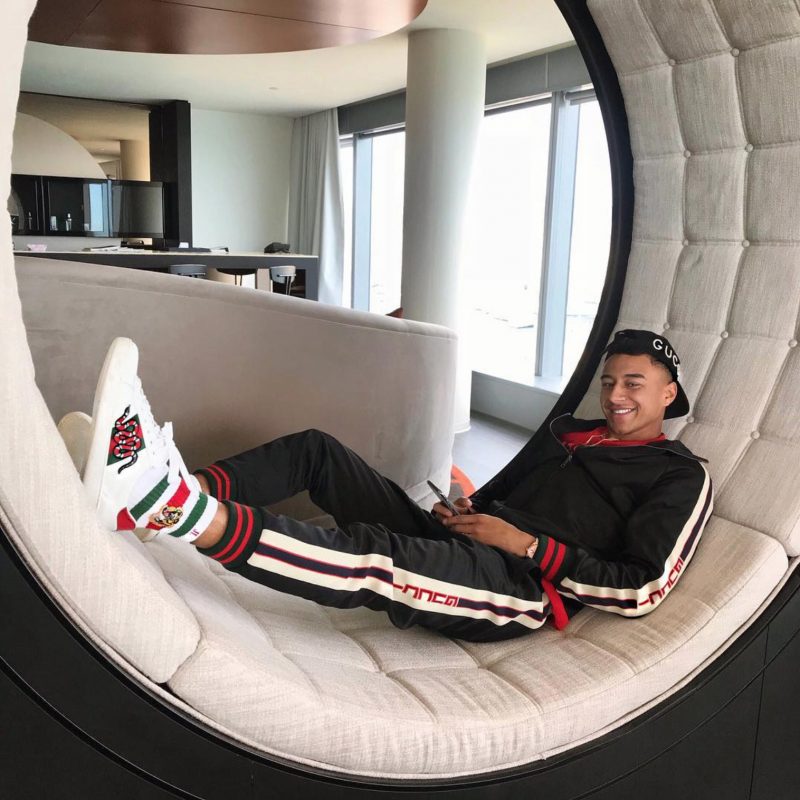 The unstoppable rise of J Lingz. Already etched into meme legend for his ‘Milly Rock’ at the Emirates, and his ode to Drake and Young Thug’s flute-heavy “Portland” just a couple of months earlier, the Manchester man will no doubt bring out more moves for the culture this season. 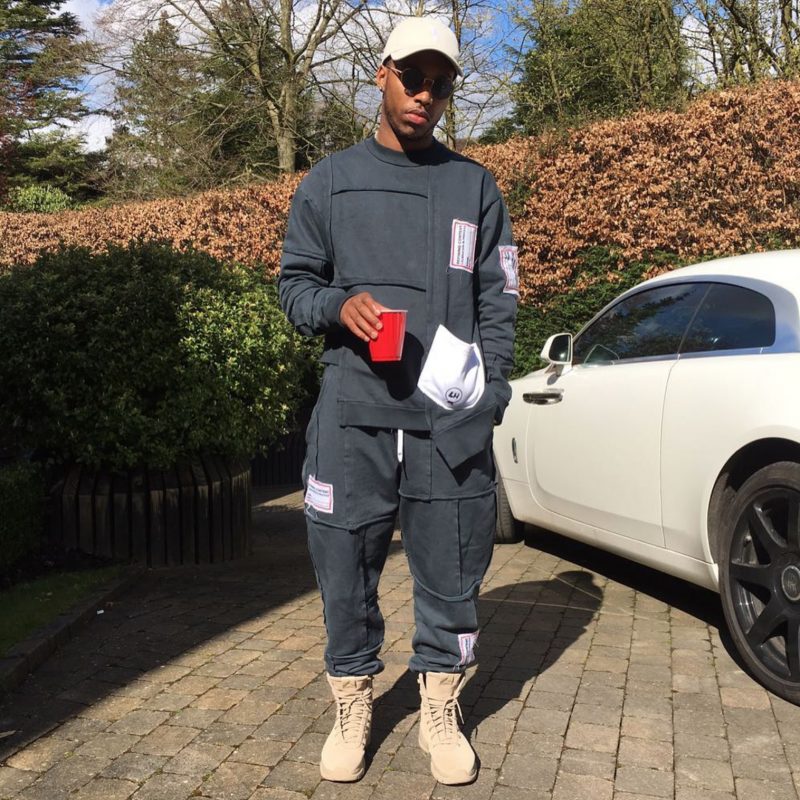 The OG of the game. Sturridge was once upon a time the only hipster in football, and whilst he still dons Liam Hodges workwear perhaps better than anyone else in the league, the game has caught up in recent years and he no longer looks out of place listening to PARTYNEXTDOOR in the dressing room. We’re here for the 2018/19 D Studge revival. 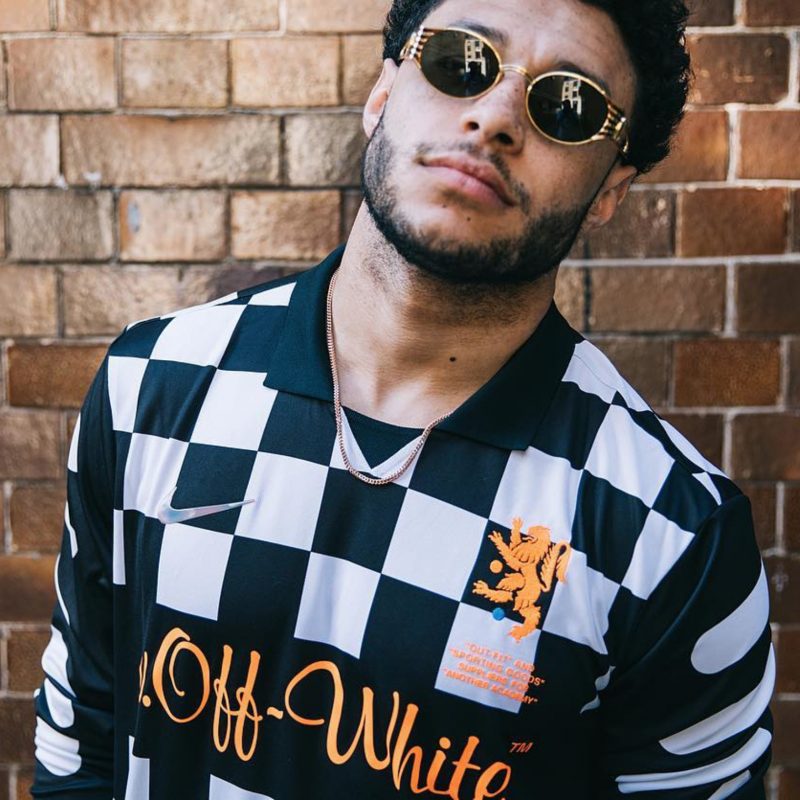 Out of the picture with injury for the new season, expect the Ox to take to the ‘gram this season. You can find him regularly pictured posted up in the latest season’s streetwear captioned with Popcaan or Alkaline lyrics. 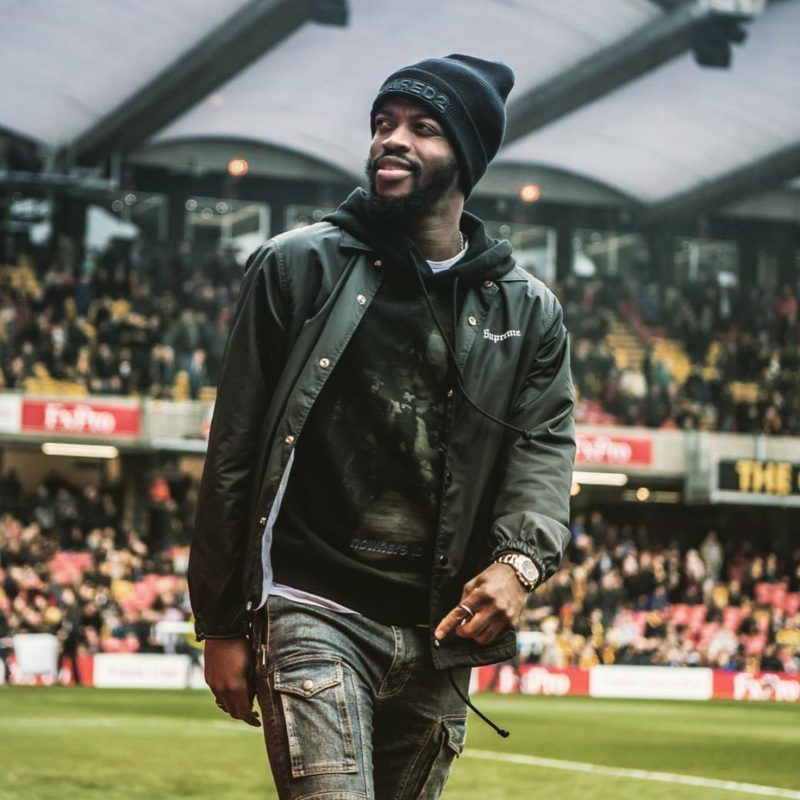 A product of Chelsea’s never ending supply of young talents, Chalobah made the switch to Watford permanent in 2017 and hasn’t looked back. The Dsquared2 and Supreme-wearing midfielder is set for a big season as he looks to secure his status as one of the Prem’s brightest young ballers. 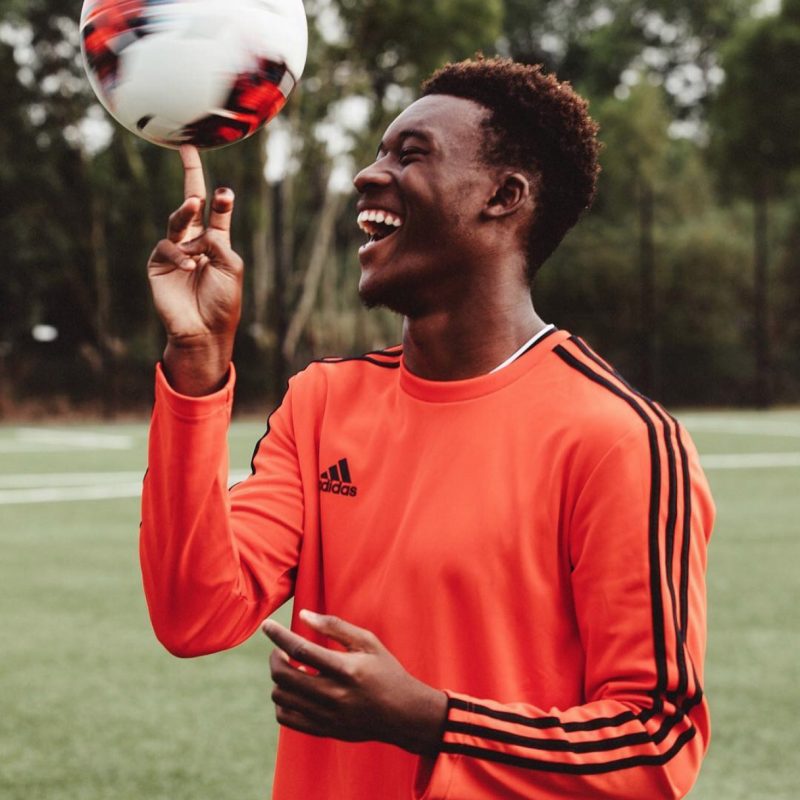 Few players have as much hype around them than Hudson-Odoi at the minute. Just for his tek on the pitch, the Chelsea and England U17 wide forward could comfortably sit on this list, but throw in his penchant for a Smokey Barbers trim and clean sportswear ‘fit and he’s a certified baller. 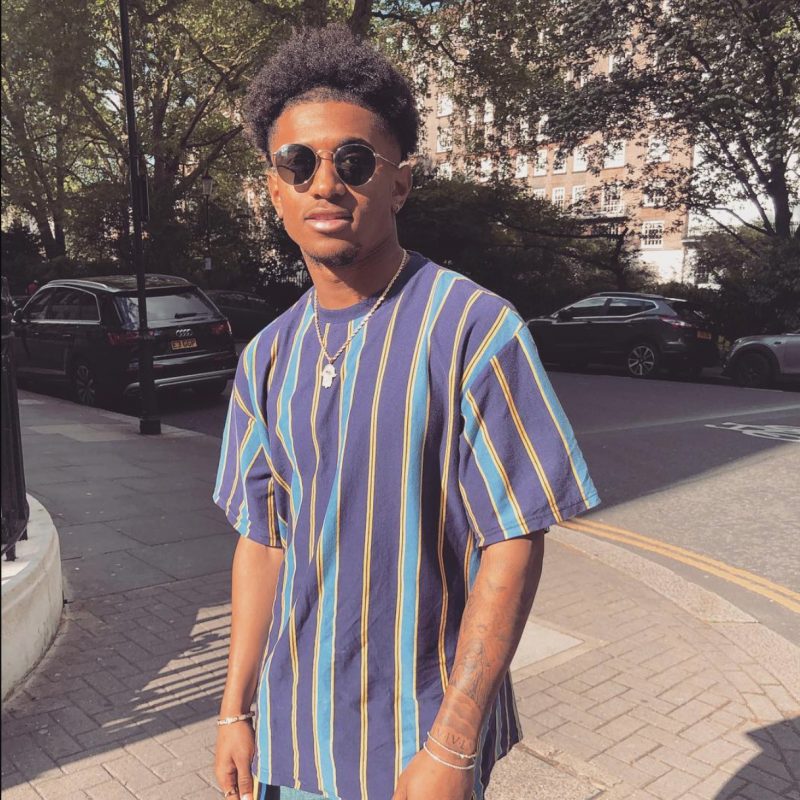 The 18-year-old Arsenal star has long been heralded as a future star for the Gunners, and with a handful of first team appearances now under his belt, the Elephant and Castle-born winger is getting show and prove that the Insta-drip is warranted for this young baller. 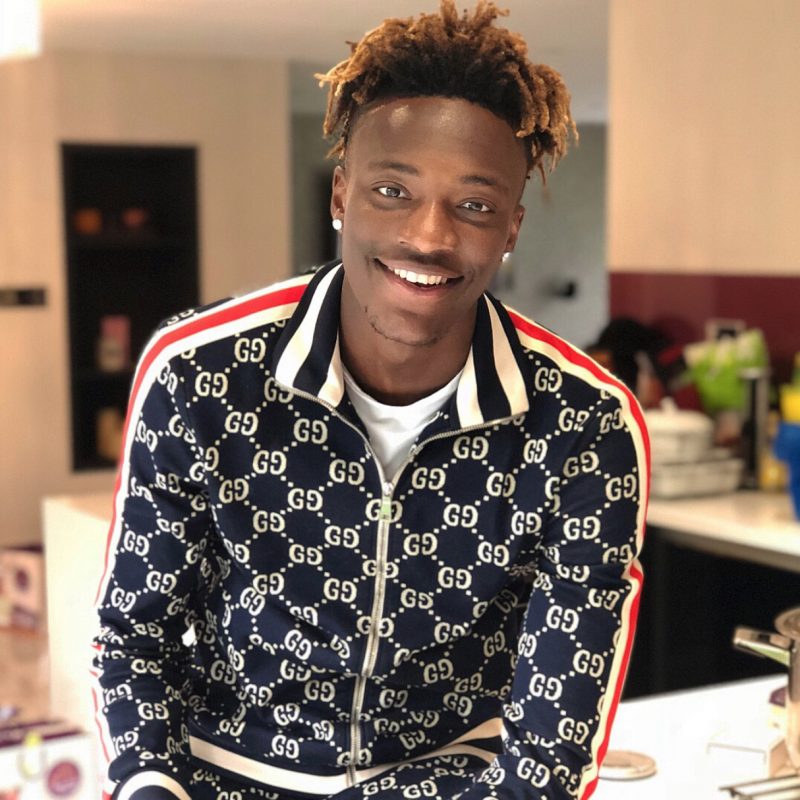 Coming a long way since his days in Camberwell, Chelsea academy product TA19 has been patiently awaiting his opportunity in the first team after loan spells at Bristol and Swansea – and 2018 might see him get the chance. Tammy spent the summer break living his best life in Dubai and Turkey’s now infamous Nusr-Et. 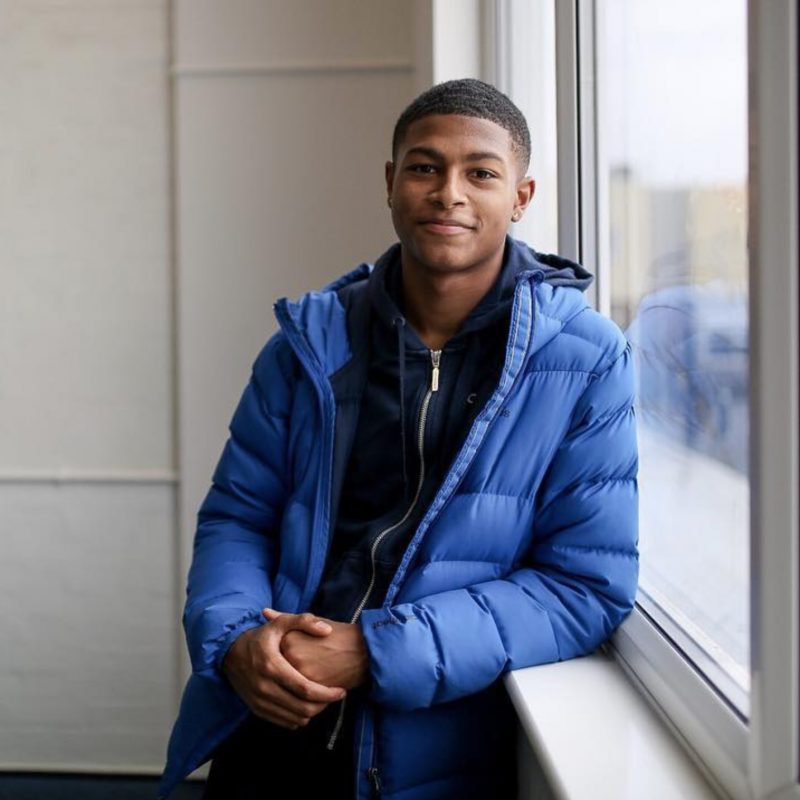 A World Cup champion, a vocal advocate for equality in football, the story of Liverpool’s Rhian Brewster is an exciting, and wavey one. He’s next up. 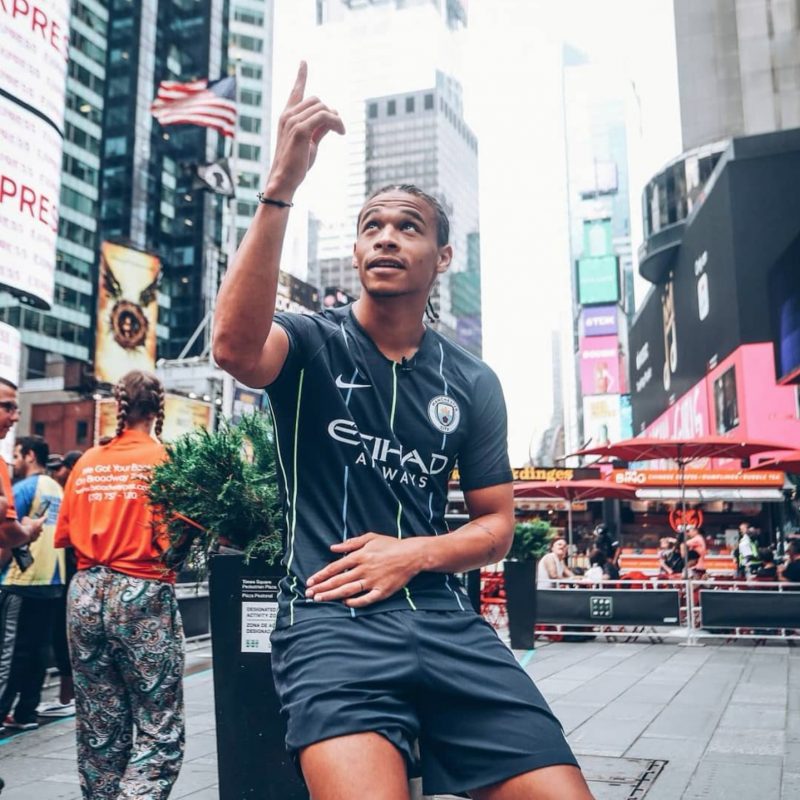 Germany’s loss this summer was Instagram’s gain. While Die Mannschaft was malfunctioning in Russia, Sane was stocking up on Supreme, wearing the latest Off-Whites and showcasing it all on the gram. Sane stays flexing. 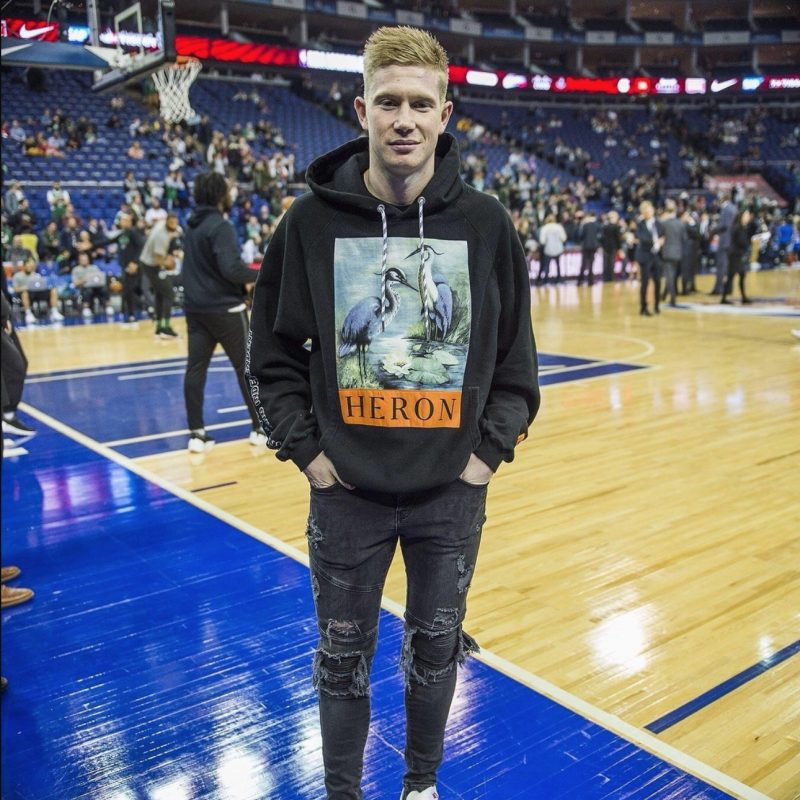 Undoubtedly one of the PL’s biggest ballers on the field, KDB’s Instagram takes us access all areas. Whether he’s celebrating a win with City, kicking back in front of the PS4 or chopping it up with Salt Bae, De Bruyne is here for your likes. 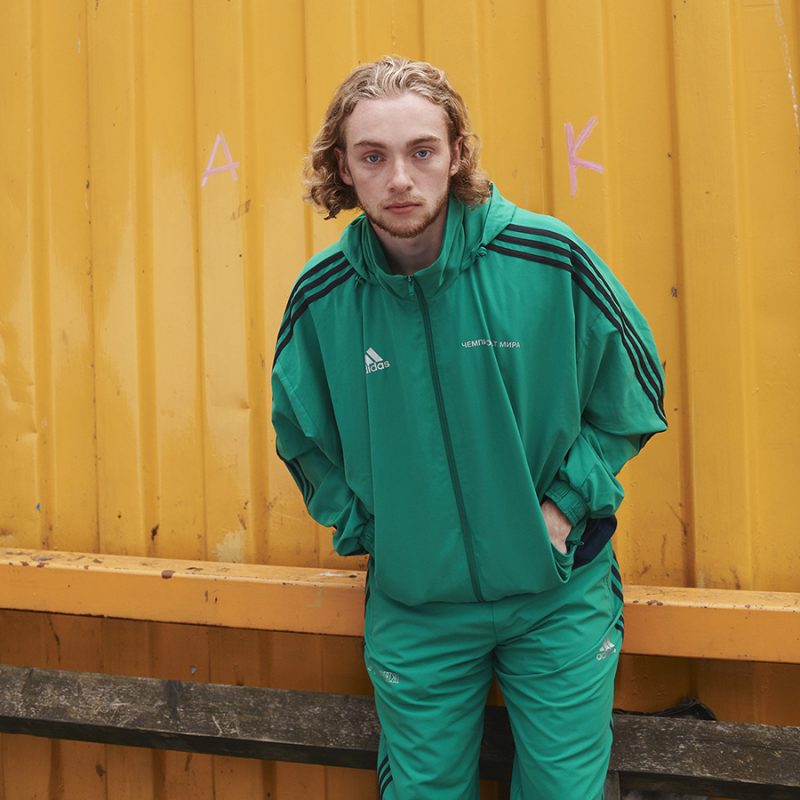 Tom Davies is establishing a reputation as one of the Premier League’s most unlikely streetwear heads. The Everton man is all too happy to step out in limited-edition collars, including adidas’ collection with Gosha Rubchinsky ahead of Russia 2018. 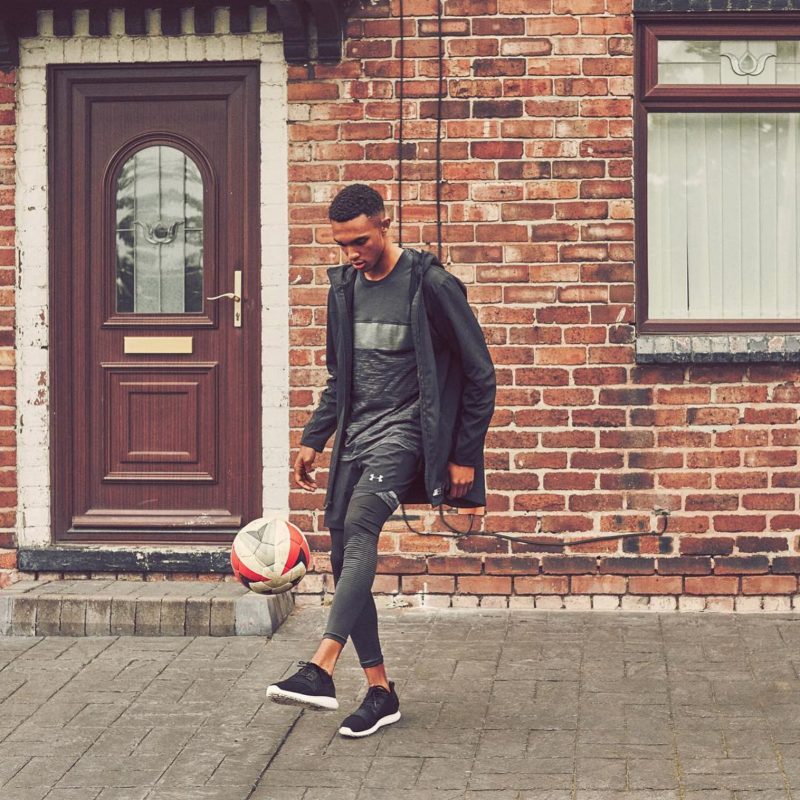 The 19-year-old had possibly the biggest come up of any young baller in the Premier League last year and Trent’s Instagram is a well curated behind-the-scenes look at life in the top flight. 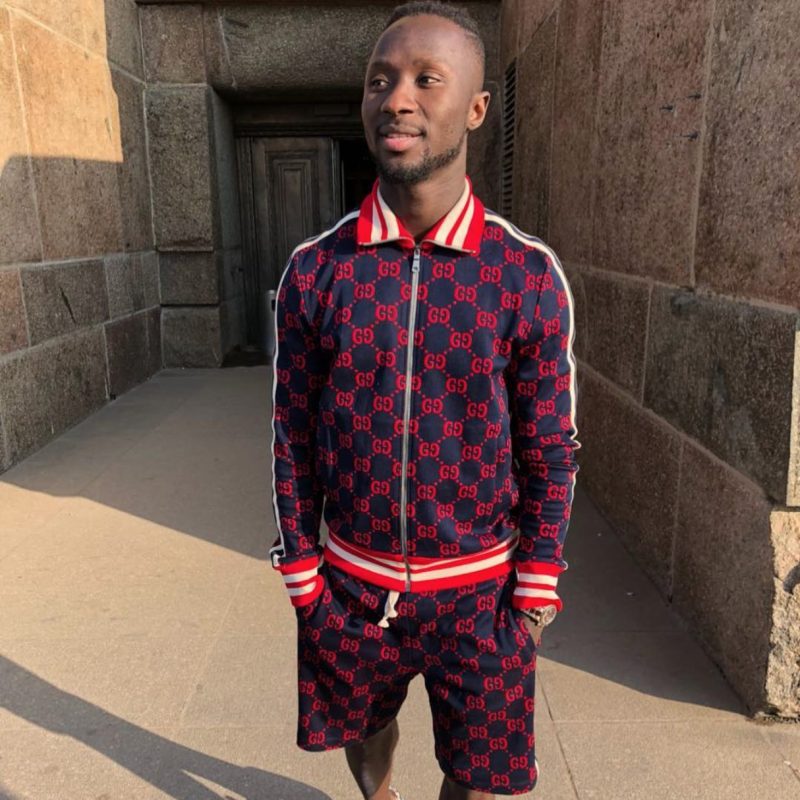