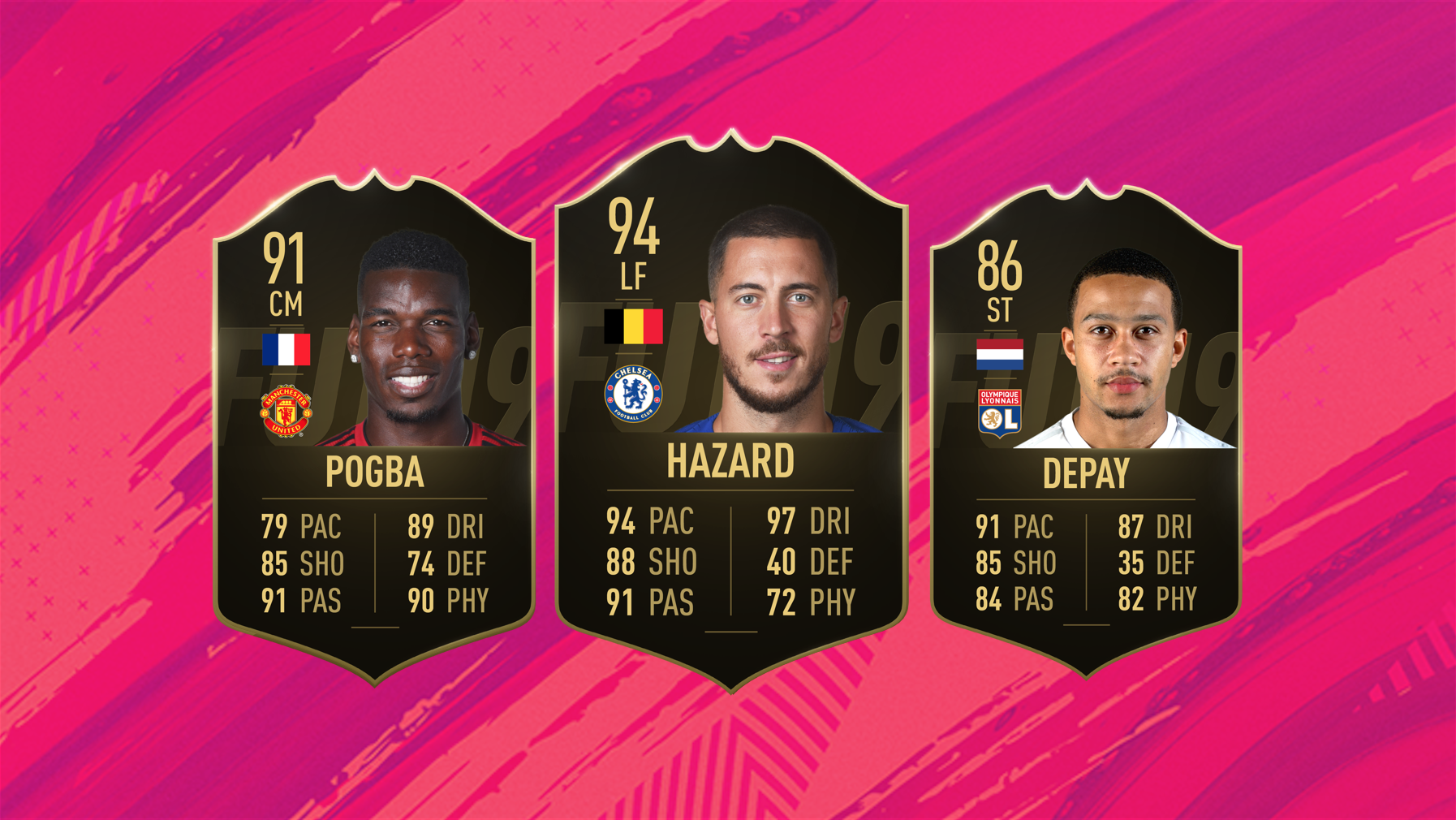 The world’s best ballers light up a stacked Team of the Week from EA Sports and FIFA 19.

The international break saw nations across the world prep for continental competitions, with European nations beginning the march to Euro 2020 and African teams racing to qualify for this summer’s African Cup of Nations.

While the Premier League might have hit pause, some of the league’s best talents kept on balling. Paul Pogba and Eden Hazard are rewarded for their performances with France and Belgium with big upgrades, while Ligue 1’s Memphis Depay completes a devastating front line.

One notable omission from the new Team of the Week is Raheem Sterling, who scored four goals in two games for England, including a hat-trick against the Czech Republic.

The new Team of the Week is available tonight from 6pm.