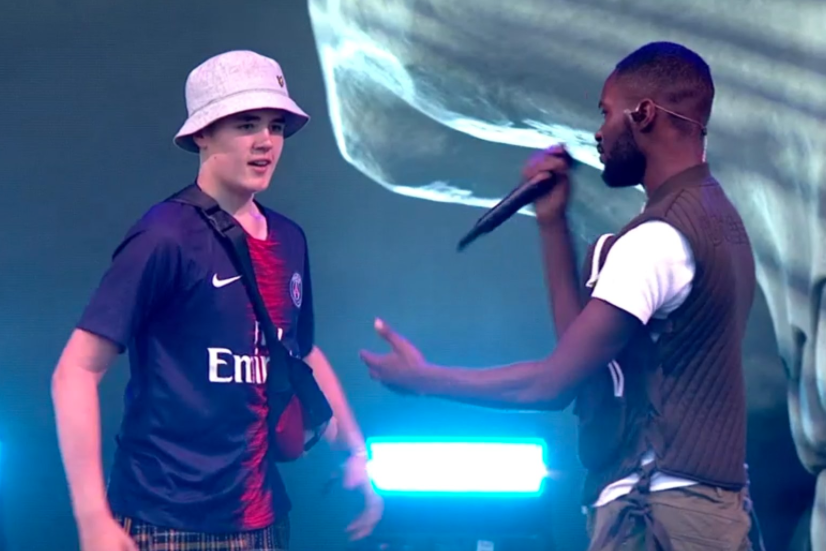 Taking to Glastonbury’s “Other Stage” to perform a medley of his back-to-back bangers and chart topping hits, Dave was in full flow, but without AJ Tracey to perform the track that arguably launch his career, “Thiago Silva”.

Well known for bringing fans onstage with him at his shows, the 21-year-old rapper then invited a random fan up after spotting he was wearing a PSG home kit with Thiago Silva on the back and seemed to know the lyrics.

This kid in a PSG jersey just got on stage and performed “Thiago Silva” live with @Santandave1 at Glastonbury. Unreal. pic.twitter.com/YDiUGShkQ1

The fan, Alex, managed to handle the pressure of performing in front of thousands of people next to his idol and completely tore the stage up, rapping every bar of the track, including Dave’s.

Since the performance went viral on Sunday night, Paris Saint-Germain’s very own captain, Thiago Silva, has been in touch on Twitter to shout out Alex’s efforts.

Silva has since attempted to reach out to Alex, and followed Dave and AJ Tracey, who were gassed that, after three years since the track dropped, he’s finally made public his recognition of the track.

Thiago Silva has recognised Thiago Silva and now I have decided to retire. My work here is done

AJ tweeted in reply to Dave following Silva’s tweet: “same tbh that’s all we ever wanted”, to which Dave has then teased that a follow-up track titled “Kylian” after, obviously, PSG’s french forward Mbappé may exist.