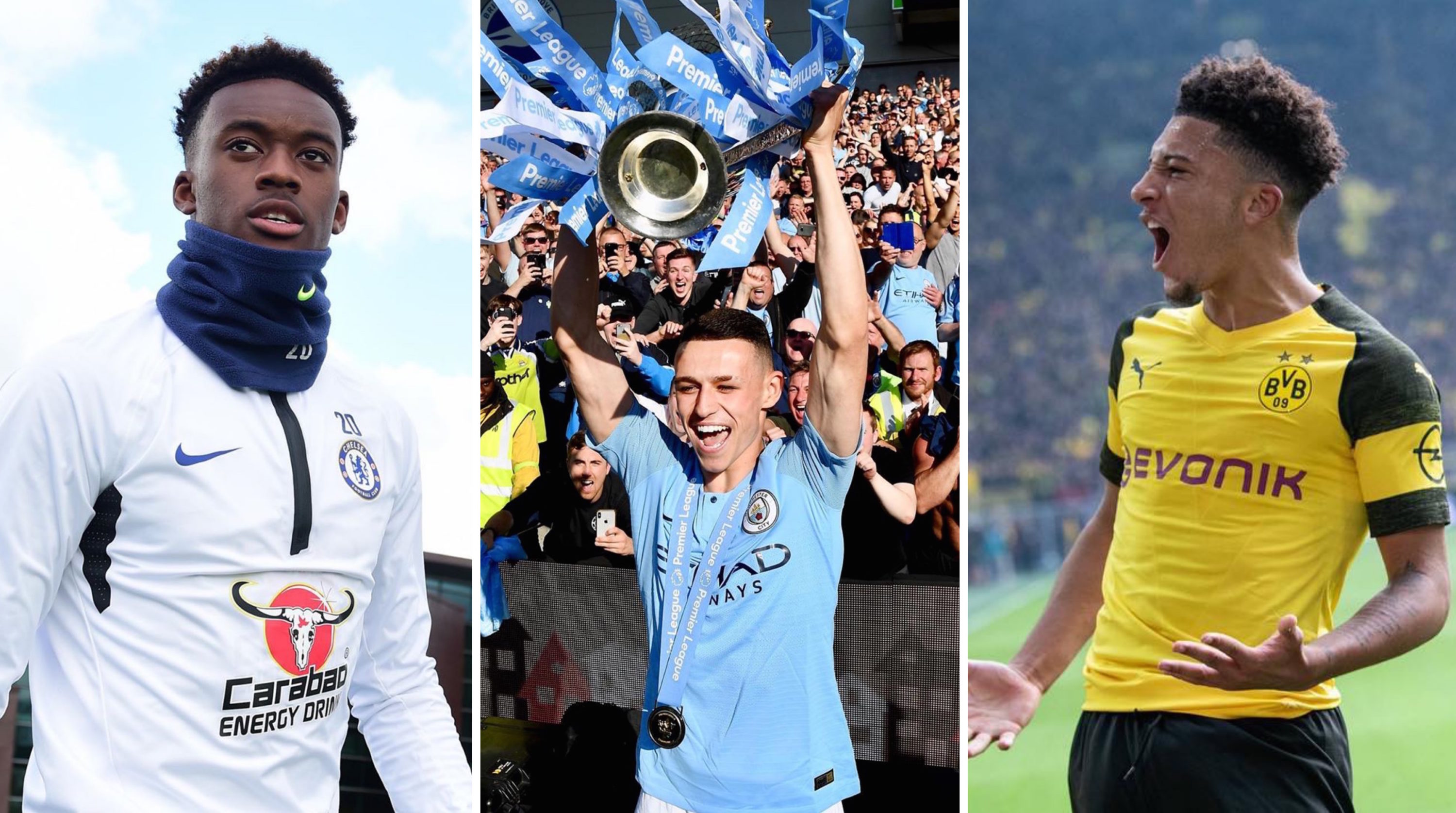 Jadon Sancho, Phil Foden and Callum Hudson-Odoi are among a wave of Young Lions included in the first wave of nominees to be crowned Golden Boy 2019.

The prestigious award crowns the brightest young baller in European football each year, and past winners have included the likes of Kylian Mbappé, Paul Pogba and last year’s winner, Matthijs de Ligt.

Sancho – one of the favourites to take home the Golden Boy prize – earns his place on the list after setting mad levels for Borussia Dortmund last season, directly contributing to 26 goals in Bundesliga, and making his senior England debut at just 18-years-old.

The 18-year-old baller gets a chance to show his sauce and he delivers with his first senior goal for Chelsea.

This kid needs to be playing. pic.twitter.com/FhCgtslcGD

Hudson-Odoi is recognised following a break out season at Chelsea that saw him shutdown the Europa League on a weekly basis, scoring four goals in nine games and ending the competition with his first senior winners’ medal. The highly-skilled Foden also had a big season, helping Manchester City to another Premier League win and scoring seven goals in all competitions.

The initial wave of nominees for Golden Boy 2019 is an 80-strong longlist, which will be whittled down until a winner is crowned towards the end of the year. Other notable ballers to have made the cut and fancy a shot at the overall title include Kai Havertz, Moise Kean and Vinicius Jr.

In total, the UK has 12 young stars up for the prize including Reiss Nelson, Eddie Nketiah, Oliver Skipp, Mason Mount, Morgan Gibbs-White and Dujon Sterling.

Young Lions are on the rise.