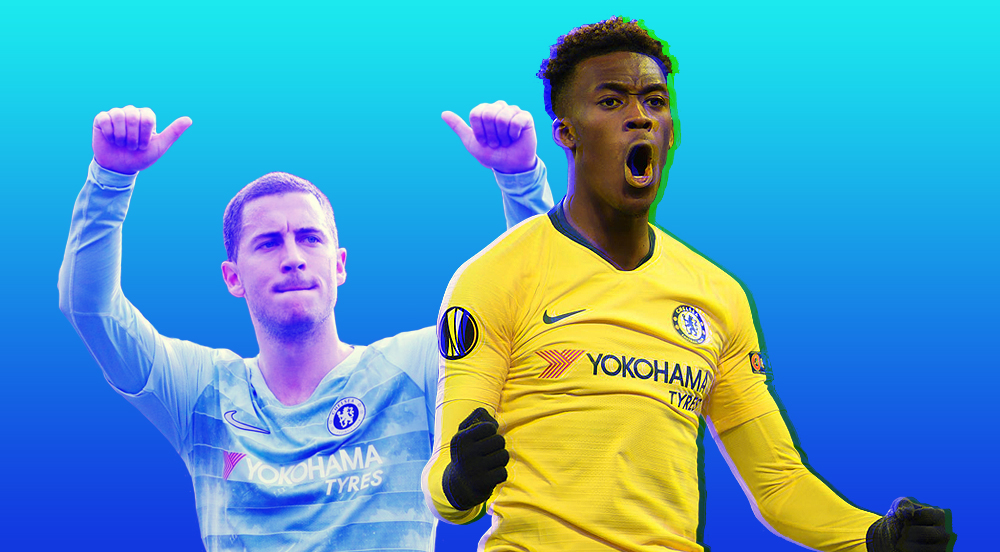 “I think it’s goodbye, time for a new challenge.”

With his post-match comments after cheffing up Arsenal one final time in Baku, Eden Hazard is finally saying goodbye to Chelsea after seven years of service at Stamford Bridge. Fresh from putting in another elite performance in the club’s Europa League final win, Hazard confirmed one of the worst kept secrets in football: that he’s leaving the Premier League, with Real Madrid proving the most likely destination.

It’s a richly deserved move, and he leaves the club a modern day legend following what’s probably been his coldest season in a Chelsea shirt – but that doesn’t make his exit any easier to swallow for Blues fans. The Belgian has been the team’s stand out player for several years, his excellence the one true consistency at an often inconsistent club. Already, Chelsea fans are asking what comes next.

And while David Luiz remarked that only “Lionel Messi or Ronaldo” could replace Hazard’s talent at Chelsea, there’s one player that stands out ready to be the face of a new era at Stamford Bridge.

“Callum is great. Callum has known this club since he was young and he has the talents to one day be like Eden,” Luiz said after the final whistle. After a breakthrough season it sounds like there’s an expectation from the club’s senior players towards Calteck now, who has serious ambitions of filling in the void that Hazard will leave – reportedly requesting Hazard’s number 10 shirt already.

We all know he’s got the raw talent to step up. While a move away from Chelsea has long been mooted from way before his Achilles injury – with a transfer request made and Bayern Munich hovering around the 18-year-old – all the signs are now pointing towards Hudson-Odoi staying on at his boyhood club.

On the team bus after the game, it was clear it wasn’t just Luiz who felt this sentiment towards Hudson-Odoi. The entire senior team sang his name in celebration, with a shout of “sign the contract” also heard echoing in the video below.

Chelsea squad singing Hudson-Odoi’s name following the Europa League victory with a shout of ‘sign the contract’ in the background. Love this club. ??? pic.twitter.com/Acr9vgt5LX

And while Hudson-Odoi’s ability to ball out on the pitch rivals any other teenager in world football, it’s what he represents to Chelsea that’s also so unique. With a transfer ban looking like the club will be unable to dip into the transfer market and import new recruits, the West London club’s highly-talented crop of homegrown new gen players will finally be given a chance to make their mark on the first team.

On the back of a breakthrough season, Hudson-Odoi – along with Ruben Loftus-Cheek – will hopefully be one of the players to pave a pathway from academy to the first team. Hudson-Odoi’s success on the senior stage could provide a platform the likes of Tammy Abraham, Reece James and Ethan Amapdu to show the world – and Maurizio Sarri – what the new wave can do once they’re given trust and backing.

For a long time – and to great success on the pitch – Chelsea has been home to an international mix of elite players. Hazard’s departure – and Calteck’s rise – is a chance to put the club back at the heart of its community.

As Luiz commented in his post-match interview, “Some cycles finish, some cycles start.” Callum Hudson-Odoi is ready to lead Chelsea’s new beginning.