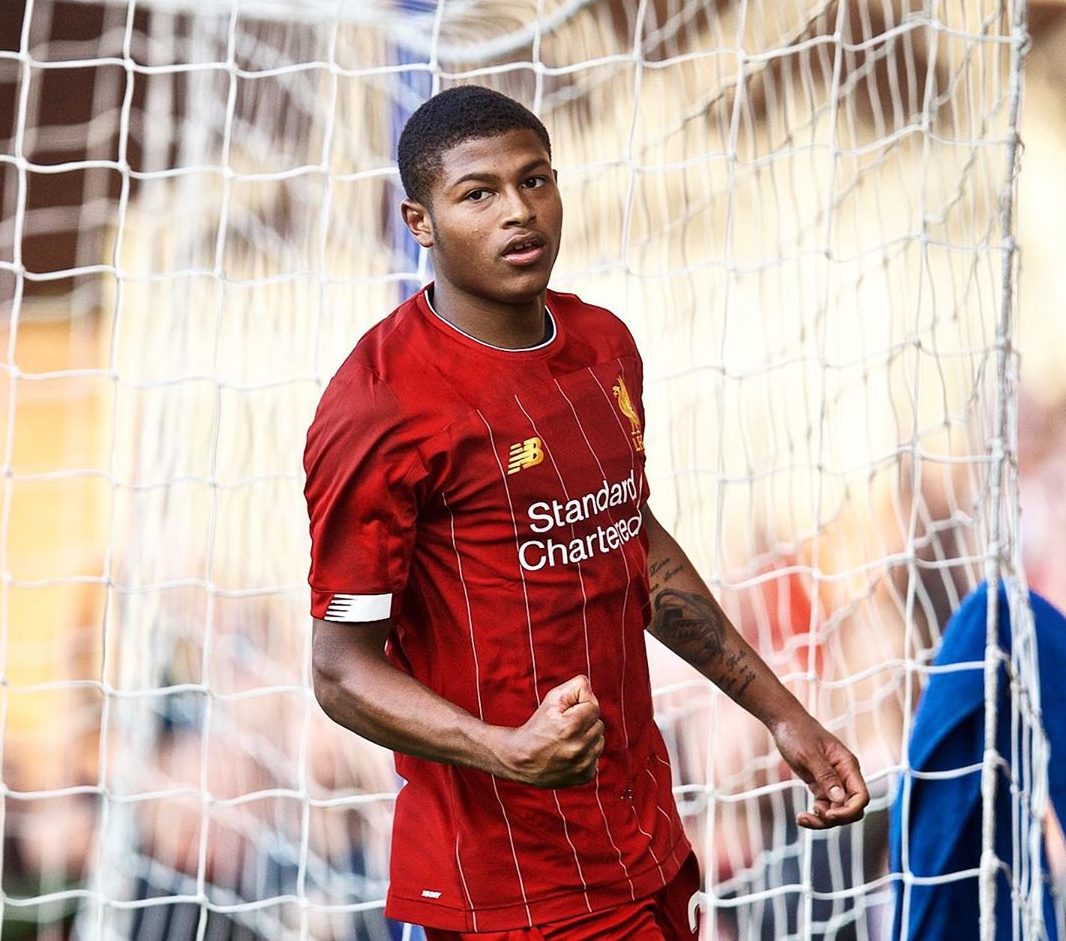 Dortmund and England star Jadon Sancho is backing his England u17 World Cup-winning teammate Rhian Brewster to make 2019/20 his breakthrough campaign at Liverpool.

Brewster has been on fire in pre-season after spending 2018/19 on the sidelines, having scored four goals in as many games during The Reds tour of the USA – and Sancho said there is more to come from the East Londoner.

“I feel like he can do it. I have played with him. I know how good he is. He causes defenders nightmares,” said Sancho. “He is a great player. I feel like he is at the right club, he is developing and he is still so young. He is developing and that is the main thing. Just give him the time and patience and you will see. I played with him a lot for England and he scored a lot of goals for us and I have assisted him. It’s a good thing for us to have someone like him.

“I knew the penalty was going in as soon as he put the ball in his hands. I’ve seen him do it all the time, top corner. I just knew what was coming. He spends time after training, practicing and practicing his technique. I always used to see him out on the pitches. Penalties, free-kicks, he took them all. Playing for Dortmund, I couldn’t say what was going to happen but I knew. He is very focused and all the time he is training lots.”

England have a new generation of young English ballers coming through at several top clubs, with the likes of fellow World Cup winners Sancho, Foden and Hudson-Odoi already having stepped up at Dortmund, Man City and Chelsea respectively.

Brewster looks set to be the next in line to do the same at Liverpool, and the Champions League winner joins the likes of Arsenal’s Eddie Nketiah and Manchester United’s Mason Greenwood primed to make their breakthroughs after making strides in pre-season. Eddie Nketiah has scored three goals in two pre-season games for Arsenal, and Mason Greenwood has put the Premier League on notice with his first senior goal for Man United.