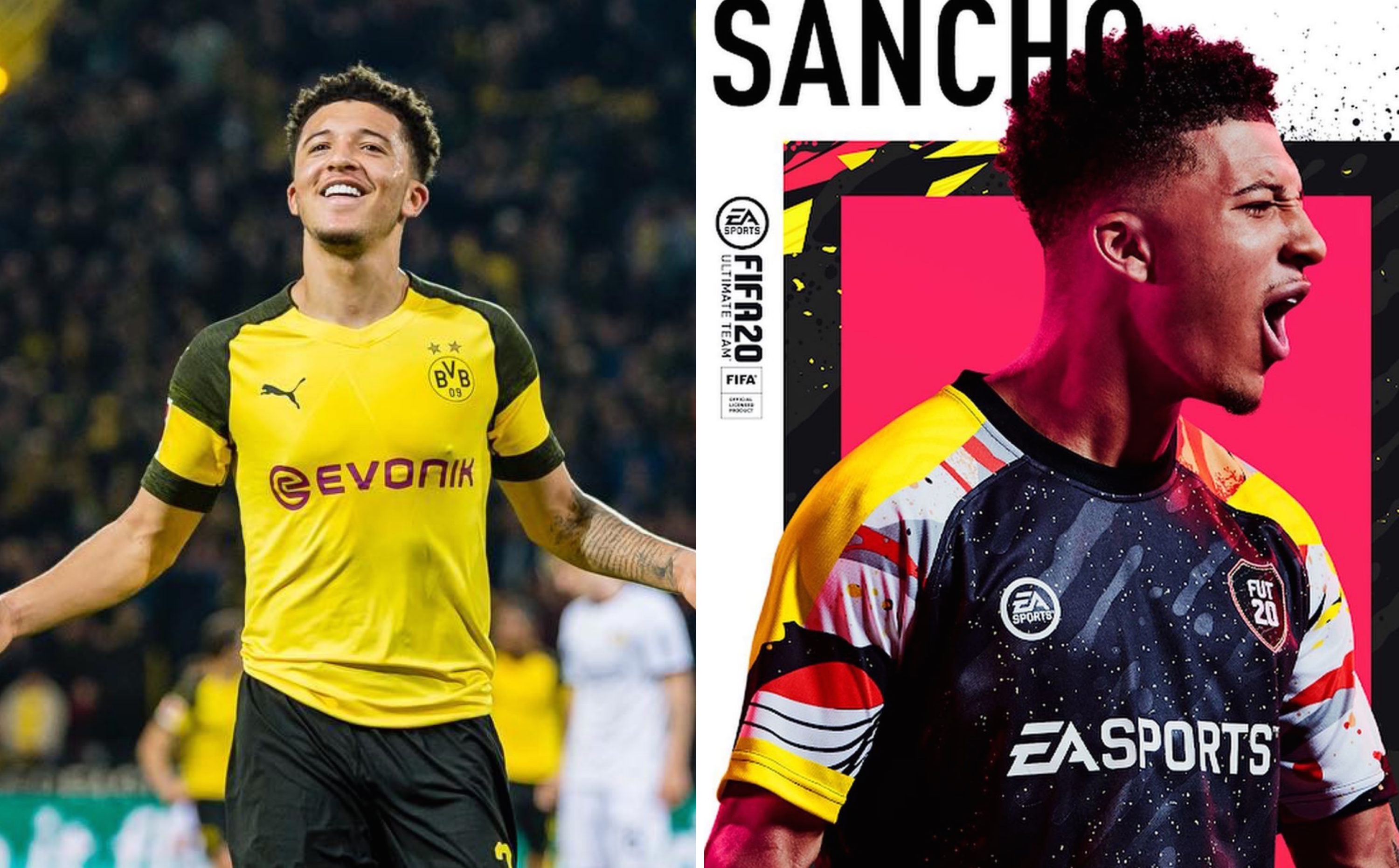 Jadon Sancho has been announced as one of the faces of FIFA 20.

The 19-year-old baller put the world on notice last season, scoring 12 goals and making 17 assists with Borussia Dortmund, announcing his arrival as one of the most important talents in the game right now.

Amidst rumours of interest from the world’s biggest clubs in the Camberwell-born forward this summer, it looks EA Sports also wanted to sign Sancho up.

As we count down the days to FIFA 20’s release on September 27th, Jadon Sancho has been confirmed as one of the lead ambassadors for this year’s FIFA Ultimate Team alongside Virgil van Dijk and Vinicius Jr.

Make sure you add me to your #FUT20 Squad 👀🔥 @easportsfifa Name a better 3!! @virgilvandijk @viniciusjunior From being a lil kid in South East London it was always a dream to be on a cover of FIFA! 🙏🏼

Putting up a post on his Instagram Story reacting to the announcement, Sancho confirmed he was living every kid’s dream by being on a cover of FIFA:

“From being a lil kid in South East London it was always a dream to be on a cover of FIFA!”

Sancho has featured heavily in the trailers build to FIFA 20 so far, and it looks that will pick up from here on in. The baller’s stand-out 2018/19 season was recognised heavily in FIFA 19, with Sancho receiving two in-form updates and making the Bundesliga Team of the Season.

What do you think Sancho’s rating will be in FIFA 20?