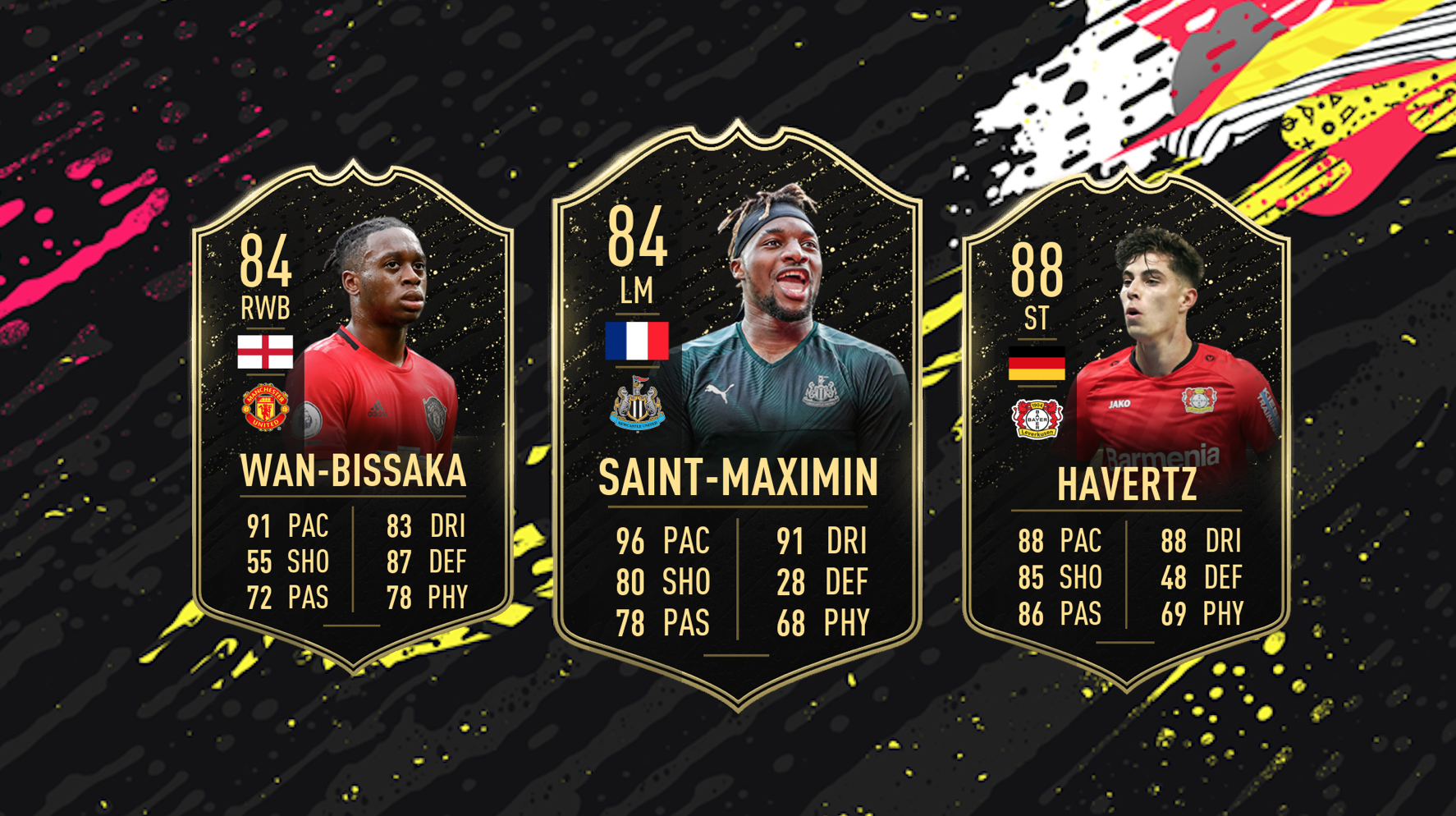 Allan Saint-Maximin has been blessed with his first Team of the Week card in FIFA 20 after bagging the winner for Newcastle United against Southampton last weekend.

The fleet-footed frontman has been one of the Premier League’s most entertaining players all season and his third goal of the campaign was enough to hand him a stats boost on FIFA Ultimate Team, with his new card boasting stats of 96 pace and 91 dribbling.

Elsewhere, Aaron Wan-Bissaka has received his second TOTW card after pocketing Raheem Sterling for 90 mins in the Manchester Derby last weekend. Kai Havertz, one of the sauciest young ballers in Bundesliga, also receives a beast upgrade to 88 overall and a new striker position.

It's finally here!#TOTW 26 is now available in packs.

Thank you for your patience. #FUT20 pic.twitter.com/8CA4hSJD09

In what is surely one of FIFA 20’s best TOTWs for a minute, Sadio Mané, Ross Barkley, Thorgan Hazard and Aaron Ramsey also get a stats boost.

Get a full look at the new Team of the Week above. Players are now available in packs on FIFA 20 Ultimate Team.