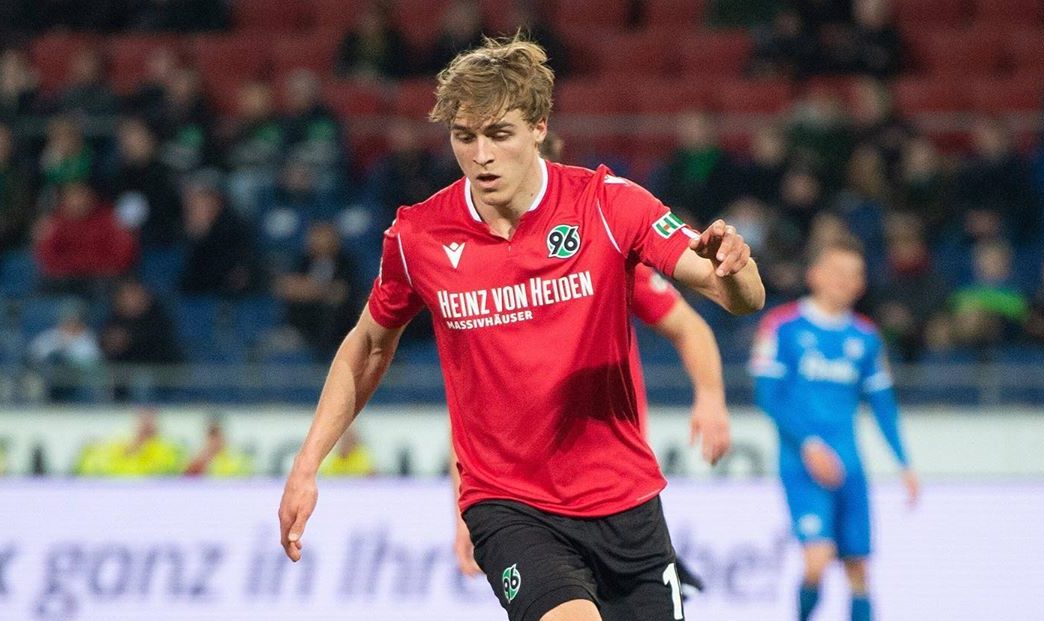 Hannover 96 centre-back Timo Hubers has tested positive for coronavirus, the club have confirmed – making him the first professional football player to be infected by the virus.

The German defender has been put in domestic quarantine while his teammates continue preparation for their next 2. Bundesliga encounter against Dynamo Dresden.

When he learned that someone he was with at the event had tested positive for Coronavirus, he went into self-quarantine and contacted the doctor.

“It is assumed that Hübers got infected at an event in Hildesheim on Saturday evening. Since the 23-year-old has had no contact with his teammates since the infection, which can be precisely localized, it cannot be assumed that teammates have become infected with him. Nevertheless, we will act responsibly – the entire professional squad, trainer team and staff will be tested for the virus as a precaution,” the club said in a statement.

“Timo behaved absolutely exemplary. He himself shows no symptoms up to now. When he found out before that a person who had been with him at the event was tested positive, he reported directly to the doctor and temporarily went into quarantine at home,” Gerhard Zuber, sporting director of Hannover 96 said.

The news follows several games around Europe being postponed or played behind closed doors. Serie A and Ligue 1 games have been suspended until April, and tonight’s Premier League fixture between Arsenal and Manchester City has been postponed as a precaution.

Several European federations have also ask UEFA to postpone EURO 2020 until 2021, in order to complete their respective championships.

For more information on all the questions you may have on Coronavirus, get advice from the NHS here.