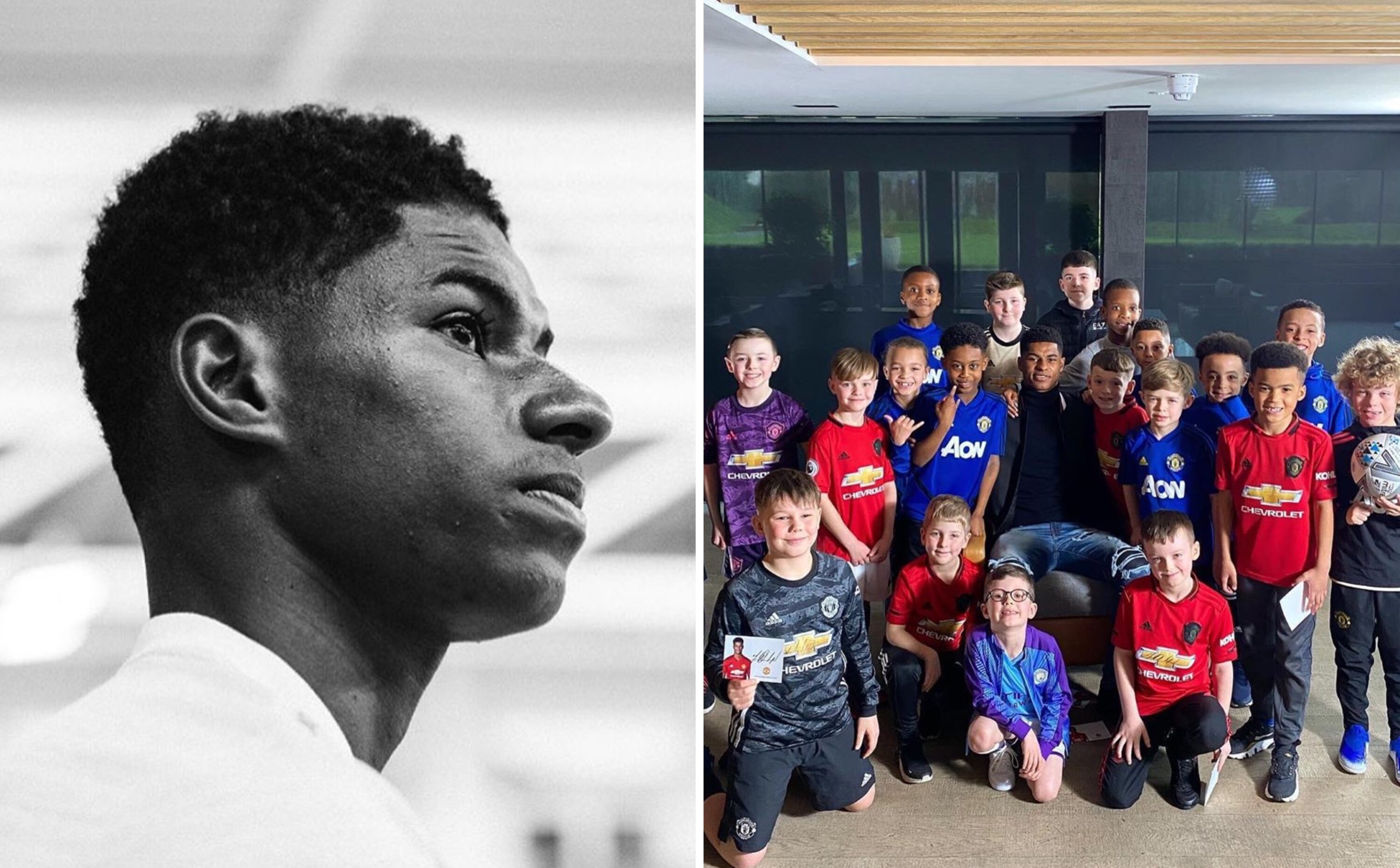 Marcus Rashford is stepping up his efforts to make the world a fairer place with the launch of a new Child Food Poverty Task Force that will work to end child hunger in the UK.

The Manchester United and England hitman has started the task force with the support of 12 leading supermarket and food brands – including Tesco, Asda and Deliveroo – to propose solutions on how to lift 4.2 million children out of food poverty, and to apply pressure on the government to implement such suggestions.

The 22-year-old launched the task force with an open letter to MPs, calling on them to make three policy changes:

1. Expansion of free school meals to every child from a household on universal credit or equivalent, reaching an additional 1.5 million children aged between seven and 16

2. Permanent expansion of free school meals provision, so children are guaranteed meals outside of term time

3. Increasing the value of the Healthy Start vouchers to £4.25 per week (from £3.10) and expanding into all those on universal credit or equivalent, reaching an additional 290,000 pregnant women and children under the age of four

Speaking on the launch of his new initiative, Rashford said: “As a sportsman, I have always found such power in unity and teamwork, and I’m thrilled that such influential voices have put any allegiance aside to join me on my mission to move the conversation of child food poverty forward.”

The baller made headlines earlier this year when he forced Prime Minister Boris Johnson into a very public U-turn over his free school meals policy, securing food for children over summer at the height of the COVID-19 pandemic.