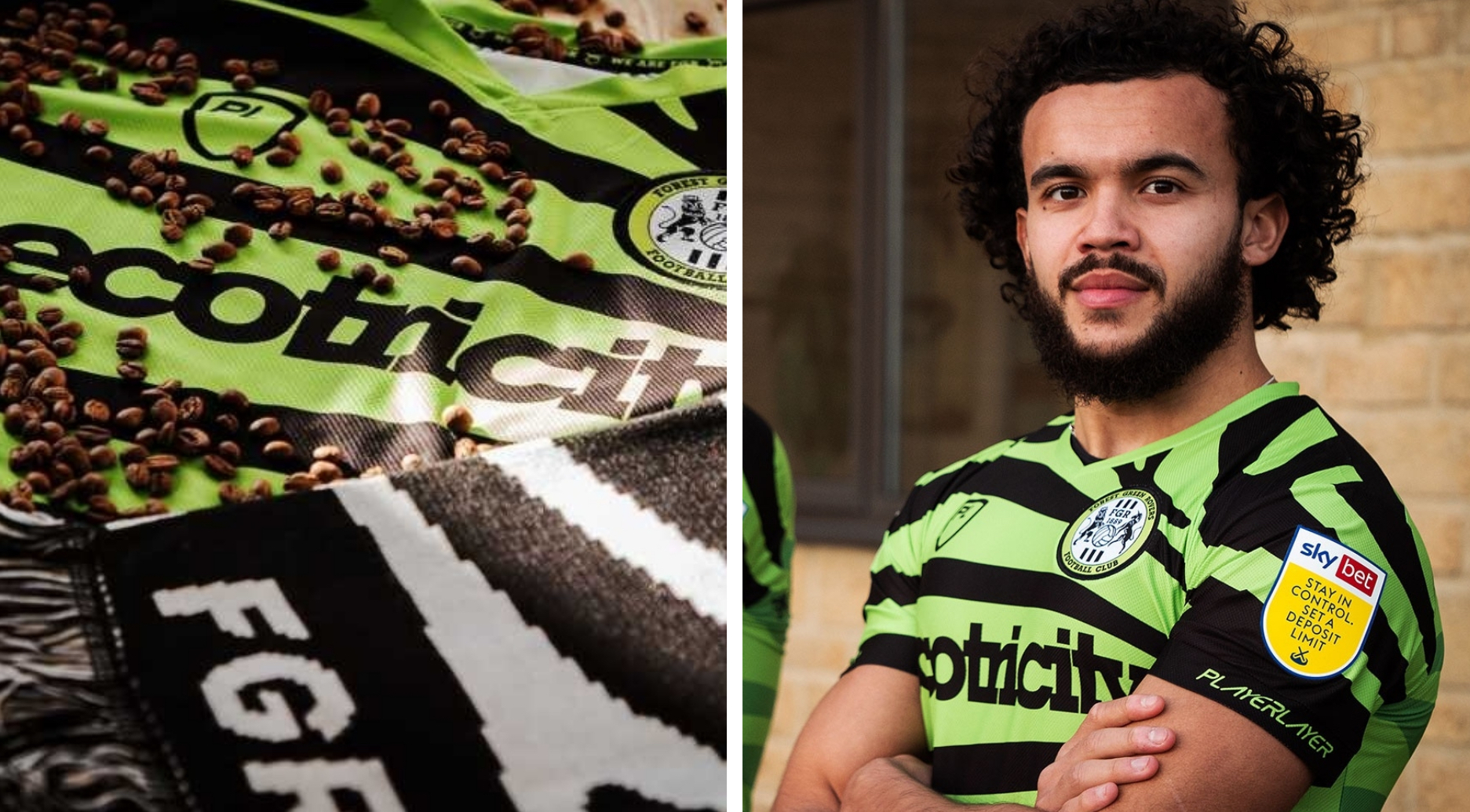 Forest Green Rovers have reaffirmed their commitment to being the most sustainable football club on the planet by unveiling an innovative new kit that’s made from waste coffee grounds and recycled plastic.

The club – which went climate neutral in 2017 and has been certified as the greenest club in the world by the United Nations – has been working with its kit partner PlayerLayer to investigate new fabrics to manufacture football kits, after dropping the world’s first kit made from bamboo two years ago.

The result of their work is a new prototype made from 35% recycled coffee, and 65% recycled plastic. Technically, there are three cups of coffee in every jersey and it’s been found to be lighter, breathier and more durable than the club’s current kit.

Forest Green Rovers, currently in League Two, will pilot test the prototype kits in a match against Colchester this weekend (February 27th). The club will sell the match worn limited-edition prototypes with a very special coffee blend from its local rosters, the Cirencester-based Rave Coffee, and proceeds will be split between Gloucestershire NHS and One Tree Planted.

Forest Green Rovers made headlines last year when Hector Bellerin became the club’s second-largest shareholder. Bellerin, a proud environmentalist, invested in FGR because he believed in the club’s mission to make football sustainable.