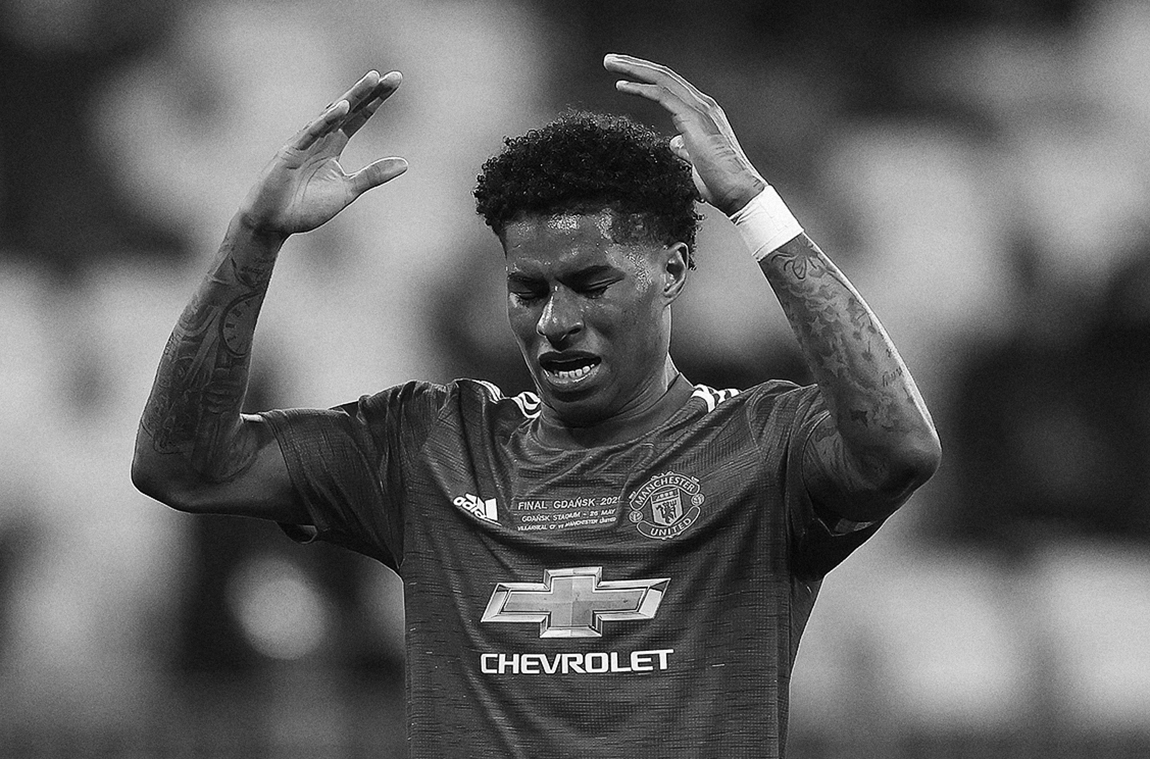 Football is a game of many emotions. You can go from the edge of your seat in jubilation to your whole sofa swallowing you in sadness. These feelings are heightened in the most high pressure moments. The international tournaments, the big derby games, the cup finals.

Our future mood and narratives are often in the hands of 22 individuals who go out and entertain us. It’s a complicated construct. For them it’s about pride, competing and feeding their families. For us, as fans, it literally means everything.

It’s easy to forget that the 22 men or women on the field of play are just human beings and they have their own world off the pitch. They may have issues affecting performance. They, like many of us, may not even want to be at work that day. To fans, they are there to make sure we don’t feel embarrassed in front of our friends. Football and professional sports may be the only profession, or one of the few, where you’re expected to be at 100% output in every single second.

When things go well, our favourite players are celebrated. When they go wrong, they are criticised. Criticism is something all professionals are used to. You don’t make it to the top of the game without it.

Where the real issue lies is with abuse and agendas.

The Europa League final yesterday didn’t end the way the majority of people thought it would. Manchester United were supposed to impose themselves and their seniority on a smaller Villarreal team. However, the underdog story that makes us love the game came to pass. Villarreal with their dogged approach managed to defeat the Red Devils. History was made for the small Spanish club and in the process, an inquest began for the Mancunian club.

Watching the game as a neutral, many things unsettled me. With penalties an almost certainty, I began to fear for the Black players in the team. Wan-Bissaka, Tuanzebe, Rashford. If they missed, would they be blamed for the loss? Would they be subject to racial abuse? All scored, yet abuse was still en route. Namely for United’s golden boy in Marcus. After a long season of injuries and playing when he probably should have been rested, the season finale was one that he may never watch on tape.

His performance was a shadow of the player we know. Touches did not work, chances were not converted, confidence was low. But an athlete of his calibre can accept that. This is a kid that’s gone through real hardship and setbacks to become the man he is today. The real issue is him receiving racial abuse after the game from his own supporters.

We talk about social media blackouts and advocating for the punishment of abuse, but the sad reality is that abuse has now become a norm. Read that again. It’s not far-fetched at all to think that Black players play with fear, knowing that a bad performance would result in someone digging them out due to the colour of their skin. It’s bad enough that hit-pieces within the media are a thing to discredit your character, but racial abuse from those who should be uplifting you on top of that is disgusting.

There is always a lot of talking and not a lot of doing. However, we need to address some home truths here. As much as football can really play on our emotions, we need to check ourselves and others. Football can be our lives, but we always need to respect the individuals who go out and play. We should be able to recognise that we can criticise without stepping over clear and visible lines. And when these lines are overstepped by a small minority, we need to call it out.

Whether it’s nonsensical Twitter threads or agendas portraying things in a malicious light, if we truly love football, we need to protect the players that make the game what it is. We have called for social media change for long enough. This may take time but from a grassroots perspective, some instant changes can be done.

Call out the bullshit. Educate others on the reality of the game. Think about what if the shoe was on the other foot. Really understand where the game could be going if players perpetually live in fear of abuse. Where can the game end up? Players no longer wanting to play? A reduction of players entering the sport? Then what happens to our beautiful game?

Football is beautiful in many ways, but we can’t allow ugly practices to blemish this sport. Footballers are human too. Footballers are like you. Wealth doesn’t mean you have thicker skin and popularity doesn’t mean you should be treated differently to everyone else when it comes to core principles. Respect is respect. It is possible to criticise without crossing the mark. Let’s continue to educate ourselves and others before the game completely goes left.

There is no football without fans, but the game doesn’t exist without the players too.