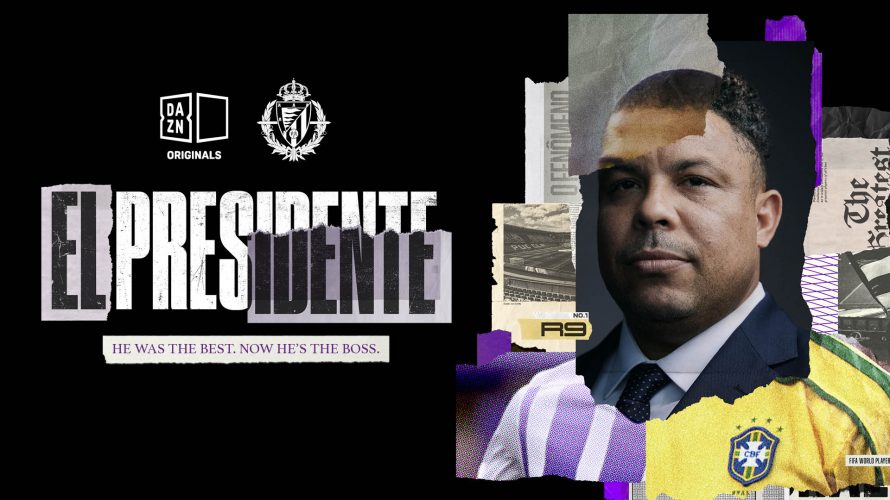 Launching globally on DAZN between 2021-23, the first project in the agreement is ‘El Presidente’: a six-part docu-series that goes behind the scenes of Ronaldo’s current life as President of Real Valladolid, featuring unprecedented behind-the-scenes access into the current life of one of the game’s true GOATs.

The six-part series follows Ronaldo through Valladolid’s first full season with him at the helm of the club as president. Narratives detailing the highs and lows of Ronaldo’s own playing career are weaved throughout the debut doc-series with help from several of his former teammates and footballing icons such as Roberto Carlos, Dida, Pep Guardiola, Boudewijn Zenden and Javier Zanetti.

“Ronaldo remains one of the greatest football players of all time, an inspiration to a generation of sporting heroes. His remarkable story will connect with DAZN’s global audience of football fans around the world”, said DAZN’s Chief Operating Officer, Ed McCarthy.

“This is a once in a lifetime opportunity for me to tell my story” added Ronaldo. “Throughout my career, I have been fortunate enough to partner with many global sports brands and I feel DAZN is the right partner to help me bring my story to fans around the world.”

‘El Presidente’ is set to be followed up by further deep dives into the glittering career of one of the game’s best-ever players, with the subsequent releases set to follow up in 2022 and 2023.

Get a closer look at ‘El Presidente’ via the trailer below.

He was the best. Now he's the boss.

‘El Presidente’, a six-part docu-series that goes behind the scenes of Ronaldo’s current life as President of Real Valladolid, brought to you worldwide on #DAZN May 20. pic.twitter.com/YWVteMSgtz